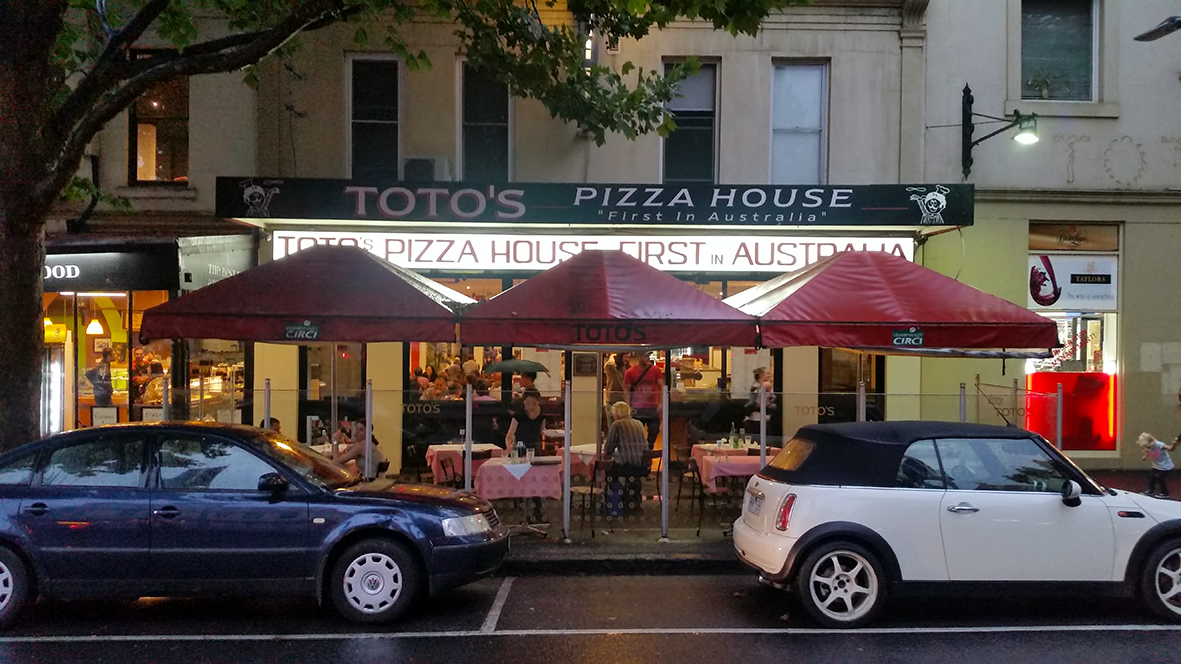 It’s an institution, part of Melbourne that hopefully will live on forever, and a name that is known by most Melbournians. After all, Toto’s Pizza House has been inducted into the World Pizza Hall of Fame and is credited with changing the image of Lygon Street, who wouldn’t have heard of it?

Lovingly referred to as simply ‘Toto’s’, it is the first pizzeria established in Melbourne, Australia, opening for business on 7 July 1961 in Lygon Street, Carlton, Victoria, where the business has remained since.

Toto’s was originally owned by Salvatore Della Bruna, who operated the business in partnership with Franco Fera and in 1968 with Silvio Tuli and Salvatore Mercogliano. Successful, and well respected, business man, Mario Bandera, also played a large part. In 1983 the business was purchased by the present owner and Managing Director, Sami Mazloum.

Silvana Mercogliano, the wife of former owner Salvatore Mercogliano, credited Toto’s with changing the image of Lygon Street from an area with primary appeal to European migrants, commonly referred to as New Australians in the 1950s, to an eating destination of mainstream Australians in the 1960s. Professional historians have credited Toto’s Pizza House with contributing to the development of pizza as an Australian fast-food staple. 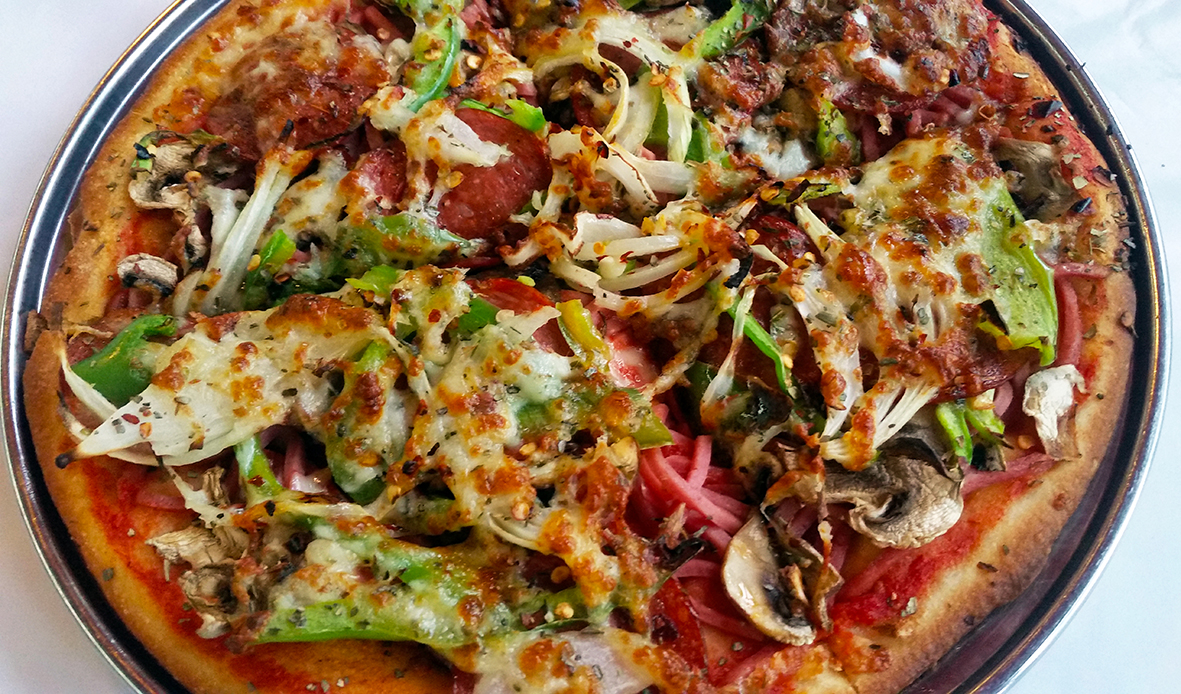 I remember my first ever dinner date was at Toto’s, and wow, I felt so special. I can’t remember what I ate on that date, but I remember the feeling of being taken to such a well-known restaurant. I also remember, that for a simple Australian girl, being taken to an Italian (aka ‘foreign’) restaurant was also very special but also a little bit unnerving.

I have been to Totos many times since then but for some reason, my most recent visit had me reminiscing of old times.

Walking along the strip that is the Lygon Street dining area between Faraday and Queensberry Streets, anxious restaurant staff are constantly pulling and dragging at you and directing you to their menu boards, trying to entice you in their door rather than the restaurant next door or further down the street. It is damned annoying and it really puts me off. I understand a buck is a buck and that bucks are hard to come by when you are in the restaurant trade, but seriously guys, leave me alone. If i want to look at your menu board or eat at your restaurant, I will, and it will be my choice. Your actions seriously drive me away at a fast pace and I would be very surprised if you get much business participating in such a practice.

When my dining partner had suggested going to Totos and grabbing a quick pizza before going to our movie preview down the road, I didn’t need to be asked twice! 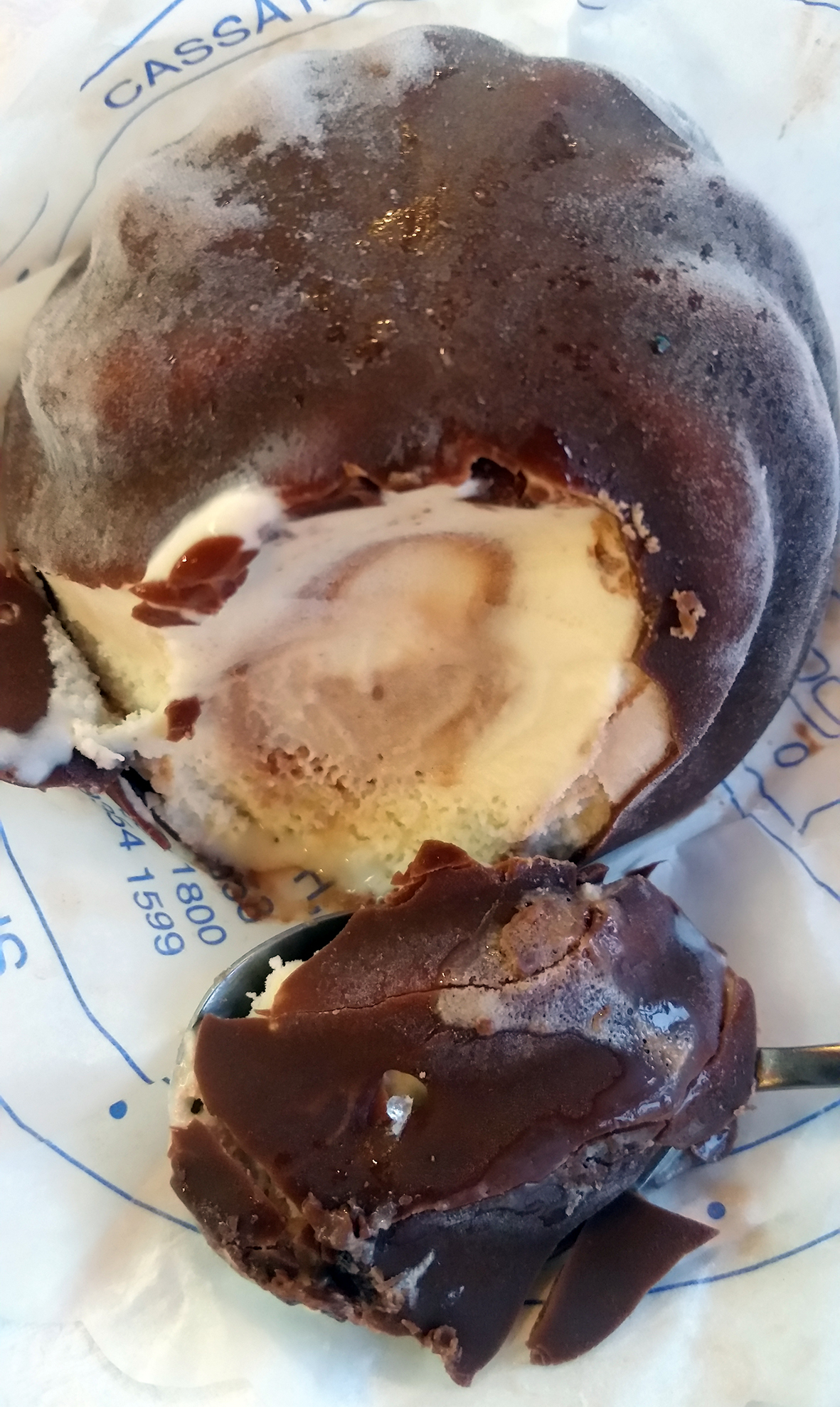 Ah, Toto’s, maybe it is because the place has a soft spot in my heart that I tend to overlook some of the things about this place that in a real restaurant review shouldn’t be overlooked. Things like the once bright red and white check table cloths for the outdoor dining are dull and showing well entrenched grime from the passing traffic, or that the seats have a bit of a wobble, or that the walls inside could do with a bit of livening up. To me, things like these don’t matter, well, not at Toto’s.

What matters to me is the vibe of this place, and the food. From the minute I am seated, I get the feeling that I am part of the family, and that maybe my nonna or nonno are inside cooking their famous tomato sauce and that my fratelli, sorelle e cugini will be dining with me loudly overtalking each other and waving their arms around as they speak while my madre e padre are telling everyone to quieten down a bit.

The service at Toto’s is efficient and friendly although the waitress corrected me twice when I ordered the Baci for dessert, telling me that it was ‘Baccio’. On checking the menu, the word written was ‘Baci’, so I was correct, but maybe it is the Italian family way… 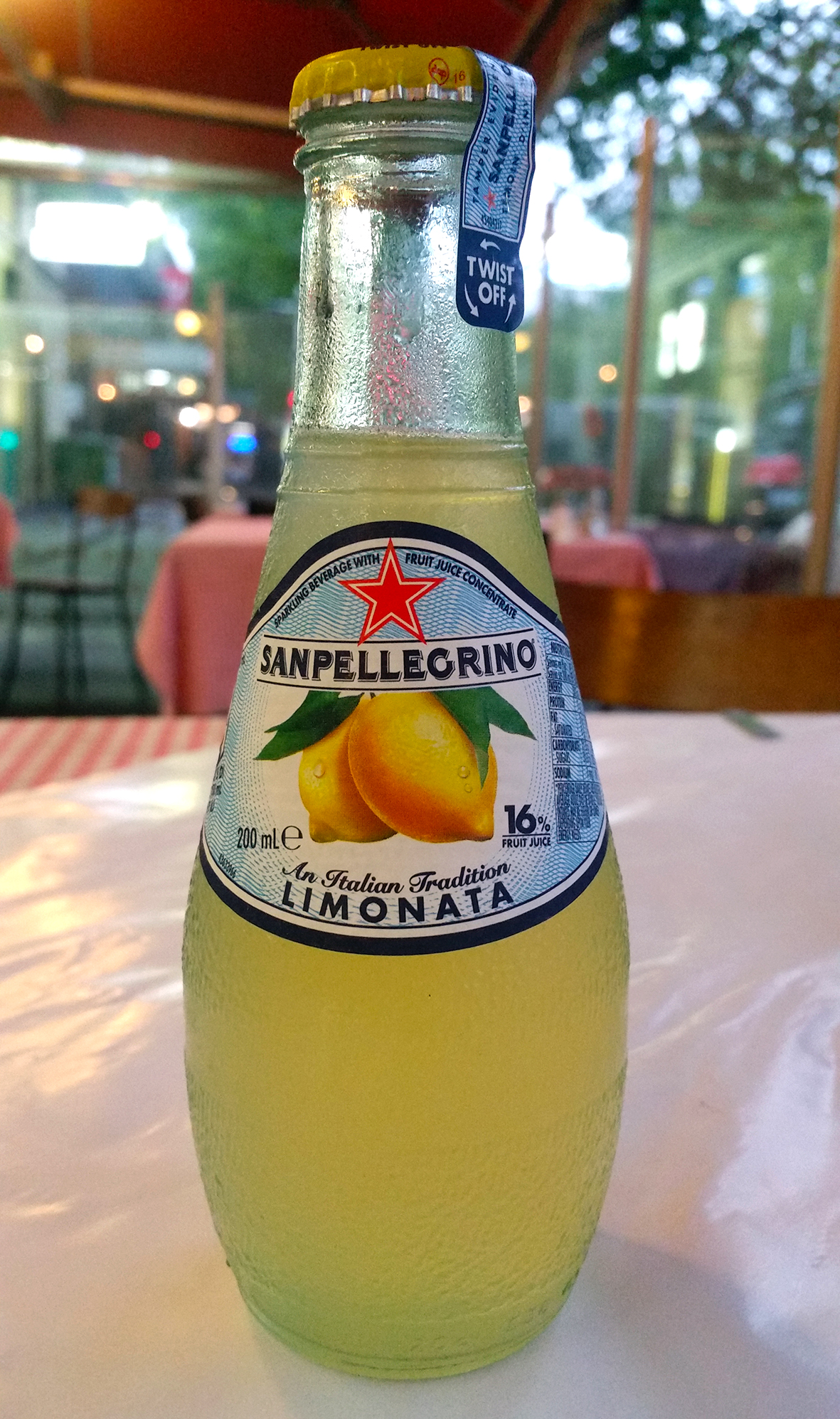 I will get back to the Baci in a minute, but the pizza, ah, the pizza. Is it the best pizza in Australia? I don’t really know. Everyone has their favourite type of pizza and there are so many different types available now I suppose it is all up to our own individual preference, but I can tell you, I love the pizza at Totos.

My order of small pizza with the lot cost around $13, quite an average price, but the toppings were much better than you receive at many other pizzerias. This had delicious and reasonably sized prawns on it, not those tiny dried up shrimp that other places try to pass off as prawns. The meats were fresh and tasty, the other ingredients all stood out with their own flavours mixing so well together. The crust was cooked perfectly and the pizza was served to me piping hot.

My dining partner said that his pizza was very nice, but it was slighly overcooked on the base – maybe he is just too picky, how could anyone complain, even mildly, about a Toto’s pizza?

Getting back to my Baci, it was served in true form – this is a part of Toto’s that has never changed. Baci is a mass produced ball of delicious hazelnut icecream that has been dipped in chocolate before being set to freeze in a paper doily type thing and then packed into a large carton full of other delicious Baci and sent out to Italian restaurants.

In true form, the waitress has reached into the freezer, pulled out one of those delicious ice cream balls and plonked it onto the plate, paper doily and all, before serving it up to me. No frills, after all, Baci is Baci (or Baccio) it doesnt need any cream, or cherry on top or anything, it is simply delicious on it’s own.

As I keep saying, Toto’s has a place in my heart, and if you are after a fast and tasty pizza, or authentic pasta and sauce, or even a traditionally served Baci, in an Italian family type environment, you can’t go past this Melbourne institution.