But there is another ‘war’ going on, a much more underground and secretive ‘war’ – north or south IN Melbourne! 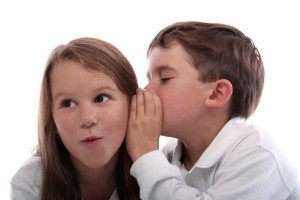 If you live in the north, say, the Brunswick region, you probably think you are living on the trendiest side of the Melbourne divide, but, whether you know it or not, other people from the northern areas of Melbourne are crossing that invisible divide and sneaking over to the south for a great night of food, drink, live music and design. While the people secretly crossing the border might like to be keeping this little rendezvous quiet, I can tell you that it’s not going to be a secret very long.

The hoards of people who attended last Thursday’s 2016 opening of the South Melbourne Night Market are raving about it, even yelling from the tree tops, about how fantastic it is. 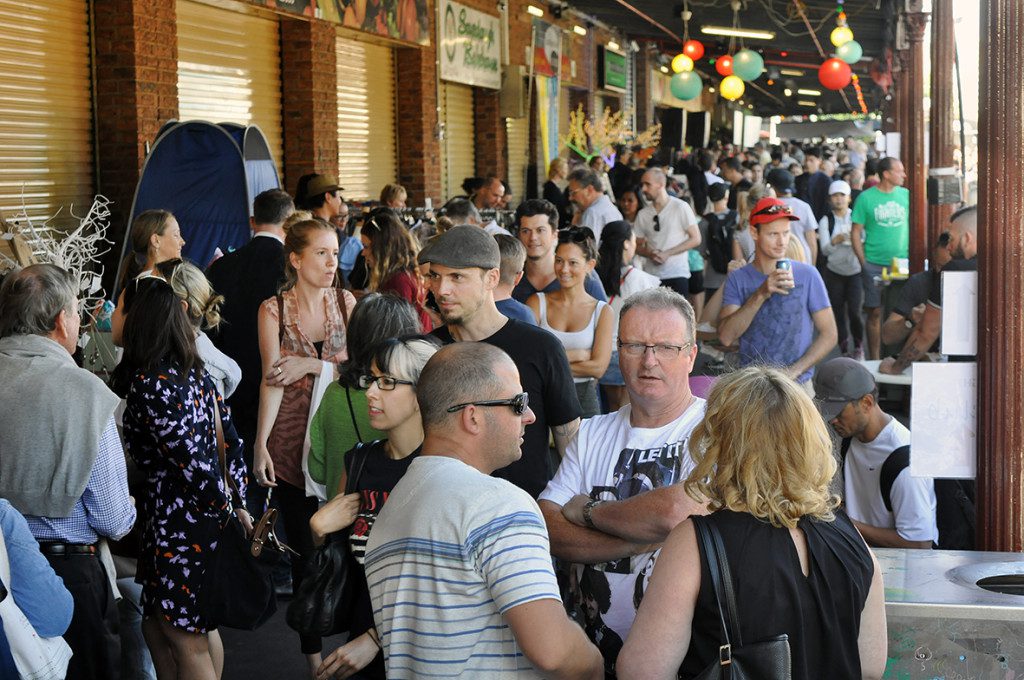 Proudly produced by South Melbourne Market and City of Port Phillip, the night market is brought to you by BMW Melbourne with supporting partners Haymes PaintRight Southbank and National Protective Services, and is definitely worth a visit no matter where in Melbourne (or other states) you are from. 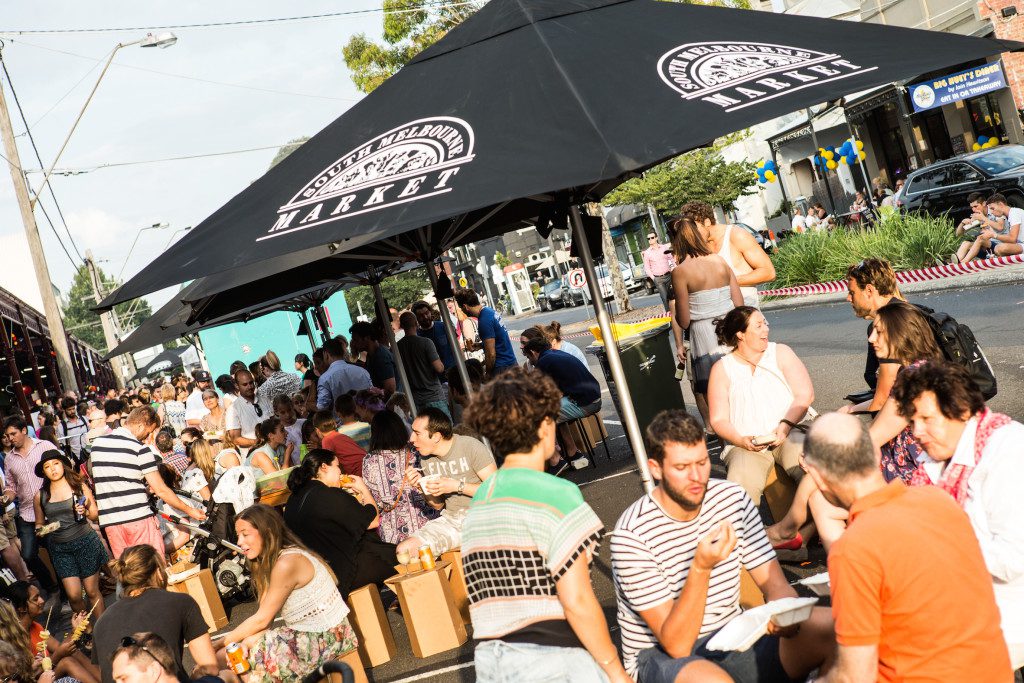 I was lucky to start off my evening at this extremely eclectic market with a cocktail made by one of the pop up bars in the SO:ME space while listening to the sounds of DJ Shaky Memorial. I had never considered using cracked pepper in a cocktail, but these guys have converted me – my pineapple, lemon, vodka and basil drink was completely changed and surprisingly enhanced in flavour with the crack of pepper on top.

I then wandered further afield to Proper & Son where I sampled a new twist on modern carvery food from Melbourne chef Eugene Lavery. Along with delicious food, their different flavoured sodas were delightfully refreshing on this warm Melbourne evening. 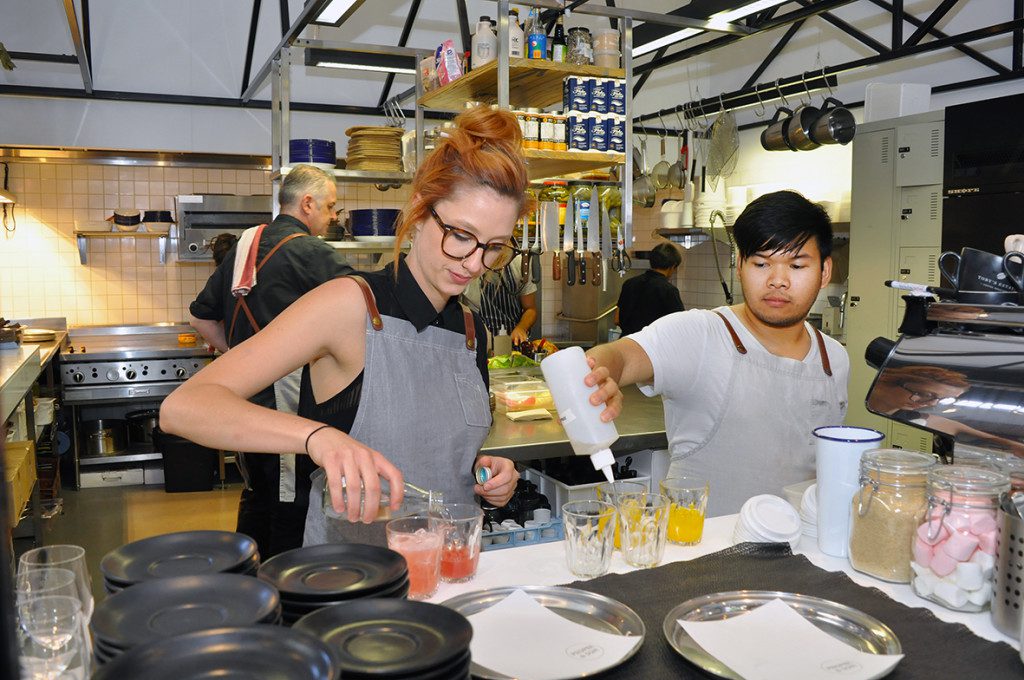 Chicken is always a popular meal, but wait until you try the Korean Fried Chicken from C’est Chick, you will never think of chicken as just a simple meal again. Delightfully succulent chicken drum sticks marinated then coated with magnificent Korean flavours – absolutely divine, as was the fish slider I tasted from Sliders on Tyres. It was very difficult to choose a flavour of slider to taste as they all made my mouth water – pork and beef were among the variety of choices. 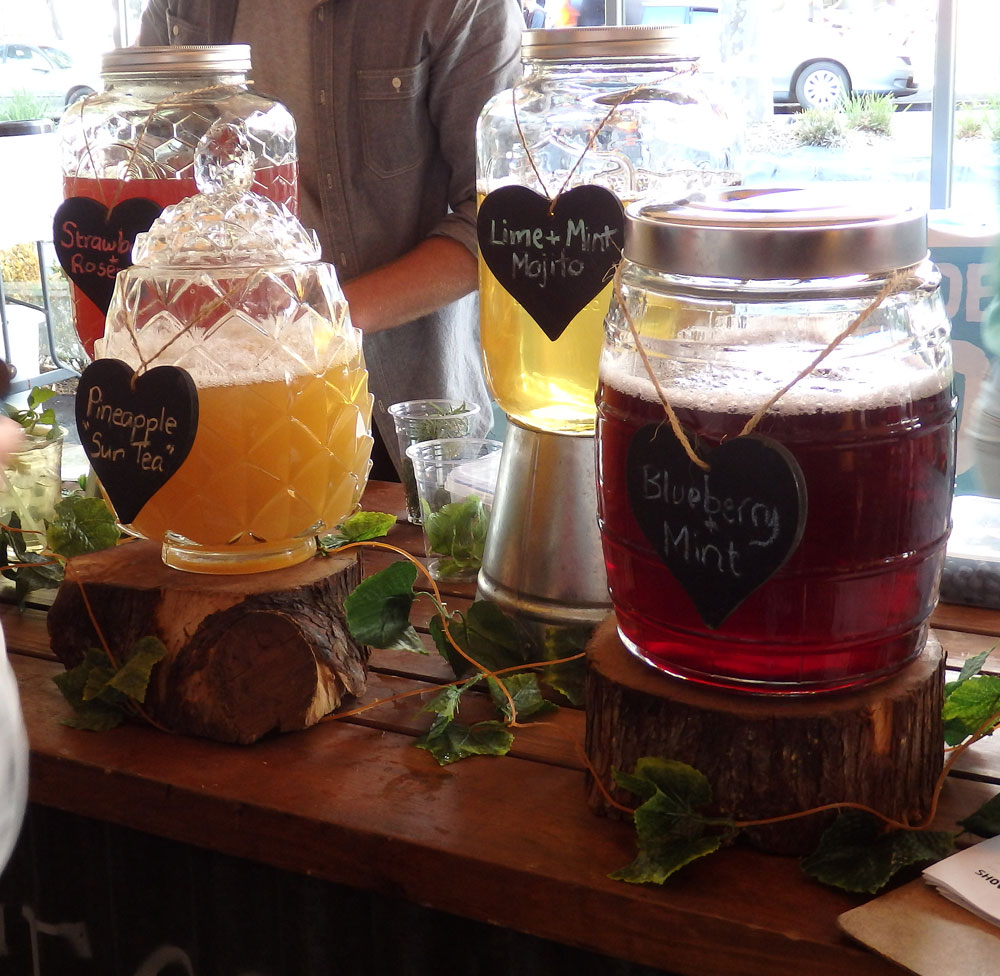 My next stop was at Köy for a taste of authentic Turkish cuisine. Always a fan of this style of food, Köy did not disappoint, in fact, I am putting this restaurant on my list of places to go again so that I can sample even more of their delicious fare.

My evening of samples and taste tests ended up at the BMW Melbourne stand where I sipped champagne and nibbled away at a beautiful (almost looked too good to eat) red velvet cupcake that was piled high butter cream icing courtesy of Miss Molly’s Cakes – O M G !!!

What I haven’t mentioned, that as well as the incredible variety of delicious foods, there is some great live entertainment happening at two different stages throughout the evenings. Four-piece gypsy and flamenco band La Rumba had the crowd dancing while on the other stage, Matt Katsis, had everyone mesmerised with sounds of intimate blues. 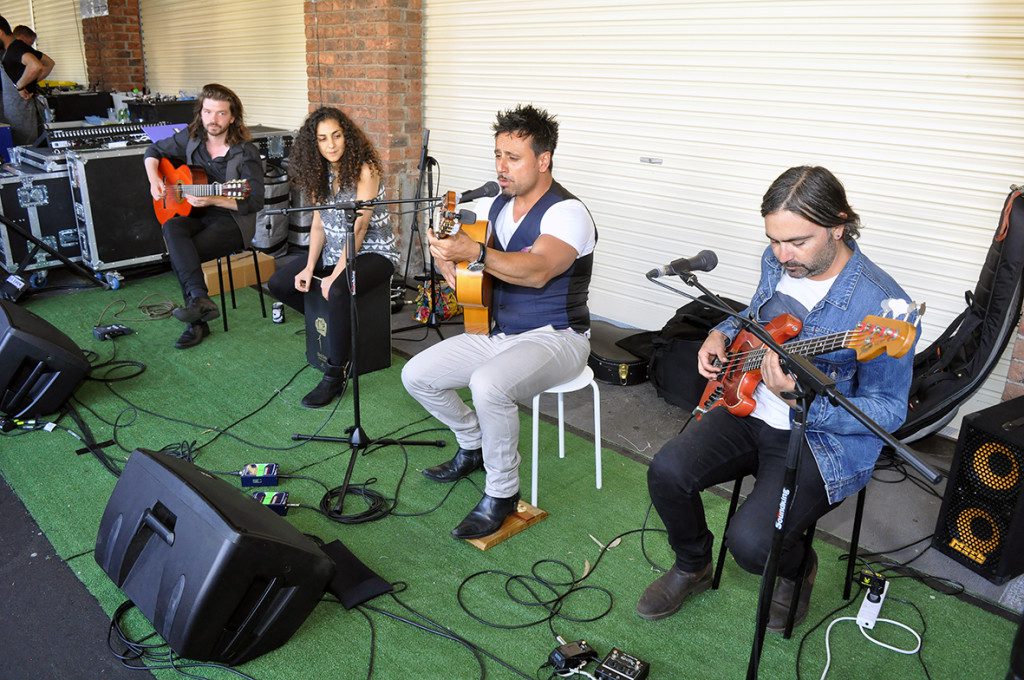 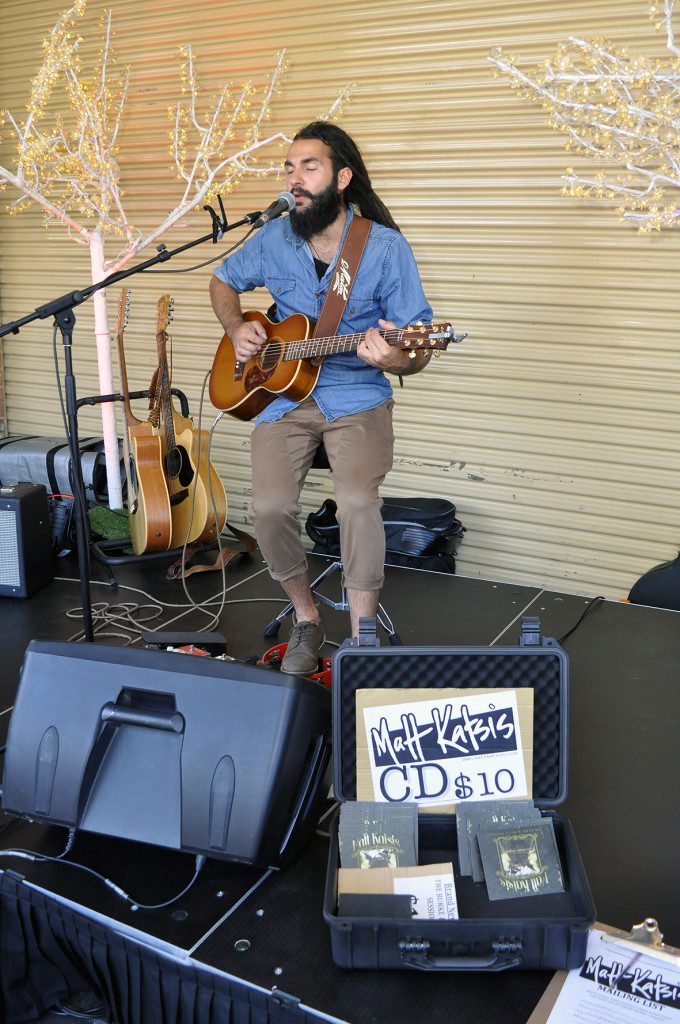 The live entertainment will change each week and you can expect to hear the likes of Woodlock, Kim Salmon, High Voltage Rock School, Brett Lee and The Blues Bottles on future nights. 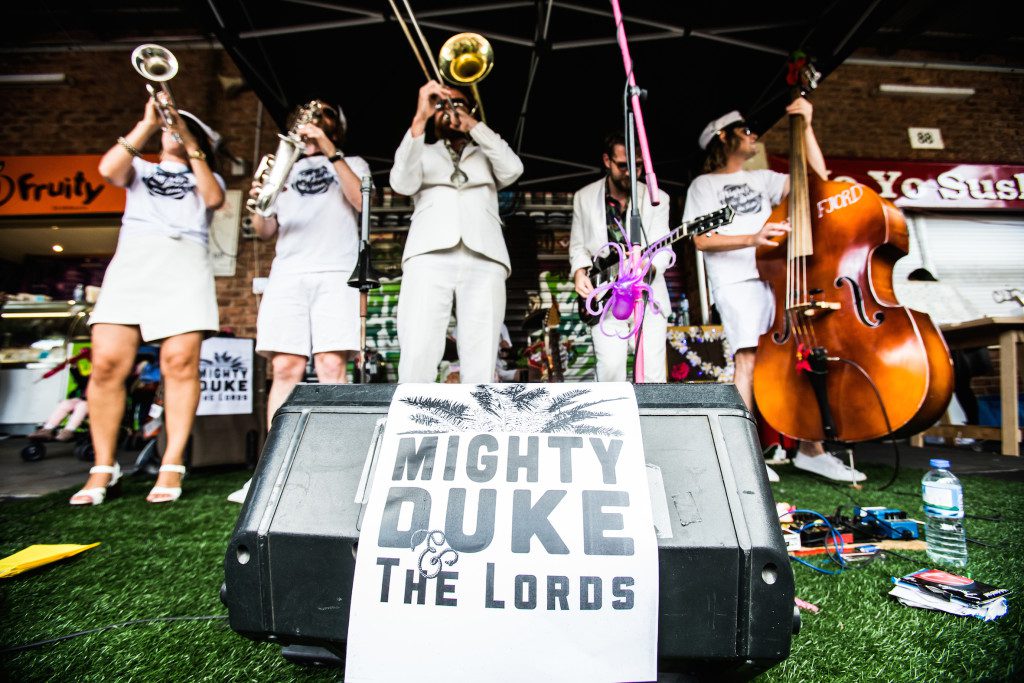 There are also plenty of other stalls/stands selling their goods – Mr Simple, TheSuperCool (where it is way too easy to spend money on their wonderful range of decorator items), Lost in Seasons, Kreel, Bakerlite, LO & Behold, and Stone Glint and Bone, as well as alternating pop-up stalls. 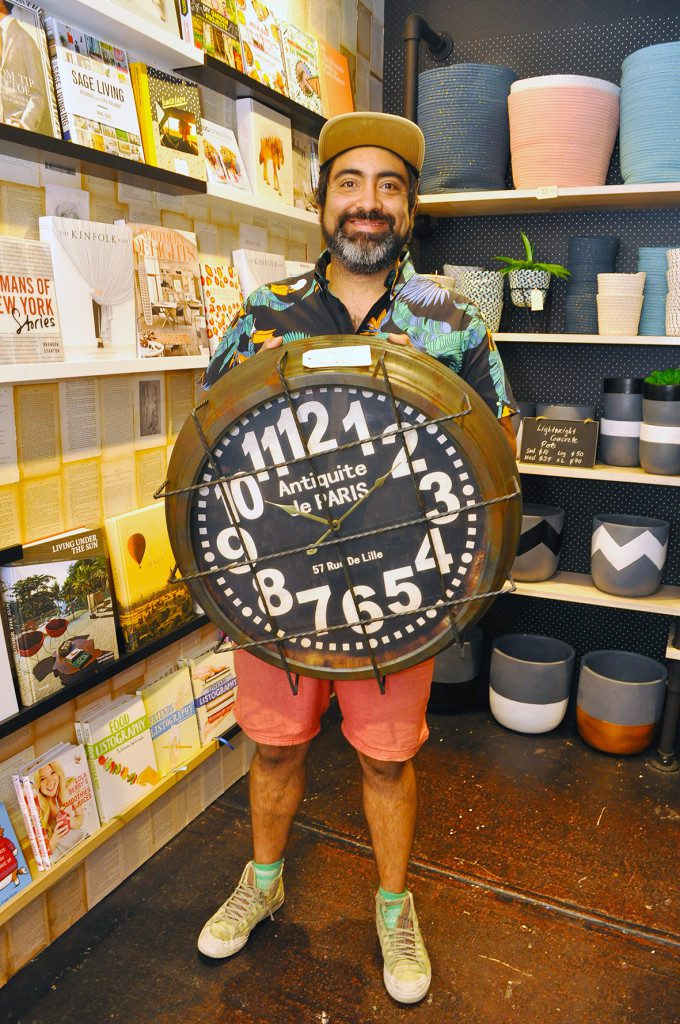 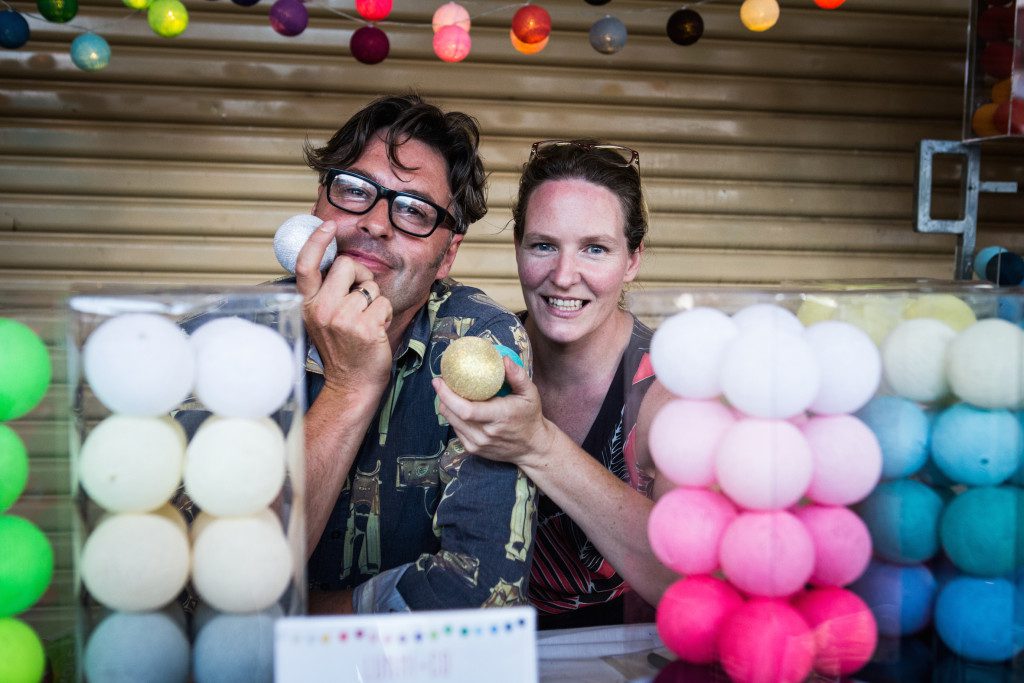 The market presents some of the city’s most delectable cuisine and eating experiences in 2016 with restaurants, delis, food trucks and specialty stalls filling the streets with flavour and leaving market goers spoilt for choice that includes Thai delicacies from White Guy Cooks Thai, delicious and creamy brûlée from the Brûlée Cart and gigantic platters of paella from Simply Spanish. 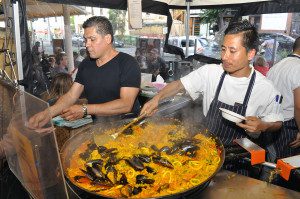 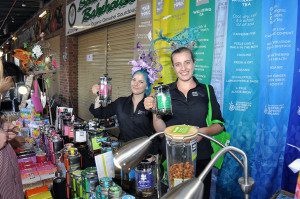 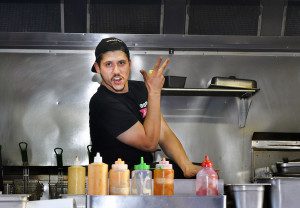 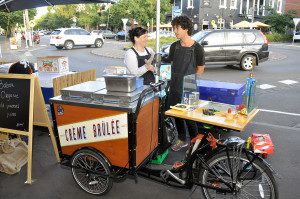 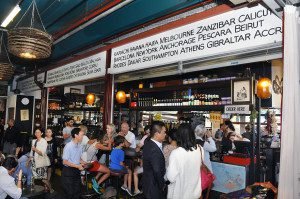 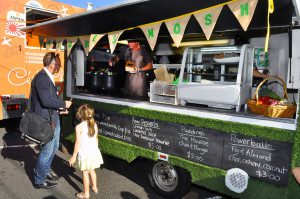 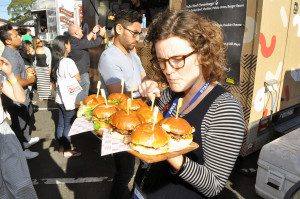 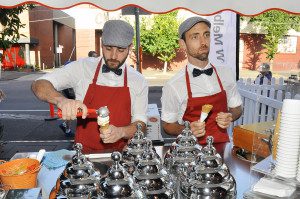 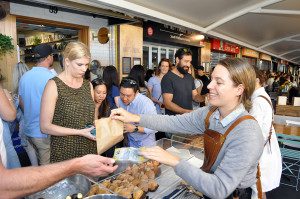 There are stalls that cater for those with food intolerances with gluten free cookies available to sample and a, with a twist on a summer favourite, Those Girls, concoct a unique twist on an iced tea. Kiln Brewing Co helps aid the many Melbourne detox’s taking place this New Year with their best natural kombucha and Kelly Brothers Cider Co serve up delicious clean and crisp tasting cider made in the beautiful Yarra Valley.

And then, to top it off, you can treat yourself to a manicure and/or pedicure at Miss Nail Bar for some post (or pre) market pampering.

Not to leave the little ones in our families out of the picture, the market provides a treat with the PaintRight Kids Club with painting and other craft activities. 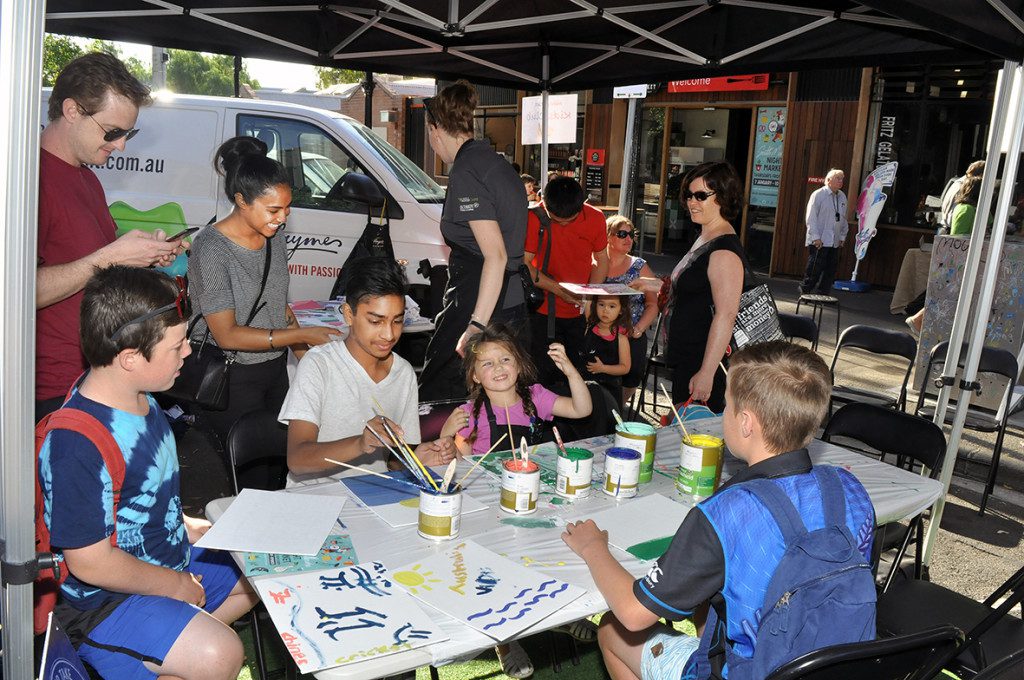 For those of you who don’t know, you will find it at the corner of Cecil and Coventry streets in South Melbourne. The night market runs from 5.30pm – 9.30pm on Thursdays from 7 Jan to 10 March, 2016.

Getting there is easy – walk, drive (free rooftop parking) or catch the 96 or 11 tram to South Melbourne.

Now that the secret of this night market out, there is no need to hold back on crossing that invisible divide between north and south of our beautiful city of Melbourne – get there and have some fun!