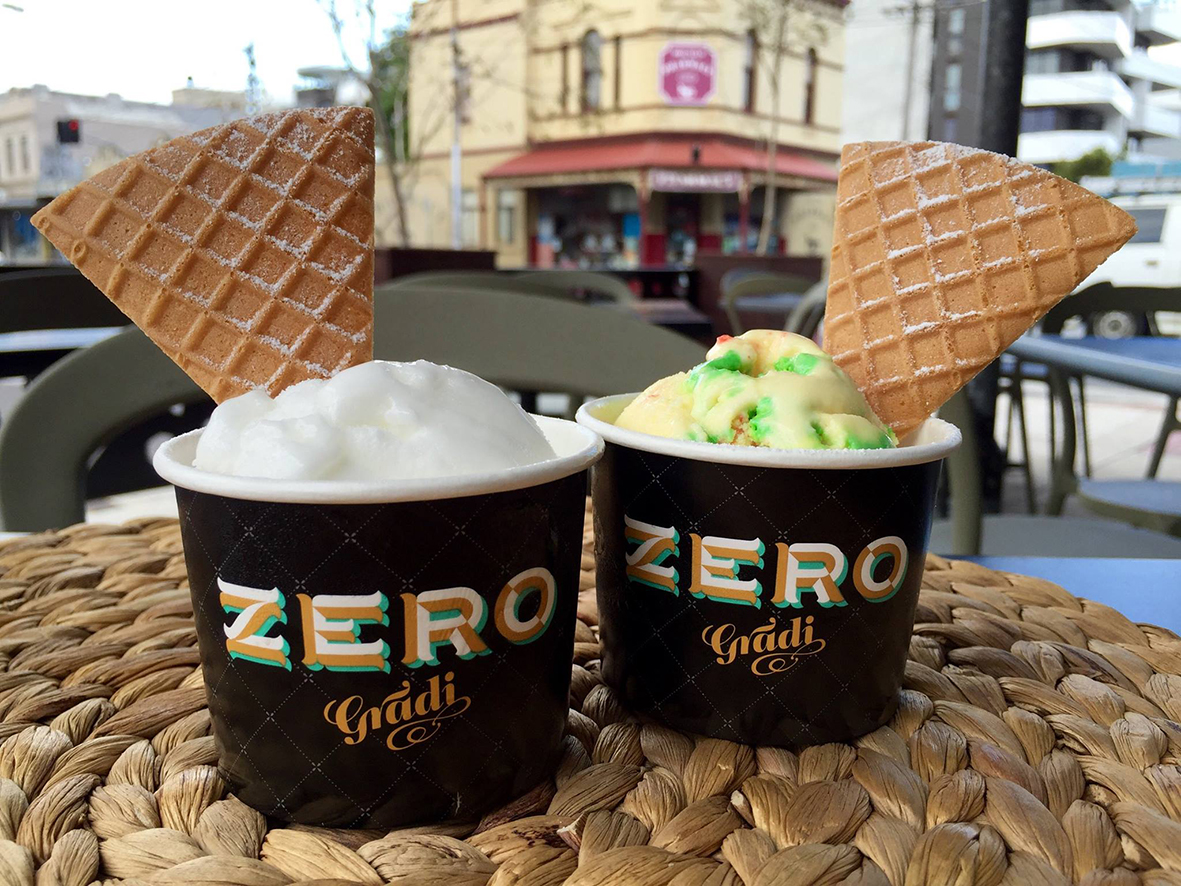 Melbourne, Australia: After numerous pizzerias, Italian restaurants, world award winning pizzas, a cicchetti and now a gelataria – Zero Gradi – you would expect that Johnny Di Francesco would have the recipe right when it comes to pleasing diners. Well, of course he has! I just can’t call it a trifecta, or even a quadrella, as Johnny has had so many wins that I don’t think there is a term to describe the number of successes he has had – Zero Gradi is just another to add to his list. 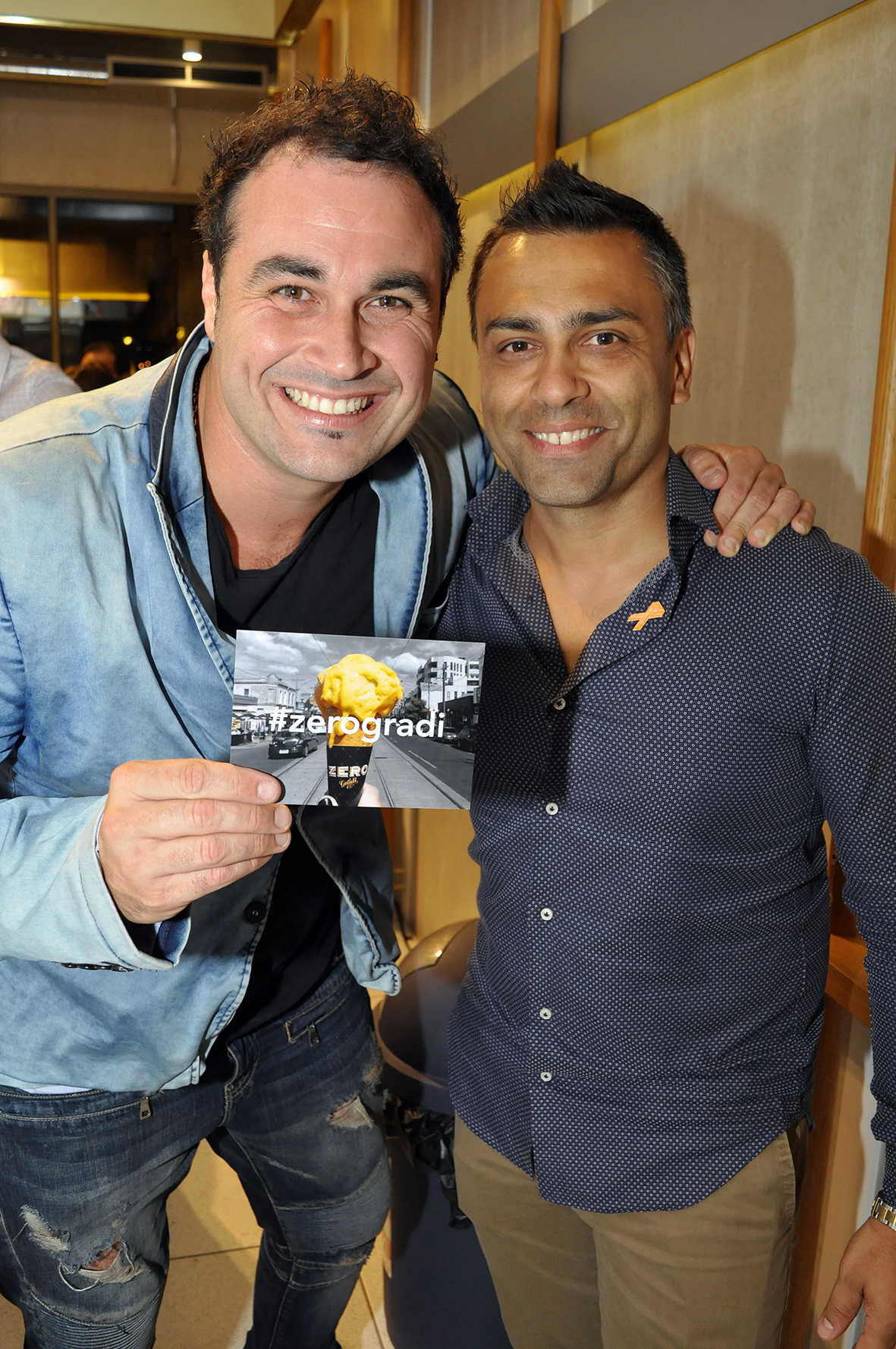 Zero Gradi has just opened only a few doors down from his flagship restaurant 400 Gradi on Lygon Street, the sweet delights on offer at Zero Gradi will transport customers straight to the heart of Italy – which is precisely what Johnny wants. The master pizza Chef says he has been considering the venture for a while, with the idea for Zero Gradi ignited by the longing for traditional Neapolitan gelato he feels every time he leaves his family’s homeland of Naples. “Great gelato should be an everyday enjoyment, and when I am in Naples I eat gelato every day, explained Johnny. “The gelato there is unlike any other I have found, anywhere in the world, and similarly to how and why 400 Gradi was originally created, I wanted to bring that to the people of Melbourne.” 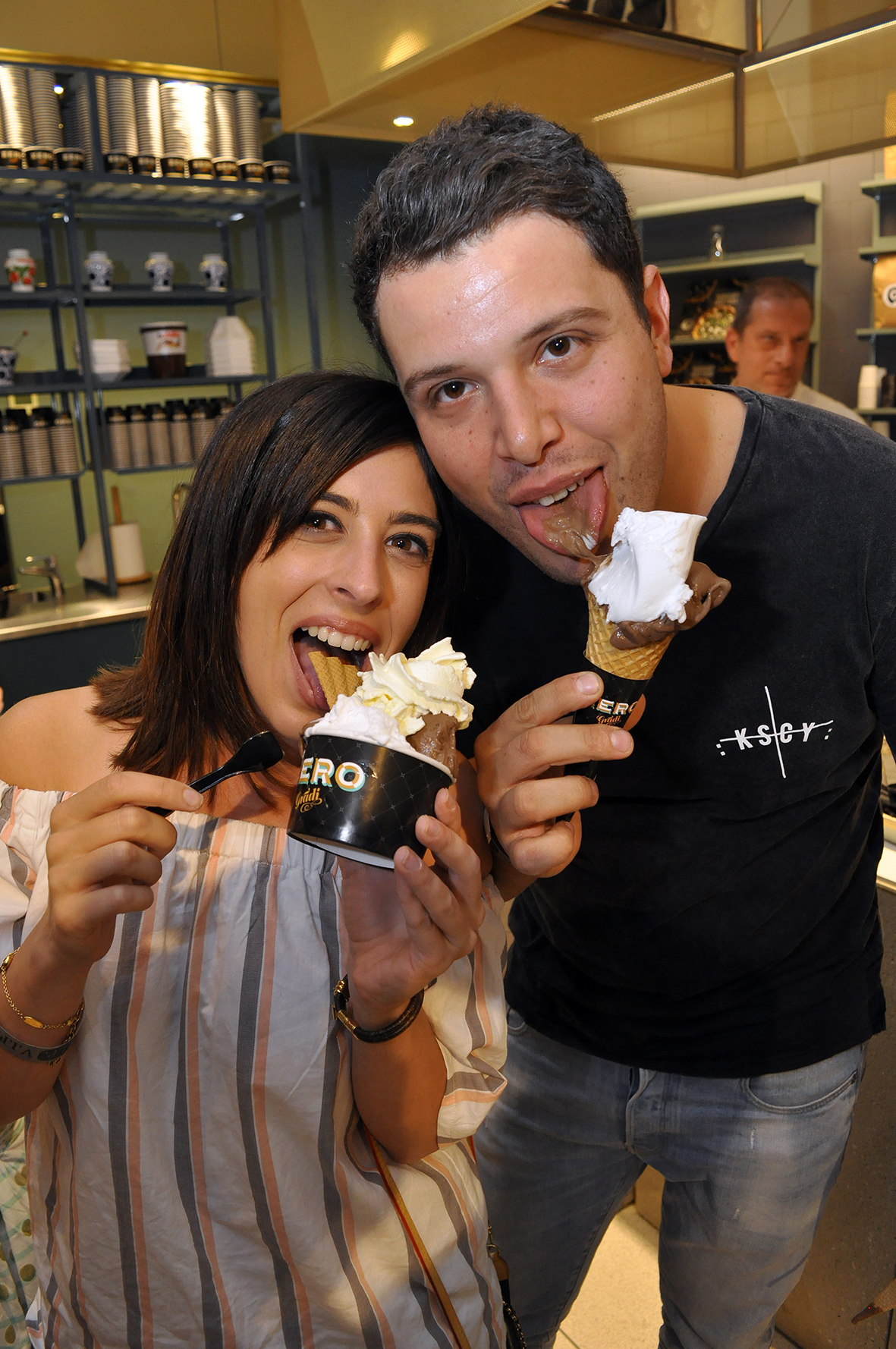 Zero Gradi’s offering also follows the Gradi Group’s love of combining the old and the new, and Italian and Australian, with flavour combinations inspired by both countries. Of course Johnny’s World’s Best Pizza award gets a nod, namely in the form of the unique and delicious margherita flavour gelato. The Italian inspired gelato is churned daily on-site and served in the traditional way, by adding ‘panna’, otherwise known as whipped cream. Complemented by a selection of cakes and Italian pastries, Zero Gradi is setting the benchmark in gelato by taking a more traditional approach to Italy’s favourite dessert, and the results are sure to leave a sweet taste in everyone’s mouths. 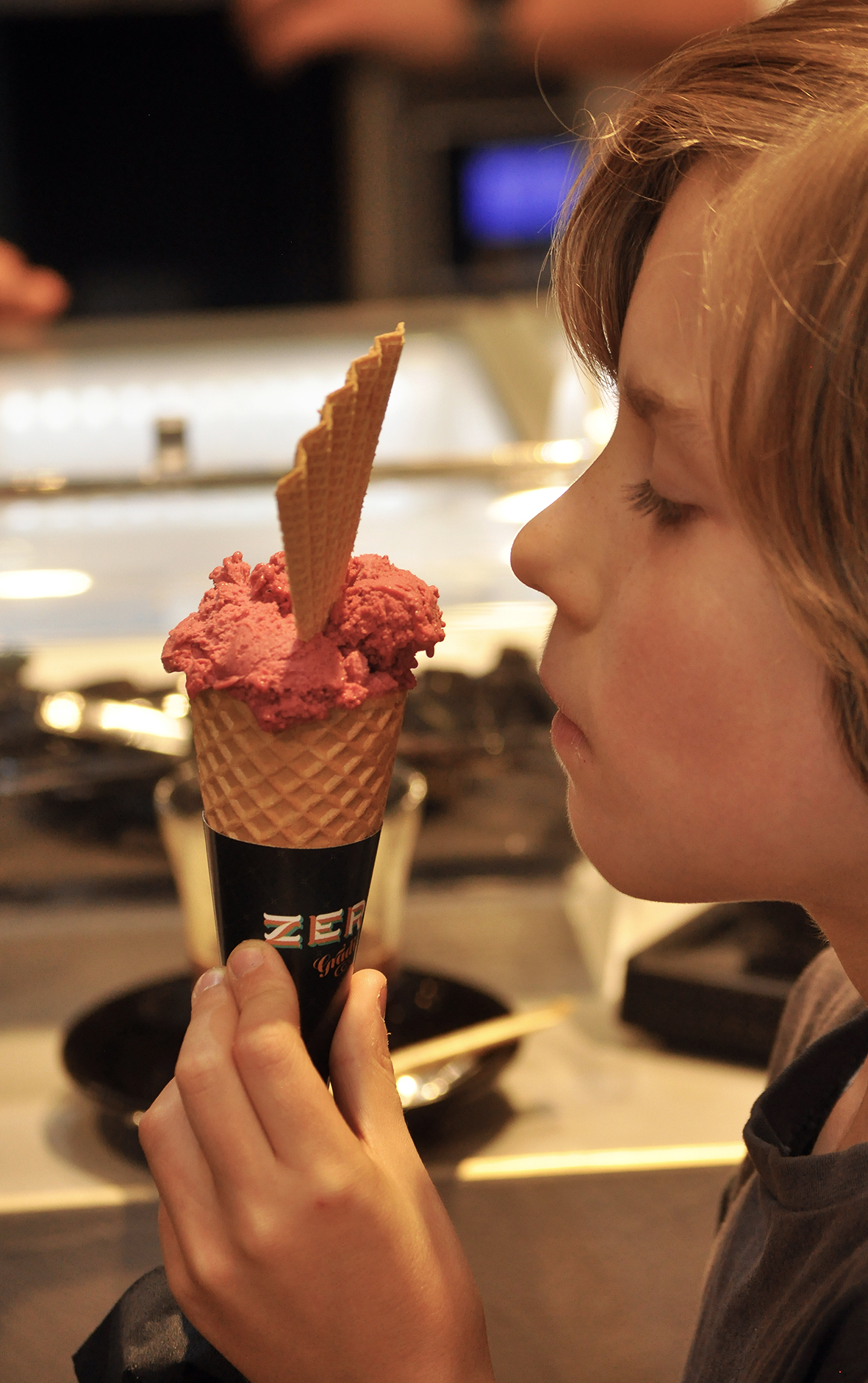 The gelato flavours range from a zingy lemon and other tangy fruits to rich and creamy Nutella and everything in between. I opted to be a bit of a pig and try three flavours at once – not realizing that my cup would be overflowing! Salted Caramel, Hazelnut and Baci, topped light and fluffy cream before being drizzled with chocolate syrup that set to a firm consistency when it made its way over the cream and down to the iciness of the gelato. It was then complimented with a beautifully crisp wafer which helped me devour this cup of deliciousness. I walked away from the serving counter to the sounds of ‘ooh’ and ‘aah’ from other patrons who had eyes bulging at the sight of what I was about to eat. 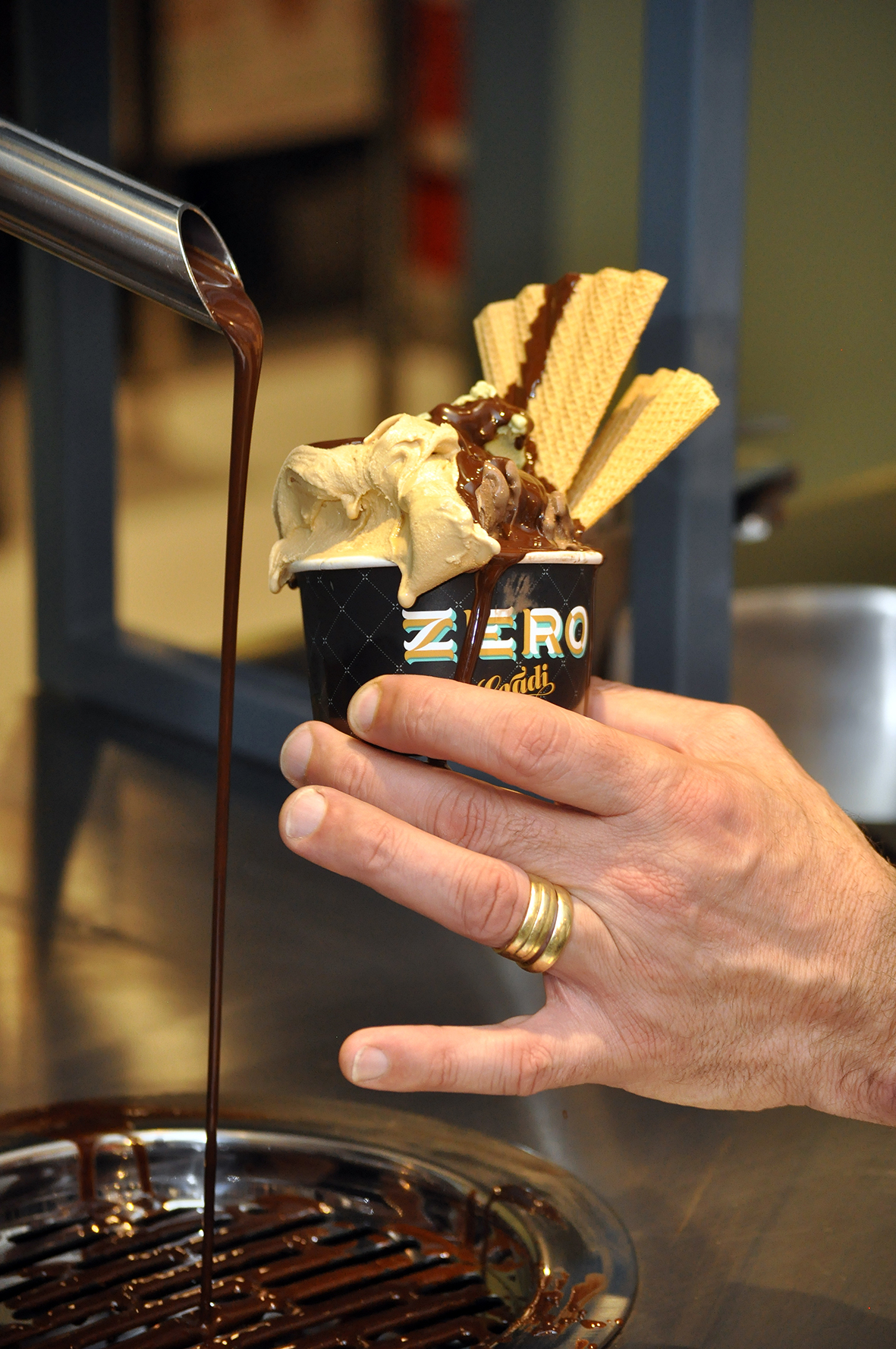 I was in heaven as I tasted all these beautiful gelato flavours – oh come on now, let’s get real, I didn’t ‘taste’ it, I devoured it! The flavours were rich and the texture was creamy. There was absolutely no scrimping on ingredients for which each flavour was aptly named. The salted caramel gelato, while being all salted caramel flavour, was also full of rivulets of rich and gooey and salty caramel which was a pure taste sensation. The hazelnut and baci flavours, both jam packed with big pieces of hazelnut, were also rich, creamy and full of the back flavours of hazelnut and chocolate respectively. 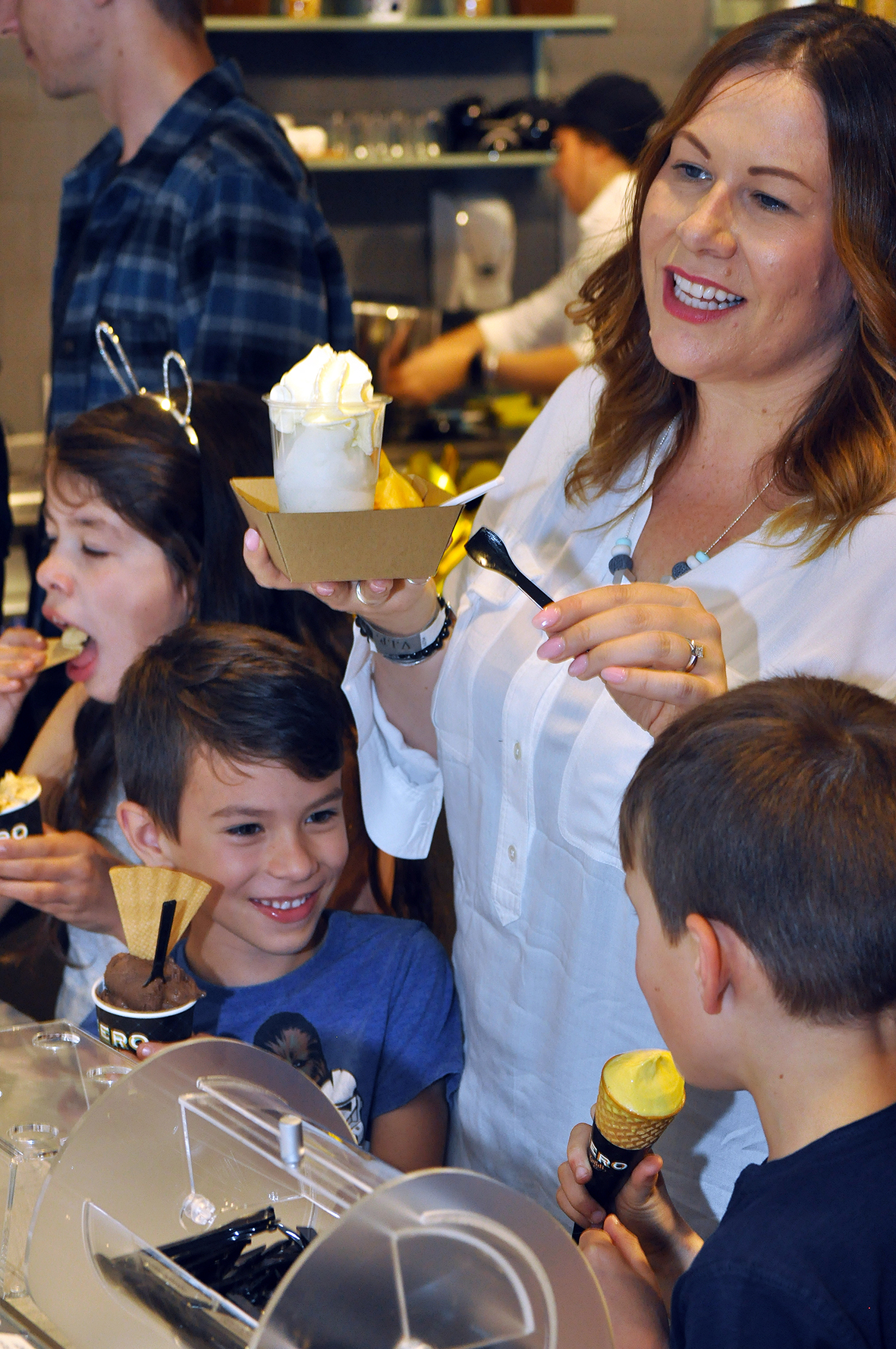 Johnny – congratulations on another huge success – Zero Gradi is yet another feather in your cap and yet another Gradi I will be recommending to everyone. Zero Gradi can be found at 93-97 Lygon Street, Brunswick. www.400gradi.com.au