Another day on the road for the Prodijee team as we headed to the town of Carisbrook, located on the Pyrenees Highway, just over two hours from Melbourne.

Carisbrook is a tiny Victorian country town that has a calming serenity to it. First established in 1851, the township is a situated on the banks of picturesque Deep Creek. The first settlers came as squatters and farmers around 1840 and the township became an important service centre for miners in the late 1850s. Mining started in Carisbrook in 1869 with the opening of the Dan O’Connell mine.

Passing traffic is next to nil and the day we were there was cold and windy so even the locals weren’t venturing out of doors much. Just down the road from where we met up with some locals, we discovered the Carisbrook Log Jail. 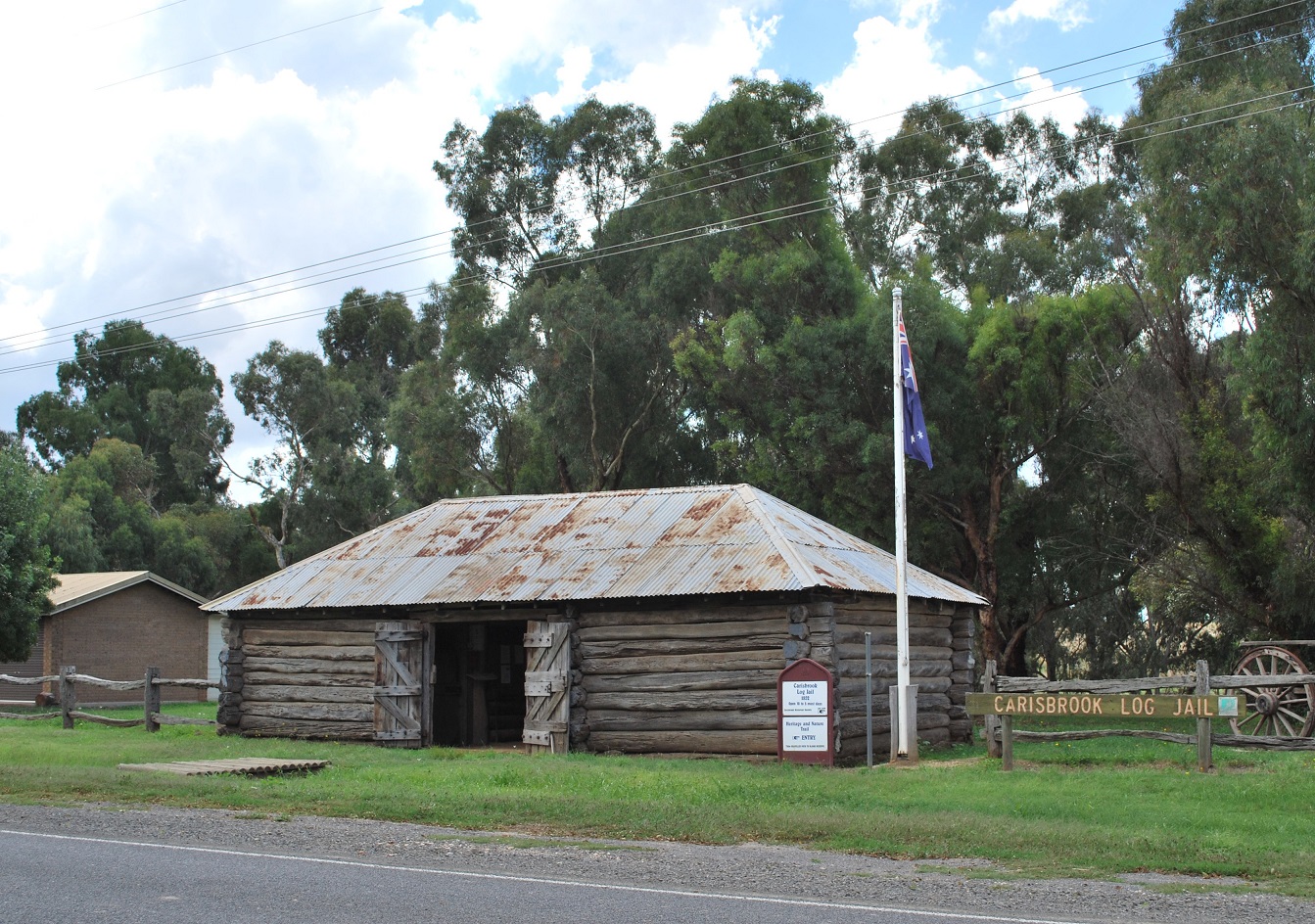 Built in 1854, it is the oldest log jail in Victoria. Made from interlocking horizontally-laid logs with a corrugated roof that replaced the original shingle roof, the jail one of only 10 such structures remaining in Victoria. Inside you will find heritage displays and possibly the resident ghost, George. 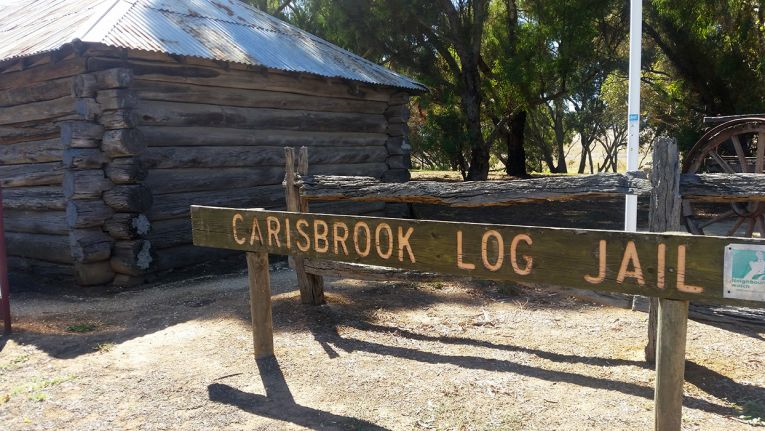 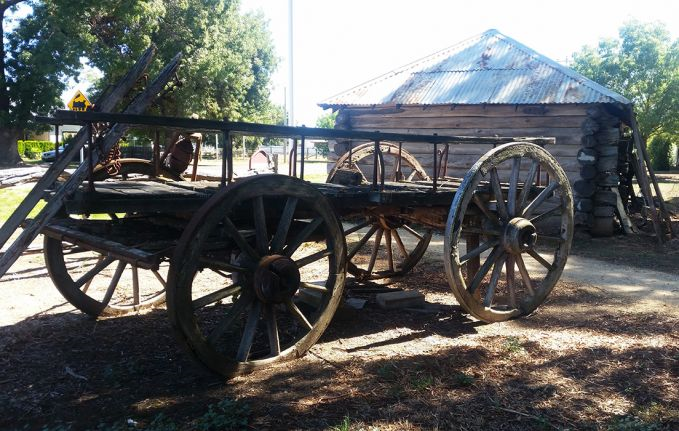 Further down the same street you will find a beautiful building that houses the Post Office,which was built in 1888, and another architectural piece of history, the Carisbrook Town Hall, built in 1859. 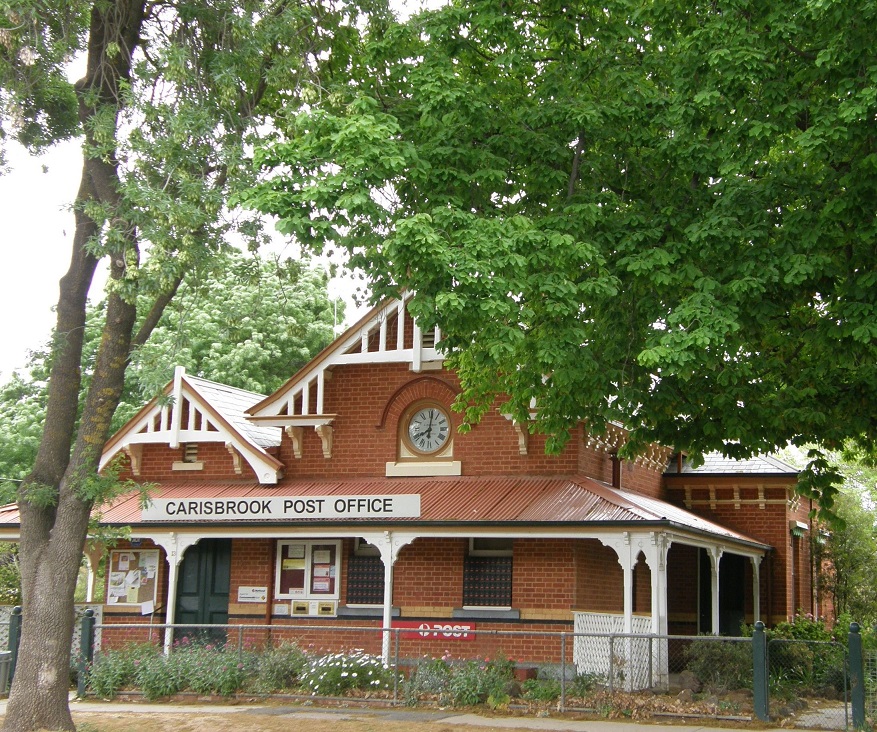 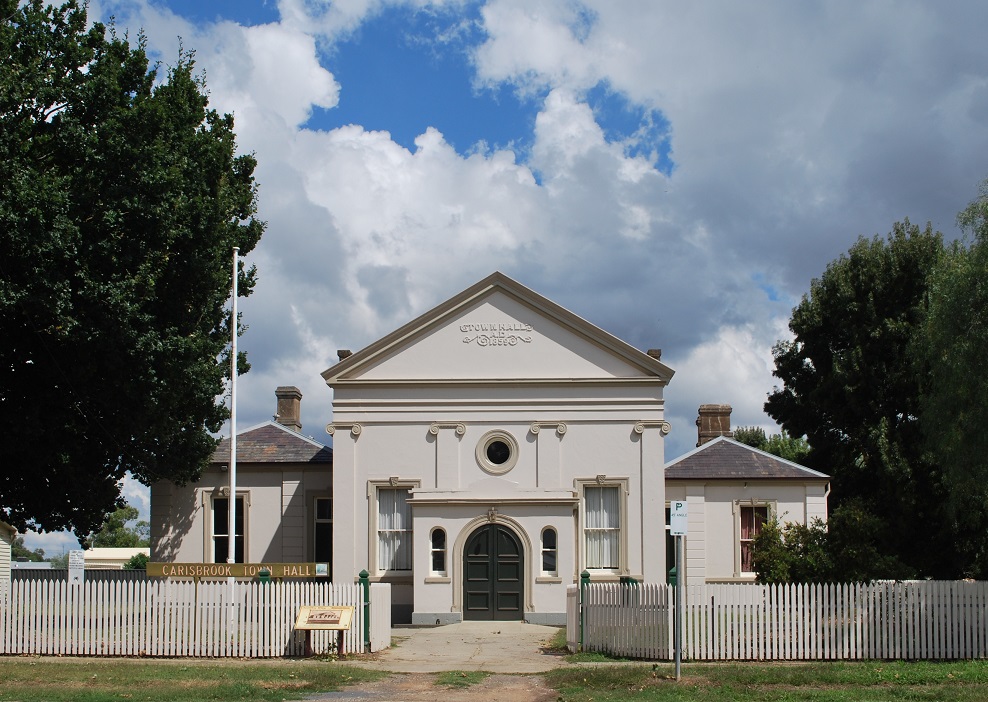 The town may be small, but it exudes history and character and is another important part of Victoria’s heritage.

Less than 10 minutes up the road is Maryborough, a town with a rich history from the gold mining era, with grand buildings, historic cottages and gracious homes.

Nestled amongst box-ironbark forests that are full of wildflowers and birds, Maryborough is a place many people visit to research family history, visit nearby wineries or explore the multitude of markets, galleries and museums in the area. 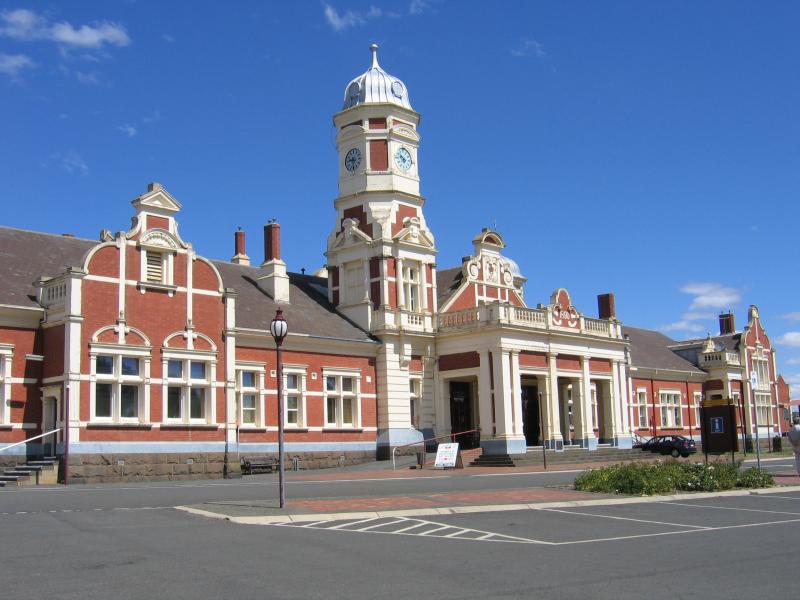 No visit to Maryborough is complete without seeing the award winning, historic Maryborough Railway Station, which dates back to the 1890s. Reported to have the longest platform in country Victoria, the station is huge and during a 1890s visit, Mark Twain described the building as, “A station with a town attached”. He also remarked, “You can put the whole population of Maryborough into it with a sofa a piece and have room for more”. Well, the population of the town has grown since then, but this is still a massive railway station. 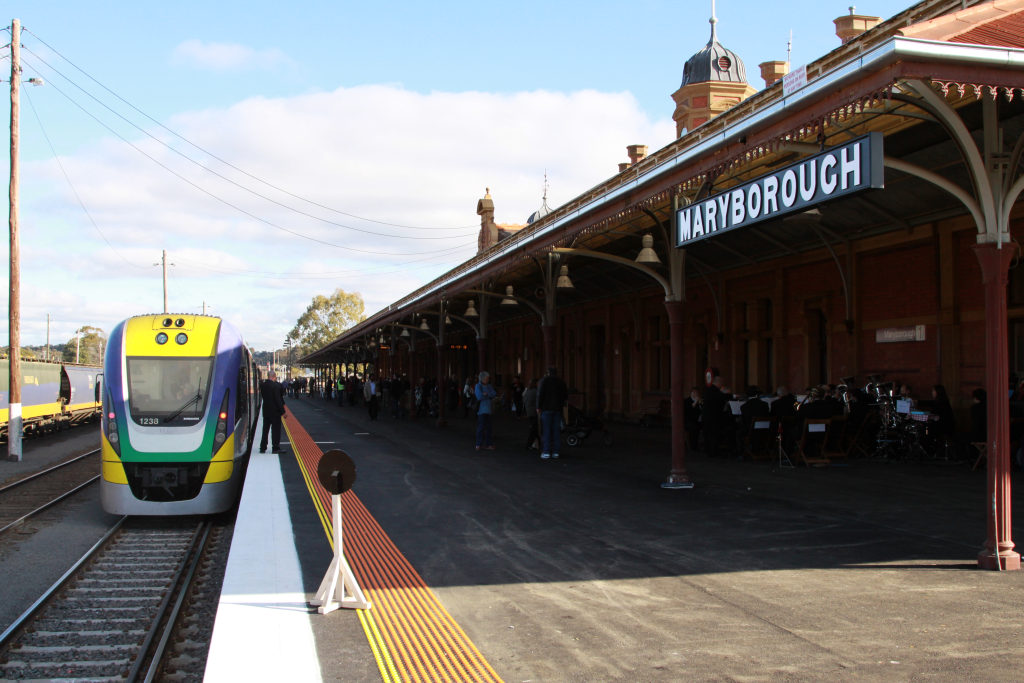 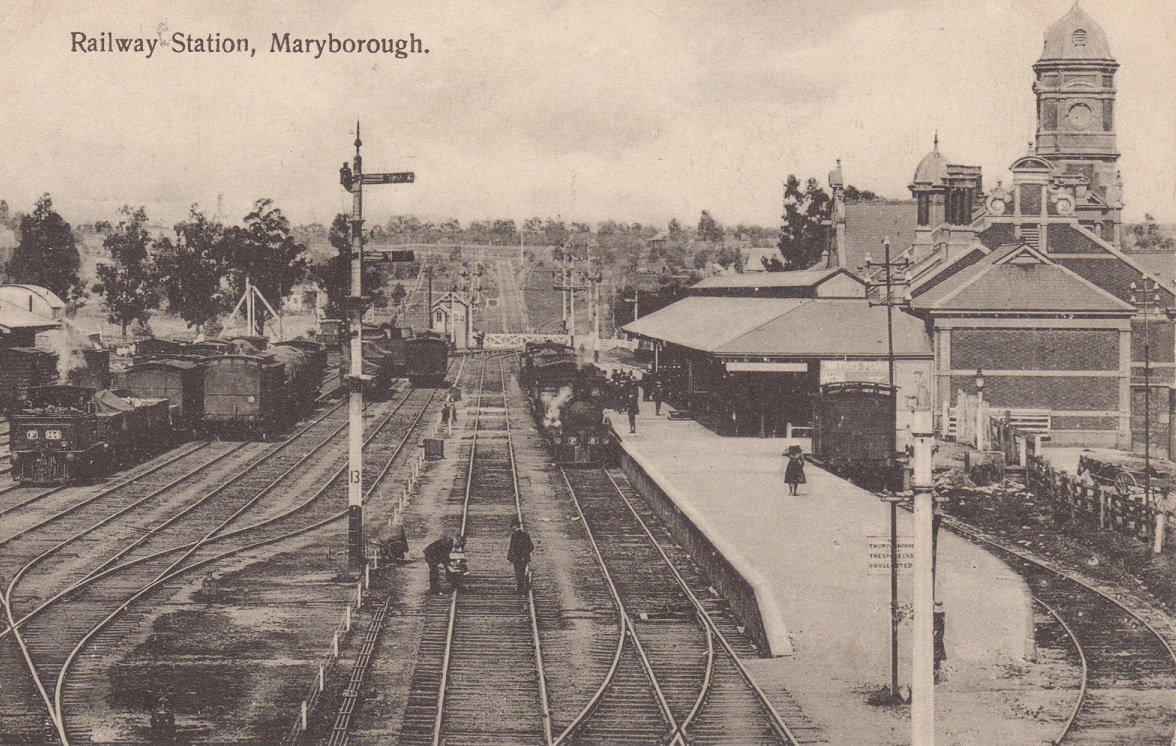 Not only is it massive, this building is impressive and features a highly polished timber ceiling and beautiful tessellated flooring in the main entry, plus it houses a café and open fire – BINGO for me!

Railway Cafe & Tracks Bar is a family-owned business located in the historic Maryborough Railway Station. With a vintage industrial feel the cafe seats around 60 guests and caters for casual dining.  The magnificent open fire adds warmth on those wintery days, creating a homely atmosphere. 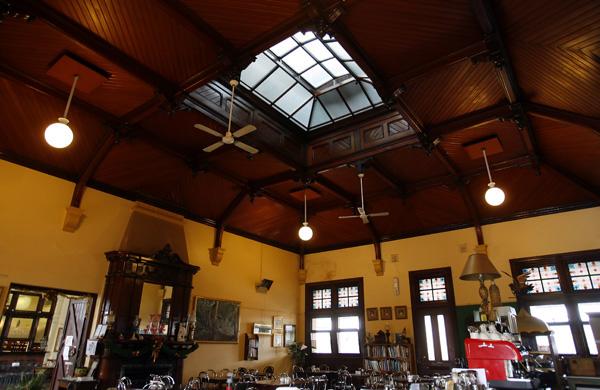 Set in the Great Hall below sky-high ceilings and surrounded by original fixtures, the restaurant boasts modern Australian cuisine, including only the best and freshest meals. The original station doors open from the Great Hall onto a lush plant lined courtyard on the platform; perfect for alfresco dining on those beautiful Spring, Summer and Autumn days. 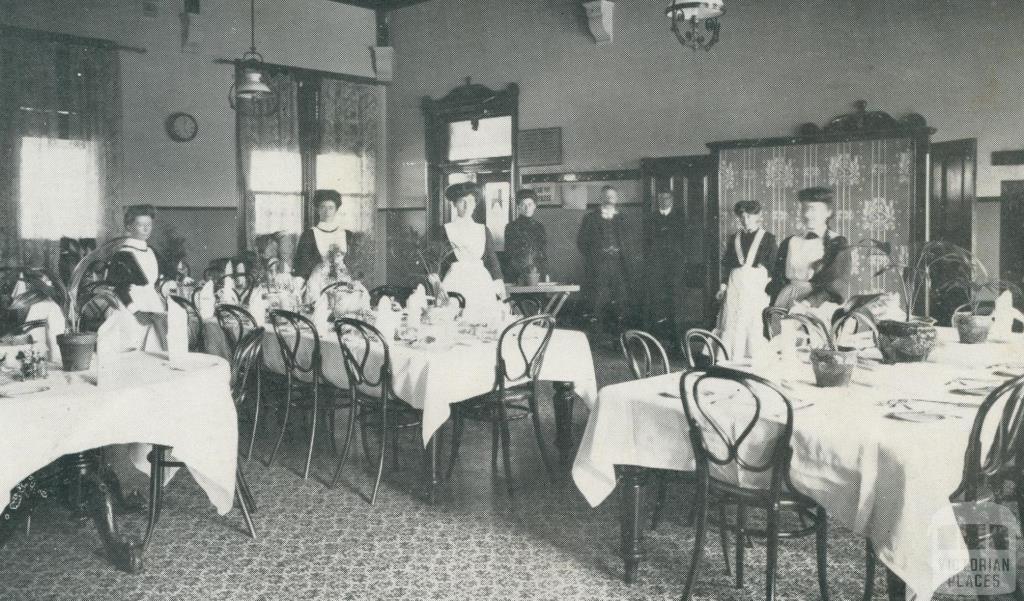 The Great Hall is adorned with art pieces by artists mainly from the district and are available to purchase.

Railway Cafe & Tracks Bar is open most days from 10am – 4pm and if the food we had is anything to go by, I can’t wait to get back and try more.

Again, we were in the very fortunate position of having a Nissan to drive around in and test for our day trip. As I have said in previous stories, I will soon be in the market for a mid-size SUV, so the INFINITI Q50 S wasn’t something that was of interest to me for purchase, but I have to say that I was very impressed. As a passenger, it ticked all the boxes; heated seats, great visibility, incredible comfort, ample leg room, absolutely everything a passenger could possibly ask for. My one and only negative to this car is the guidance system. It is very easy to work, there are no problems there whatsoever, but the perspex/plastic (whatever it is made of) screen shows finger prints, and it shows them so badly that when the sun shines in on it, it’s impossible to see. 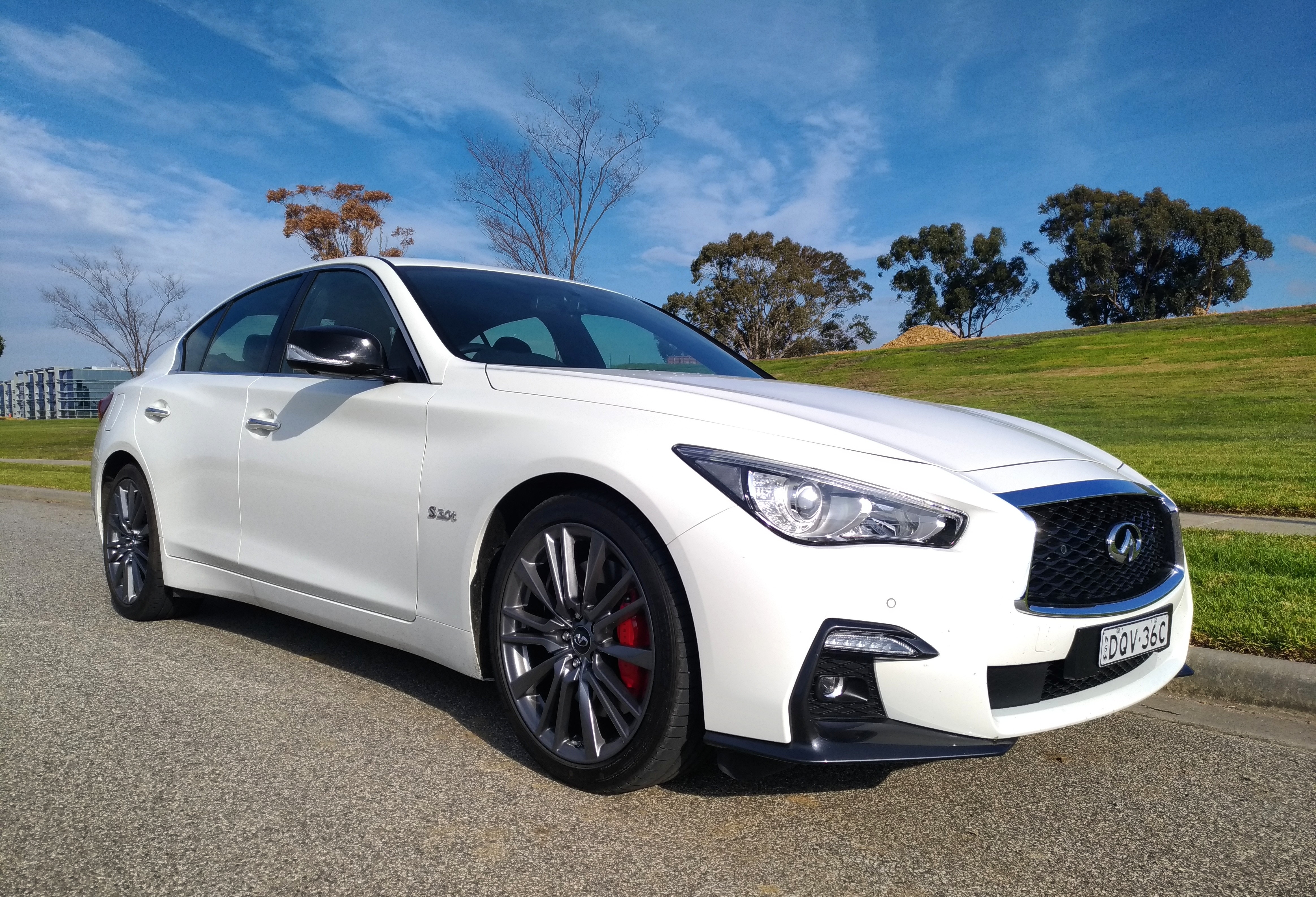 While we did our trip in a day, I think my next trip to the Maryborough and Carisbrook area will involve at least one night of accommodation. There is so much more to see and discover in this beautiful part of Victoria.