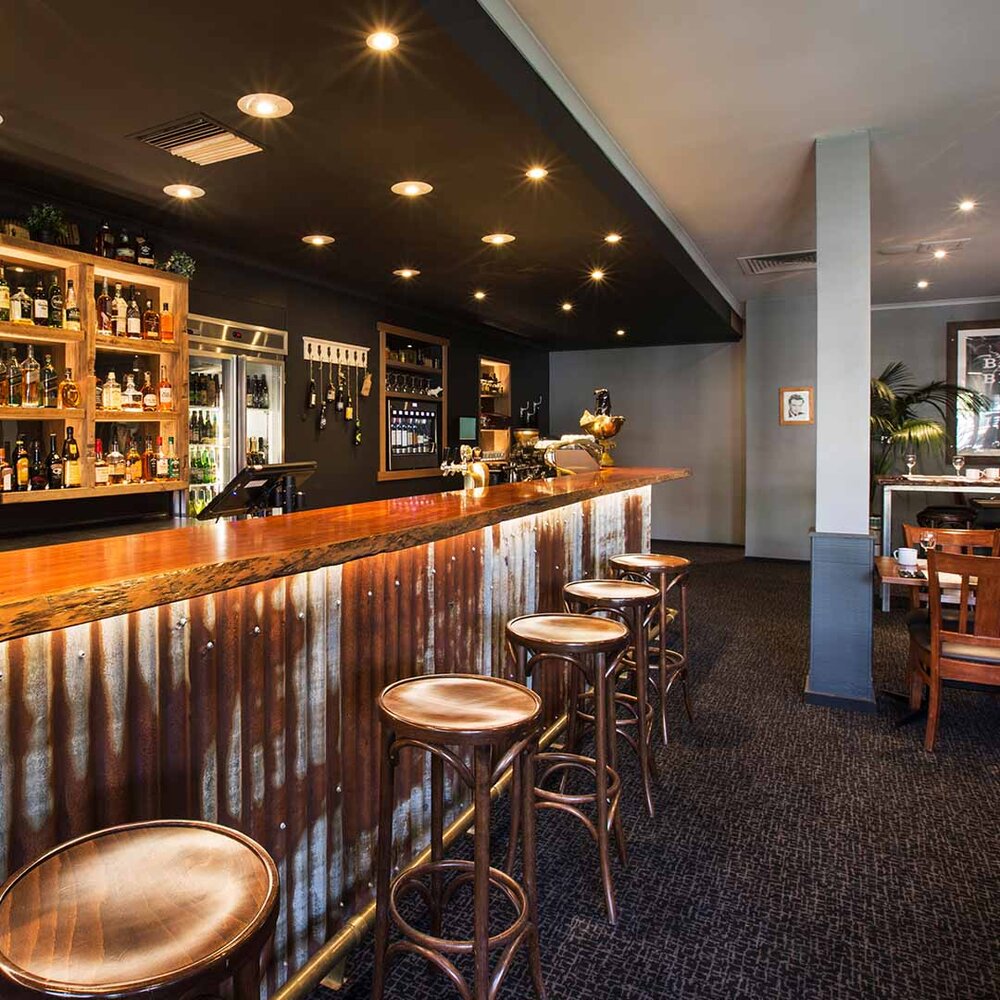 New years eve is a special occasion and after the horrendous 2020 we have all suffered through, it seemed more important than ever to celebrate the coming of 2021 in style.

However, with word of a new COVID outbreak in Victoria we felt that staying close to home might be a better option than heading into the heart of Melbourne.

For some reason it is in my head that the heart of the city is where the best celebrations can be had. I don’t know why I think this way, maybe because that’s the way it was when I was growing up – there wasn’t much available in the suburbs back in those days.

The criteria we (hubby, Mr H and I) had was ‘good food’ and we decided that steak was the way to go.

There are a few steak restaurants quite close to us but this time we decided on Graziers Grill House at the Stamford Hotel in Rowville.

On the corner of Wellington and Stud roads sits this local institution. Serving thirsty and hungry locals for decades, The Stamford Inn is an iconic establishment, located just 30 minutes from the foot of the Dandenong Ranges and Melbourne’s CBD.

Graziers Grill House is a celebration of the authentic backyard barbeque, an essential part of Australian culture suitable for anything from a mid-week catch up with friends, a family reunion or a first date.

We had all been here before, but for hubby and I, not for quite a few years. Their philosophy around food is straightforward, great food, simply prepared, unpretentious, no bull – exactly what we were after.

The premises was well set up to be COVID safe and we were given clear instructions on what the newly reintroduced regulations were regarding the wearing of masks.

Every member of staff we dealt with was outstanding, even though one had a slip up at our table with a tilting tray losing a couple of drinks – hey it happens and no hard feelings. Everyone was incredibly apologetic and helped us clean ourselves up.

Other than this small slip up, the service was nothing short of exceptional.

Now for the food! If steak is what you are after, Graziers Grill House is right up there with the best of them for quality and taste.

While we waited for our steaks, we tucked into some garlic bread which was nothing outstanding, typical pub fare which is normally nothing better than what you get pre-packaged from the supermarket.

When our steaks arrived we were suitably impressed with the appearance of their magnificent char lines. 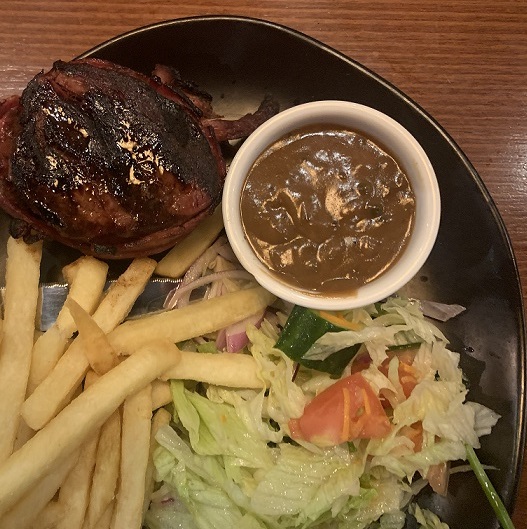 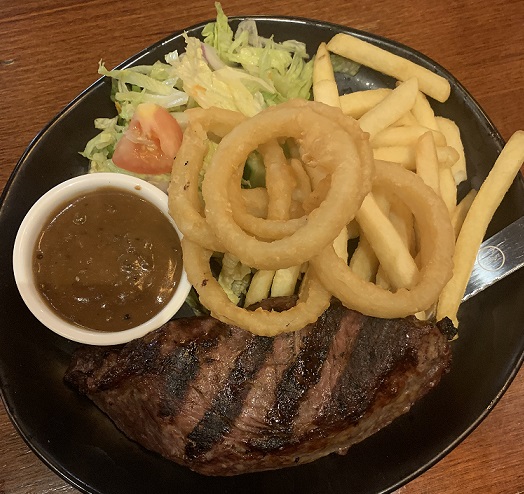 We all agreed that the steak was well worth the money and very tasty.

Hubby and Mr H loved their peppercorn gravy but unfortunately my serve of creamy garlic prawns was tasteless. I could taste no garlic, no salt, no seasoning of any kind, just a very bland, thin white sauce. The prawns were just ok, and I have an objection to prawns being served with their tails intact when they are in a sauce. 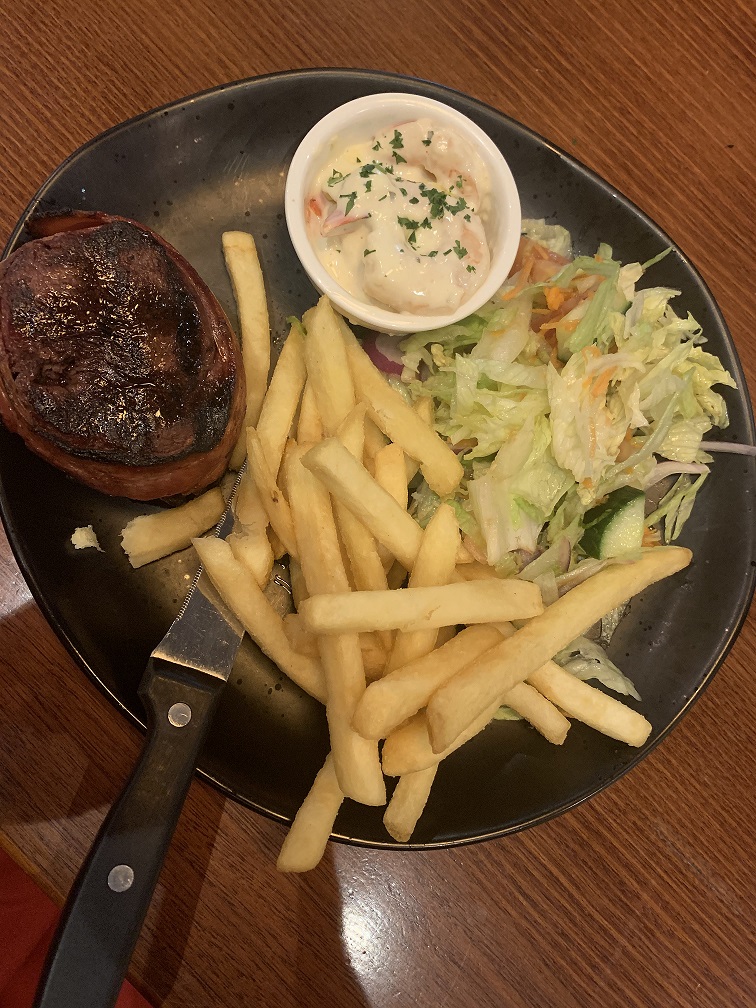 We all also agreed that the salad was a long way from being up to standard – a pre-packaged salad from the supermarket would have been much better. It was bland, barely dressed (if at all) and to be honest, not even worthy of being called a salad. Bland iceberg lettuce, diced tomato, a couple of bits of diced cucumber and maybe a piece of radish if you were ‘lucky’.

The chips were not even up to regular pub standard. They were French fries which were barely ok, quite soggy, and tasteless. The battered onion rings were light and crispy and while they didn’t have a huge amount of taste they were a nice touch to eat with steak.

Graziers Grill House offers a limited dessert menu, but probably enough to cover most tastes. For me there are times it’s hard to go past an ice cream sundae, especially of there is chocolate sauce involved.

Hmmm what can I say about my chocolate sundae?

Sorry, again not up to standard. How can anyone get an ice-cream sundae wrong? I was so disappointed. According to the menu, it was 3 scoops ice cream, marshmallows, whipped cream, wafer cone, glazed cherries and hot chocolate fudge – sounds delicious, but unfortunately not. 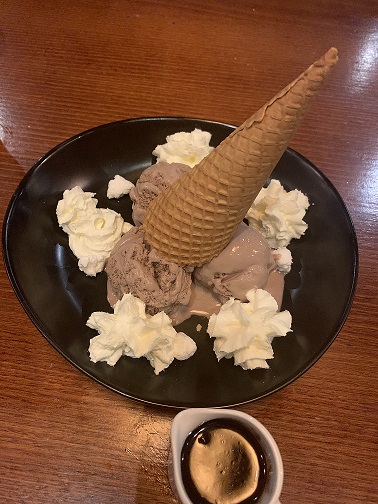 The scoops of chocolate ice cream were already melting over the plate when it was served, the marshmallows were non-existent, (or maybe there was one in the chocolate sauce). I asked for them to not serve the glazed cherries, the cream was straight from the can, the hot chocolate fudge was cold topping, and the wafer – well the wafer…

The ice cream was chocolate, which I thought was an unusual touch but think it should have been stated on the menu. Being chocolate was not an issue for me, but some people might object. The ice cream also had jelly lollies in it. The first one I got threw me a bit – was this something that was supposed to be in the ice cream or something that had ‘fallen in’ by mistake? By the time I had eaten the third jelly lolly I realized these were meant to be there, I think… 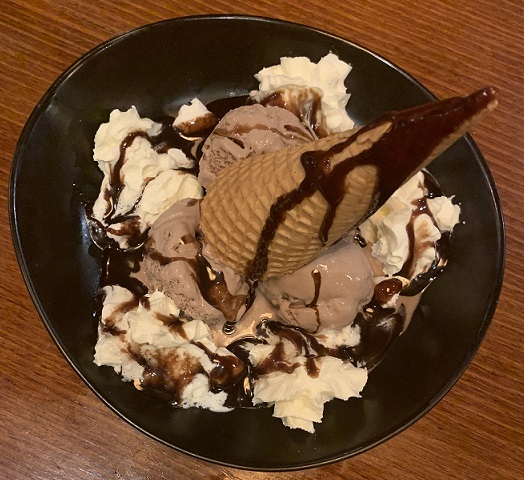 As far as ice cream sundaes go, my 7yo grandsons could have done a better job.

I also ordered what turned out to be a very delicious passionfruit cocktail. It had just the right fruity tang for me, but in all seriousness, if the mint you have to garnish drinks with should have been put in the bin the previous day its best left off the glass – presentation left a lot to be desired.

Graziers Grill House can certainly cook a great steak and the décor of the room is really pleasant. It would only take a few small changes to bring this up to a top quality steak house.