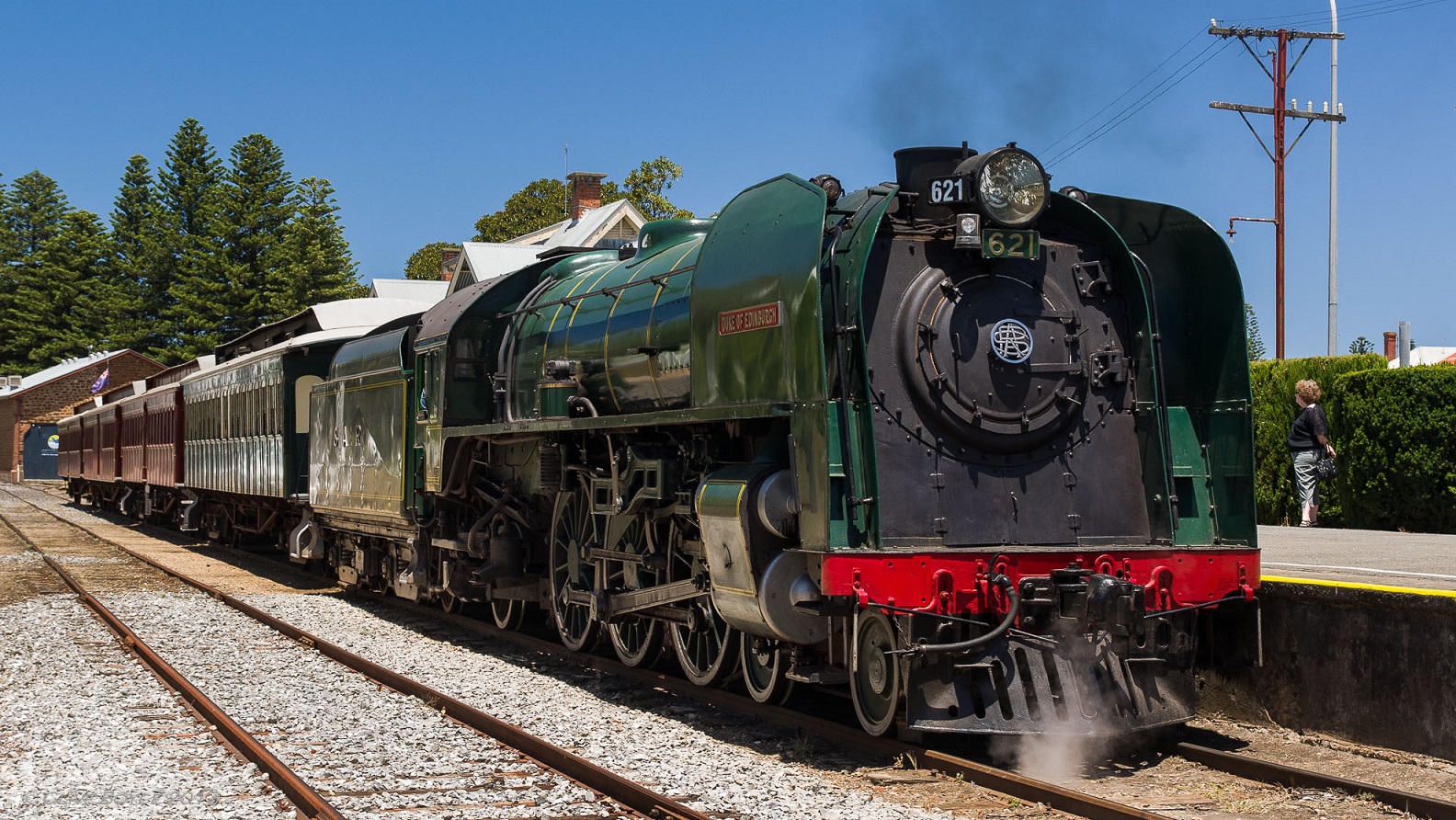 When visiting South Australia, most people think of the Barossa Valley, a beautiful district that is well known for its vineyards and wines, but there is more, much more in fact, to see in South Australia.

If you drive for just over an hour from the heart of Adelaide, you will find the beautiful towns of Goolwa, Port Elliot and Victor Harbor. Steeped in history and full of amazing ocean views, these towns offer a lot to the traveller who wants to wander, admire and explore.

One way to see some of the magnificent scenery this area offers, and to immerse yourself in history, is to take a short trip on the Cockle Train.

The Cockle Train travels along the oldest steel railed railway in Australia dating back to 1887 when it was constructed to provide a link between the River Murray and the ocean wharfs at Port Elliot and later at Victor Harbor. 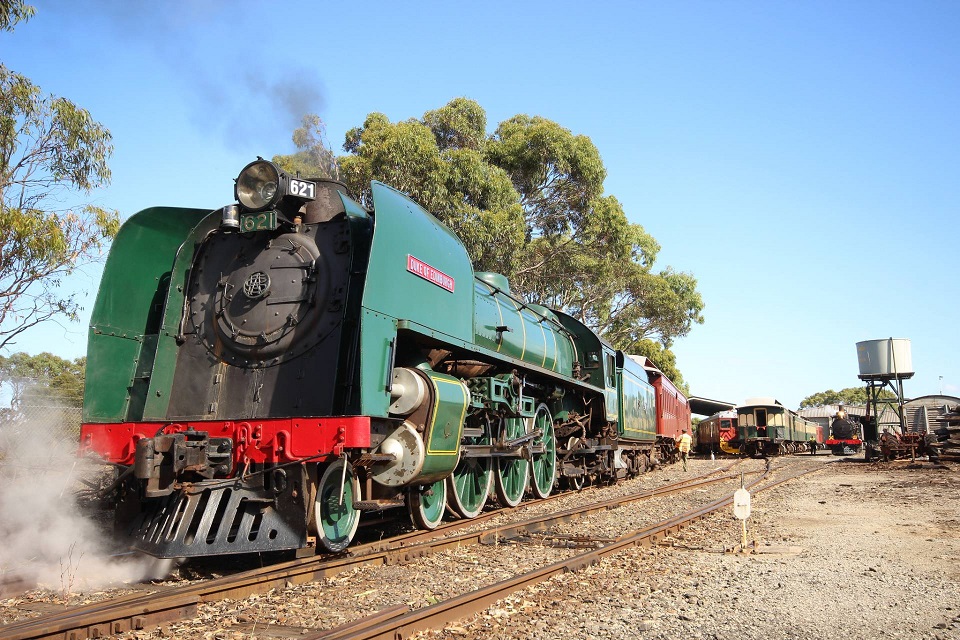 Why is this icon journey called the “Cockle Train”? In early days of settlement the local residents would take a horse drawn train to Goolwa to collect Cockles from the sandy beaches near the Murray mouth. It was a great day’s outing and thus gained its name. 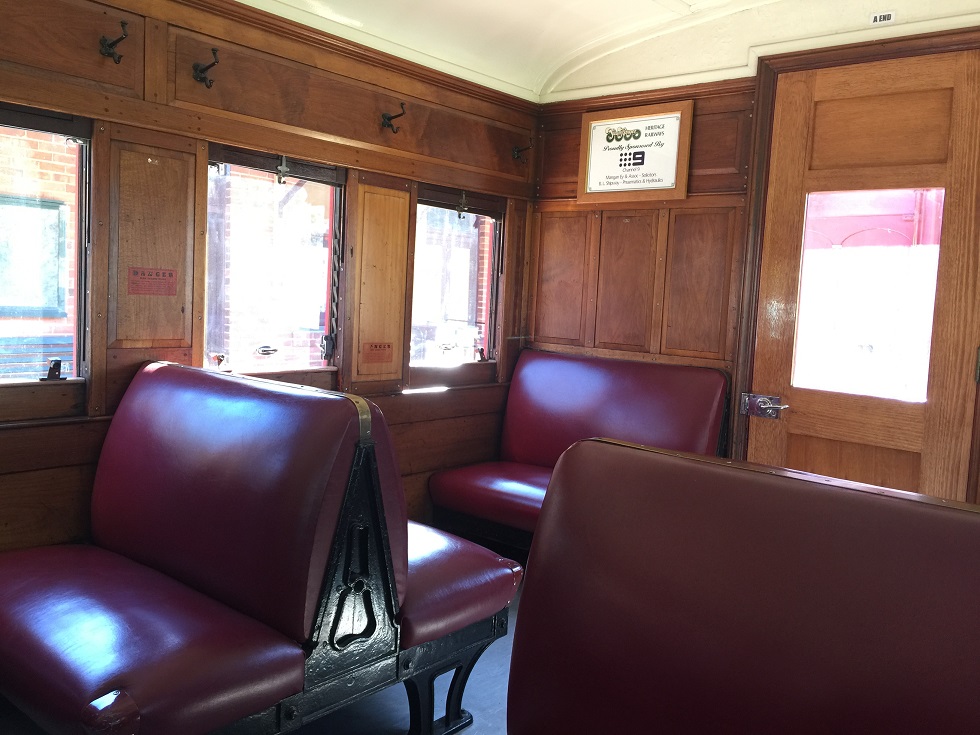 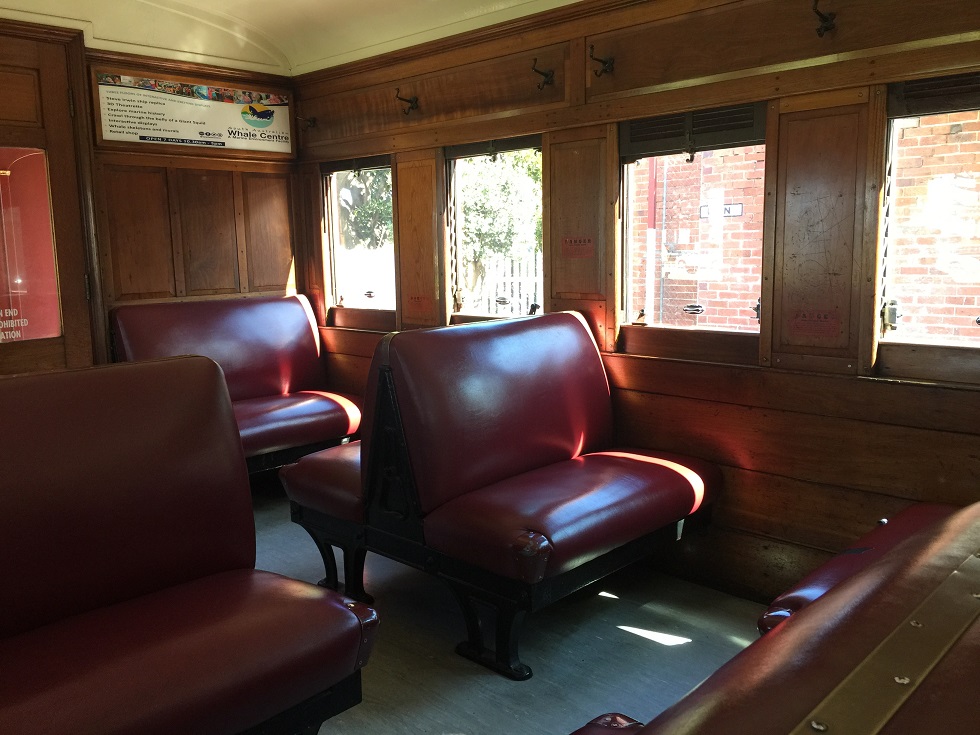 The Cockle Train is based at the Goolwa Depot and commences its run each day at Goolwa station, in the historic Wharf Precinct alongside the River Murray. After crossing the main Goolwa to Victor road the line heads off across the plains to Middleton, picking up or dropping off passengers on request, and then to Port Elliot where it reaches the Encounter Bay coast. The station here is operated by the local National Trust and features a small historical museum. 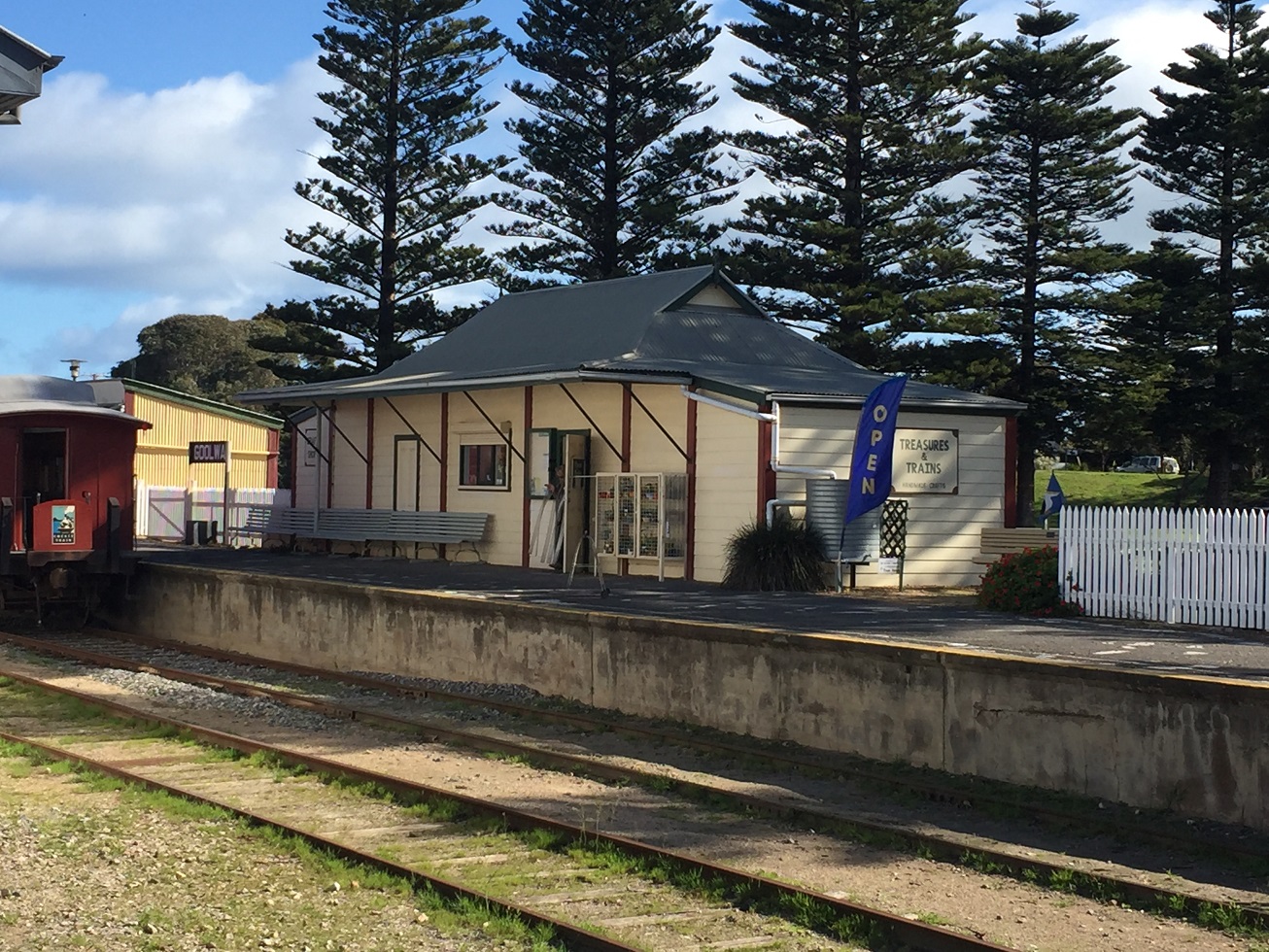 After leaving Port Elliot the train climbs to the top of the coastal cliffs and passengers then experience some of the most picturesque coastal scenery on the Fleurieu Peninsula, with nothing separating you from the beach below and a perfect view of the Southern Ocean – in winter the home of Southern Right Whale. 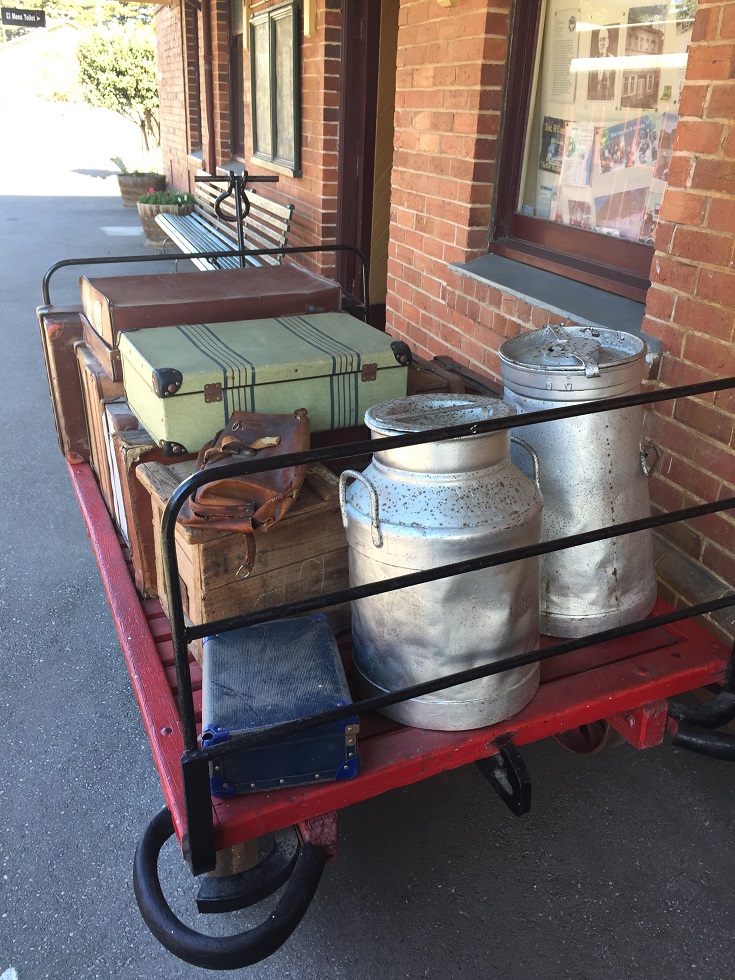 After a 30 minute journey the train edges into Victor Harbor station, right in the centre of the town and surrounded with its iconic pine trees. Here, the locomotive is detached from the carriages and turned on a specially retained 30m long electric turntable before re-joining the carriages for the return journey to Goolwa.

The number of trains operated varies through the year. Passengers can buy tickets at any of the stations for one-way journeys in either direction along the line or for a round trip. Trains wait for about 30 minutes at both Goolwa and Victor Harbor and roundtrip passengers can extend this period by returning on a later train. 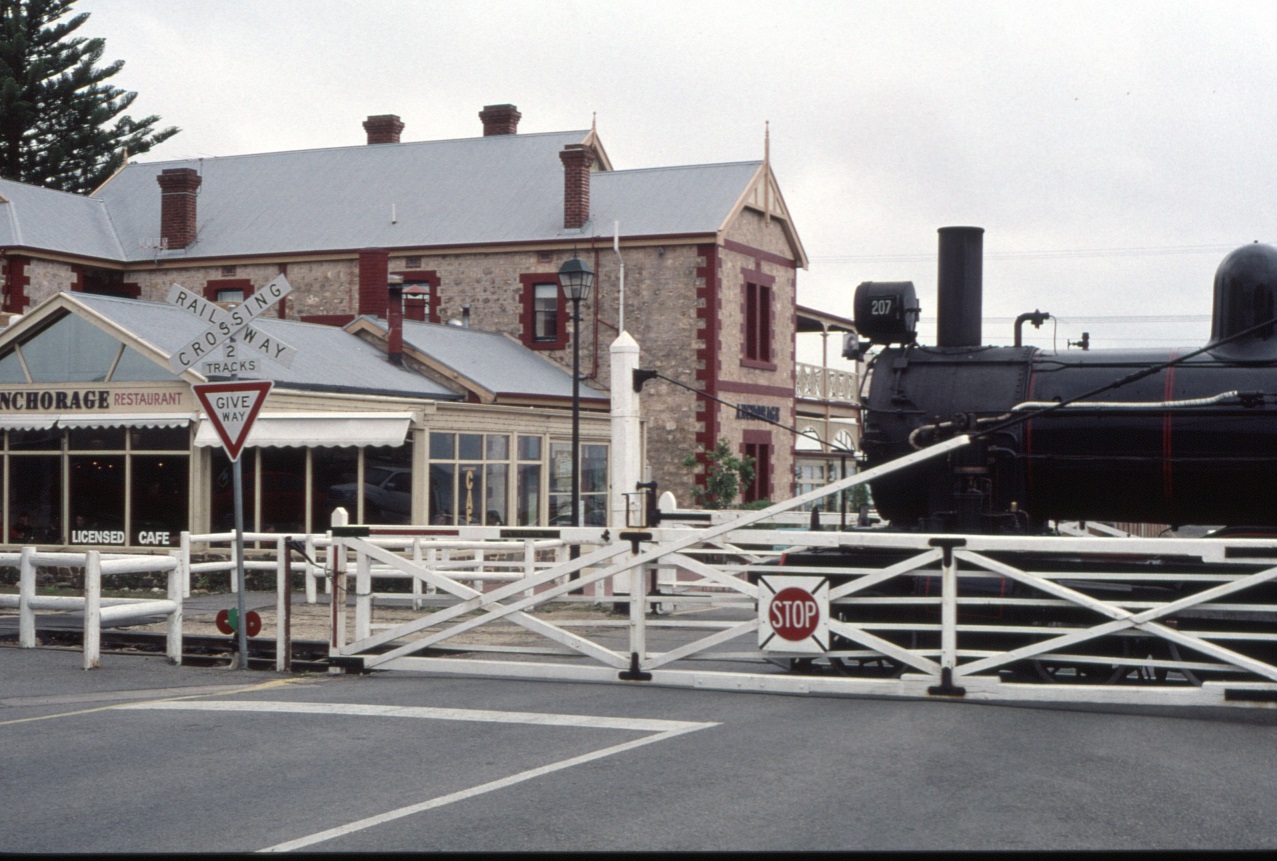 Trains are generally formed by a fleet of heritage Redhen and Brill Railcars, along with assistance from diesel locomotives.

South Australia’s first railway venture was the opening of the Goolwa to Port Elliot railway line in 1854. As well as being the first line in the colony the section was also the first public line laid with iron rails in Australia.

The line was constructed to provide an outlet for the River Murray trade of the 19th Century, although this role diminished following the extension of the more direct line from Adelaide through Kapunda to Morgan.

The original line headed directly inland from the jetty at Goolwa and travelled through the centre of the township towards Port Elliot. The present loop line was built later. The construction included a jetty and breakwater at Port Elliot and a deep railway cutting to run the line out onto Port Elliot jetty. 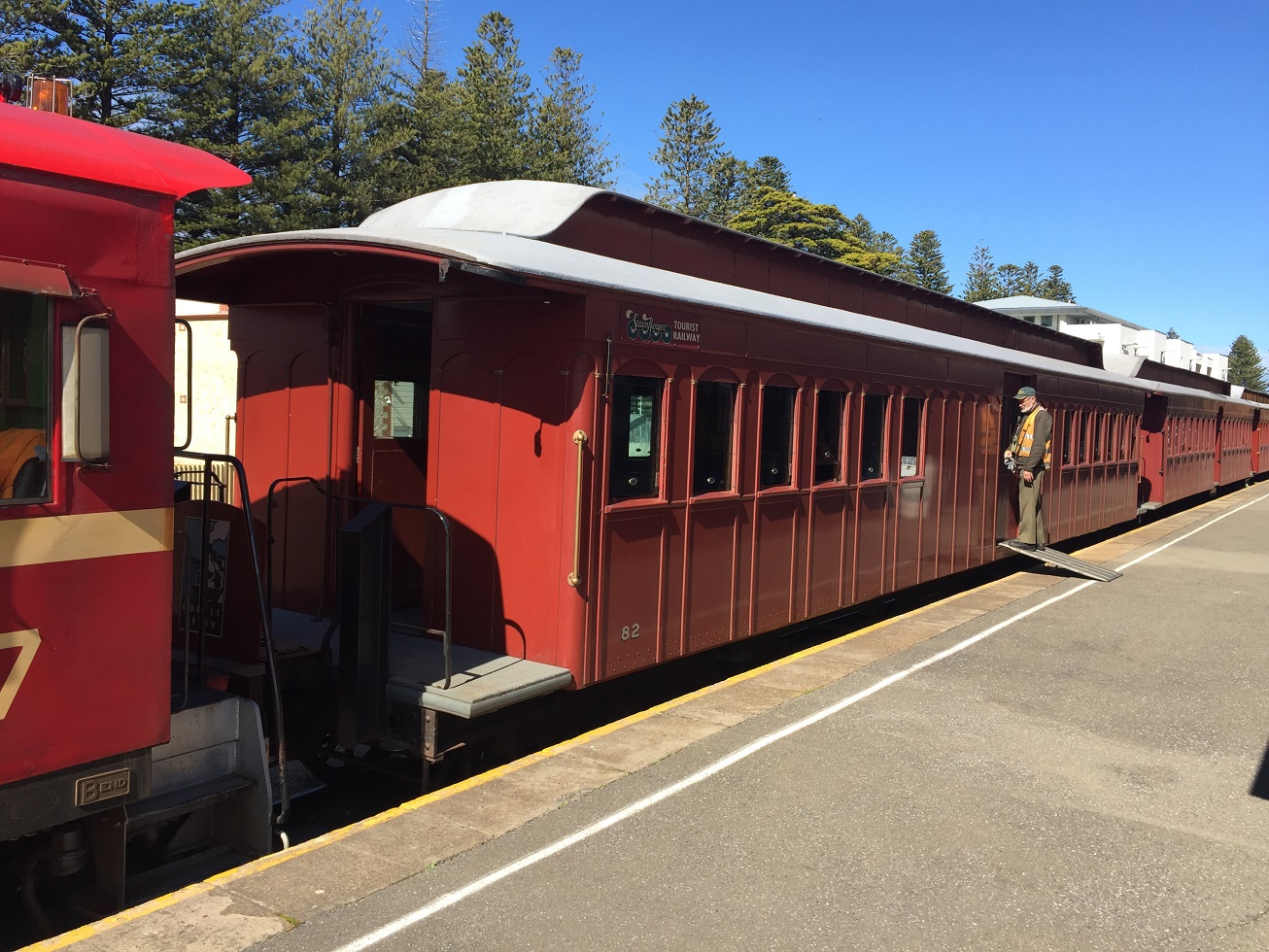 Unfortunately, it soon became apparent that Port Elliot was a bad choice as a harbour. A lack of shelter for shipping and the shallow anchorage made conditions dangerous to even the smallest ships. Seven ships were wrecked between 1853 and 1864 and it was decided to relocate the port facilities to nearby Victor Harbor. The extension was opened for traffic in April 1864. The Port Elliot facilities were abandoned following completion of the line to Victor Harbor.

The railway was extended northwards to Strathalbyn in 1869 by means of a line from Middleton, but it was not until 1884 that the line from Adelaide reached Strathalbyn and through travel was possible to the Capital. 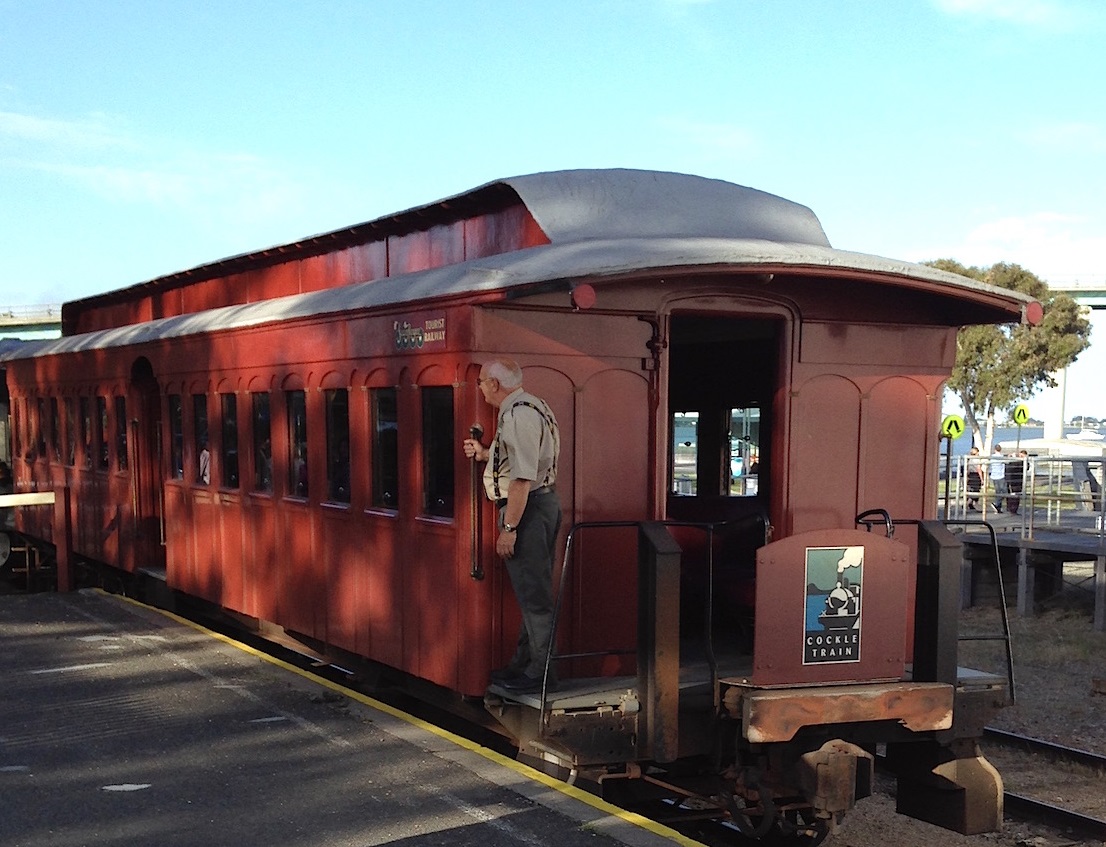 Horses provided traction power until steam was introduced in 1884. Two horses often worked coupled together and were changed as necessary at intermediate stations. In 1875 records show that the railway operated 29 horses, travelling 7000 miles a month. A typical working life was 14 years.

Take a dip at one of the quiet sandy beaches, hike the rugged clifftop for the views, sample delicious local seafood or see the ocean’s gentle giants with wales, dolphins and seals frequenting the bay.

Explore towering sand dunes, meander down quiet waterways and roam along snow-white sandy beaches. Goolwa is just an hour’s drive south of Adelaide and is a historic river port where the Murray mouth and Southern Ocean meet. With front row seats to epic sunsets over the Coorong, an important Aboriginal culture of the Ngarrindjeri people, and abundant wildlife, Goolwa is a popular holiday destination. Every odd-numbered year Goolwa hosts The Wooden Boat Festival celebrating the town’s historic wharf, maritime history and its modern beach-side lifestyle.