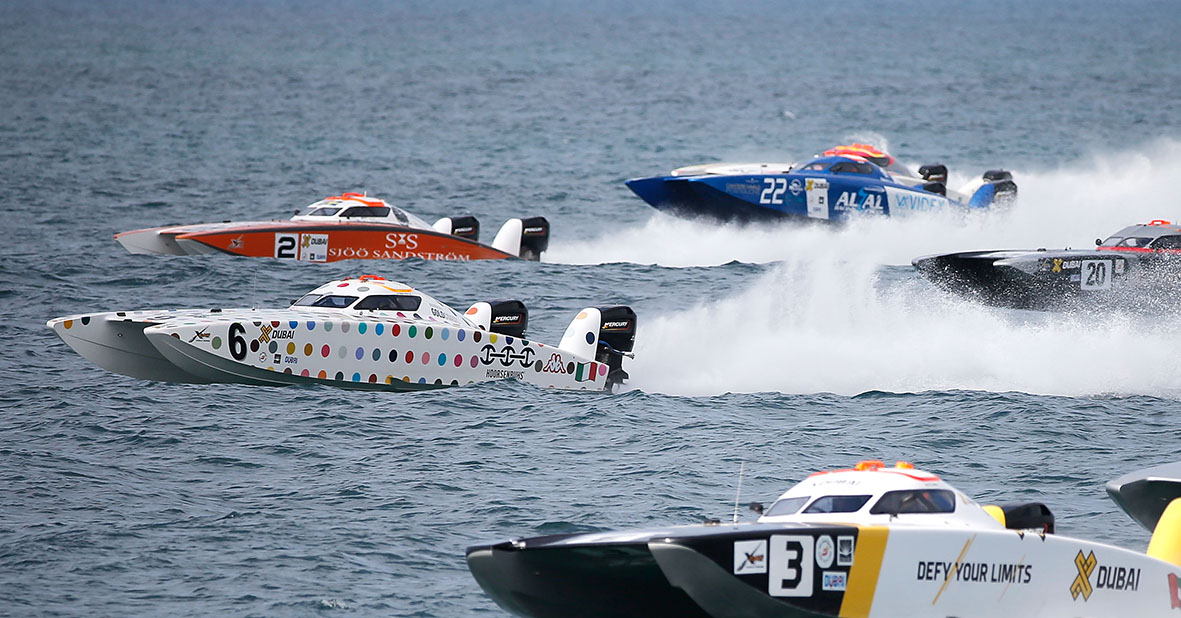 Gold Coast, Australia: Taking on the fourth round of the UIM XCAT World Series, on the Gold Coast in Australia, XDubai produced a characteristically flawless performance to lead from the start and cross the line first with Gold Coast Australia second and Six third.

Arif Al Zaffain and Nadir bin Hendi started the race in Pole Position and powered straight to the front. Their only hiccup came when teammates Salem Al Adidi and Eisa Al Ali flipped their Dubai boat for the second time in two days and the race was red flagged.

XDubai made no mistakes at the restart, however, and maintained their lead in the then-shortened race to take maximum points and extend their lead at the top of the series standings. 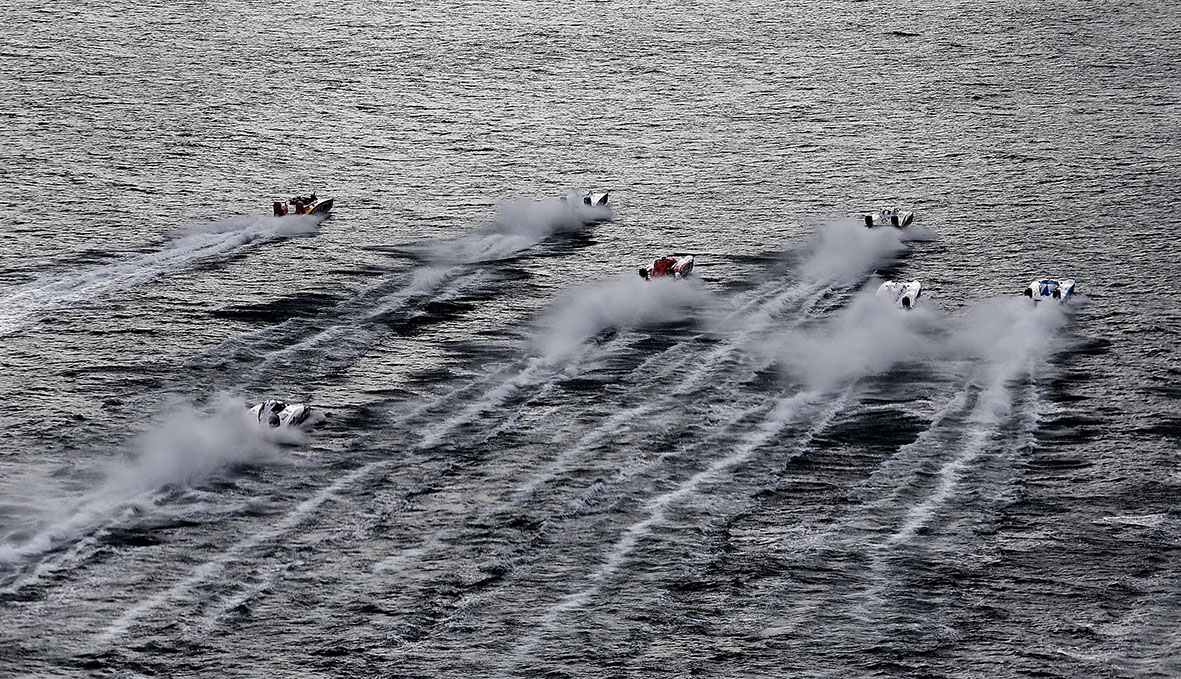 Despite making it look like a comfortable victory, Bin Hendi said: “It was not easy. It was tough and the conditions were getting worse and worse. They were much better than during Pole Position yesterday though but as we were coming in it was getting worse as we were hitting the waves.

“We were taking it easy and didn’t push like crazy but as soon as we saw the Gold Coast boat were getting closer we were pushing it. I think it’s a very good thing for the Australians having them coming second. It’s good for the whole country.”

As for the Australian team perhaps providing a tough challenge at the next race, Bin Hendi added: “Anybody can challenge us but we are always there on top.” 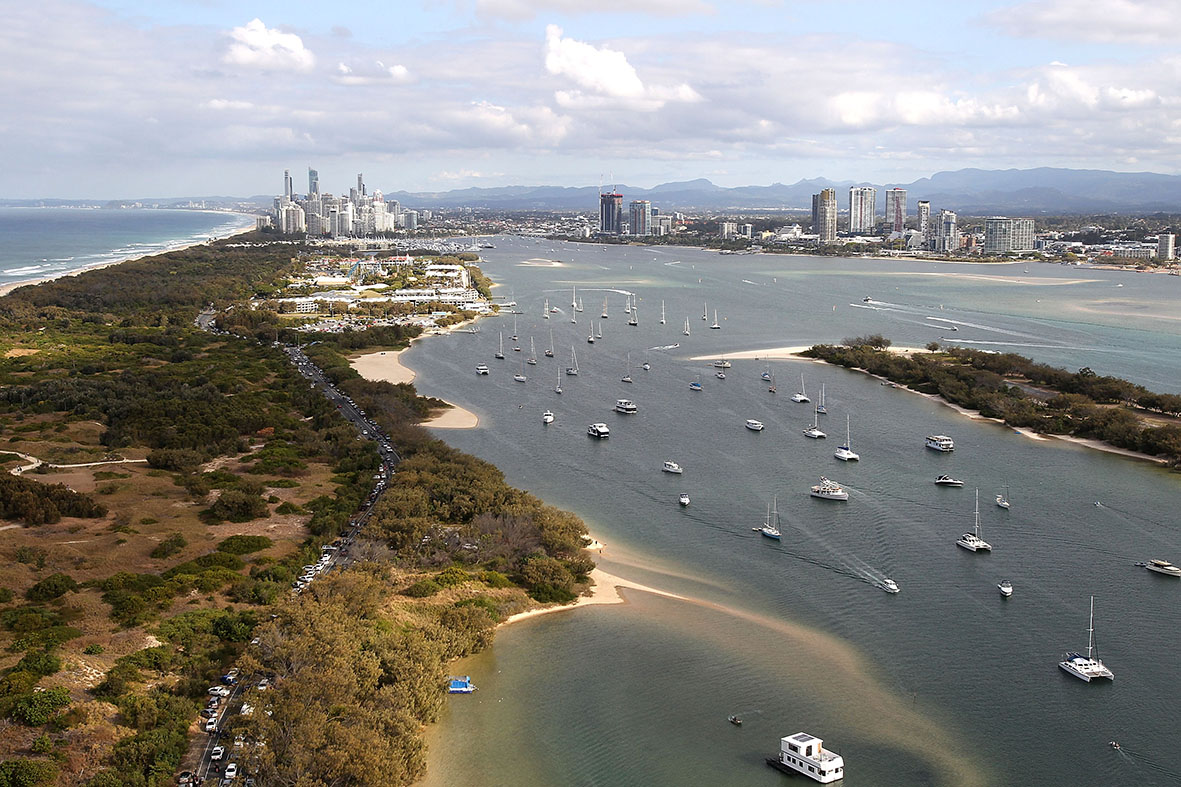 The home racers were understandably thrilled with their second spot. There were some nervous moments, however, when Tom Barry-Cotter and teammate Ross Willaton realised their engine was giving trouble during the period when the race was suspended.

“We smashed the left engine when we did a big jump before the restart… there were a few moments when we thought we may have to retire, but the engines restarted and we kept going so we were thankful for that.

Speaking about achieving the podium spot, Barry-Cotter added: “It’s a massive weight off our shoulders and to see what this means to myself, the whole team, friends and family, the whole city is just amazing. I couldn’t be happier. 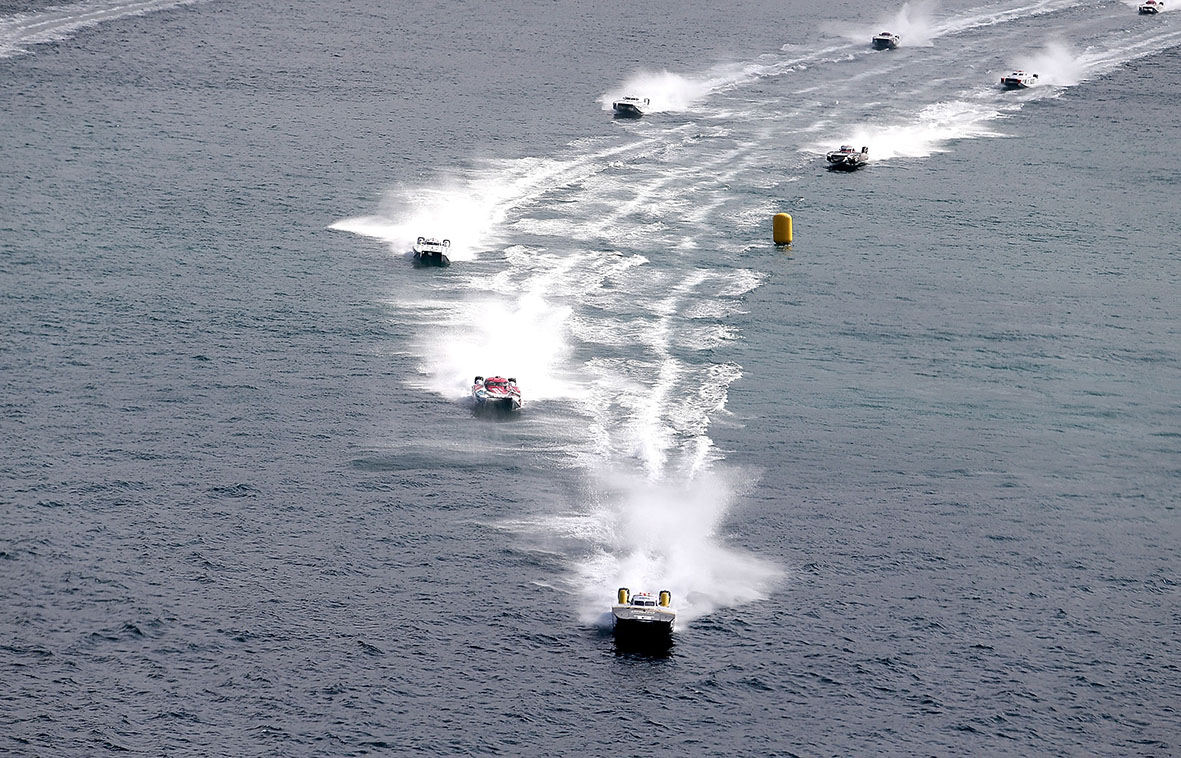 The Six boat of Tomaso Polli and Matteo Nicolini produced a fantastic performance to finish in third spot after starting the race in seventh. “It was a great race,” enthused Polli afterwards. “Our boat was perfect: the balance, the props, even the top speed where we normally have issues.

“We are especially happy for the overall Series standings, as we are fighting with Abu Dhabi for second spot and we finished much better than them today.” 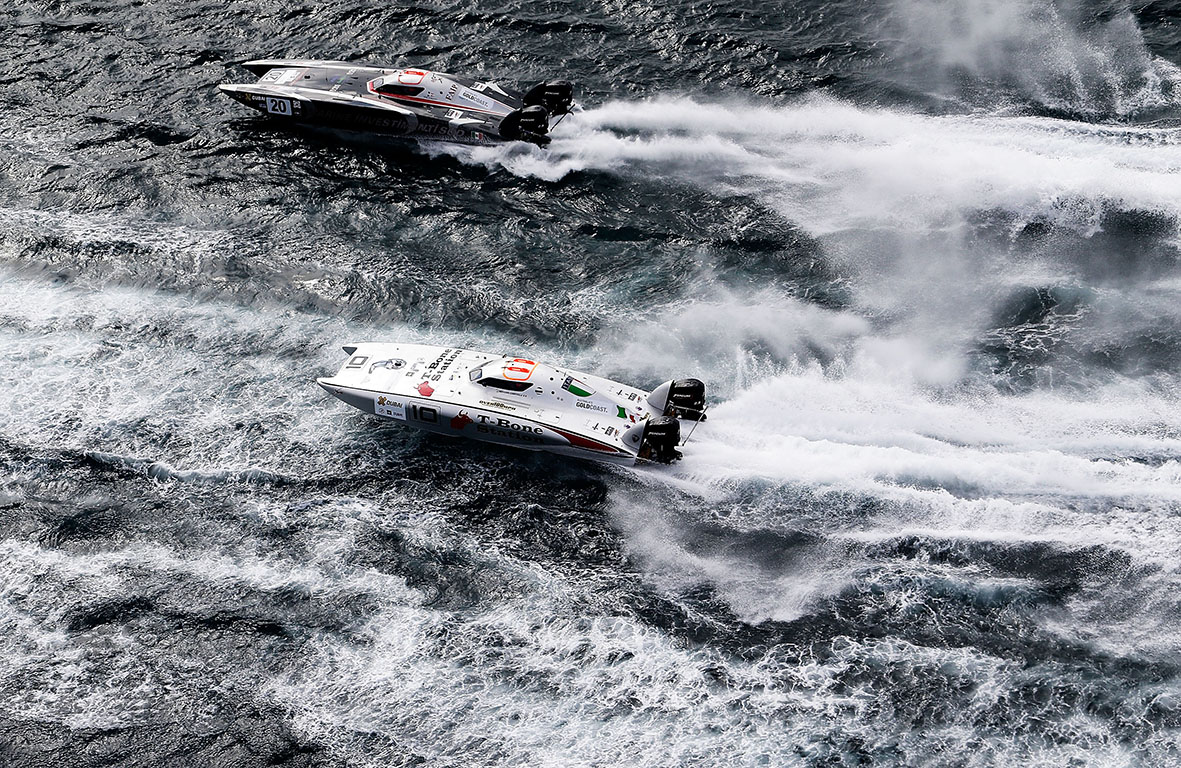 Six have indeed closed the gap significantly on Team Abu Dhabi as they’re now just five points behind them in third spot. Abu Dhabi are second with 108 points with XDubai way out in front with 131.

Meanwhile, Gold Coast mayor Tom Tate was delighted with the event which attracted over 20,000 spectators to Doug Jennings Park.

“I walked around and spoke to a few people and what they loved is it’s free, family fun and excitement and there’s something for everyone,” said Tate.

“Will this stay on the calendar? As long as I’m mayor! It makes common sense to keep going. We have a three-year contract with two-year option. It ticks every successful box. We love it, and the drivers love it, supporters love it and the world loves it so bring it on.”