Townsville, AUSTRALIA: Red Bull Racing Australia’s Jamie Whincup and Steve Richards raced into Townsville and swapped their V8s for mountain bikes as they embarked upon a morning of adventure with fans. 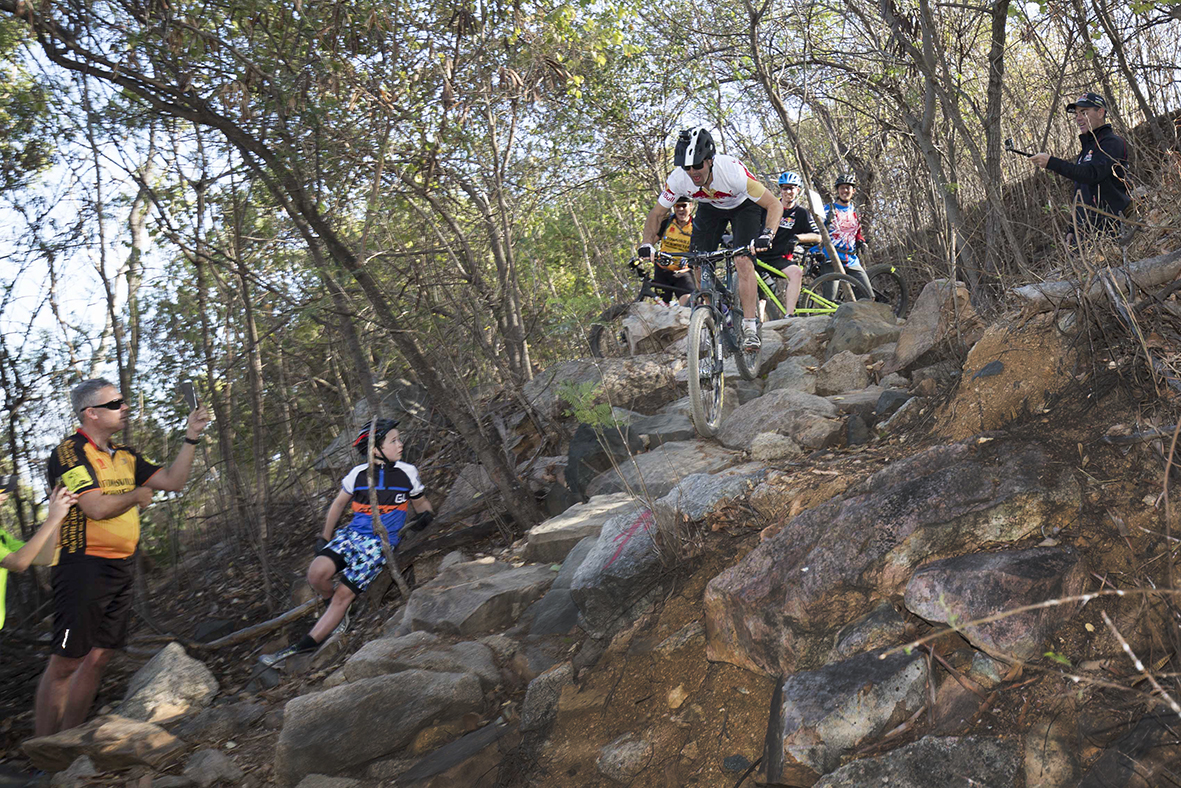 Jamie Whincup leads Steven Richards down the mountain in Townsville.

Taking on a whole new challenge, the Australian V8 Supercar drivers got a guided tour of the popular Douglas Mountain Bike Reserve from the local Rockwheelers Mountain Bike Club. V8 heavyweight Craig Lowndes was also on-site egging on his teammates and meeting fans on the track.

The event gave fans exclusive access to the Supercar superstars who signed autographs, snapped selfies and hung out with local fans. People of all ages and abilities joined in on the action, riding alongside their heroes as they navigated the scenic rocky trail runs which had been set out with the local knowledge of the mountain bike club. 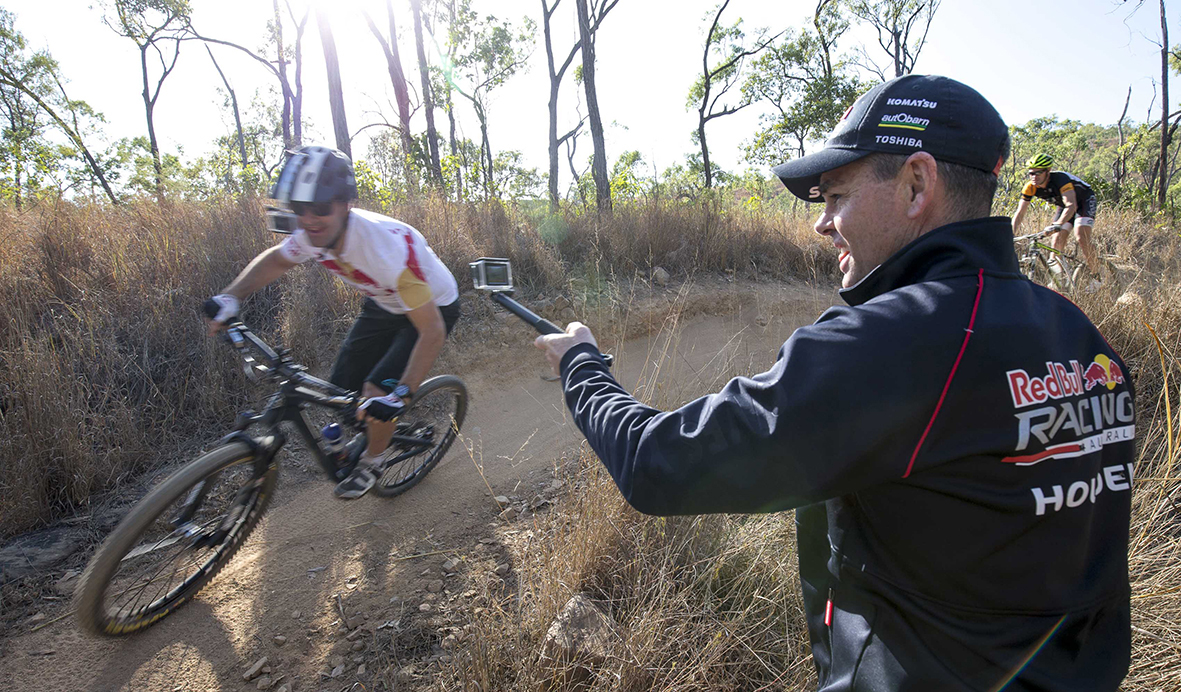 While there were no nail-biting thrills or spills, Whincup took on the infamous ‘meat grinder’ section of the trail which tested his courage and mountain biking ability. 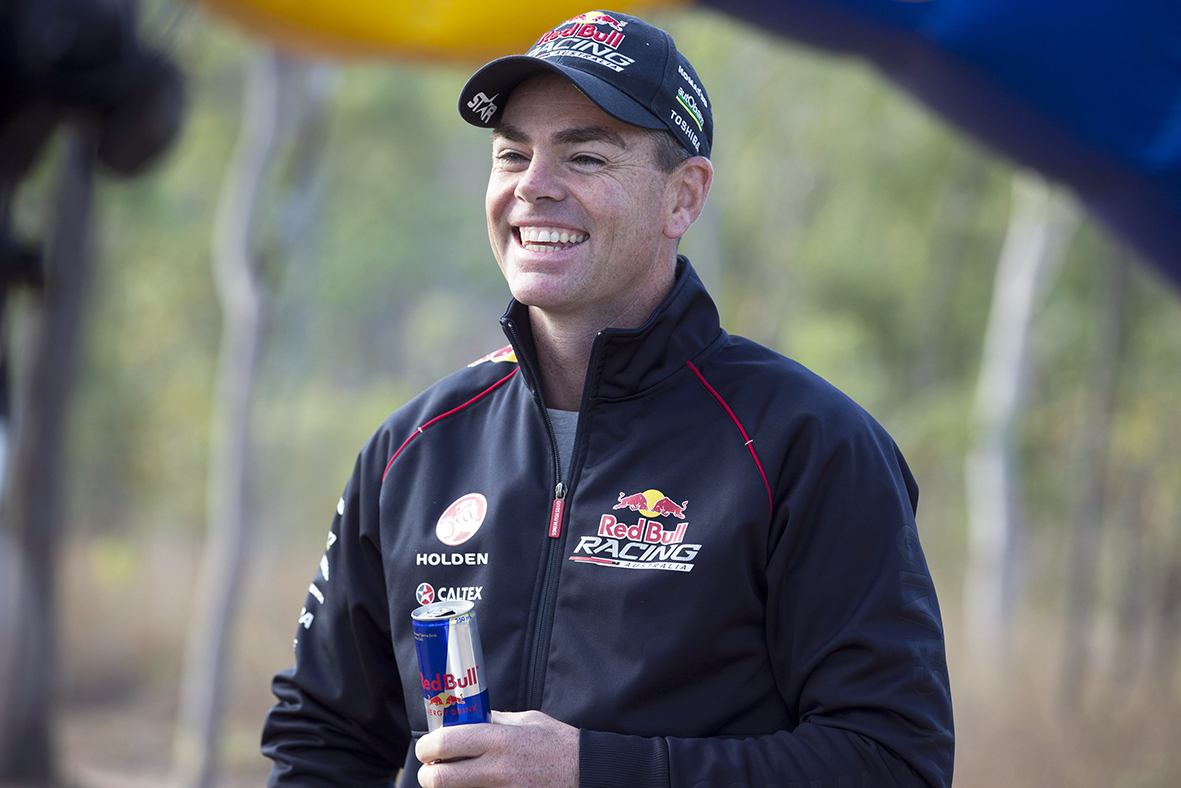 Kicking off on Friday, Whincup, Lowndes and Richards will be hitting the unique street circuit at the Townsville 400 from July 10– 12. Thousands of excited fans will pour into Reid Park to watch the V8 stars compete in one of the season’s most popular events.