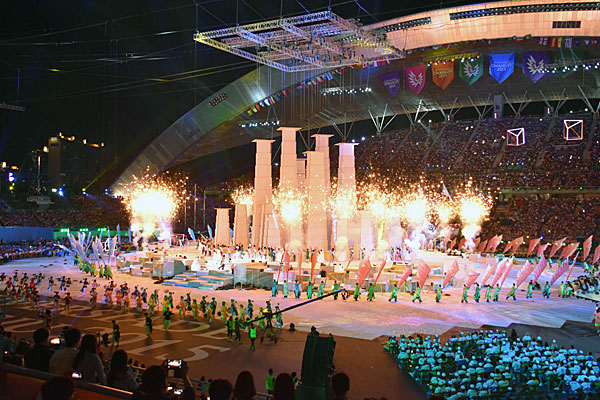 Gwanju, KOREA: On July 3, the twenty-eighth Summer Universiade kicked-off a 12-day period of university sport extravaganza with a spectacular Opening Ceremony. The Black Eagles, the Korean Air Force jets, roared in Flying V-formation cutting through the air above Gwangju World Cup Stadium to set the celebration in motion.

A mixture of traditional Korean music and dances and contrasting modern dubstep beats and K-pop bands were very much appreciated by the many Korean youth attending as volunteers. Once the Korean flag entered the World Cup stadium and was raised while the national anthem played, the ‘real show’ started. 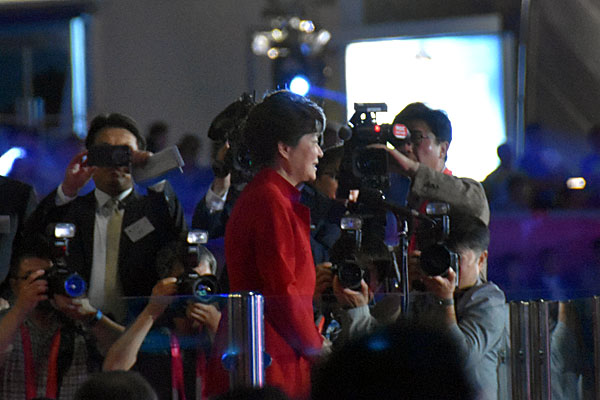 The whole ceremony was a colourful sound and light show. As always, the long marching pass of the athletes was one of the most anticipated highlights that culminated in the opening speeches of both Co-Presidents of the Organising Committee, Yoon Janghyun and Kim Hwangsik, and the FISU President Claude-Louis Gallien.

“Dream big!” was the advice Mr Gallien had for the 12,000 participants. “There should be no limit to your ambition! During this Universiade, let us be ambitious together because, when competing together, and not against each other, we can achieve true victory. True victory is not defeating opponents. The only true victory is conquering yourself, and, in a competition, others are there to help you do so.”

He then invited the President of the Republic of Korea, Her Excellency Madam Park Geun-hye, to open the Games. Then the FISU Flag entered the stadium and was raised while FISU’s Anthem Gaudeamus Igitur played.