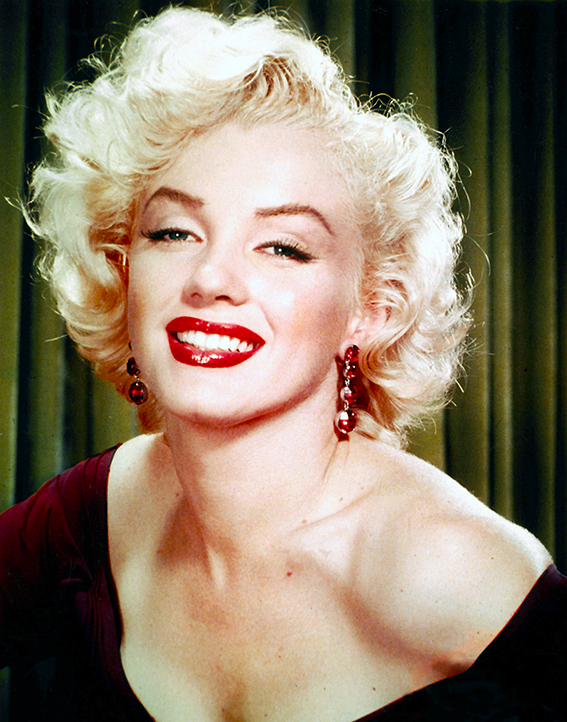 A very pretty Norma Jeane Mortenson, born in 1926, began her career as a model but by 1946, it was a very sultry Marilyn Monroe who had signed with Twentieth Century Fox. In 1953 she took on a lead role in Niagara, a film that dwelt on her seductive appearance.

Starring in a number of successful pictures during the 1950s and early 1960s, Marilyn was labeled a major sex symbol, and long after her death was named No. 1 in Film’s Sexiest Women of All Time by TV Guide Network.

It’s 80 years since Mr Max Factor Jr opened the doors of his Hollywood make-up studio, transforming the looks of Hollywood’s elite. His most iconic client of all? Norma Jeane.

Norma Jeane entered his Blonde Room in the late 1940s as a brunette, and thanks to Max Factor, emerged complete with platinum blonde hair, a beauty look fit for Marilyn Monroe. Since then Max Factor make-up was used to create an icon in Marilyn Monroe.

In an exciting partnership that is set to inspire women around the globe to undergo their own personal glamour transformation, one that they never imagined possible, Max Factor has announced Marilyn Monroe as its global glamour ambassador.

“Marilyn made the sultry red lip, creamy skin and dramatically lined eyes the most famous beauty look of the 1940s and it’s a look that continues to dominate the beauty and fashion industry,” said Max Factor global creative design director, Pat McGrath.

“It is the ultimate look that defines glamour – nothing else compares. Ruby Tuesday, inspired by one of Marilyn’s favourite Max Factor lipsticks, is still my go-to red today for an instant shot of glamour, and continues to be one of the most popular shades for both make-up artists and real women. It’s the ultimate glamorous red.”

Max Factor Australia head makeup artist, Liz Kelsh, added, “Marilyn is the ultimate beauty icon, her statement Ruby Tuesday red lips, for which she is known, are both timeless and modern.
“The incredible transformation in the hands of Max Factor from timid Norma Jean to powerful Marilyn Monroe is the most fantastic example of the magic of makeup.

“I love the power of transformation and I see make up as a tool that can be your best friend, a friend that hides your flaws and shows off your assets to the max. Everyone feels more confident wearing makeup, and with the right makeup anything is possible.”

Have your own glamour transformation and create your own bombshell look with Max Factor.