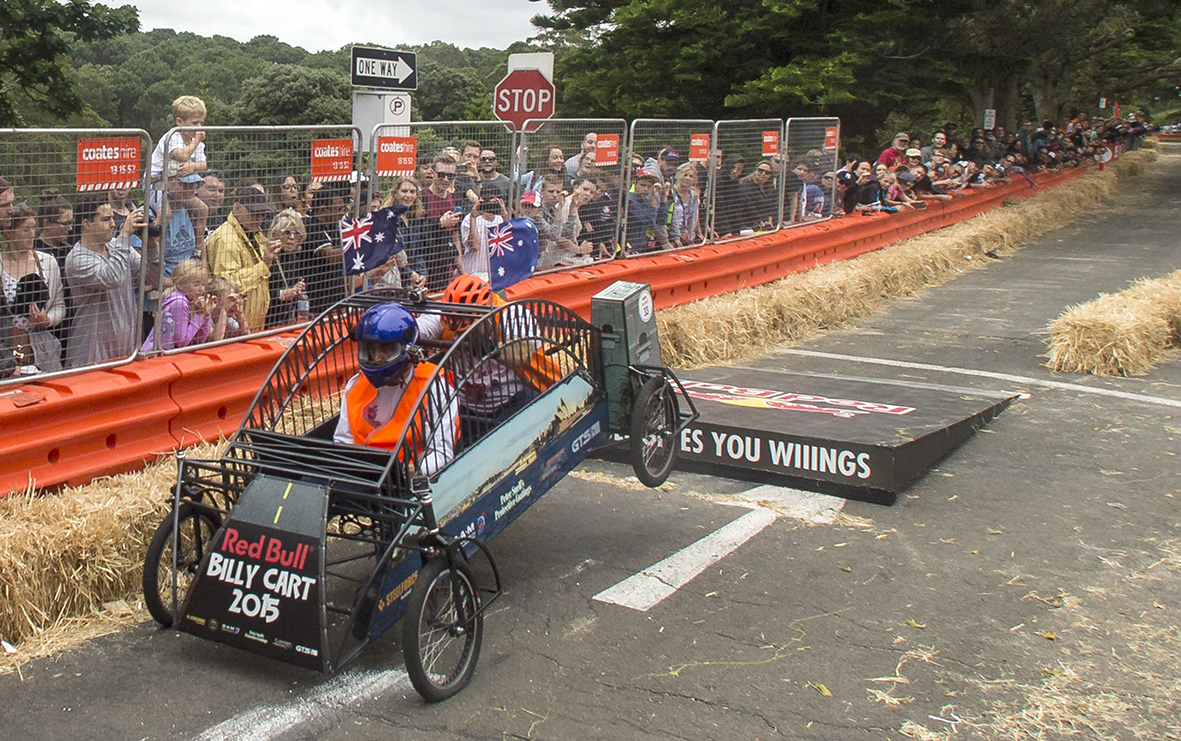 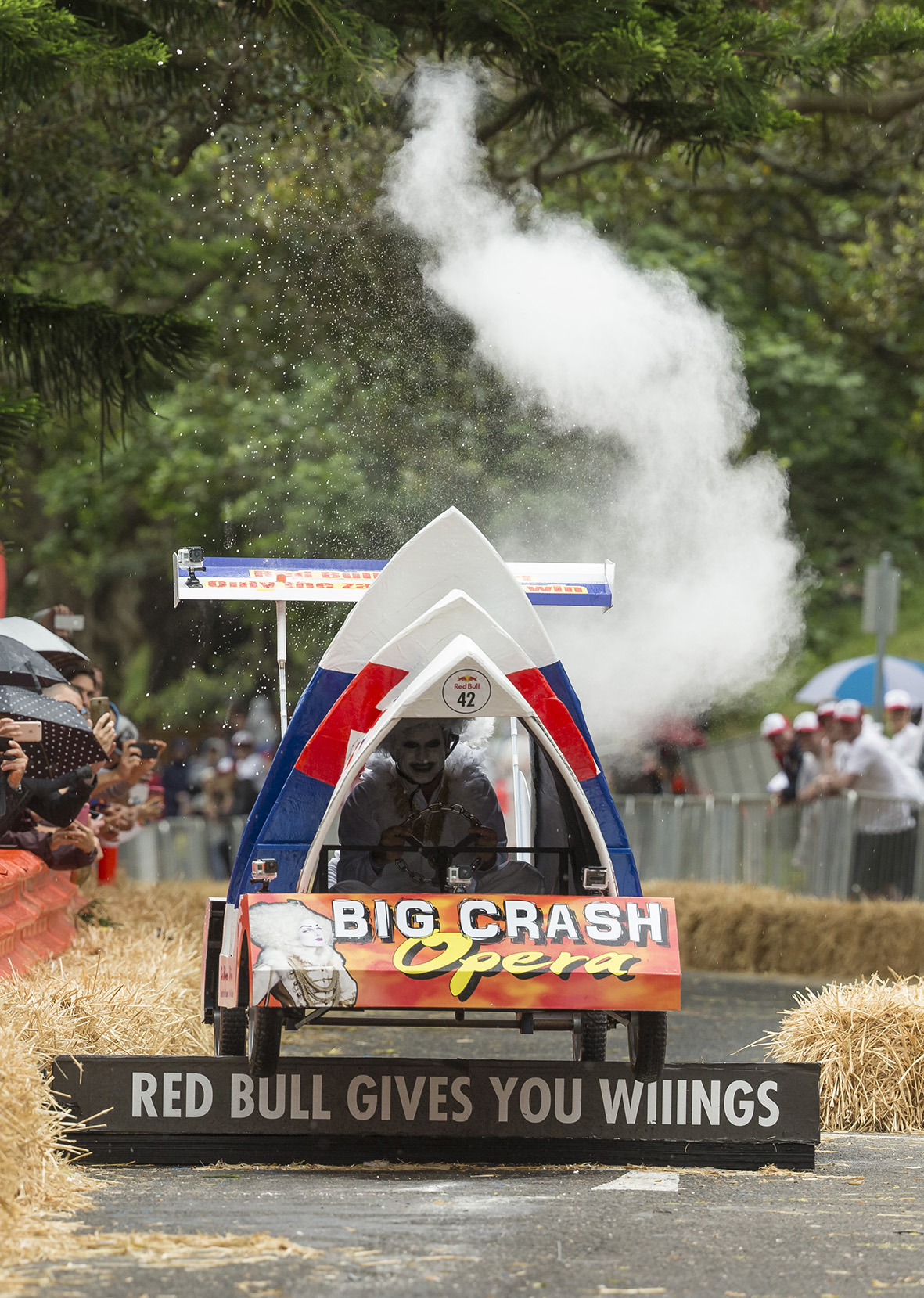 Working every night and every weekend, Steel Team 32 spent hundreds of hours on their design. “We wouldn’t say we built the best looking car but we built the best one. We got a good time and we got the best score” claimed Ryan Baldacchino. “I didn’t even have to cut the break cable, cos’ it went fast!” added team captain Mick Warren. 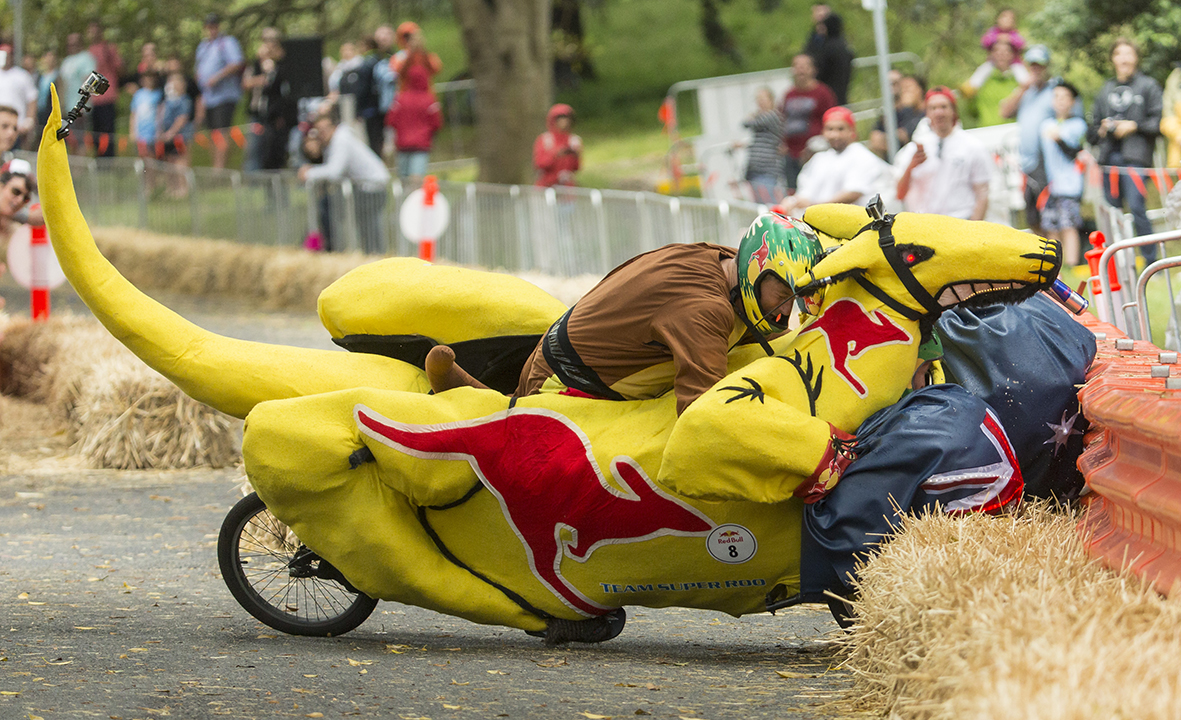 In second place, NSW Police brought home a $10,000 win thanks to their streamline Police Car cart, which flew down the track and ended with a spectacular roll after the finish line. The money from yesterday’s win will be donated to two charities’ of the team’s choosing. Finally, Woodenbong Fun Club from Beenleigh came in in third place, walking away with $5,000 thanks to a solid pre-race spectacle and an extremely agile cart design.

Throughout the day, the weather held out as spectators flocked to Centennial Parklands to watch in awe of the pre-race performances and daredevil driving. Over the course of the event around 15,000 people attended the race which was matched with 1.2km of barriers and 1,500 hay bales. 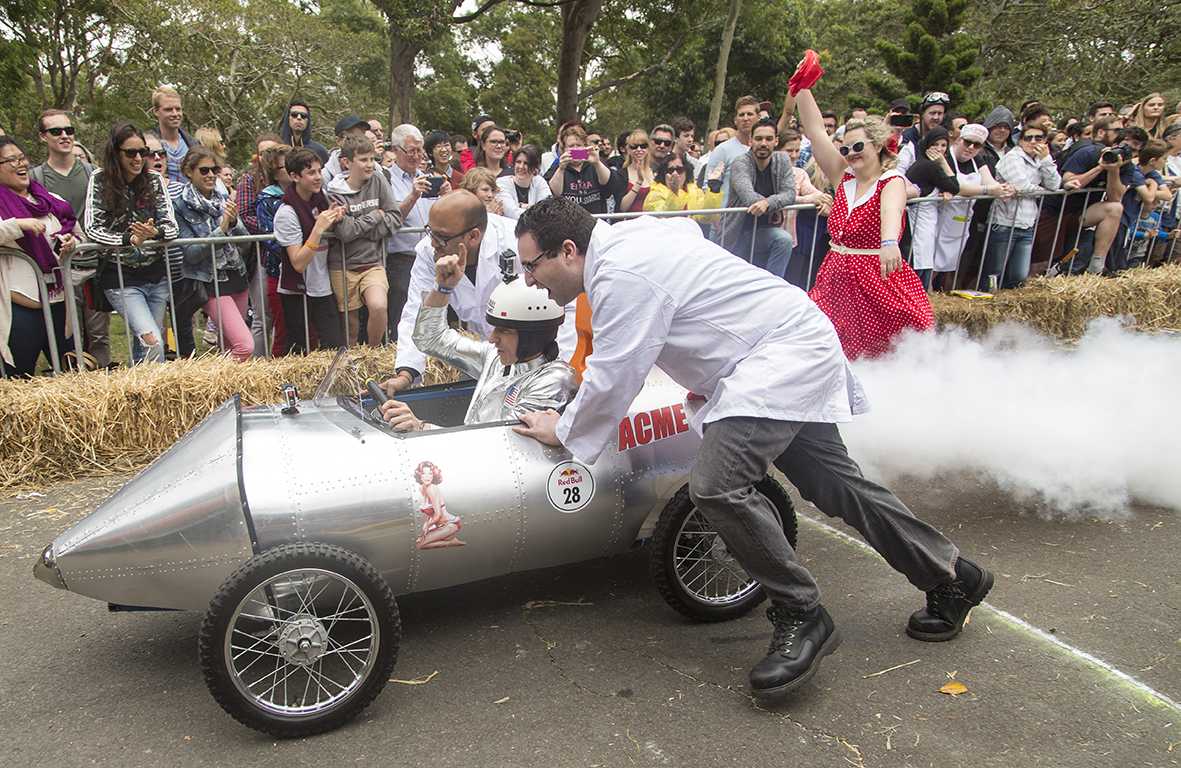 Motocross stuntman, Robbie Maddison, off-road motorcycle racer, Toby Price, and pro-skater, Mikey Mendoza, had the hard task of handing out points based on speed, creativity and showmanship during the day.

Highlights included an impressive run from crowd favourites ‘Dinner for Two’ from Apsley and the Sunshine Coast with a quirky design that fell apart as the team cleared the jump near the finish line, ‘Duck Life’s’ rubber ducky being decapitated coming off the ‘Woolworths Wall Ride’ and ‘Super Roo’s’ finish line crash. 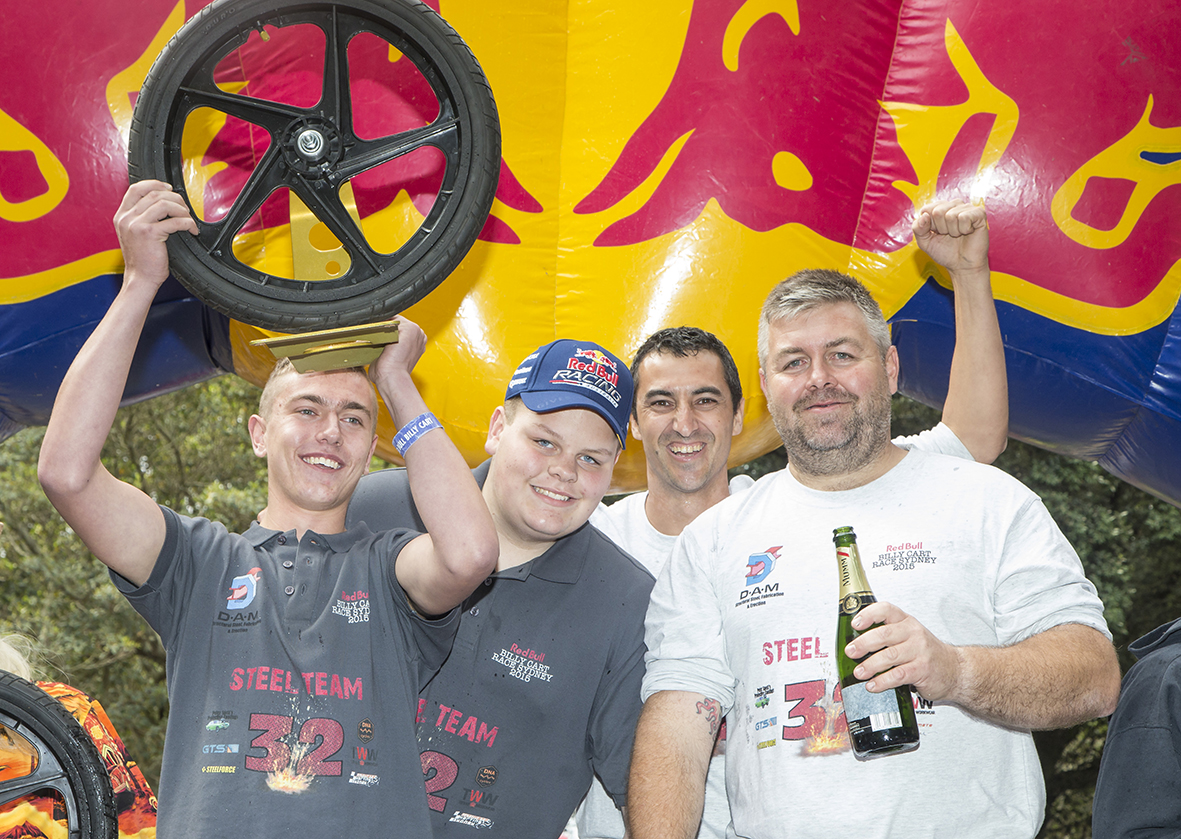 A one-hour highlights program will air nationally on the Seven Network at midday (AEDT) on 12 December.