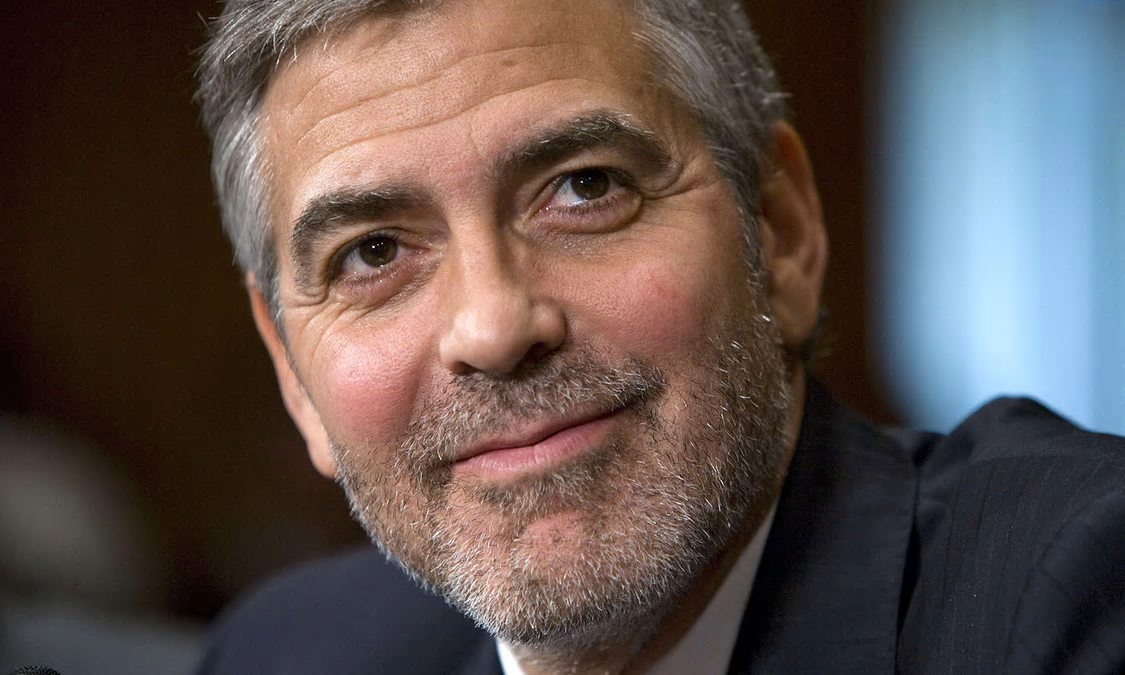 We all know that look, too much tanning product and you are bright orange, or too much hair colour and you are bleached stark white or suffering with black as black or fluoro colour hair when you are after a soft and subtle tone. It’s the same with our makeup, too much of it and you look like a plastic doll and of course there are the injectables or surgeries, too much and… *shudder*

The majority of us just want a natural look, but most of us aren’t happy with our God given natural look. We want to be enhanced but look natural at the same time. We tend to look for the same in our partners, naturally beautiful or handsome – no matter how much work our partner has to put into that ‘natural’ look.

Just For Men has conducted a neuroscience study which found that women subconsciously find men with natural looking, colour-treated hair 28 per cent more desirable than the same men with grey hair, indicating that even George Clooney would be more attractive without his silver strands. The majority of men aged 21-34 who are grey or greying are very concerned about their hair but don’t do anything about it for fear of looking unnatural. The study concluded that men who achieve a natural-looking result when colouring their hair are more appealing on both a social and professional level. 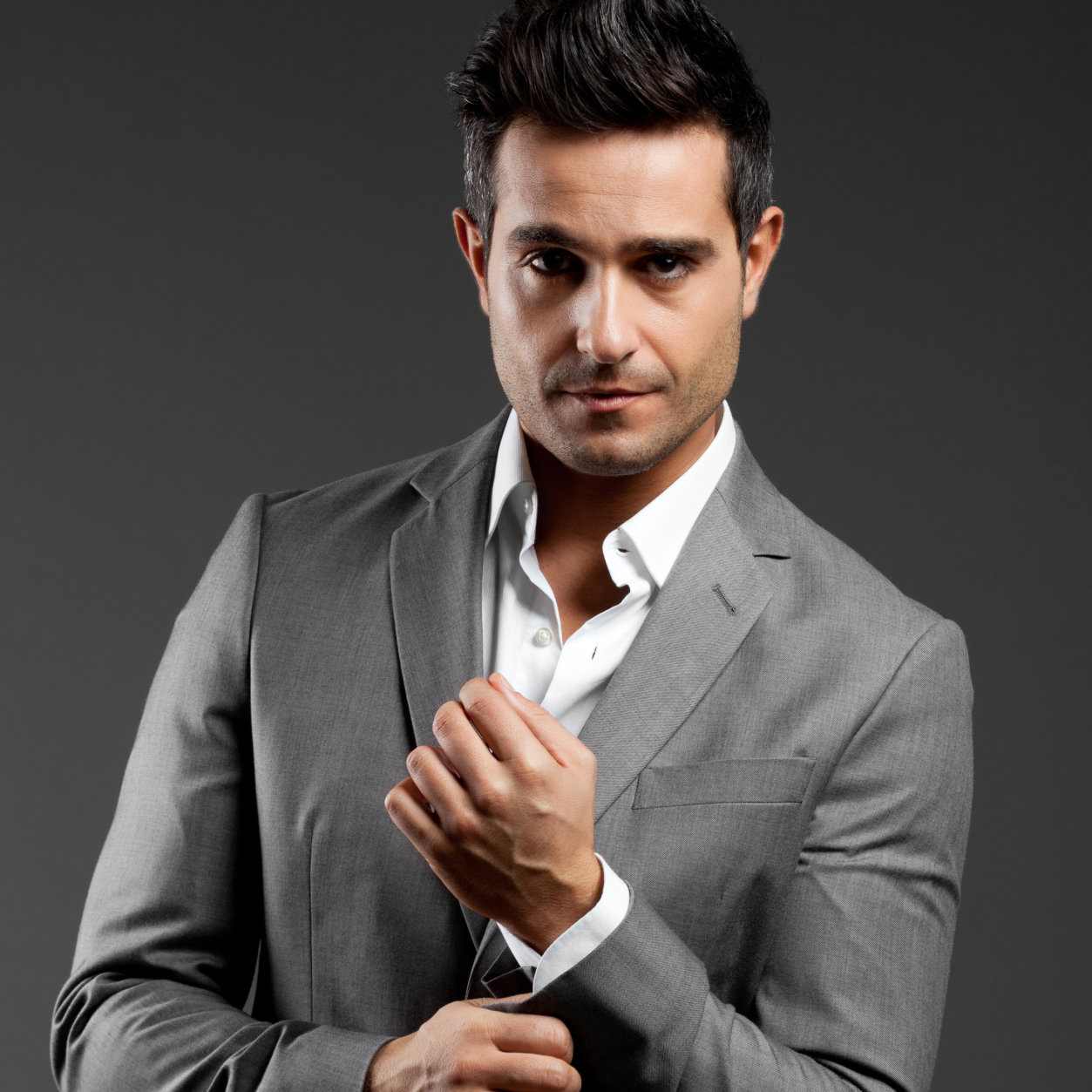 A study conducted by RSVP also shows males aged 18-30 fear rejection the most, with one third of females in this age group admitting they would date someone based on their looks alone. While it’s said that gentlemen prefer blondes, neuroscience research has discovered that women really do want a man with dark hair that’s void of grey.

According to Leandro De Lima, Marketing Manager of Combe Asia-Pacific, the makers of Just For Men, additional research also discovered that the majority of men aged 21-34 who are grey or greying are very concerned about their hair. “Almost two thirds of men in this age group feel that hair is an important part of their appearance and more than 20 per cent believe that females don’t like men with grey hair,” said De Lima.

“Confidence is crucial to success in dating,” said Lara Delahunty from RSVP. “There’s nothing more attractive than self-confidence and feeling positive about your appearance will boost that.” 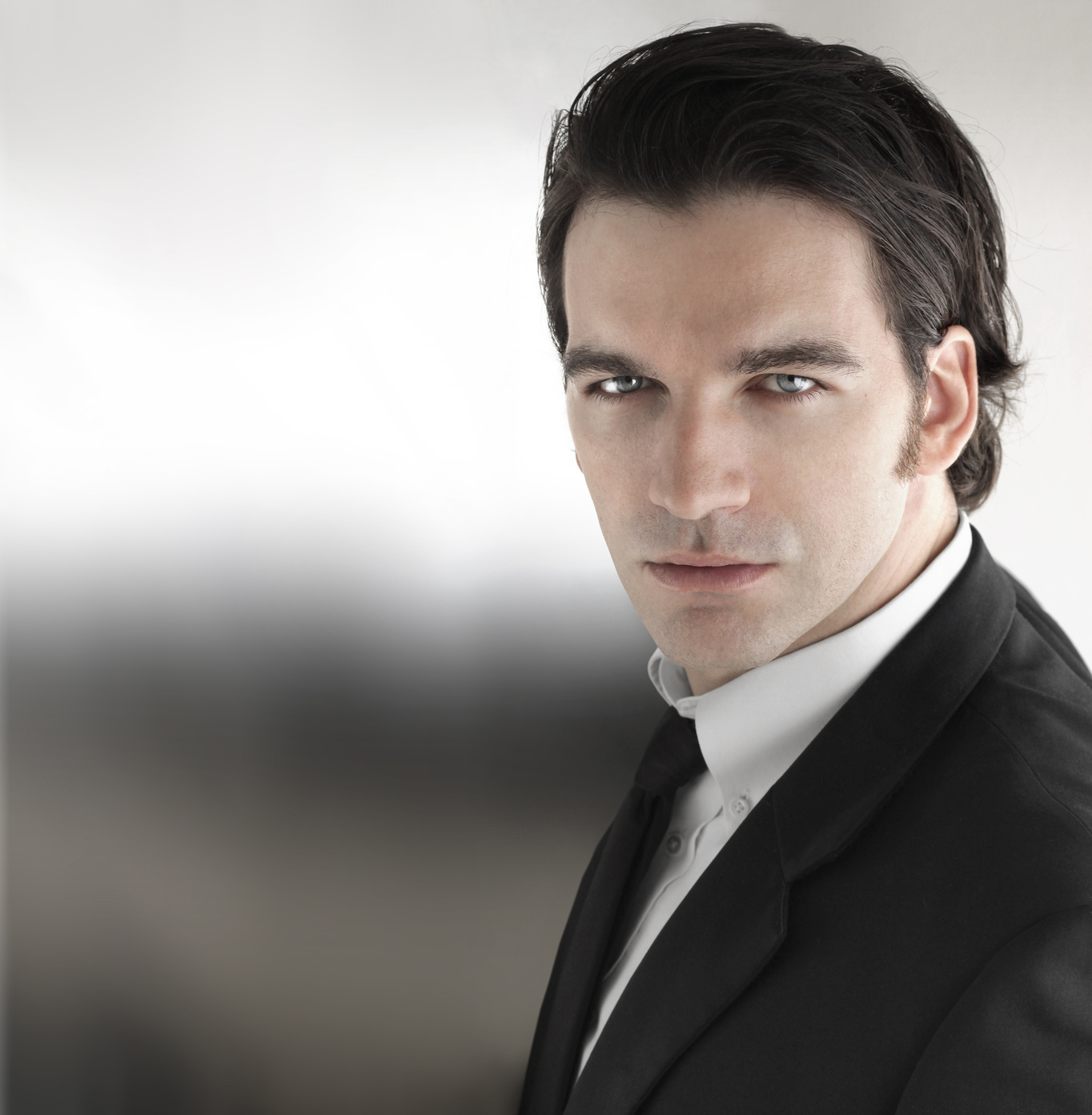 It’s not only in the dating game that men with naturally-looking treated hair are at an advantage. The neuroscience research also studied the emotional reactions of males. “Both men and women over 40 years of age subconsciously found the men with natural-looking treated hair 30 per cent more desirable than the same men with grey hair,” said De Lima. “Men who achieve a natural-looking result when colouring their hair are more appealing on both a social and professional level.”

Just For Men’s own recent research discovered that 30 per cent of Australian men who are either grey or greying, dislike their hair but are reluctant to do anything about it due to concerns over potential unnatural looking results.

As a result, three new intermediate shades (Light Medium Brown, Medium Dark Brown and Darkest Brown) have been introduced into the Just For Men range to expand the colours available for a better match to the hair’s natural colour. “This means that men can achieve a more natural look and no longer need to settle for a ‘close enough’ shade,” said De Lima. 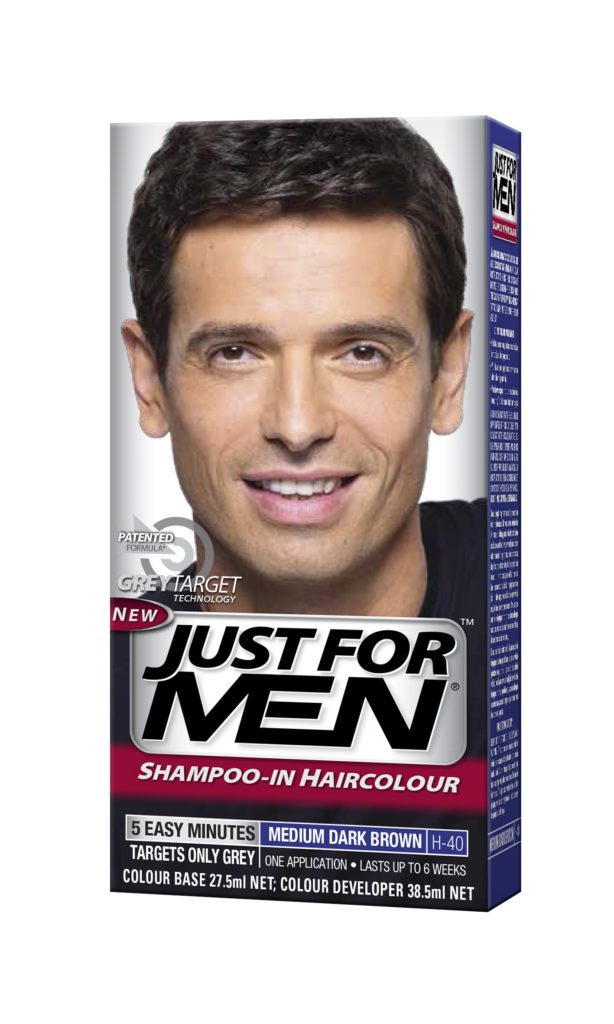 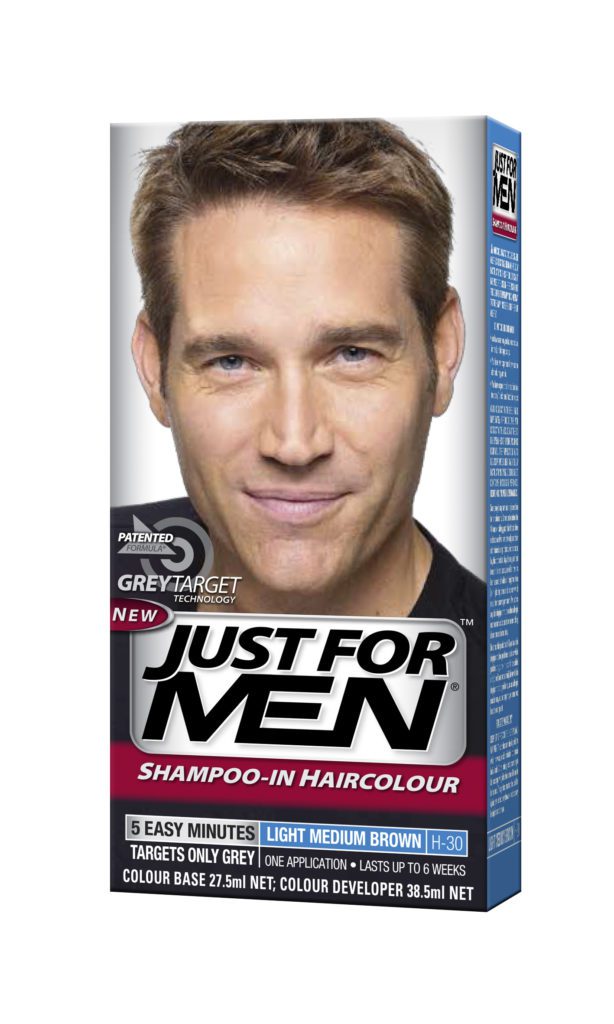 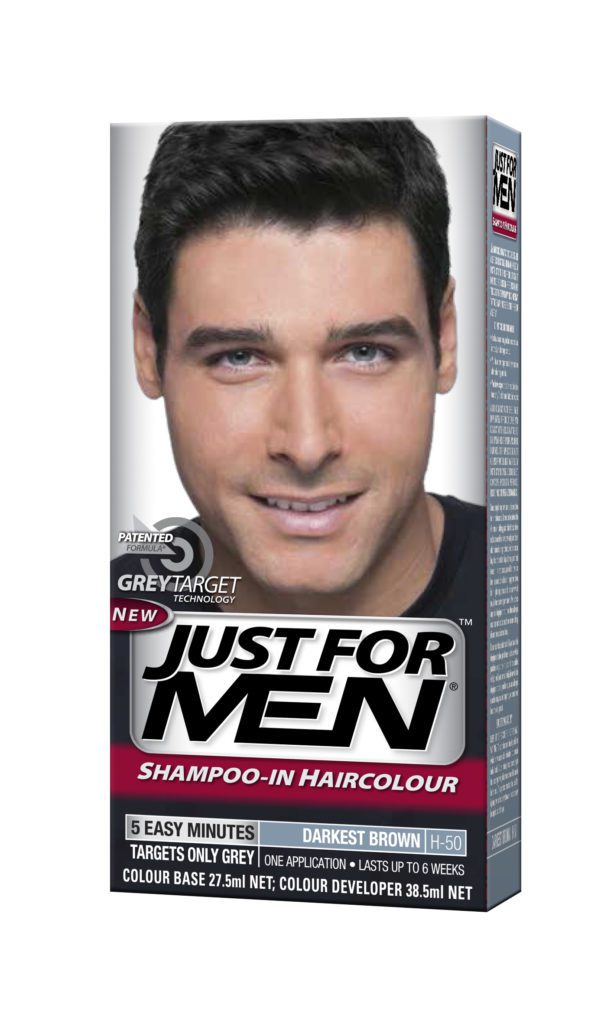 Just For Men is easily incorporated into any grooming routine as the shampoo-in hair colour is quick and simple to use – just five minutes every five weeks. The formula is no-drip and mess-free, contains no damaging ammonia and will leave hair thicker and looking fuller.

Just For Men (RRP $12.45) is available nationally at all major supermarkets and leading pharmacies. For more information, visit www.justformen.com/en-au