Lord Mayor of Melbourne Robert Doyle yesterday announced the festival which represents the coming together of more than 1000 retailers across three city blocks for Christmas workshops, bespoke events and retail offers to kick-start the festive season.

The Lord Mayor said 2014 was the most successful Christmas season on record in terms of CBD retail activity and the Shop the City Festival is just the start of what promises to be an even better 2015. 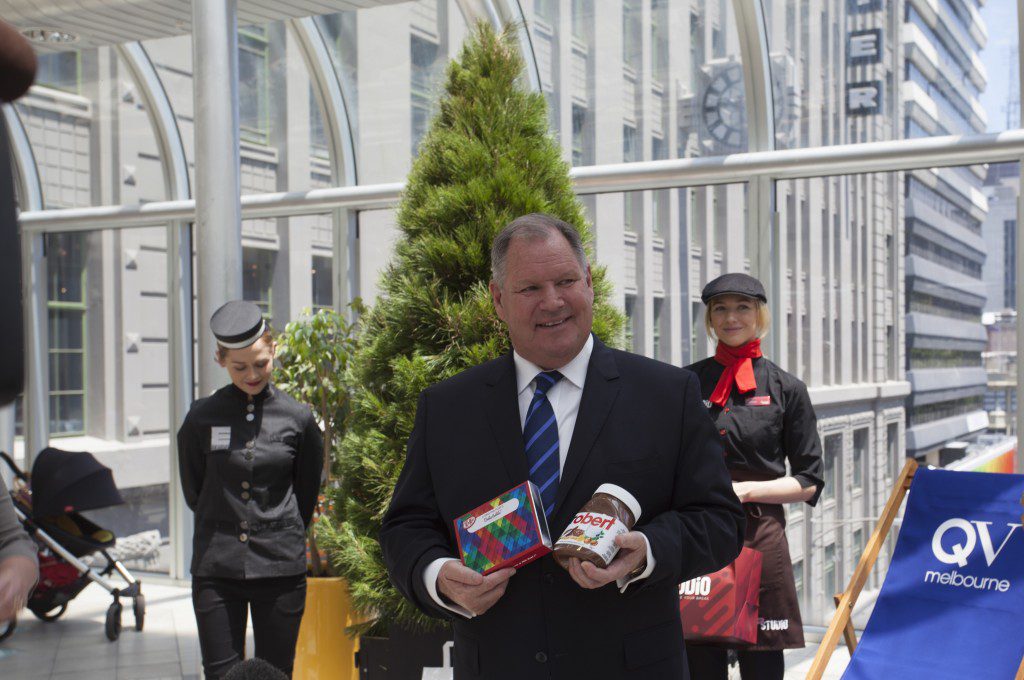 “The City of Melbourne thrives during the festive season, attracting local, regional, interstate and international shoppers to our world class retail precinct,” the Lord Mayor said.

“Last year’s extended trade saw a record number of shoppers through the city, with a footfall of more than 12.5 million in December alone. Foot traffic was five per cent higher than average from 4-8pm and 52 per cent higher between 8pm and 12am. We expect to top those impressive figures this year.

“Residents of Melbourne spent eight per cent, or several hundred million dollars, more in the year to September 2015 compared with the same period in 2014. We attribute these prosperous conditions to Melbourne’s unique retail offer: a combination of international flagships, market firsts and eclectic boutiques.”

This year marks the first Christmas in Melbourne for international flagships Sephora at Melbourne Central, COS at The Strand Melbourne and QV Melbourne’s latest addition, Republic Boutique, with premium global brands including Kenzo, Versus Versace, YEEZY and more.

Shane Brown, Head of Retail for The Strand Melbourne and Melbourne’s GPO, said it’s wonderful to partner with neighbouring retailers again this Christmas, to offer the best possible shopping experience for the holiday season.

“Shoppers will enjoy new experiences across the CBD this December, including Emporium Melbourne’s living forest and roaming bellhops on Scandinavian trikes delivering shoppers festive treats; QV Melbourne’s Outdoor Cinema, where tomorrow there will be a free screening of The Devil Wears Prada, and The Strand Melbourne’s VIP instore parties with exclusive retail offers.

“Melbourne’s GPO will help the city light up, contributing to the City of Melbourne’s Christmas Lights Projections onto the Melbourne Town Hall, which is being transformed into a giant Christmas gift. Melbourne Central is also displaying a light and laser show with a Christmas Snow Show in its Glass Cone.

“Traditional favourites with modern twists, such as Myer’s Christmas Windows and Giftorium with its new personalised Nutella jars, and the David Jones Windows which showcase James’ Gulliver Hancock’s festive illustrations, are sure to delight shoppers young and old,” Mr Brown added.

The combined precinct is in the three city blocks from La Trobe Street to Bourke Street and bordered by Elizabeth Street and Russell Street.