Today is our last day in Salinas, but as it’s less than two hours to our next destination, San Francisco, we will spend the morning at another prestigious event. 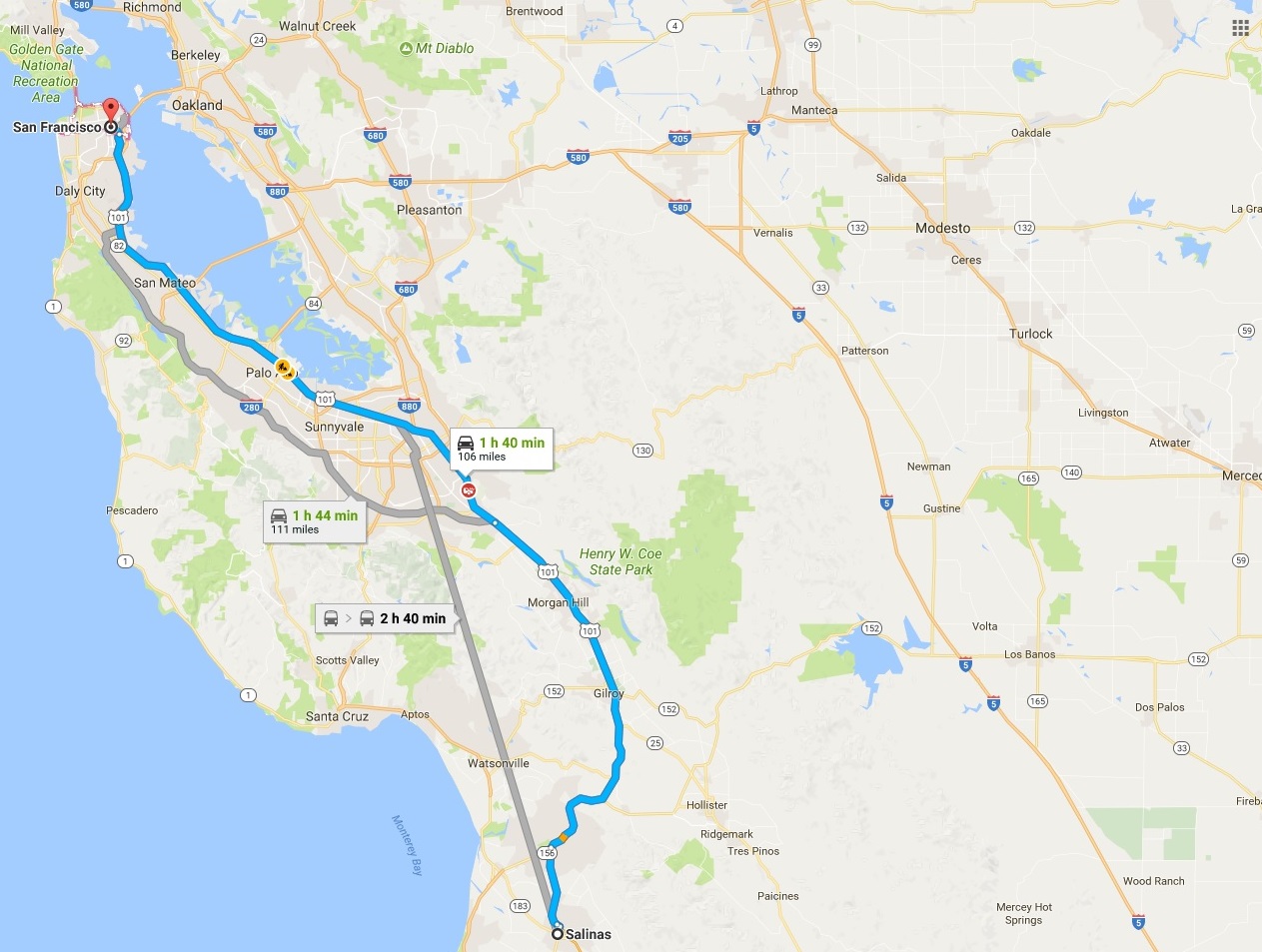 Pebble Beach Concours D’Elegance is another ‘car’ event steeped in history with its beginnings back in 1950 when approximately 24 cars were exhibited. In 1953 Concours entries exceeded 100 for the first time and in 1955 ‘best of show’ was won by Phil Hill with his 1931 Pierce-Arrow 41 LeBaron Convertible Town Cabriolet. This win marked a new era where the focus began to switch from ‘new’ cars to antique, vintage and classic models.

In 1967, Bob Hope began to entertain the crowds at the Concours, with Jay Leno following suit and continuing the tradition.

Back on the road and on our way to San Francisco. Darren has decided that we will travel via the freeway as he wants to go to a couple of towns we haven’t visited before – Dublin and San Bruno – and, we have done the coast road a few times on previous trips.

The coast road is a much more scenic way of getting to San Francisco and I can highly recommend going this way if you have never done it before.

On the freeway we go through the towns of Gilroy, Morgan Hill, Pleasanton, Dublin, San Mateo and San Bruno before reaching our accommodation at San Francisco. 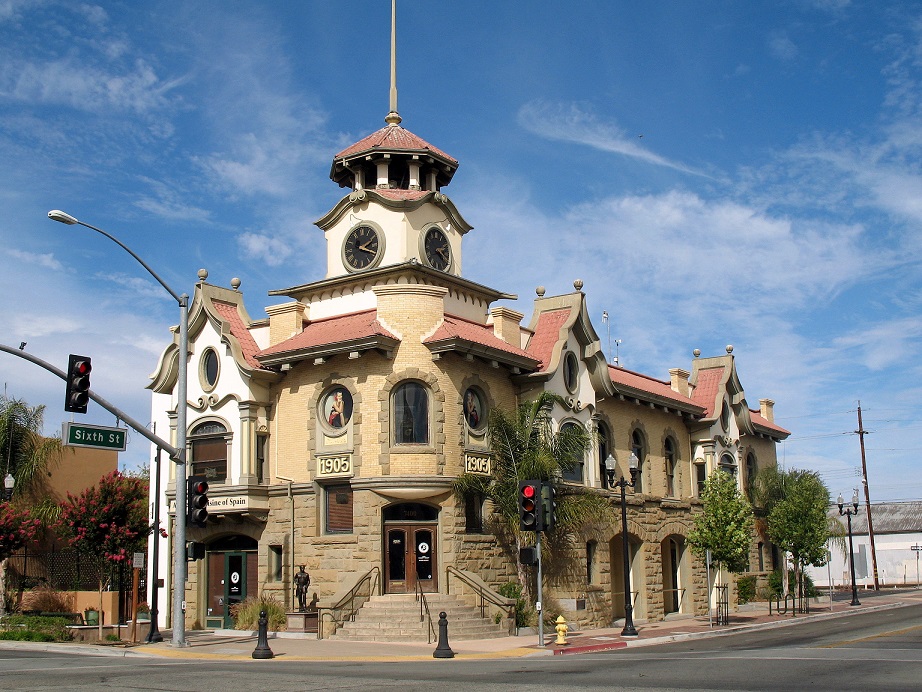 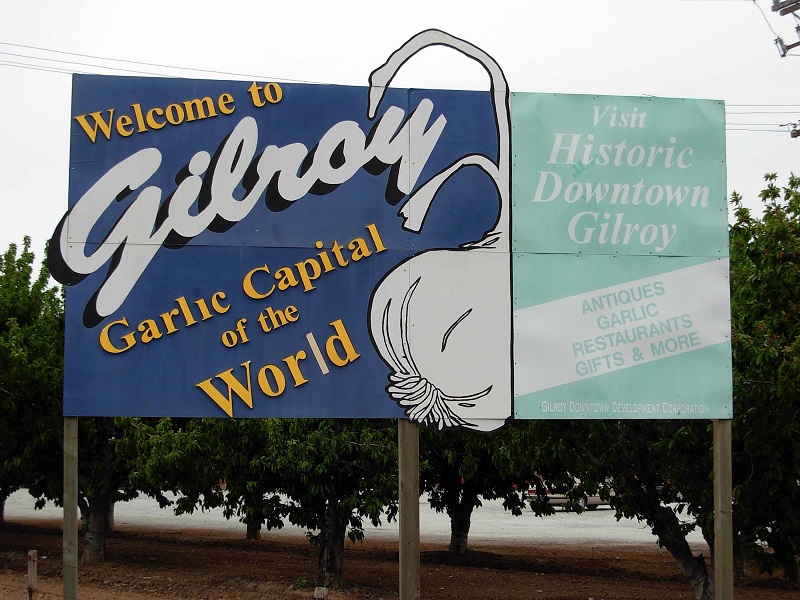 The real reason Darren chose to travel to San Francisco via the freeway was so that he could visit one (or two) of his favourite little restaurant chains – HOOTERS! You might scoff at this, many have in the past, but if you haven’t been to a Hooters restaurant you don’t really know what they are like. Contrary to popular opinion, they are a family restaurant, not a ‘titty bar’. The food, well, if you are after cheap fast food style meals, with great service, usually very friendly staff and often have the ability to sit back and watch a ‘game’ on one of the massive screen televisions, then you should give Hooters a try. The menu is based around what is called American style cuisine – fried chicken, hot sauce, coleslaw, burgers, curly fries and beer, but there are plenty of other options on the menu available too. 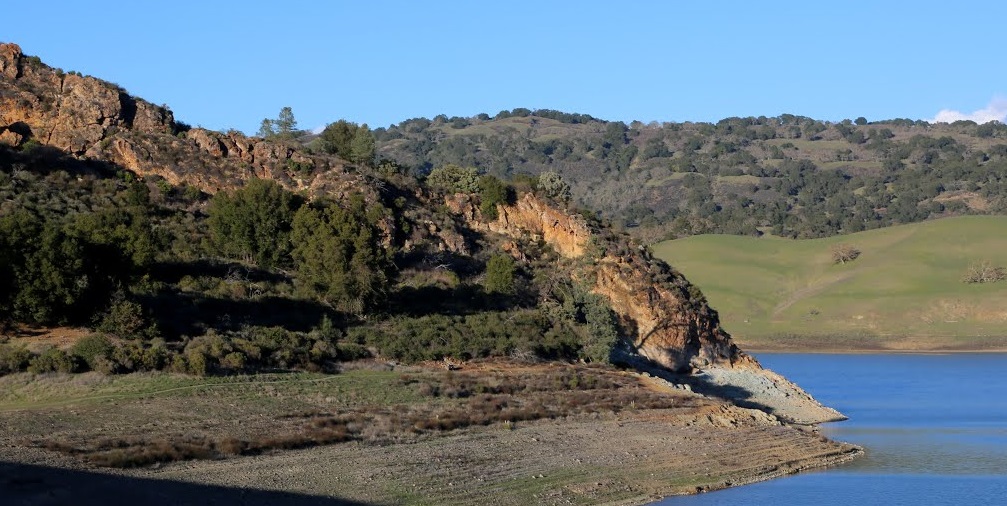 We have only one full day in San Francisco so we have opted to stay in the Fisherman’s Wharf area because the things we want to do on this trip are close by. 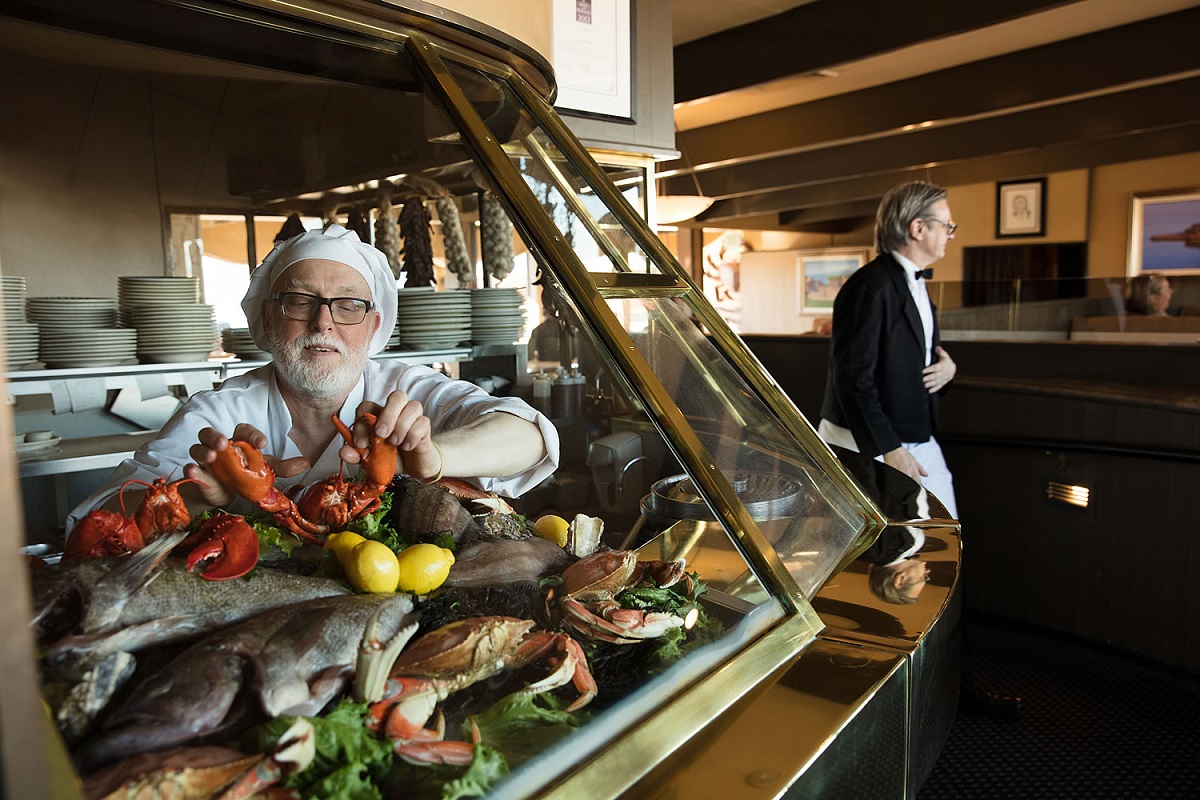 Alioto’s Restaurant is right on the wharf in San Francisco. It is a quaint Italian/Seafood restaurant serving fresh off the boat seafood. There are heaps of restaurants in San Francisco and also within the Wharf area, but Alioto’s holds fond memories for me as it is the first restaurant I visited on the first night of my first trip to the USA back in 2006. Back then, I will use the excuse that I was jet lagged, but maybe it would be more accurate to say that at that stage of my life I didn’t know much about wine. When the mature aged waiter came to take our drinks order, I ordered the ‘Napa Valley’, which is like ordering the Yarra Valley when you are in Australia, it is a region, not a particular wine – I do remember being quite red faced as Darren laughed his head off at the time, but the waiter kept his cool and charmingly asked which one of the Napa Valley wines I would like. 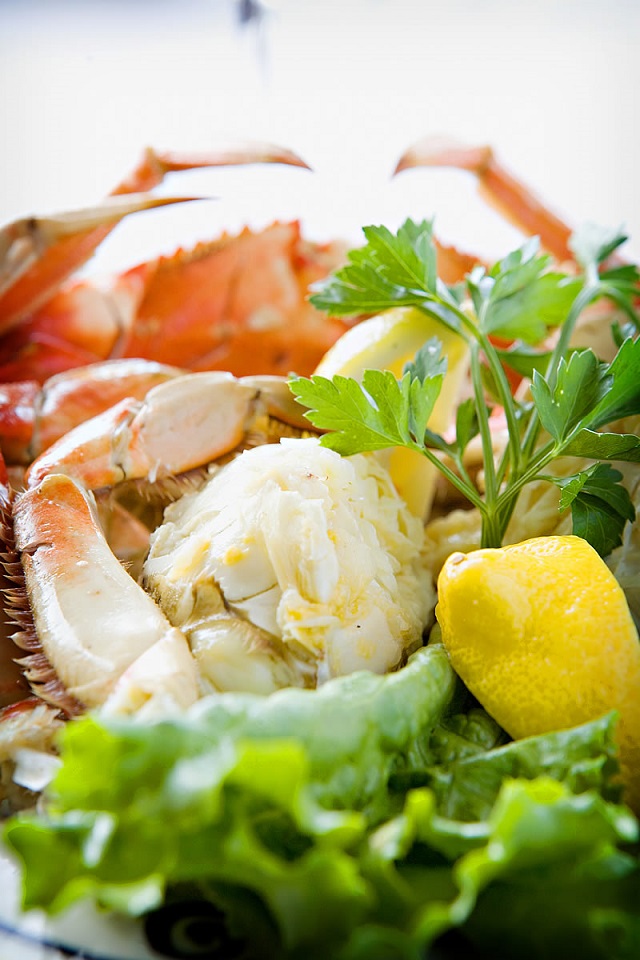 Alioto’s is a restaurant I must always go to when I am in San Francisco.

Here is some of the Alioto’s history –

Now run by the fourth generation of the Alioto family, Alioto’s is San Francisco’s oldest family owned and run restaurant.

In 1898, young Nunzio Alioto left his family’s small town of Sant’Elia in Sicily for the booming economy and richer fishing waters of San Francisco. By 1925 Nunzio began his fresh fish stall. Stall #8 sold lunchtime provisions to Italian laborers. Far from the tourist attraction the wharf is today, it was then surrounded by an enormous lumber yard, train tracks, a union hall and bustling wholesale fisheries. 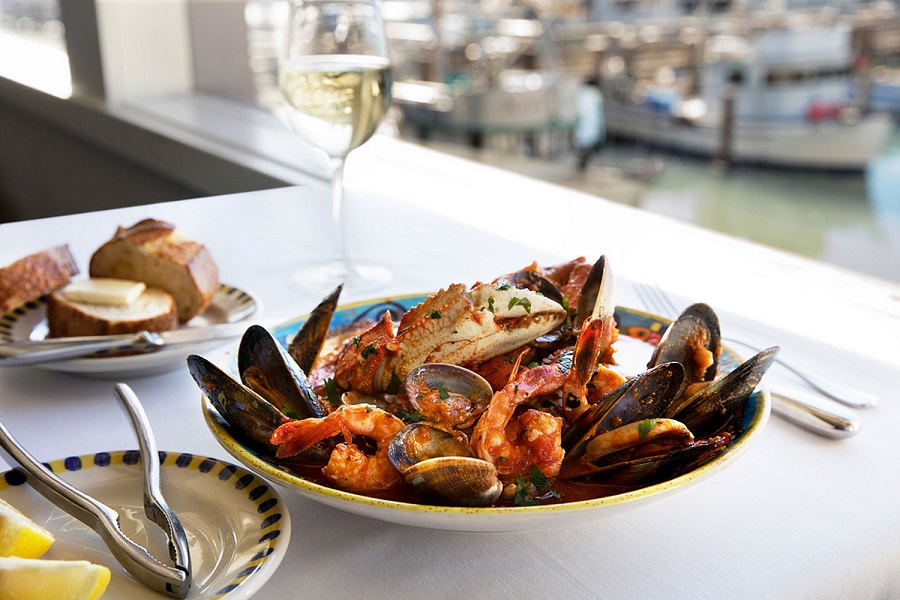 Business grew steadily and by 1932, Nunzio Alioto constructed the first building on Fisherman’s Wharf by combining the fish stand with a seafood bar specializing in crab and shrimp cocktails, and fresh cracked crab.

Nunzio Alioto’s plans came to an abrupt halt in 1933 when he passed away. He was survived by his wife Rose and three children: Mario, Antoinette and Frank. Left with no other means of support Rose took over the business, becoming the first woman to work on the Wharf. By 1938, she installed a kitchen and officially opened Alioto’s Restaurant. It was here that Rose was one of the first to create a shell-fish stew called Cioppino which became a San Francisco culinary legend and is still on Alioto’s menu today.

A number of historical events contributed to Alioto’s phenomenal growth and the transformation of Fisherman’s Wharf into San Francisco’s most popular tourist destination. With the completion of both the Golden Gate and Bay Bridges in 1937, San Francisco was quickly becoming the urban center of Northern California. In 1939, The SF Exposition and World’s Fair brought tourists from around the world to the City.

The restaurant flourished, yet it was not until the onset of WW II that its reputation became firmly established. Fisherman’s Wharf became one of the Ports of Embarkation for sailors. Alioto’s kept busy serving fresh seafood and hearty clam chowder to servicemen and women – and word about Alioto’s delicious food quickly spread.

The restaurant continued to expand as public demand grew for Alioto’s seafood dishes. By 1950, Rose enlarged her restaurant by purchasing her neighbor’s stall. On the joint property, she built a one-story building. Alioto’s Restaurant underwent a second major facelift in 1957, when a second story was added, making it the tallest building on the Wharf.

A disastrous fire gutted Alioto’s Restaurant that same year. Undeterred, the family, led by Rose, rebuilt the restaurant from scratch on the same site. Fortunately, rescued from the devastating fire were two walls composed entirely of thousands of clam shells, saved from diners’ meals through the decades and they still stand today. 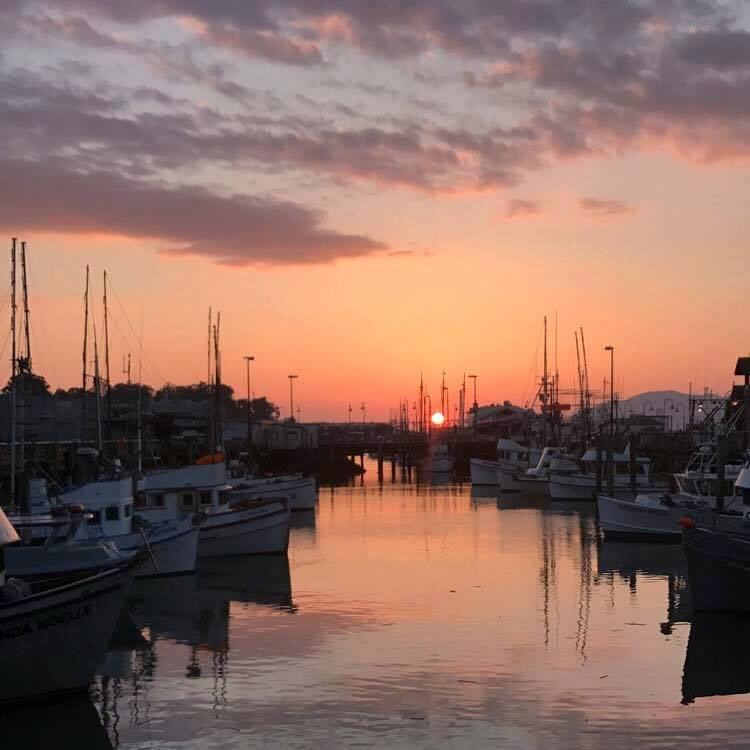 Alioto’s menu offers distinctive Sicilian recipes handed down through the Alioto family. The restaurant has full time seafood buyers who purchase only the freshest and choicest cuts of fish.

Oh, and the view is also famous.

Alcatraz, you have no doubt heard of the infamous prison in the middle of San Francisco Bay which greatly relied on the shark infested waters surrounding it as added security. These cold waters and strong currents gave prison operators the belief that Alcatraz was escape-proof. 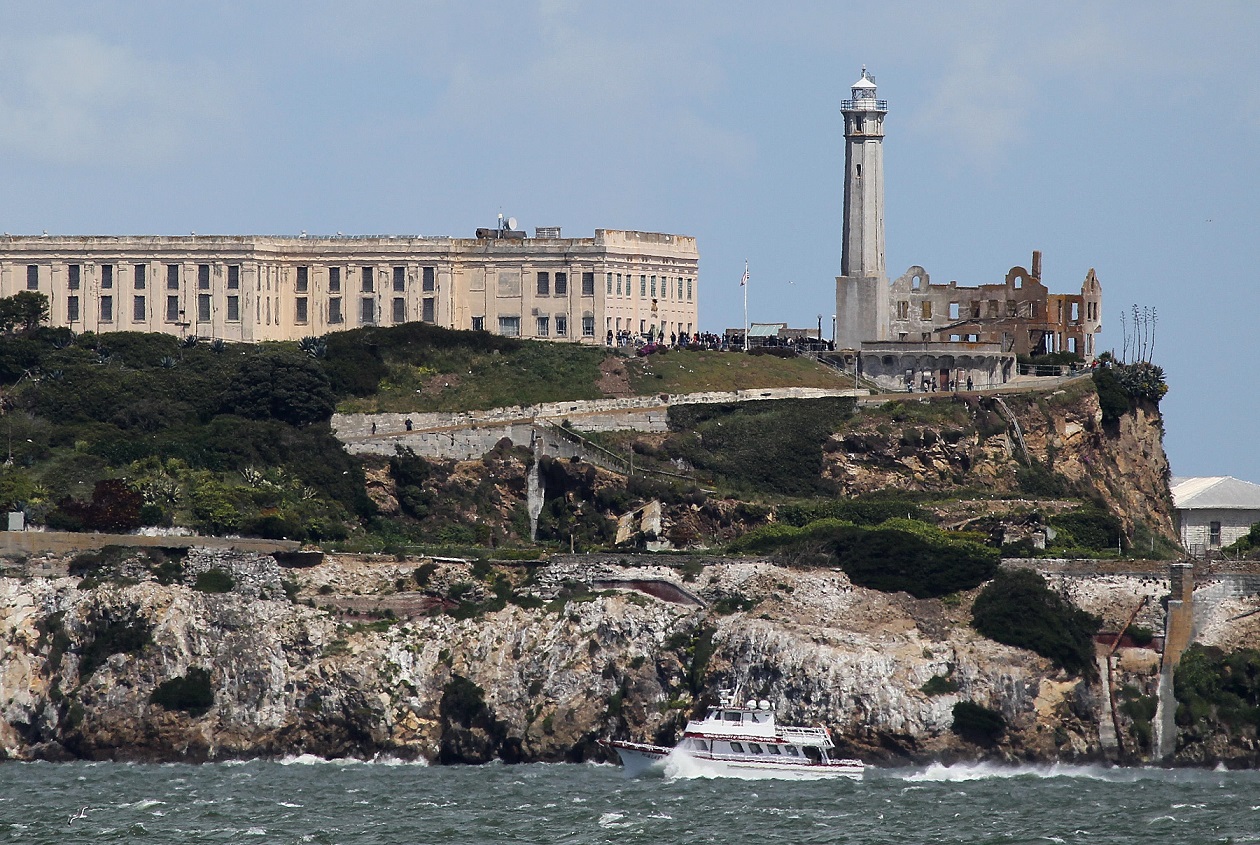 The Alcatraz Federal Penitentiary, often referred to as United States Penitentiary, Alcatraz Island, was a maximum high-security prison just over 2km off the coast of San Francisco. The main prison was built in 1910-1912, closing in 1963. During its time Alcatraz housed some of the world’s most notorious prisoners – Al Capone, Robert Franklin Stroud (the Birdman of Alcatraz), Mickey Cohen, George ‘Machine Gun’ Kelly, Alvin ‘Creepy’ Karpis (who served more time at Alcatraz than any other inmate). 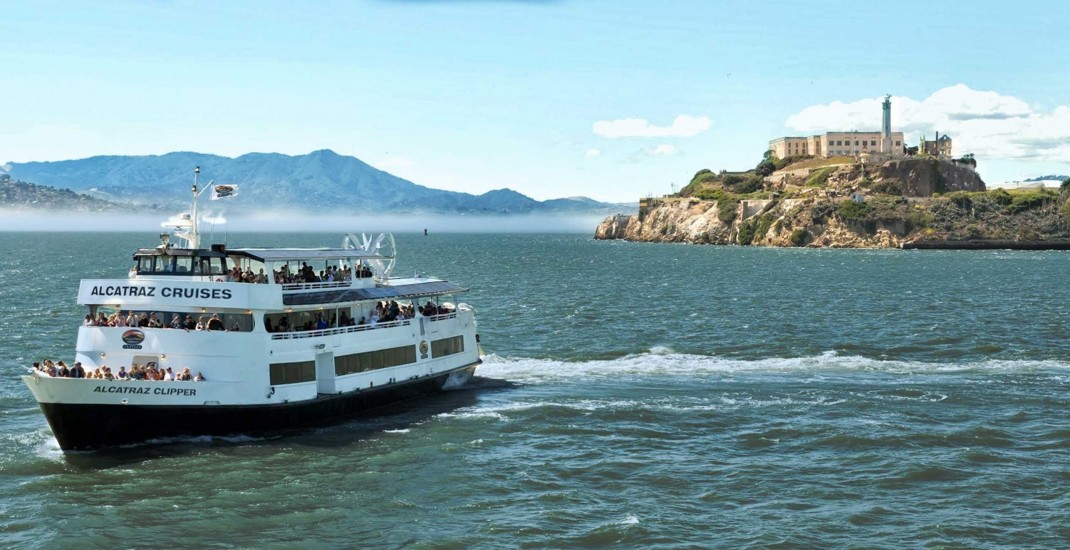 Today the penitentiary is a public museum and one of San Francisco’s major tourist attractions, attracting some 1.5 million visitors annually.

We have been to San Francisco many times before, but never have we made it to Alcatraz – until this trip. 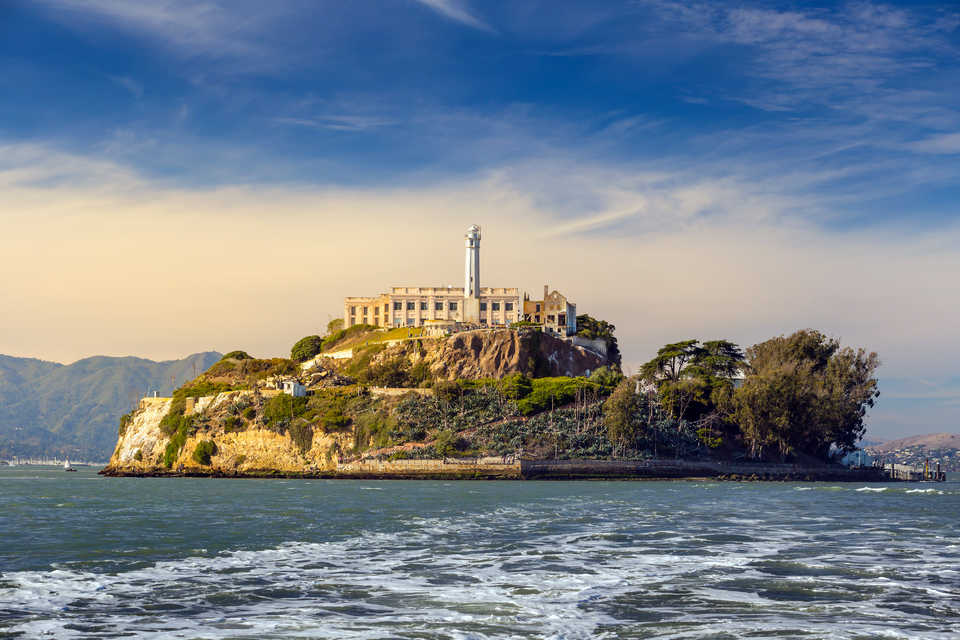 Firstly, as mentioned, it is a major tourist attraction so it is highly recommended that you purchase your tickets ahead of time. Tickets, which cost adults between $45.00 and $52.00, are generally available to buy 90 days before the date you wish to visit, so if Alcatraz is on your agenda mark this date on your calendar and make sure you don’t forget. There are only a limited number of people allowed on Alcatraz Island in any one day and tickets can often sell out weeks in advance.

Things to keep in mind about going to Alcatraz –

You will catch a ferry across to Alcatraz Island from Pier 33, the cost of which is included in the purchase price of your ticket. You will undergo extensive security screening before being able to board the ferry and you are not allowed to take any bags/backpacks etc that are larger than 16” x 20” – (40cm x 50cm). The ferry ride will take roughly 15 minutes and once you reach the island you need to be prepared for a fairly steep and hilly walk up to the prison.

Visitors unable to make the climb around Alcatraz can use SEAT – Sustainable Easy Access Transport, an electric shuttle that transports visitors from the docks to the prison. Families with small children and strollers cannot use SEAT. Seating is available on a first come, first serve basis.