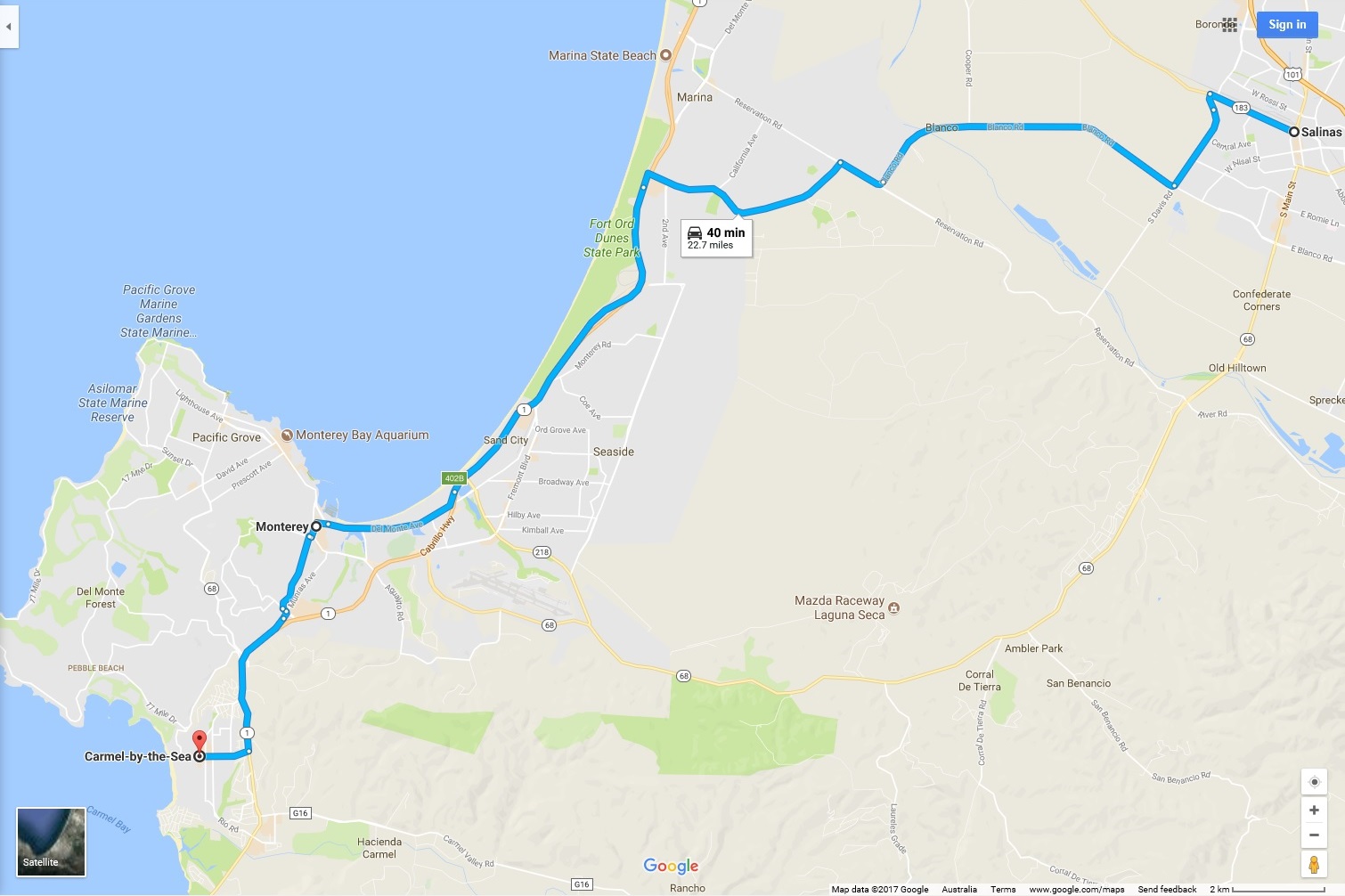 Salinas will be our base for the next couple of days. The town is nicknamed the Salad Bowl of the World because the marine climate is ideal for the floral industry, grape vineyards, and vegetable growers, but this isn’t the reason we are here.

Our travels have brought us to Salinas for the Rolex Monterey Motorsports Reunion at Mazda Raceway Laguna Seca .

Described as a museum springing to life, the Rolex Monterey Motorsports Reunion is the largest event held during the famed Monterey Classic Car Week, and is the only event where cars are doing what they were originally intended to do … race. 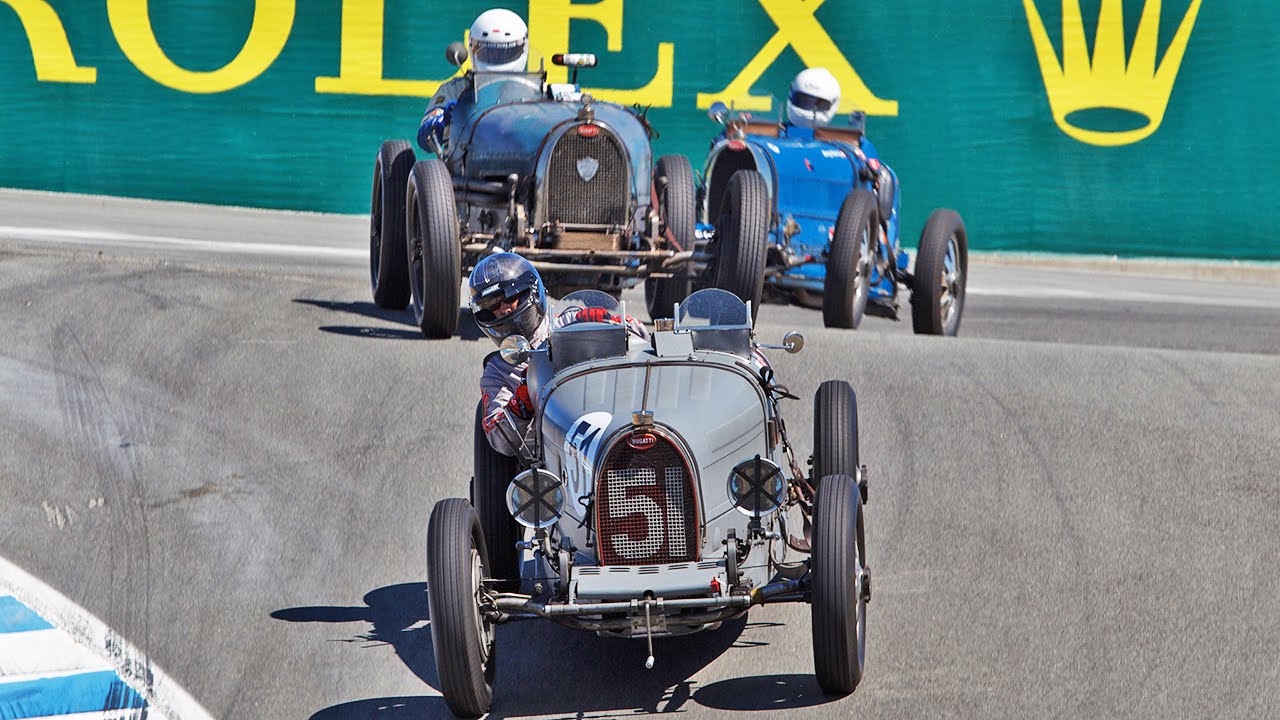 More than 1,000 applications are received to race at this prestigious motoring event, but only 550 are accepted. The event relives motorsport history at the iconic circuit, which has been the scene of America’s golden years of sports car racing since its inception in 1957. Since then, Monterey has been visited by some of the most prestigious racers in history; Roger Penske, Dan Gurney, Parnelli Jones, Kenny Roberts, Bobby Rahal, Wayne Rainey and Valentino Rossi to name a few.

Those who are lucky enough to drive on this track always describe the experience as being a ‘real treat’ and a ‘must go’ for racing enthusiasts.

There are school and training events for the ‘layman’ but the Rolex Monterey Motorsports Reunion is for the ‘big boys’ the ones who have massive experience in racing classic cars. It is an honour to be accepted to race here, but it is also an honour to be invited to attend as a spectator – I am feeling very privileged to be here. 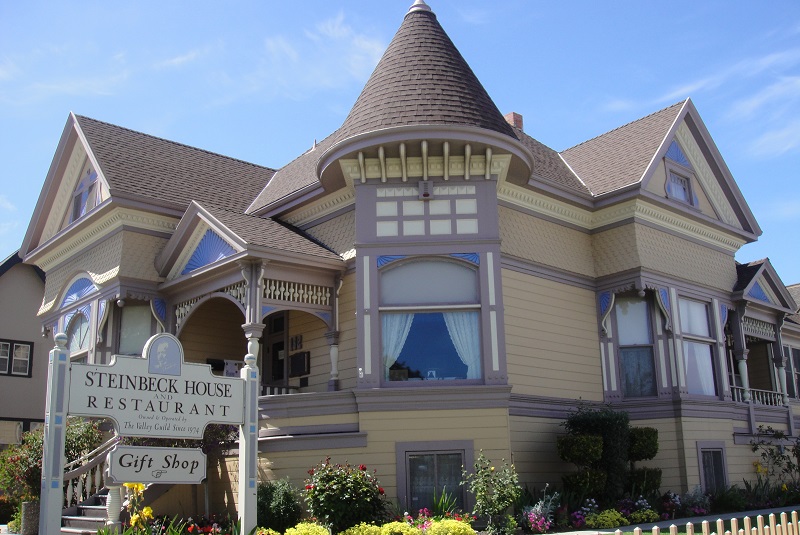 Salinas is also known as being the birth place of writer and Novel Prize in Literature winner, John Steinbeck.

The home where Steinbeck lived has been immaculately restored to the glory of its early days and still houses some of his furnishings and possessions.  Now a café/restaurant, Steinbeck House, located at 132 Central Ave, Salinas, is also a bookshop, featuring Steinbeck’s works, as well as curios, pictures, mugs and other great souvenirs.

Old Town in Salinas is a functioning part of the city that has managed to keep many of the facades of buildings from the turn of the 19th and 20th centuries. This is a great area for restaurants, farmers markets and antique stores.

Salinas is very close to one of my most favourite parts of the world – ‘Carmel by the Sea’. This beautiful town is rated a top-10 destination in the United States year after year, it is a European-style village where everything is within walking distance. The town overlooks picturesque a white-sand each and is an area that has inspired artists, attracted celebrities and sparked many a romance. 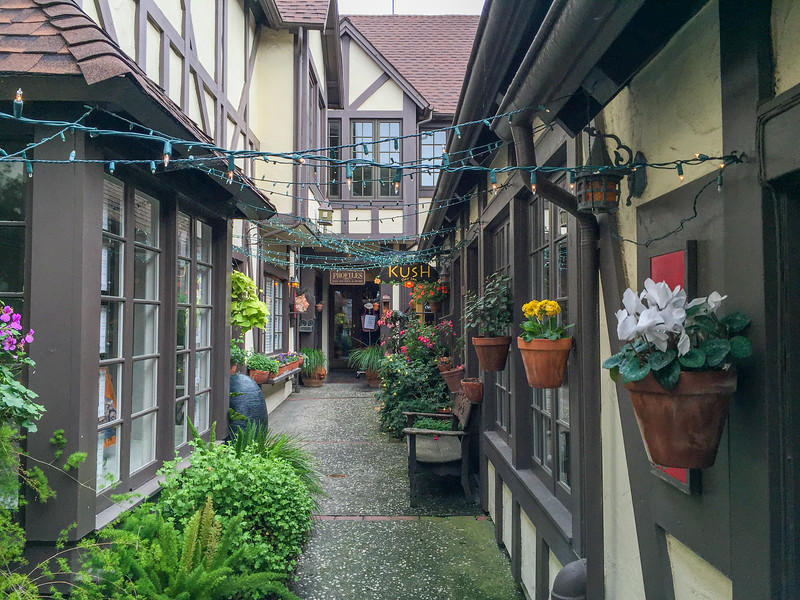 It is just too easy to wander the town’s stone paved alleyways and find your day slipping away as you wander from outdoor mall to boutiques. Treat yourself to a meal at any of a multitude of restaurants, or visit Jane Austen at Home Antiques, The Thinker Toys, Jan De Luz Linens where you will find elegant French culture and décor, or the famous Hog’s Breath Inn that was owned for 27 years by Clint Eastwood.

Unique in its charm, Carmel by the Sea also has some quirky facts – Clint Eastwood was once mayor of this town, the municipal code of Carmel bans wearing shoes which have heels more than 2 inches (5cm) in height unless the wearer has obtained a permit for them. And, yes, it’s most definitely true! This peculiar law was authored by the city attorney in the 1920’s to defend the city from lawsuits resulting from wearers of high-heeled shoes tripping over irregular pavement distorted by tree roots. Permits are available without charge at City Hall. 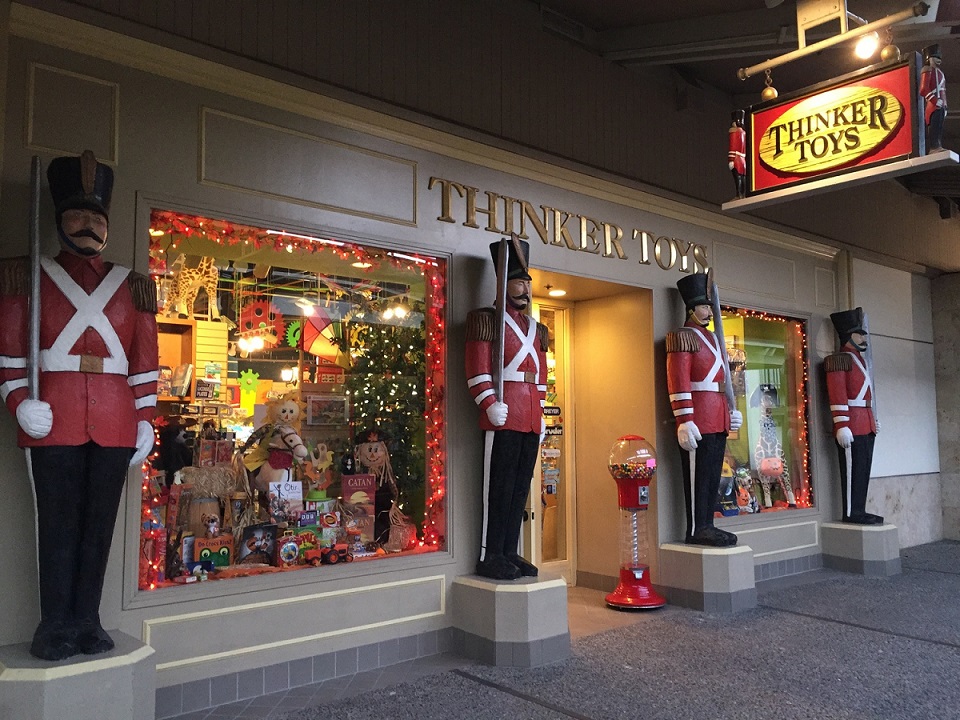 No chain restaurants are permitted at Carmel by the Sea there was once a law that prohibited the selling and eating of ice cream on the streets of the town. Carmel’s founding fathers also rejected the practice of house- to-house mail delivery in favour of a central post office. To this day, there are still no addresses, parking meters or street lights, and no sidewalks outside of Carmel’s downtown commercial area. Those seeking directions receive hints such as “fifth house on the east side of Torres Street, green trim, driftwood fence” or by the legendary names adorning most houses, such as “Hansel” or “Sea Urchin.” It is, by the way, bad luck to change the name on a Carmel cottage. 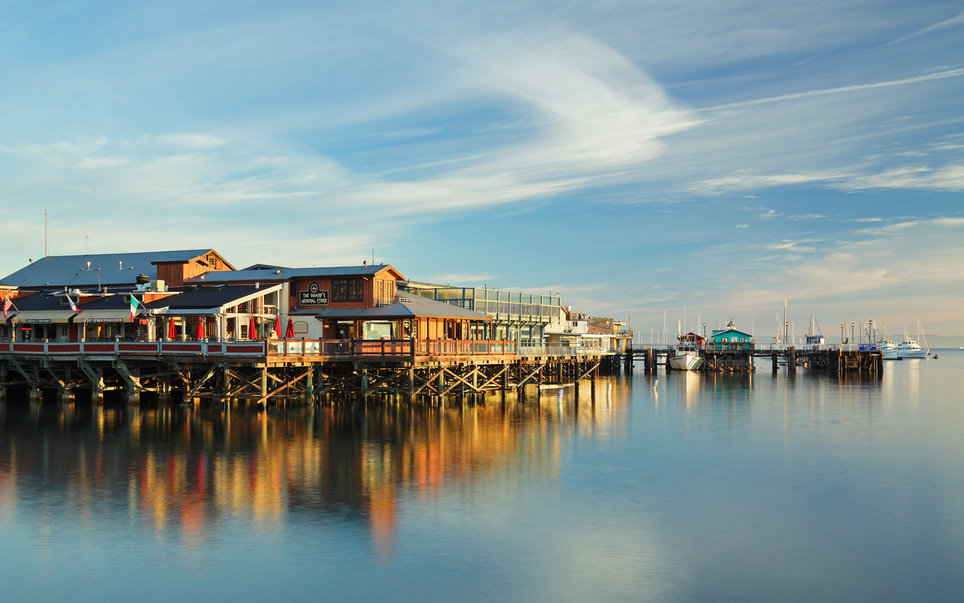 Just north of Carmel by the Sea is the very lovely town of Monterey which has a little something for everyone. Explore the shops and attractions of Cannery Row, sip handcrafted wines, have a beach wedding, go whale watching, play golf, sail, cruise, watch the sunset from your beach view hotel – overall, Monterey is just an unforgettable destination.

Old Fisherman’s Grotto was the restaurant on the pier where we decided to have a meal. Darren ordered Chicken Teriyaki which he said was delicious while I ordered the Grotto Seafood Pasta which is the best seafood pasta I have ever had. Full of freshly caught pippies, prawns, salmon in a magnificent light garlic cream and wine sauce served over perfectly cooked penne pasta. I think I am going to make it my mission to try a different cocktail every day – today’s was called a Lemon Drop and it was also delicious.

If you are ever in this area, I can strongly recommend the Old Fisherman’s Grotto – excellent, food, drinks and outstanding service.

I have been to the Carmel/Monterey area before and completely love it, BUT, steer well clear during car week – it is a nightmare to get around.