It was short but sweet, but now it’s time to depart San Francisco and head to our next destination – Placerville – which is approximately 4.5 hours on road time, but with so much to see on the way, we need an early start. 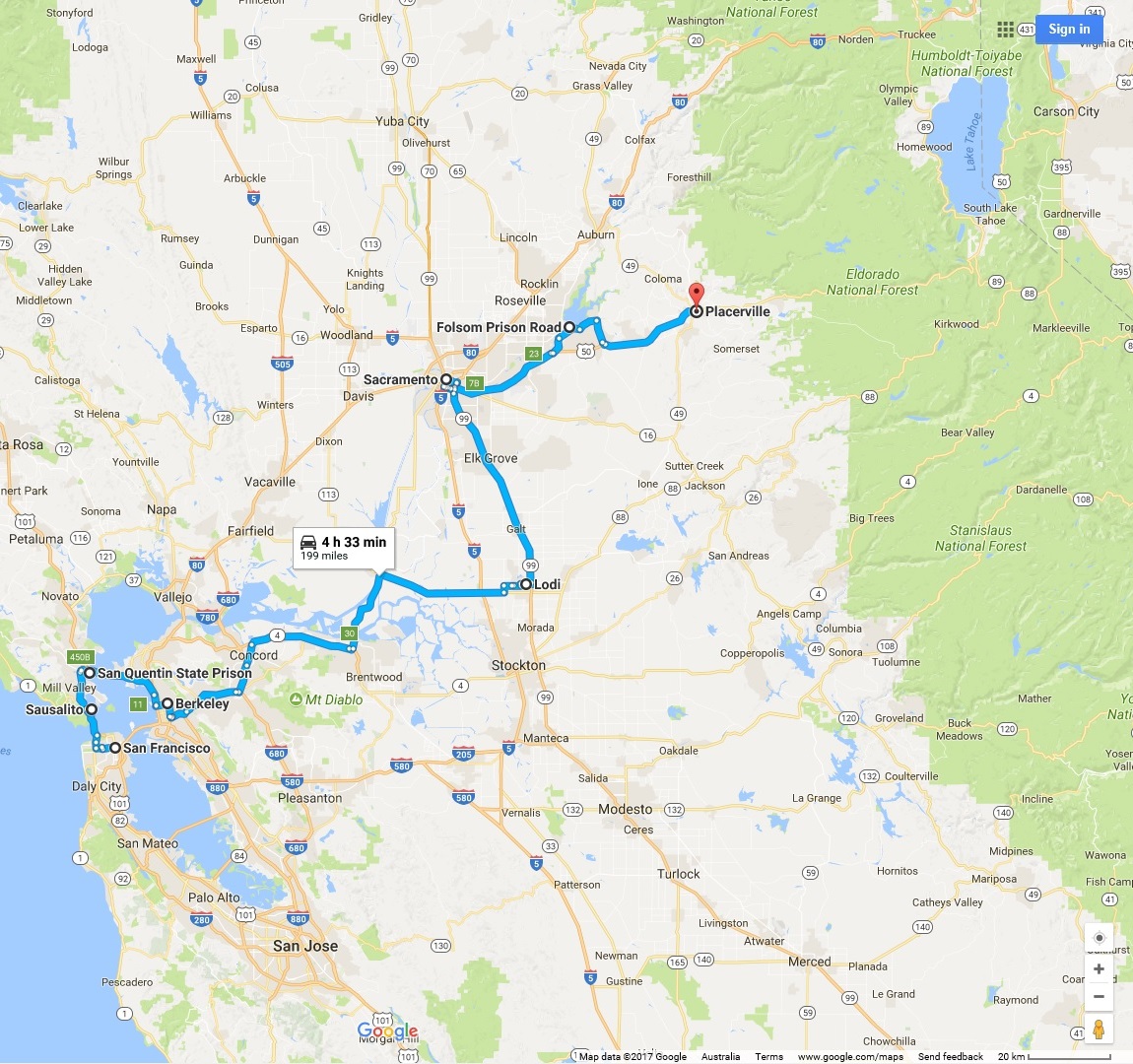 If you have the luxury of spending more time in San Francisco than we do on this trip, here are a few suggestions –

Ride a cable car and hang on tight to the outside as the car goes rambling down the road.

Have a wander around The Presidio – a military installation from 1776 to 1994 that is now a national park with over 1,000 acres of hiking and bike trails, beaches and stunning views.

Take a cruise from the Fisherman’s Wharf area. As your boat makes its way out into San Francisco Bay, you’ll have great views (as long as the notorious Karl the Fog stays away) of the San Francisco skyline, as well as the bustling North Beach neighbourhood and the waterfront Maritime National Park. 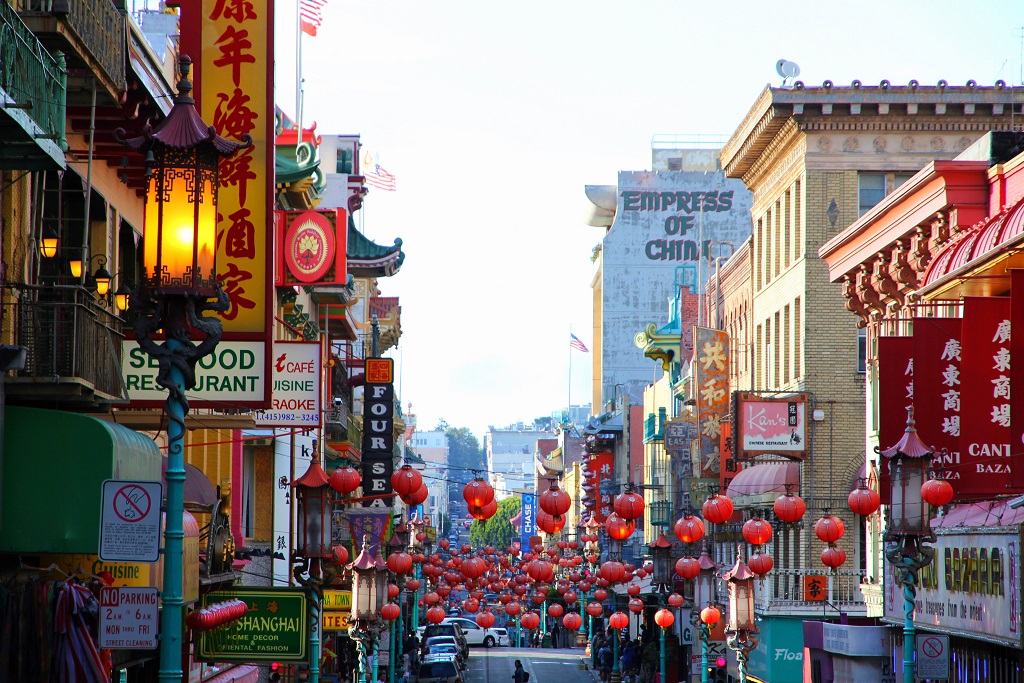 Visit Chinatown. Where in the world is there a Chinatown that isn’t great to explore? San Francisco Chinatown is no different, fun to explore on your own, or join a walking tour. From paper lanterns to medicinal herbs to a fortune cookie factory, you’ll explore both popular and lesser-known gems in this bustling district including a Buddhist temple.

Take a city tour where you will discover things you would never have found on your own. 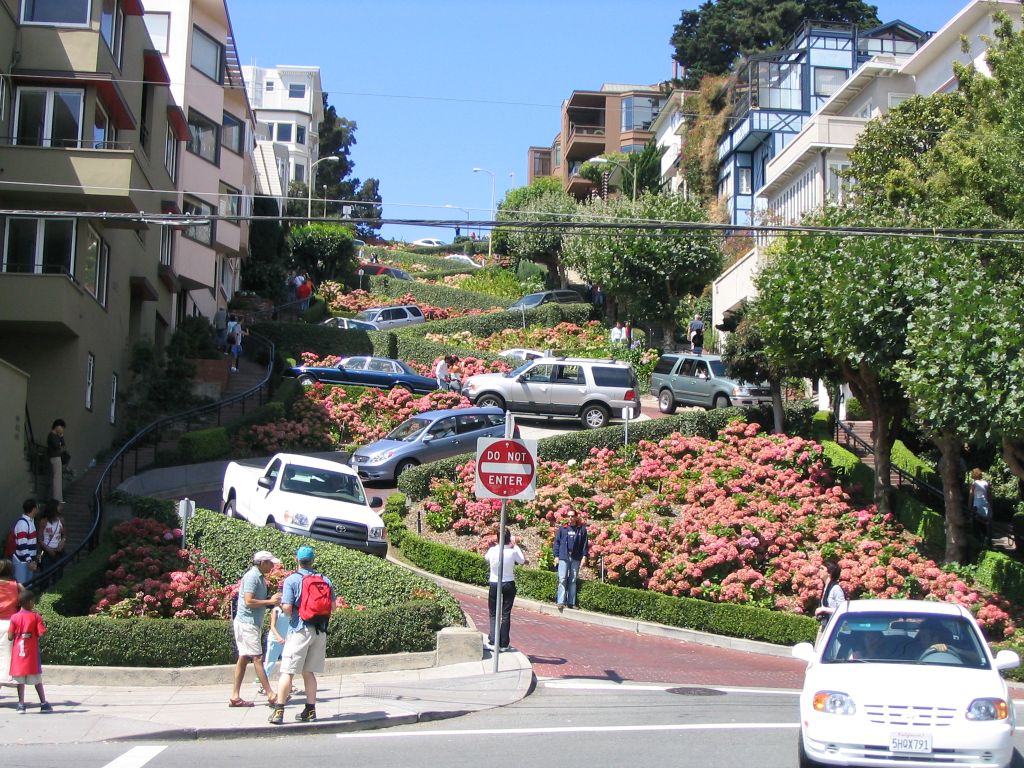 Visit Lombard Street – not just a street, it’s the famous crooked street. Walk, drive or Segway, this street is not to be missed.

For us, it’s straight to our next quick stop – Sausalito, via, the Golden Gate Bridge. 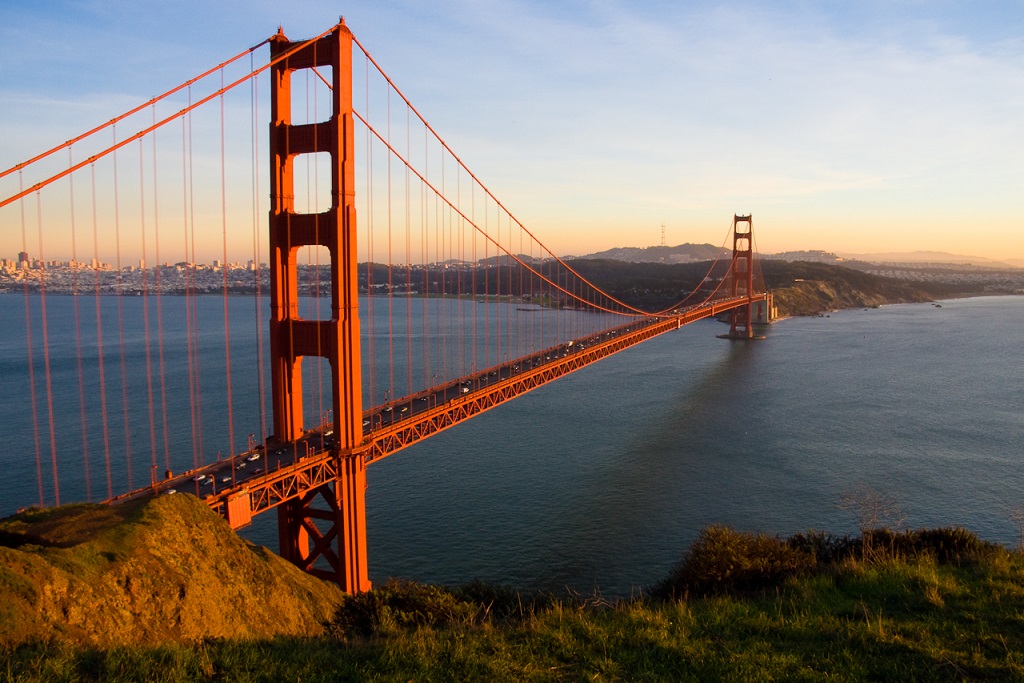 Firstly, who hasn’t heard of the Golden Gate Bridge – it’s famous! I could go into all the history and statistics of the costs, height, engineering feats etc, but, most important of all is – it’s FUN to drive over, especially if you are in a convertible with the roof down (which, unfortunately we aren’t this time). On my first trip to San Francisco I made Darren drive back and forth across the bridge so many times I lost count. We were in an open top car and it was amazing just lying back and looking up at this incredible structure – not so great for the driver I guess.

Sausalito isn’t far over the bridge and once was an artist colony. This charming bayside city is home to a friendly, eclectic group of people that are passionate about the area in which they live, and is visited by tourists throughout the year because of its picturesque setting and charming dining and shopping options – it’s another place that is too easy to lose a whole day while you wander around enjoying everything Sausalito has to offer. 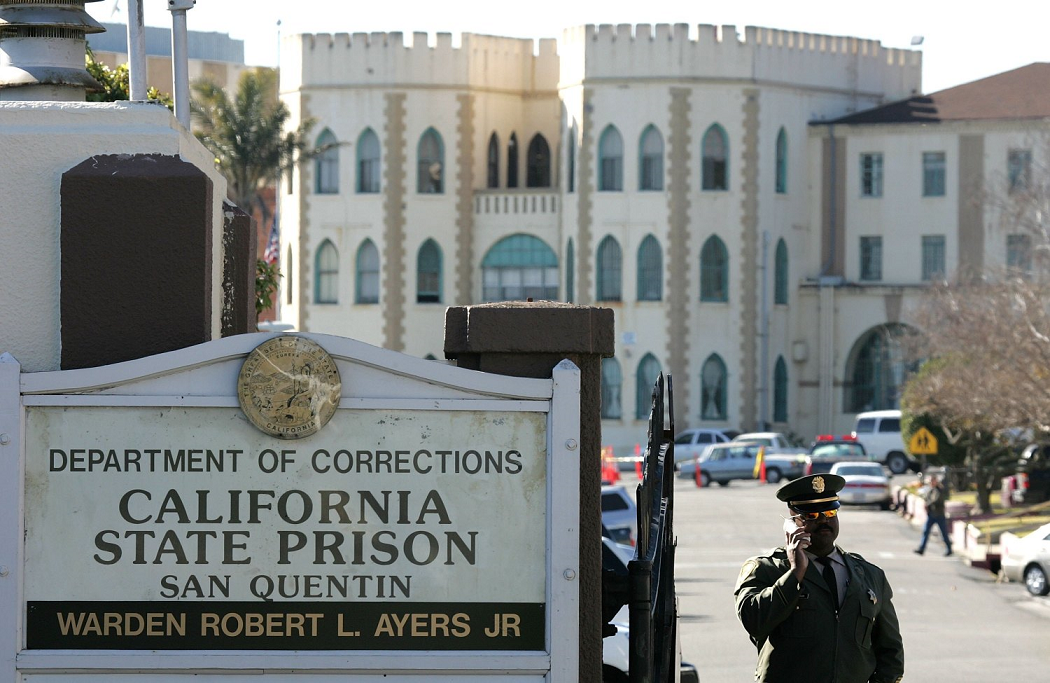 Next stop – San Quentin. You have probably heard of that name before, but just in case you haven’t, it’s a prison – San Quentin State Prison. To be honest with you, when this destination was put on our itinerary I thought it was like Alcatraz – an historical site. Well, I suppose it is an historical site, but it is still a fully functioning prison! Opened in July 1852, it’s the oldest prison in the state of California, and, it’s the state’s only death row for male inmates. It has a gas chamber (but they now use lethal injection) and has been featured on film, video and television as well as being the subject of many books.

By the time we reached the gate where the gift shop is located I was really wishing I was back in beautiful Sausalito and very glad I wasn’t wearing an orange (is the new black) outfit or something stripey!

This place has an amazing and threatening presence, and the security patrolling the perimeter is a mix of scary and comforting, but I was still VERY happy to get back in the car and get out of there. You never know when a prison break is about to happen (my mind goes a bit crazy at times) and I imagined murderers Charles Manson, Charles Ng or Hans Reiser coming to get me and I swear I could feel the presence of ghosts of William Bonin and Richard Chase.

Get me out of here FAST! 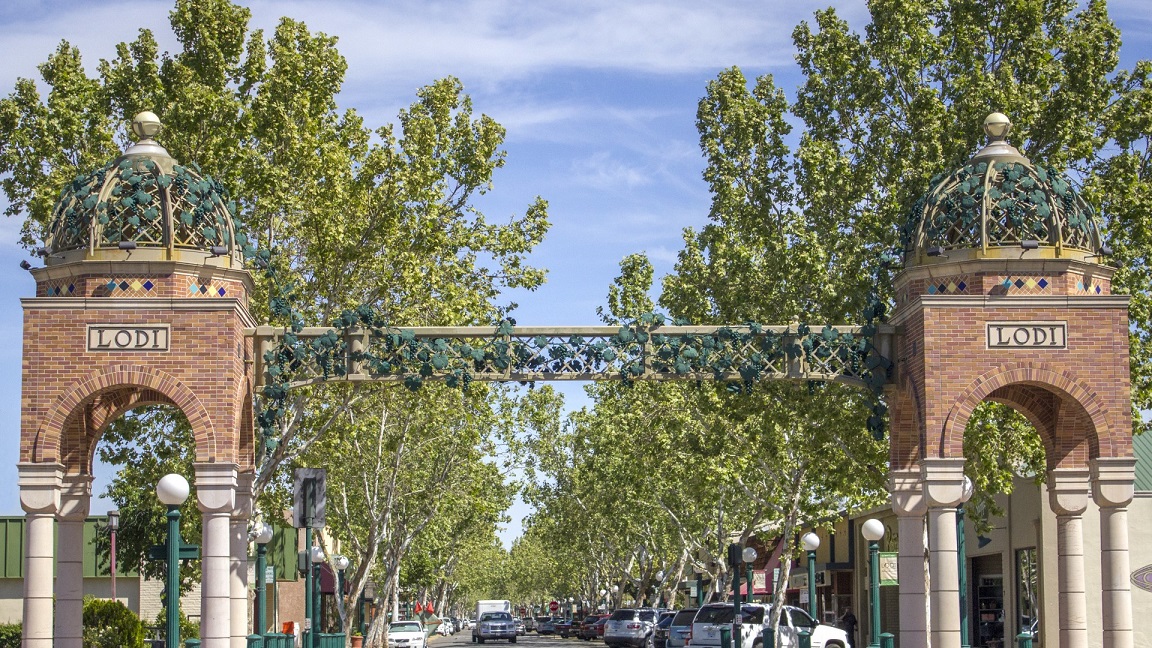 The song is the story of a down-and-out musician whose career has landed him playing gigs in the town of Lodi. Fogerty (born and raised in Berkeley, roughly 100k from Lodi) had never visited the town before writing Lodi but there were definitely references to Lodi being an uninteresting place to be – “Oh Lord, stuck in Lodi again” – so we had to see if it was as good/bad as Fogerty portrayed.

If we had more time to spare I would have made quite a few stops in the Lodi area – LOTS of wineries. There are plenty of restaurants in this town; in fact, it’s the restaurants that are most prominent in the main street area. The Lodi Lake Park is an oasis in the middle of town and is great for anyone interested in kayaking, paddle boating, walking and picnicking.

On to Sacramento – a pretty big city that is often overlooked by tourists seeking out better-known destinations in other corners of the state.

With more than 230 days of sunshine annually, Sacramento is the perfect place to explore the outdoors, soak up the California sun, go wine tasting or attend sporting events, but there are also magnificent museums and the Sacramento Zoo is World famous.

Wander the lovely waterfront area and visit the restaurants and shops of historic Old Sacramento.

Several dining events scheduled throughout the year are topped only by the annual Farm-to-Fork Week, where Sacramento celebrates its agricultural bounty. Arts events, beer and wine events and Gold Rush Days – where Old Sacramento is transformed back into the Gold Rush era – round out some of the most popular events. 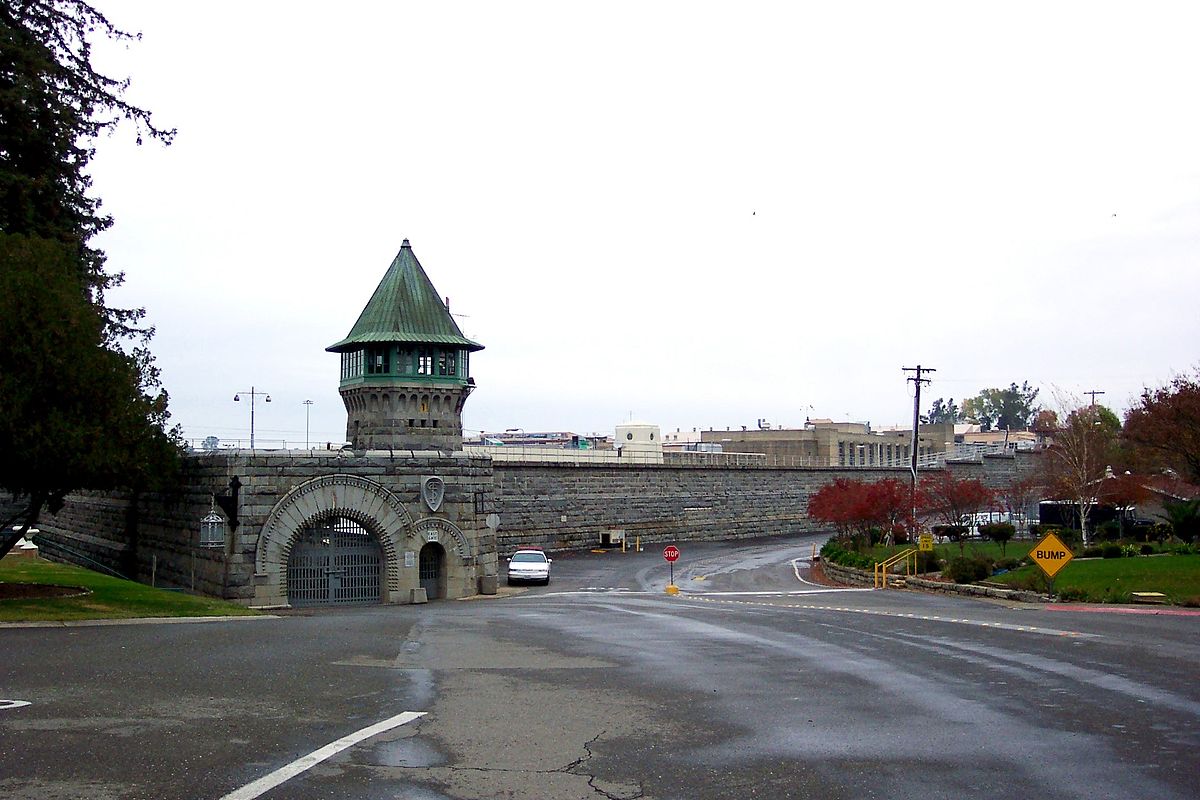 After my San Quentin experience I am surprised that I agreed to continue on with our planned visit to Folsom Prison, roughly 30 minutes from Sacramento. This is one of the most famous prisons in the world. Why?  It’s all because of a legendary Man in Black – Johnny Cash – who decided to record a live album for inmates inside the prison.  On January 13, 1968 Johnny Cash took to the stage with his black Martin guitar and performed for an audience of incarcerated men and prison guards. The single ‘Folsom Prison Blues’ climbed the Billboard charts and is still famous today. Now, nearly 50 years later, people still flock to the East Gate of Folsom Prison where Cash posed for photos, to take ‘selfies’ and upload to social media. 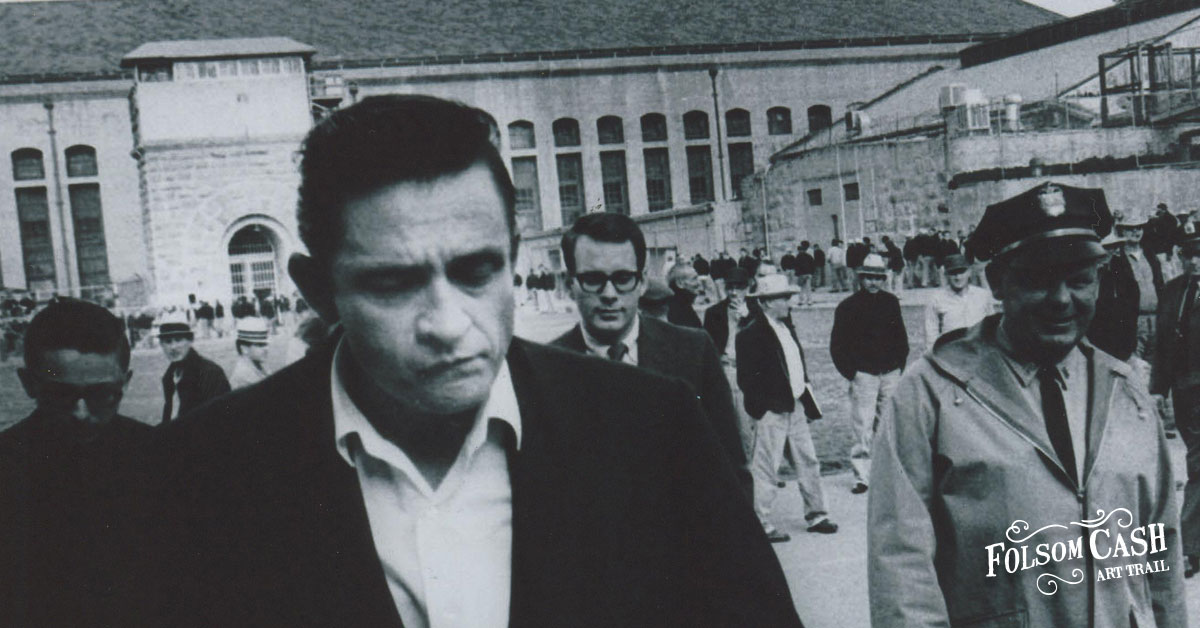 While Folsom is still an operational prison I felt slightly more at ease here but it was not somewhere I wanted to spend a lot of time – gift shop and GET OUT OF HERE TOO. 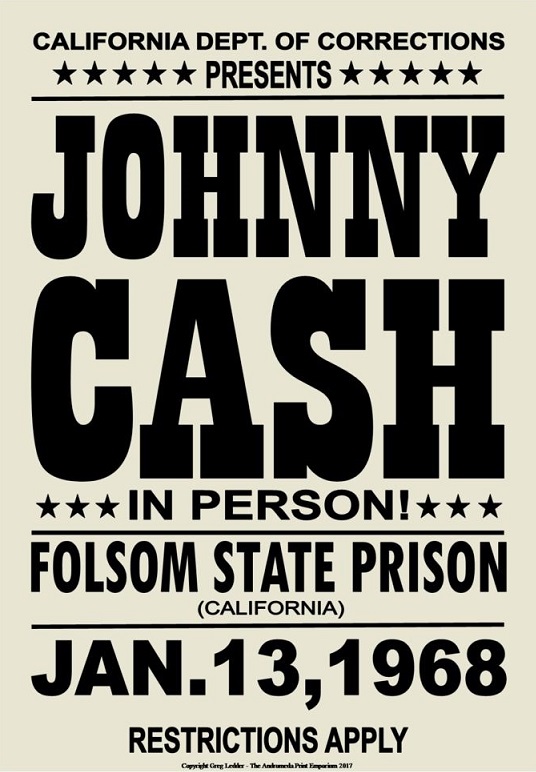 I hear the train a comin’
It’s rolling round the bend
And I ain’t seen the sunshine since I don’t know when,
I’m stuck in Folsom prison, and time keeps draggin’ on
But that train keeps a rollin’ on down to San Antone..
When I was just a baby my mama told me. Son,
Always be a good boy, don’t ever play with guns.
But I shot a man in Reno just to watch him die
When I hear that whistle blowing, I hang my head and cry..

I bet there’s rich folks eating in a fancy dining car
They’re probably drinkin’ coffee and smoking big cigars.
Well I know I had it coming, I know I can’t be free
But those people keep a movin’
And that’s what tortures me…

Well if they freed me from this prison,
If that railroad train was mine
I bet I’d move it on a little farther down the line
Far from Folsom prison, that’s where I want to stay
And I’d let that lonesome whistle blow my blues away…..

Love the song, but I still want to get out of here and fast. 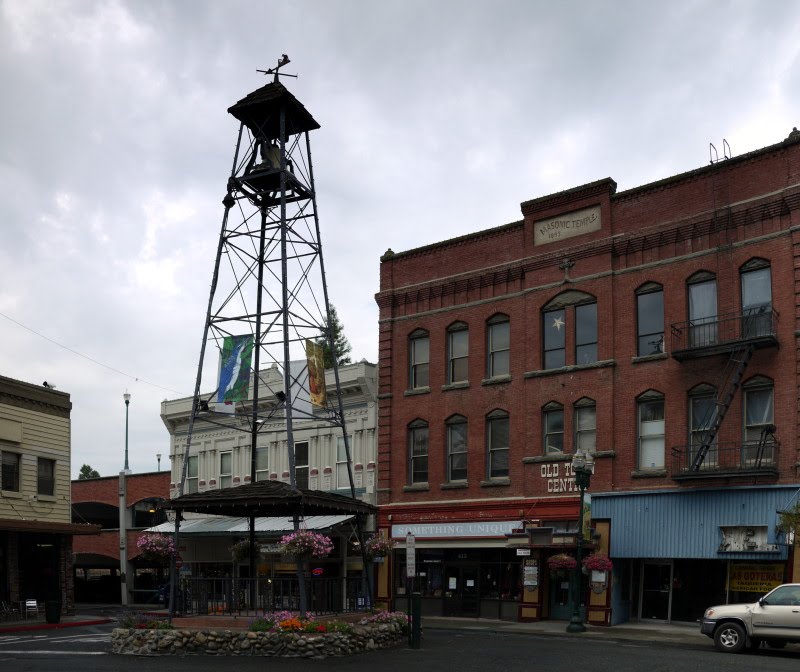 I must say that in a strange way I was disappointed when I arrived at Placerville. The town once known as ‘Hang Town’, in my mind, was going to be very close to a ghost town, with probably a couple of saloons, maybe a sheriff’s office, and of course, a couple of old western style tourist shops – in fact, I expected it to be very similar to Oatman California, which is a ghost town that has capitalized on its lack of amenities and residents.

After my initial disappointment, I found that that Placerville is still an awesome place to visit, and being the oldest town in Northern California; it’s a place I feel everyone should visit at least once. 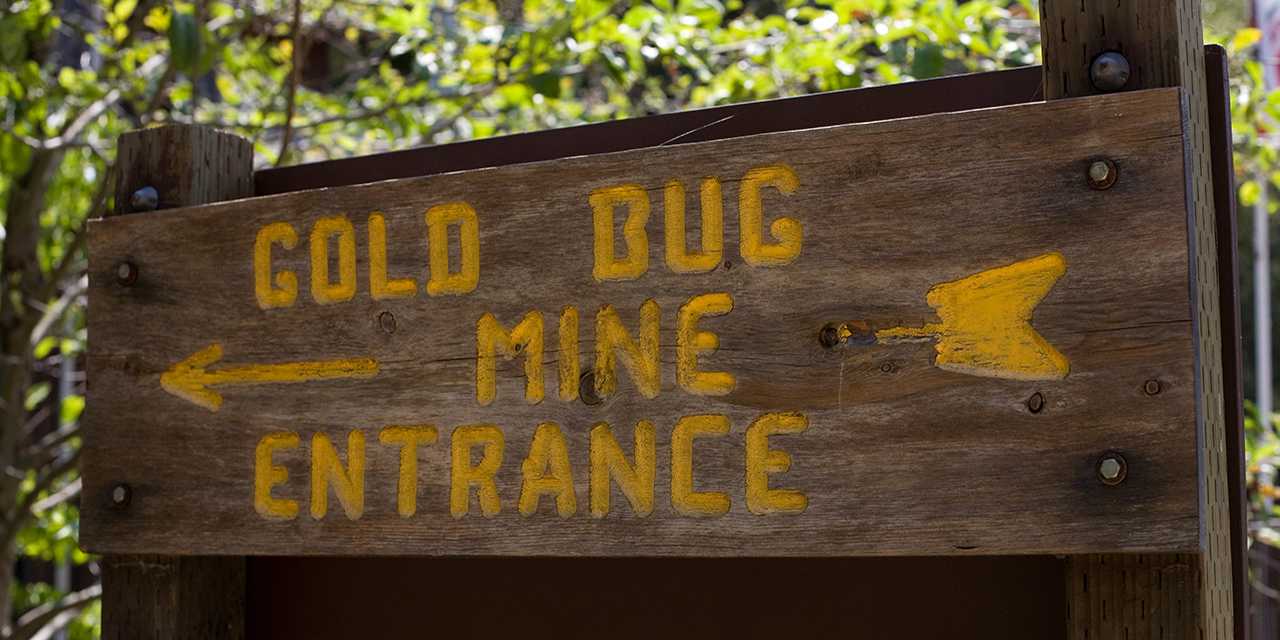 Once a flourishing gold rush centre, Placerville is full of rich history that has retained its small town charm and nice slow place of life. Placerville was originally known as Dry Diggins due to the hard soil the miners had to dig through to find gold, but due to the number of hangings that were carried out here, it was also known as Hang Town. The historic spot where these hangings took place is the Hangman’s Tree. Even though a building now stands here, a dummy hangs from a noose, ensuring that no one can miss the spot. 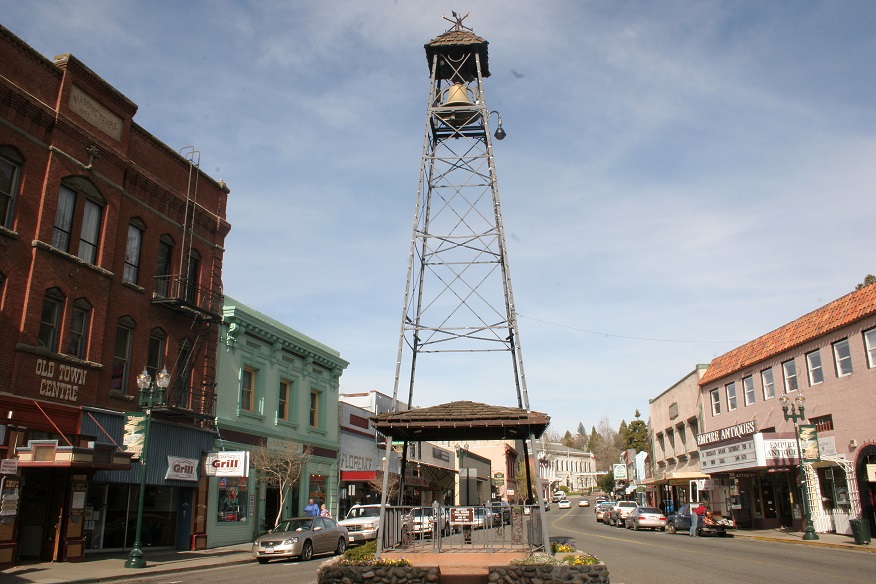 One of the first things you will see in Placerville is the Bell Tower. Originally built as a wooden structure in 1865, the tower was demolished and replaced with the current steel version in 1898.

The main street is full of eclectic stores and cafés which sell everything from antiques to Hawaiian shirts.

Gold Bug Park is located just about 5 minutes from downtown Placerville. You can go on a self-guided tour here through the old mines or you can visit Placerville Speedway or head to the nearby South Fork of the American River which has amazing outdoor recreation opportunities from fishing and gold panning to rafting down a Class III stretch of river.

Described as one of the most unique restaurants in America is right here in Placerville – the Cozmic Café.  The upstairs of this restaurant is a bar and dance floor with a very eclectic atmosphere that’s a very popular venue for live music. Downstairs is even more interesting and you will like you are right in the middle of the Gold Rush.  In 1859 a Scottish immigrant built this building in front of an abandoned mine shaft and it’s within this mine shaft that you can now sit and sip on a latte or eat a meal. 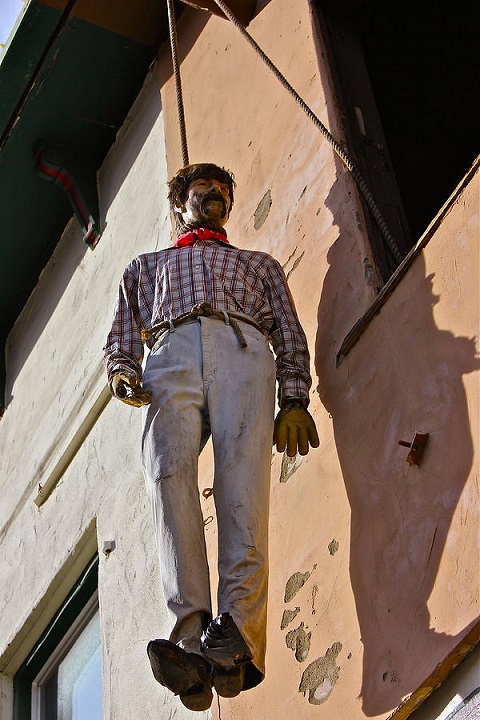 Listed on the ‘haunted house’ register, guests can request certain rooms on the 2nd floor that have been identified as accommodation that can offer a ‘spirited’ experience. We did not request one of these rooms, but I am sure ghosts don’t limit themselves to just one room do they? Who knows what spooky characters we may encounter throughout the night?

While offering all the ‘mod cons’ the rooms are individually designed to complement Placerville’s old west history.