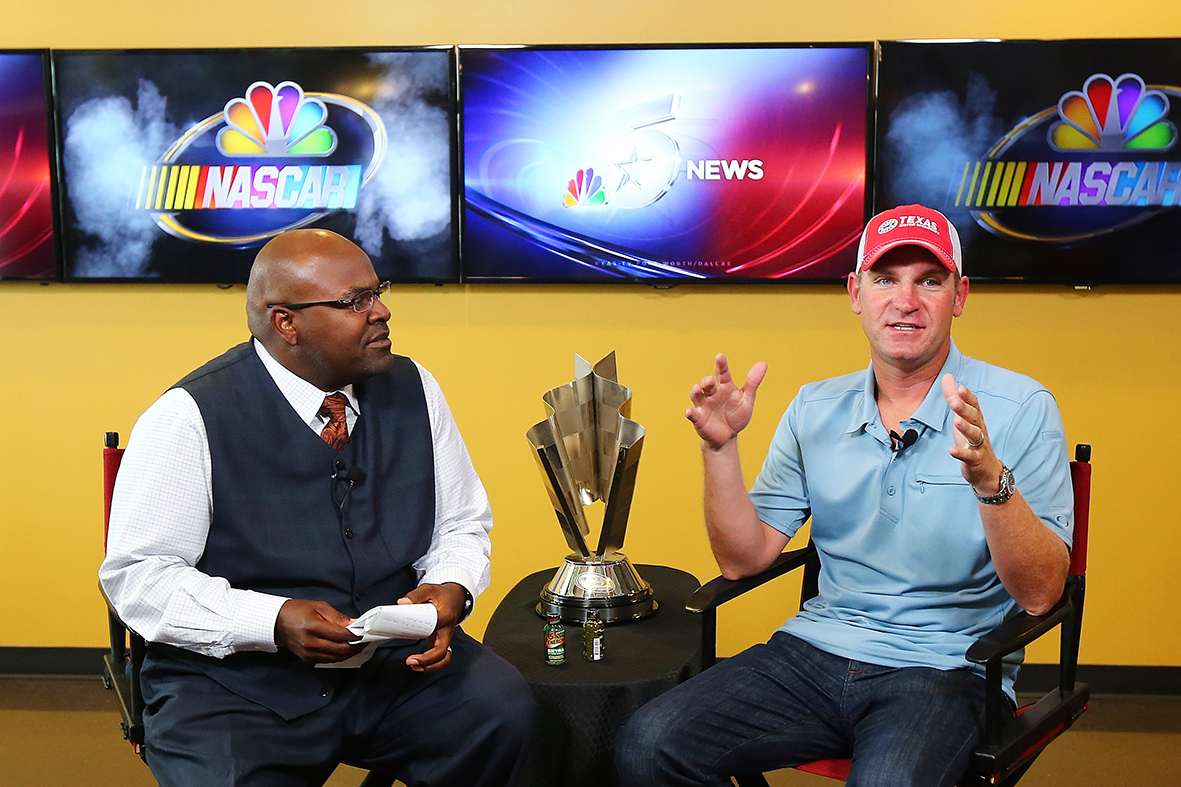 Darrin Spier, of Garland, Tom Porter, of Plano, and Judy McMains, of Whitesboro, were under the assumption that they were at the park to film a Texas Motor Speedway “Fan Appreciation Day” segment for “Big Hoss TV” that would air during the AAA Texas 500 Chase race on November 8. Little did they know the fan appreciation would come from none other than the affable Bowyer. 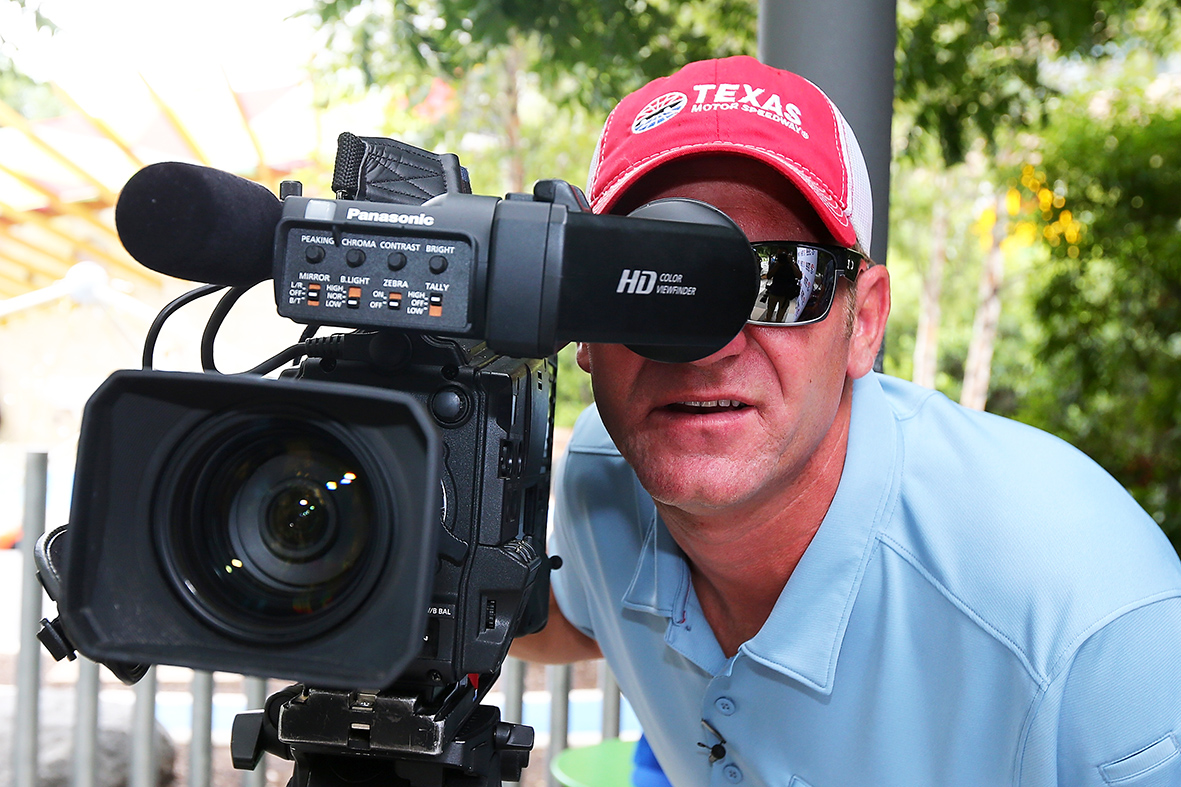 Bowyer, wearing a Texas Motor Speedway ball cap and Oakley sunglasses, was disguised as a pestering videographer for the interviewer – the speedway’s Total Access Radio Network host Rich Phillips – that was part of the media contingent on hand. He badgered all three throughout their interviews before revealing his identity much to their surprise and delight.

“I’ve done a lot of things with fans in the past, but this was the best,” Bowyer said. “The folks at Texas always seem to come up with the best ideas. This was like being on Jimmy Fallon. In fact, I got to be Jimmy Fallon for a few minutes here today and that is awesome. All of the people that we surprised had great reactions and it was fun to do a little different skit with each of them.”

Bowyer relished his role as he bluntly interjected and interrupted the season ticketholders during their interviews. He jumped in to adjust Spier’s lapel microphone after “encountering” audio issues, chastised Porter for projecting Dale Earnhardt Jr. to fare better than him in the Chase, and stepped out from behind the camera and earned a hug from McMains after she proclaimed Bowyer as her favorite driver. 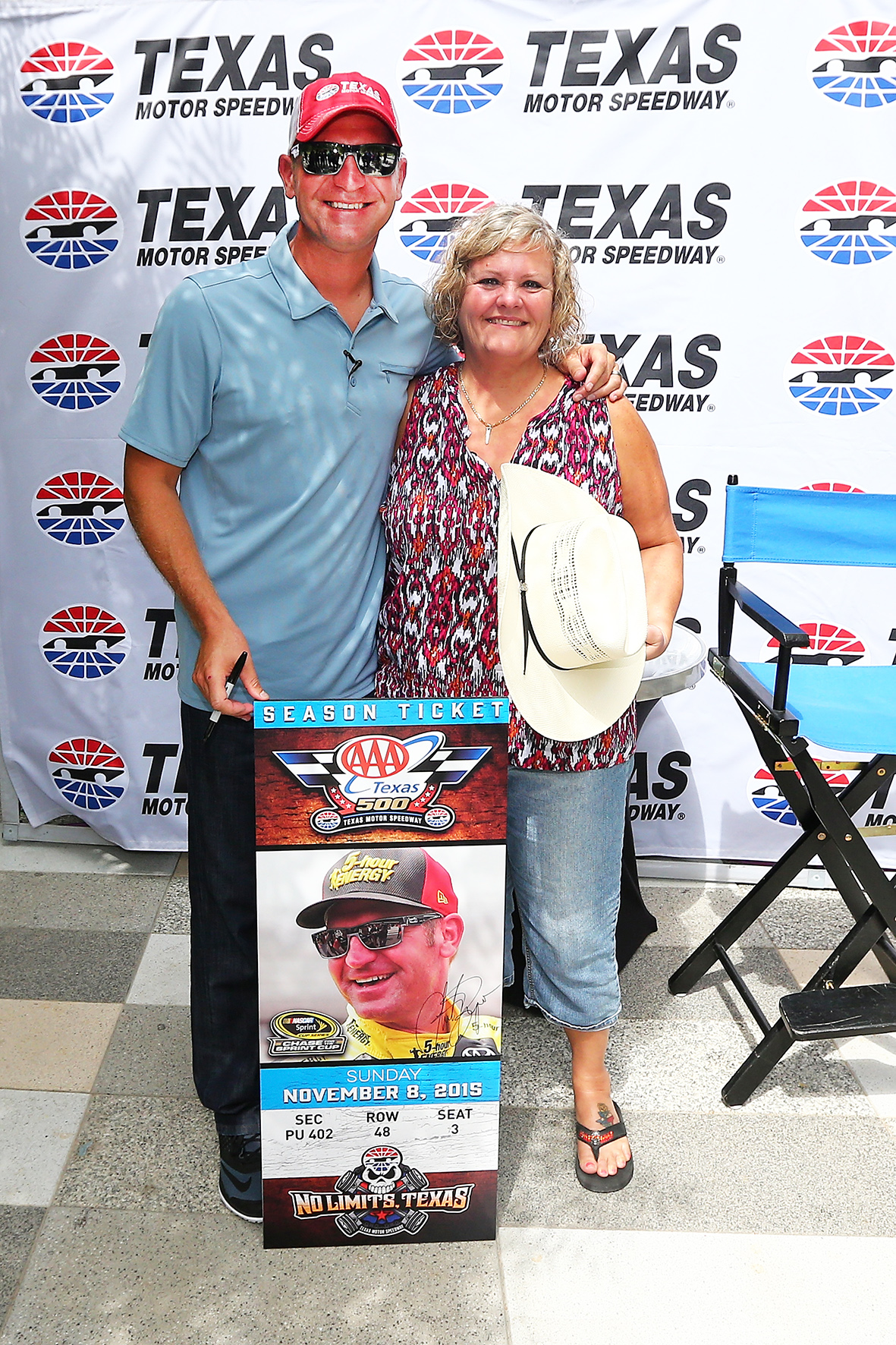 “You totally got me,” said Porter, a season ticket holder for eight years and a Speedway Club member. “That was awesome. I still can’t believe it.”

McMains, a Texas Motor Speedway season ticketholder for nine years and also a Speedway Club member, jumped with enthusiasm as she realised it was Bowyer, her favorite NASCAR driver, behind the camera.

“Oh my gosh, I was so excited when I noticed it was Clint,” McMains. “I love me some Clint. I have some pictures of him on my phone from the last race at Texas. This is a thrill I will never forget.” 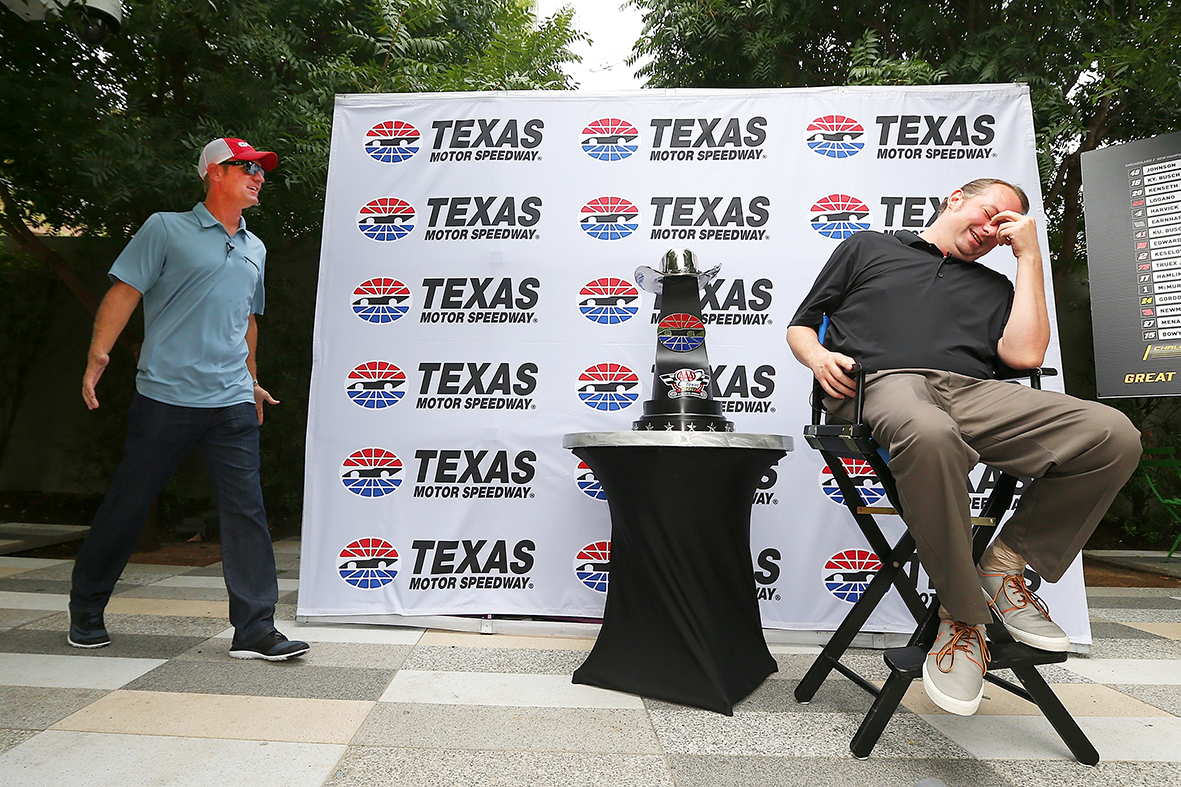 Bowyer’s surprise also included a gift package for each season ticket holder from Texas Motor Speedway Assistant General Manager Kenton Nelson. He presented each with a Charlie 1 Horse cowboy hat – the same ones the Sprint Cup Series winner receives in Victory Lane at Texas – and an oversized AAA Texas 500 ticket bearing Bowyer’s likeness with their exact seat location to go along with a bag of speedway merchandise. Bowyer enhanced the cowboy hat and oversized ticket by autographing them for each of the season ticketholders.

“This was a great opportunity today to promote the Chase and the AAA Texas 500 here on November 8, but it also was an opportune time to show our appreciation for a few of our loyal season ticket holders with the dynamics of this media event,” Nelson said. “It’s very rewarding to have the chance to connect our fans with a driver like Clint, especially a surprise meeting where their expressions were priceless.” 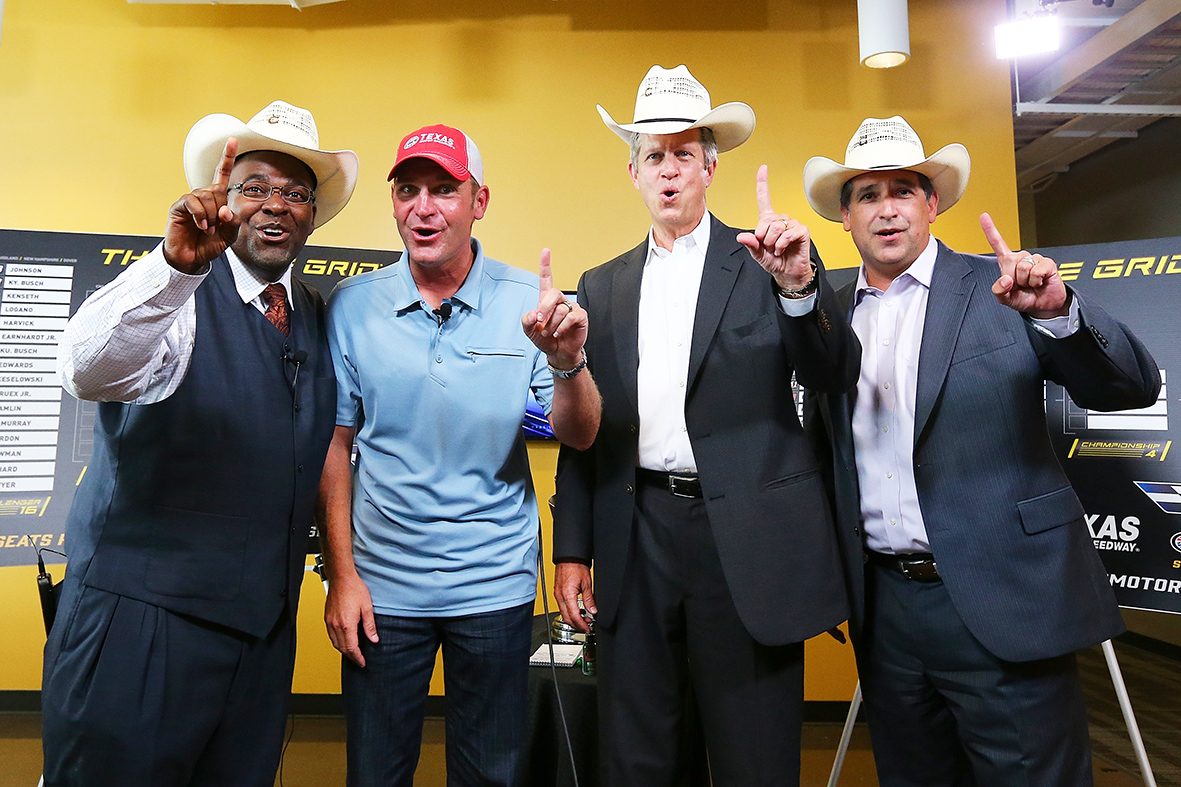 Bowyer concluded his visit with a stop at KXAS-NBC 5 in Fort Worth to celebrate NASCAR’s new television partnership with parent company NBC that began this season. The AAA Texas 500 – as well as the O’Reilly Auto Parts Challenge on Saturday, Nov. 7 at Texas Motor Speedway – both will be broadcast live on NBC.