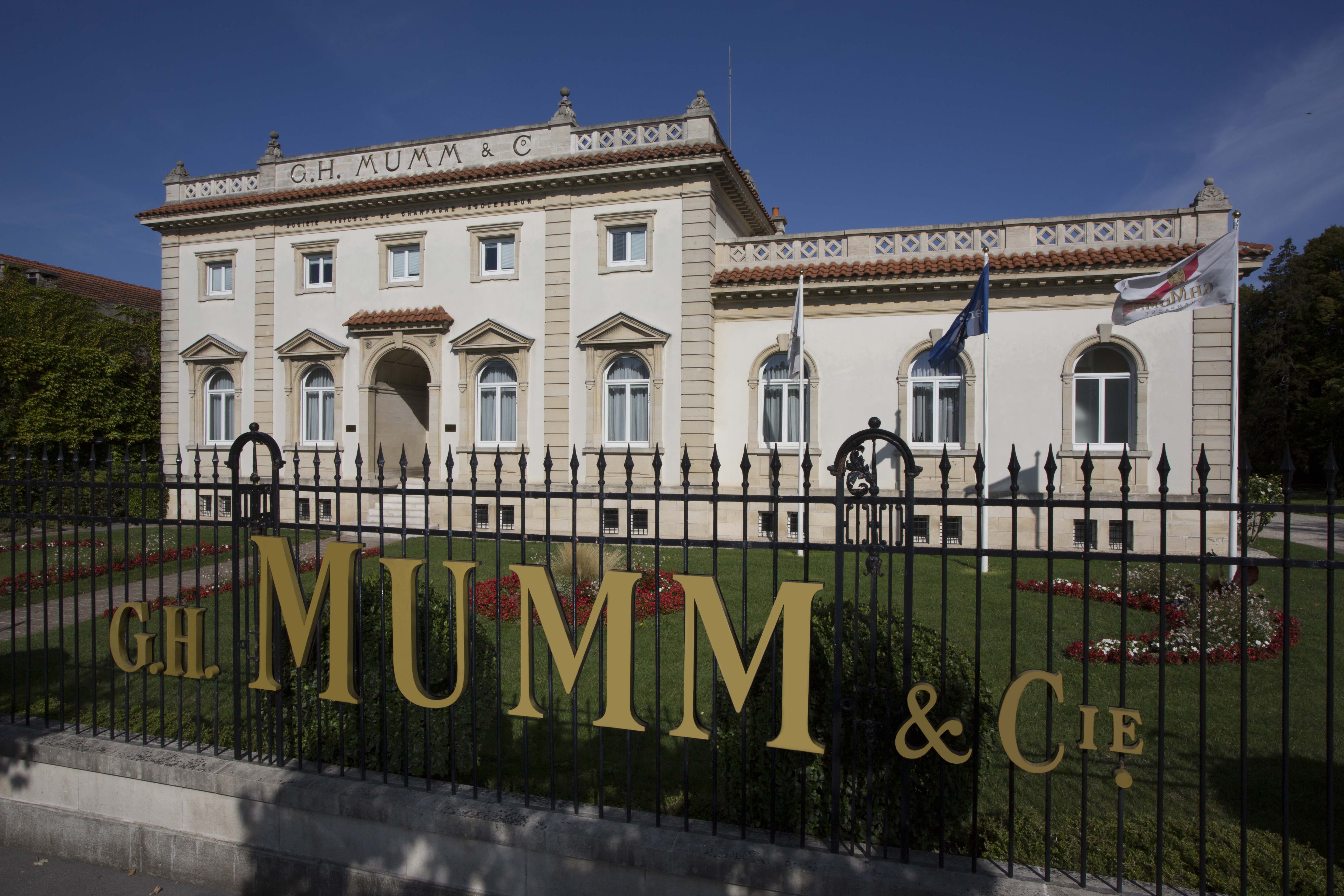 In keeping with its long history of innovation, Maison Mumm has risen to a bold new challenge : reinventing the champagne tasting ritual for the new frontier of space and zero gravity.

In September 2018, Maison Mumm officially launches Mumm Grand Cordon Stellar: a ground breaking feat of technology that makes it possible for astronauts and other space travellers to enjoy champagne in the challenging surroundings of zero gravity. The fruit of a three-year partnership with Spade – a young agency specialized in space design – Mumm Grand Cordon Stellar employs a revolutionary new bottle and glass concept to transform life in space, making a high-tech champagne ritual available to all in the very near future. Thanks to Mumm Grand Cordon Stellar, Mumm’s art of celebration – along with a range of exciting new taste characteristics – will now accompany daring achievers in the new era of space exploration.

To make this dream real, Mumm has displayed its innate daring by joining forces with a cutting-edge design start-up. Founded by Octave de Gaulle, Spade is an agency specialized in designing objects for use in space. “For the last 40 years, space travel has been shaped by engineers rather than designers. Instead of seeing zero gravity as a problem to be solved, we look at it as a design possibility,” Octave de Gaulle explains. “The main design challenge for Mumm Grand Cordon Stellar was actually getting the liquid out of the bottle.” 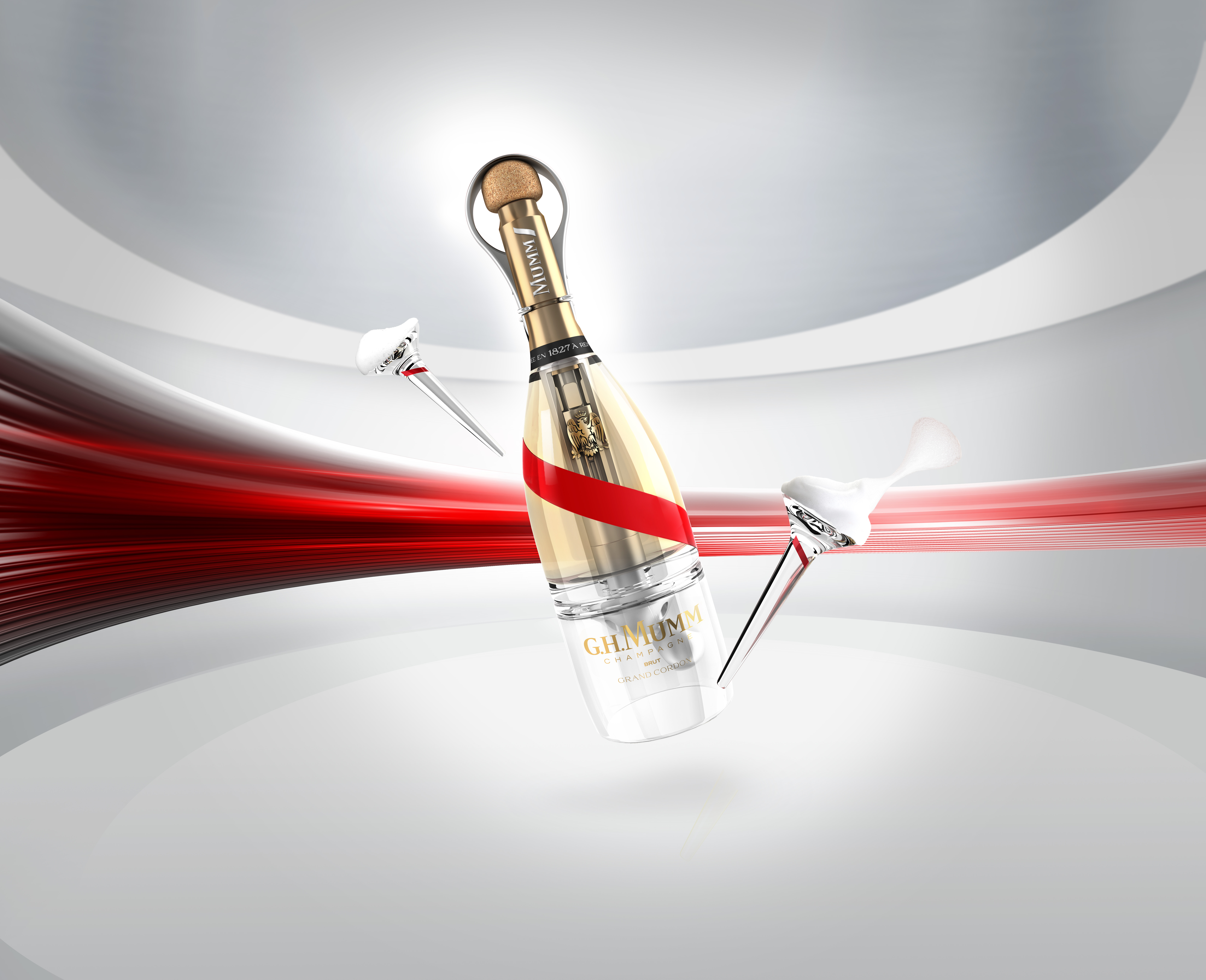 Indeed, Mumm Grand Cordon Stellar transforms the act of raising a toast into something that has never been seen before. Without gravity’s helping hand, its high-tech bottle design – crafted from transparent glass and embellished with the Mumm Grand Cordon cuvée’s distinctive red sash – uses the champagne’s gas to expel the liquid into a ring-shaped frame, where it is concentrated into a droplet of bubbles. It can then be passed to someone and released into the air, where it floats until gathered up in a specially designed glass. “By rising to this new challenge, Mumm defies gravity and once again pushes the limits of innovation. This revolutionary bottle illustrates the Maison’s status as an icon of the avant-garde.” says Louis de Fautereau, Global Brand Director of Mumm.

The innovation isn’t confined to technology. In the unique conditions of weightlessness, Mumm Grand Cordon takes on new and unsuspected taste characteristics too. The sensations begin as soon as the wine leaves the bottle, appearing as an effervescent ball of foam. The novelty continues when the champagne enters the mouth, where the foam transforms itself into a liquid. “It’s a very surprising feeling,” explains Mumm’s Cellar Master Didier Mariotti. 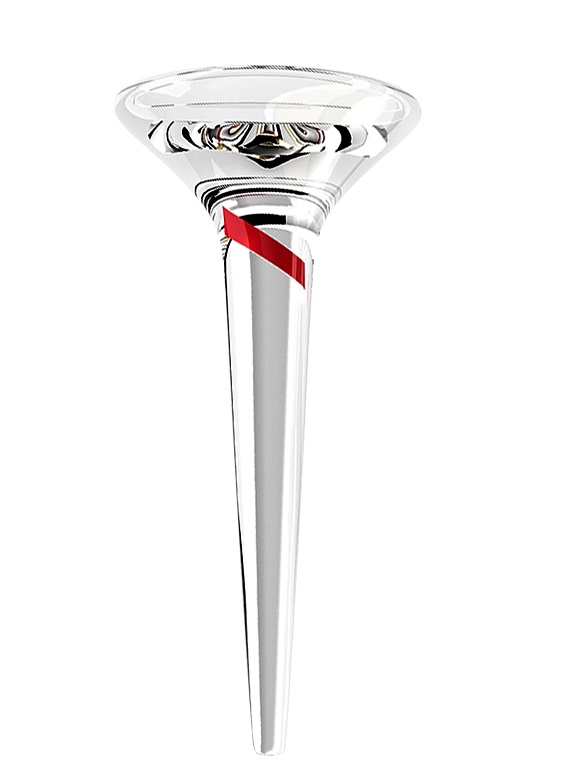 Mumm’s iconic new glass design is part of the Mumm Grand Cordon Stellar experience. It features a tapered stem – adorned with a red sash in homage to Mumm Grand Cordon – crowned by a slightly concave cup five centimetres in diameter. Surface tension makes the floating droplet adhere to the glass, allowing it to be raised to the lips. The design also enables glasses to be clinked together in a toast, a vital part of recreating the familiar champagne ritual in far-off corners of space. For Maison Mumm, this was a key factor in bringing Mumm Grand Cordon Stellar into being. In the context of nascent space tourism and future expeditions to Mars, creating ways to help astronauts feel more human has become a vital priority.

It is Maison Mumm’s hope that this revolutionary wine tasting experience will soon be available to as many people as possible. Mumm Grand Cordon Stellar should soon be served to participants in the zero gravity flights organized by Novespace, while discussions are in progress to supply it to future space missions and commercial space flights. It will also be the motor for a new digital campaign entitled “Find your next victory”, in which participants submit out-of-this-world innovations and challenges – with the winning projects funded by Mumm.

With all these initiatives, Mumm is putting the innovative spirit that has always guided the Maison at centre stage. One of the first champagnes to grace the supersonic airliner French Concorde, Mumm will now be the first to be served outside the Earth’s atmosphere. An exceptional experience will soon set social media buzzing, as international celebrities discover this new champagne experience in the unique conditions of space flight in France’s Champagne region. Synonymous with daring, the Maison has always looked to push back the limits of innovation. With Mumm Grand Cordon Stellar, those limits have now been launched deep into the vast emptiness of space itself.