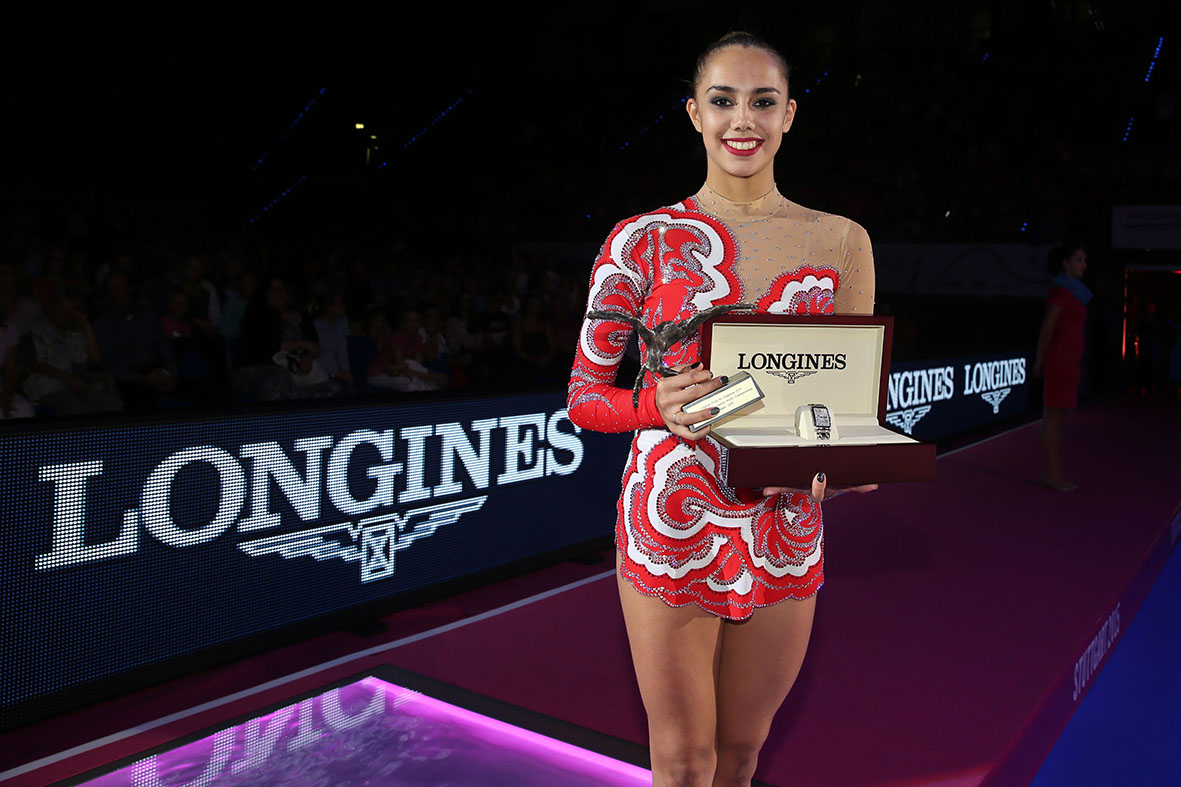 Russian gymnast, Margarita Mamun with her Longines DolceVita watch after winning the Longines Prize for Elegance.

Stuttgart, Germany: Russian gymnast Margarita Mamun, who participated to the individual all-around competition at the 34th Rhythmic Gymnastics World Championships 2015 in Stuttgart, has taken out the Longines Prize for Elegance.

Set up in 1997, the Longines Prize for Elegance takes the form of a trophy representing a gymnast in movement created especially for Longines by the Swiss artist, Jean-Pierre Gerber. 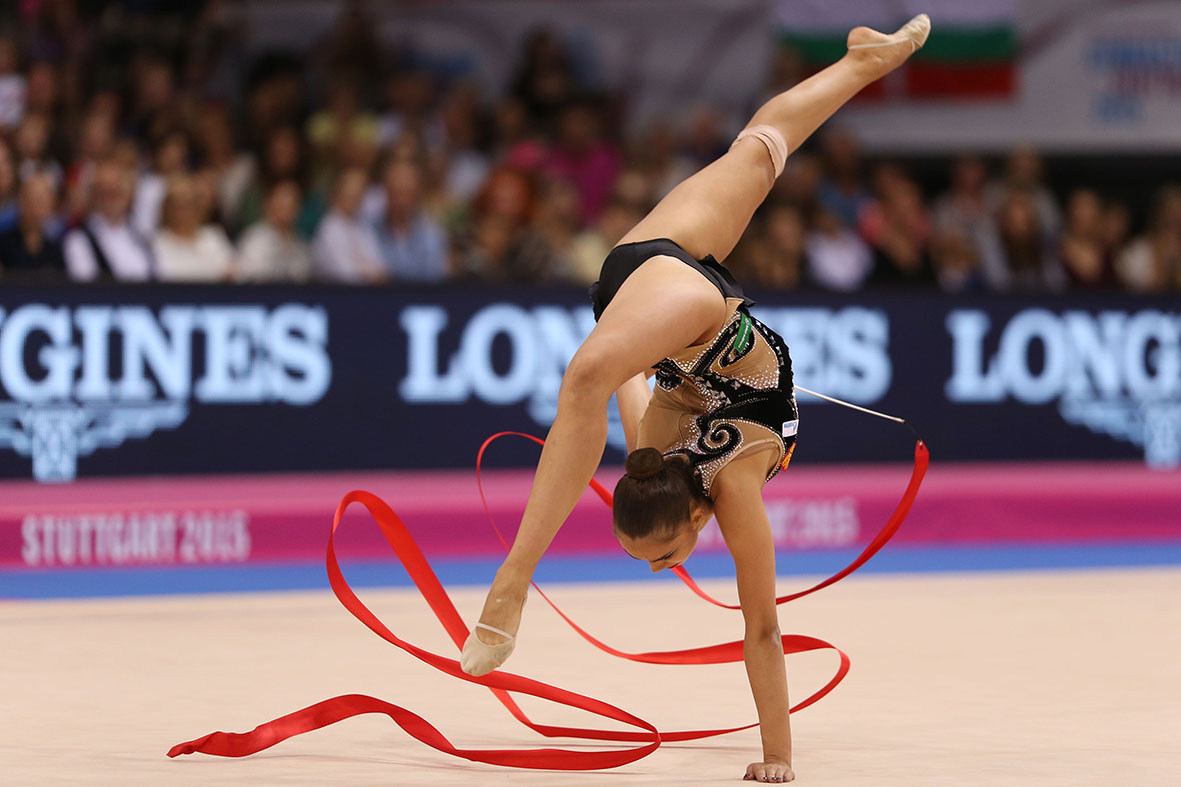 Yana Kudryavtseva clinched the World Championships all-around title for the third year in a row. She also captured three gold medals in individual ribbon, ball and clubs, as well as the team title with her Russian compatriots, Margarita and Aleksandra Soldatova. Famous for her ball-spinning tricks as well as her spectacular ribbon routines, she demonstrated once again that she is one of the best rhythmic gymnasts of her generation.

Longines first became involved in gymnastics in 1912, when it launched an innovative electro-mechanical timing system. For more than twenty years the brand has been the official partner and timekeeper for artistic and rhythmic gymnastics competitions organized by the International Gymnastics Federation. 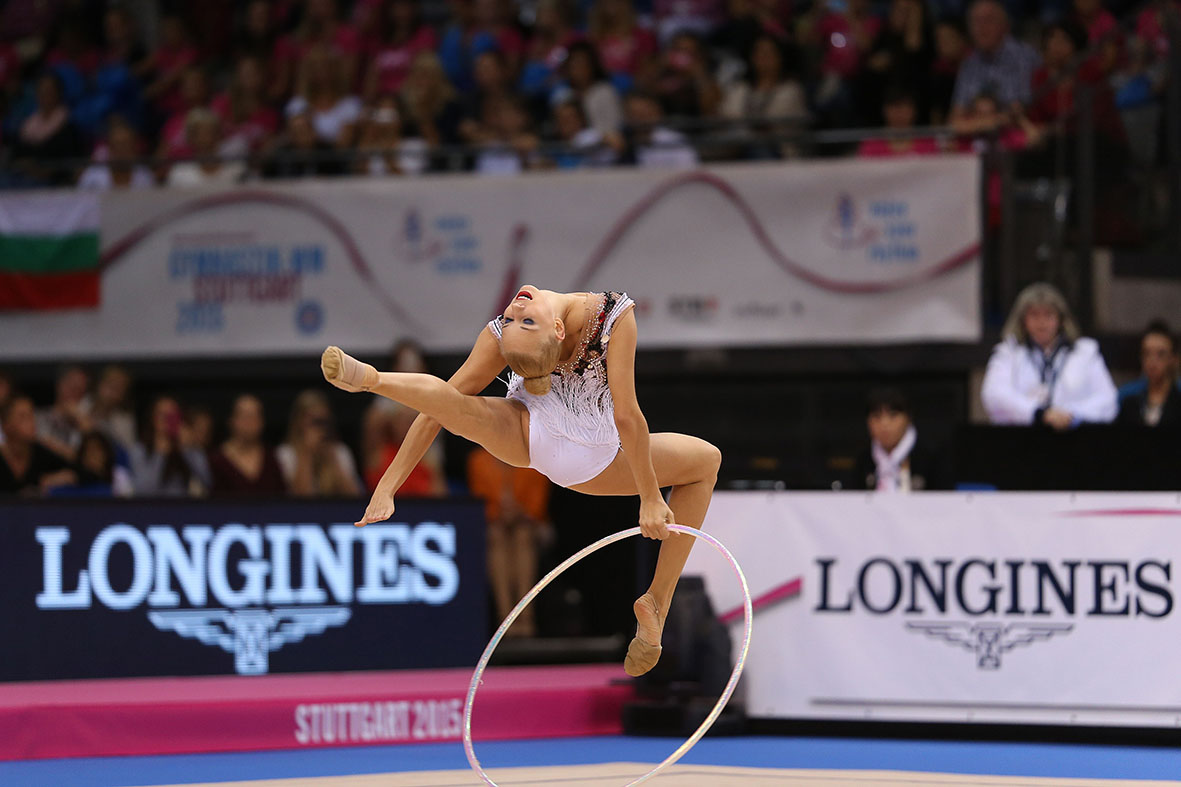 At these events, Longines provides the necessary infrastructure and personnel for calculating times, presenting scores, processing data (start lists, results, and medals) and displaying this information on results screens, on the commentators’ information system as well as transmitting it to the television companies that cover the competitions.

The Official Watch of the thirty-fourth Rhythmic Gymnastics World Championships was a ladies’ model from the Longines DolceVita collection, cased in steel, decorated with diamonds and featuring a silver-coloured ‘flinqué’ dial adorned with painted Roman numerals. 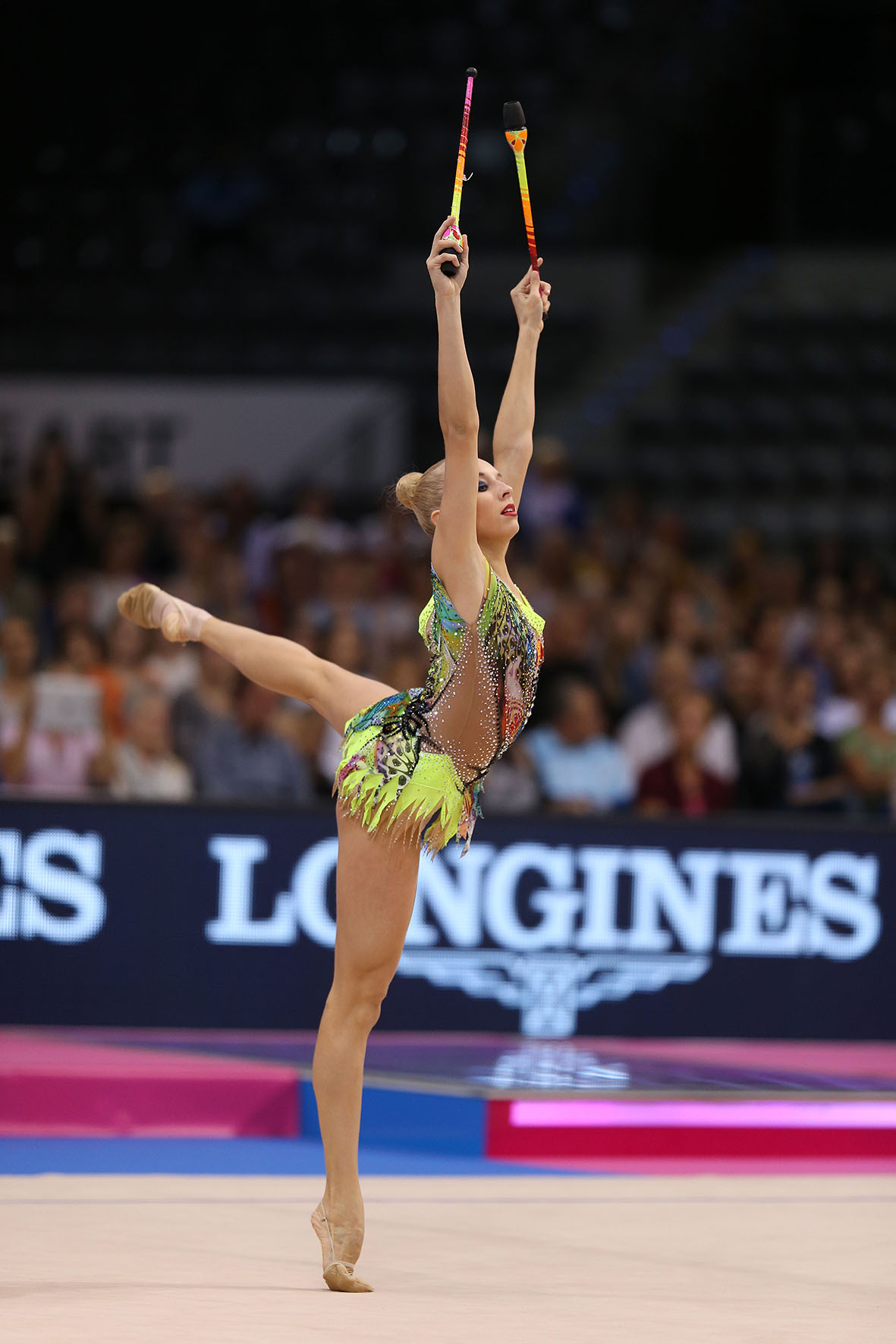 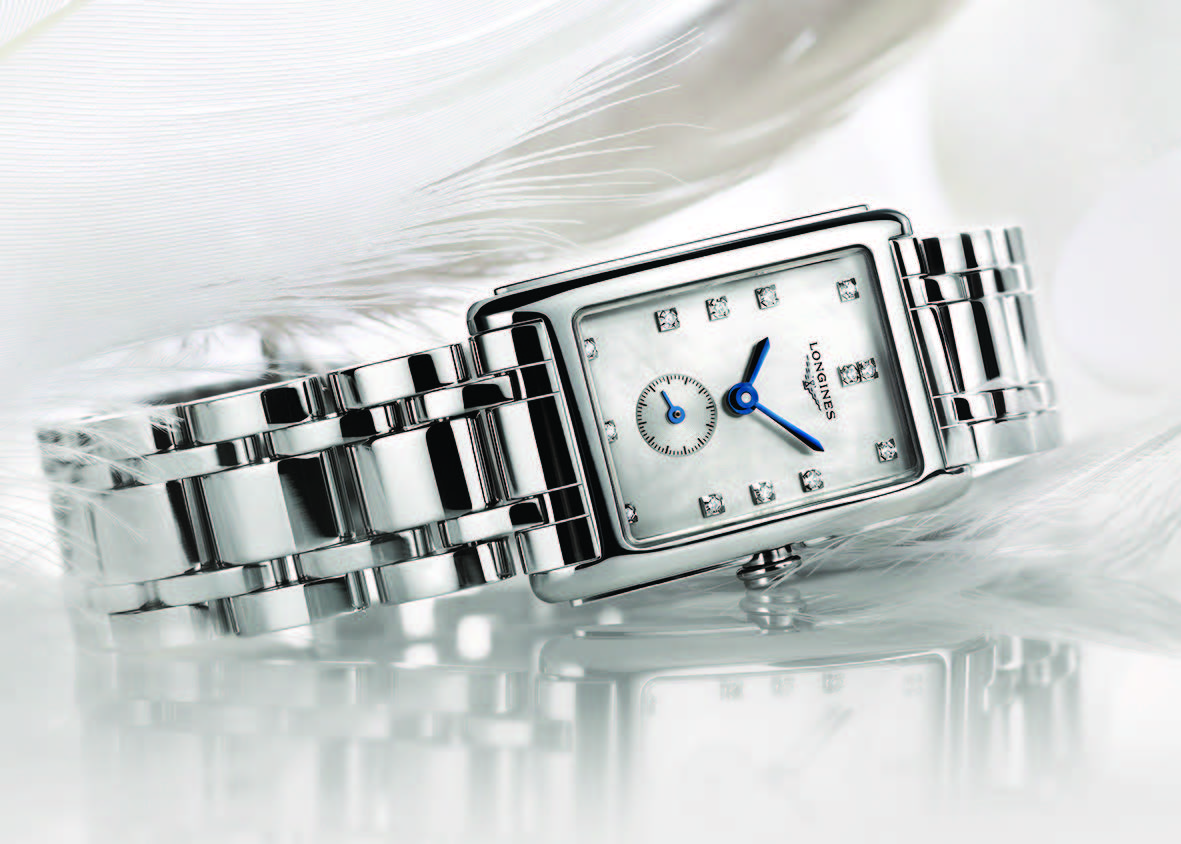