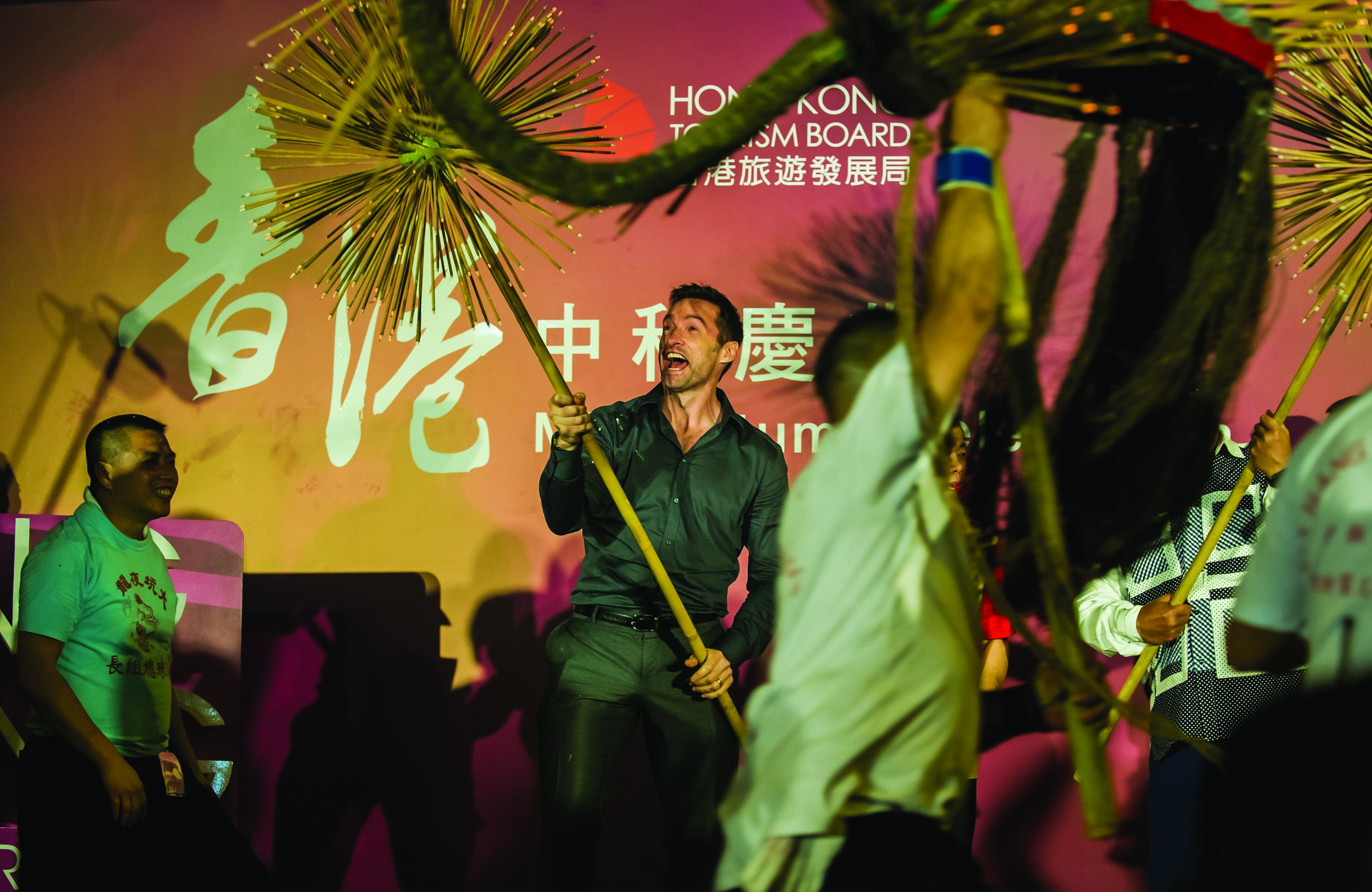 Tai Hang, Hong Kong: During his promotional tour to Hong Kong, Hugh Jackman visited Tai Hang where he experienced an authentic cultural Tai Hang Fire Dragon Dance. Being the first international star participating in this festivity, Jackman was honoured with a leading role of the parade by holding the Fire Dragon pearl. 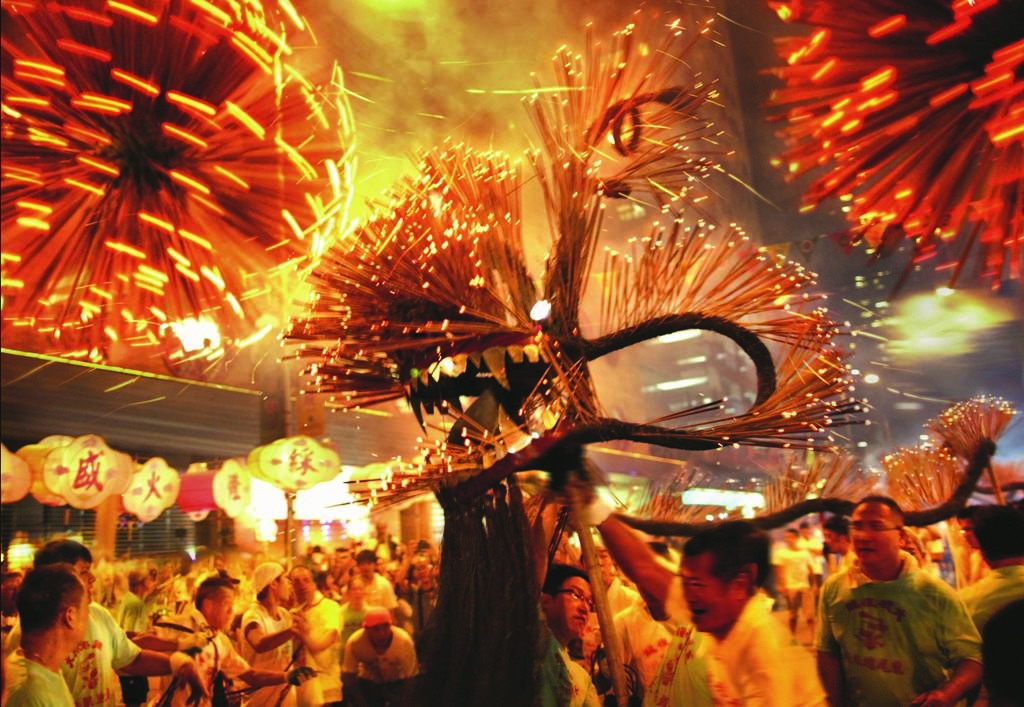 In the 19th century, the people of Tai Hang began performing a dragon dance to stop a run of bad luck afflicting their village. More than a century later, their village has been developed into a part of the cosmopolitan. But the dragon keeps on dancing. It has even danced its way onto China’s third national list of intangible cultural heritage. All this started a few days before the Mid-Autumn Festival, sometime around 100 years ago. First a typhoon slammed into the fishing and farming community of Tai Hang. This was followed by a plague, and then when a python ate the villagers’ livestock, they said enough was enough. A soothsayer decreed the only way to stop the chaos was to stage a fire dance for three days and nights during the upcoming festival. The villagers made a huge dragon from straw and covered it with incense sticks, which they then lit. Accompanied by drummers and erupting firecrackers, they did what they were told and danced for three days and three nights – and the plague disappeared.

Many would agree, the luck of the village has changed drastically.