Mention the words ‘apple pie’ and you will have people salivating and licking their lips. Those two simple words conjure up feelings of homemade comfort and memories of Mum and Nanna baking in the family kitchen and then you sitting on the couch under a blanket on a cold and wintery day spooning that rich and buttery pastry and warm luscious apple into your mouth. I don’t think there is anything else like it that will give you the same ‘warm’ feeling.

Old movies and cartoons even used the apple pie, cooling on the window sill, as a way of drawing in characters as they followed their noses and the delicious aroma of the steaming and rich pie goodness.

Aaaahhh yes, the old family favourite cannot be beaten. But sadly, as our lives have sped up over the years, not too many of us have the time to bake a delicious apple pie, nor do we have the time to sit and eat it. We are always rushing from point A to point B and lucky to grab a snack somewhere in between.

I have just discovered how you can get that deliciously warming and comforting feeling while you are still on the run. No need to spend hours baking in the kitchen and no need to cancel an event so that you have the time to sit down and eat.

Lauren Davie and Elena Adoniou are two passionate Melbourne foodies who have a love of creative, healthy and freshly brewed beverages. The innovative pair has launched their latest drink to Melbourne at the Queen Victoria Night Market and are warming up winter with their new, piping hot, and oh so delicious hot apple cider that will give you that homemade and warm, comforting feeling. 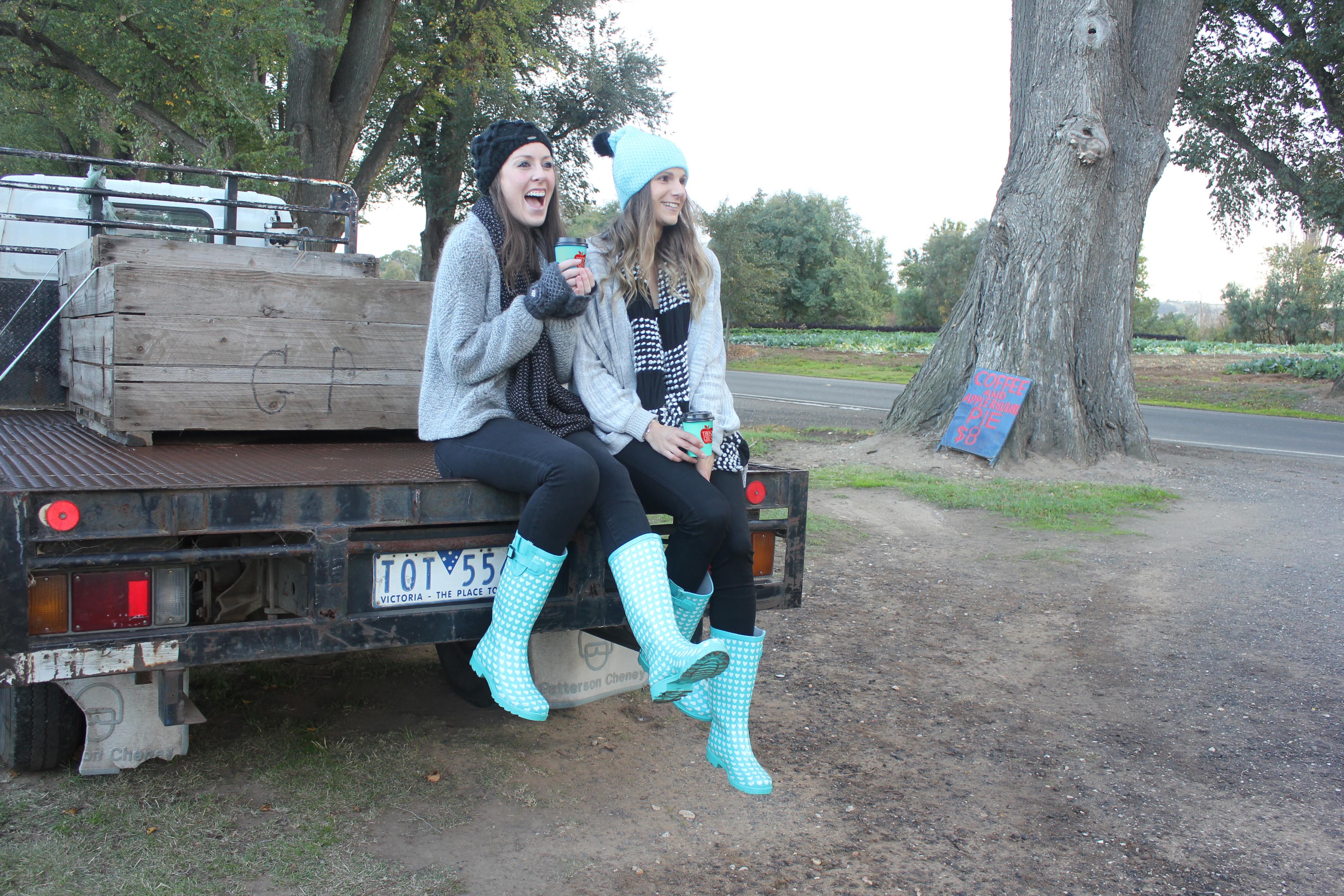 Lifelong friends, Lauren and Elena are like sisters and even admit that they have often answered the other’s question before it is even asked. The business Those Girls is their ‘baby’ and only 18 months old but already well known around Australia. 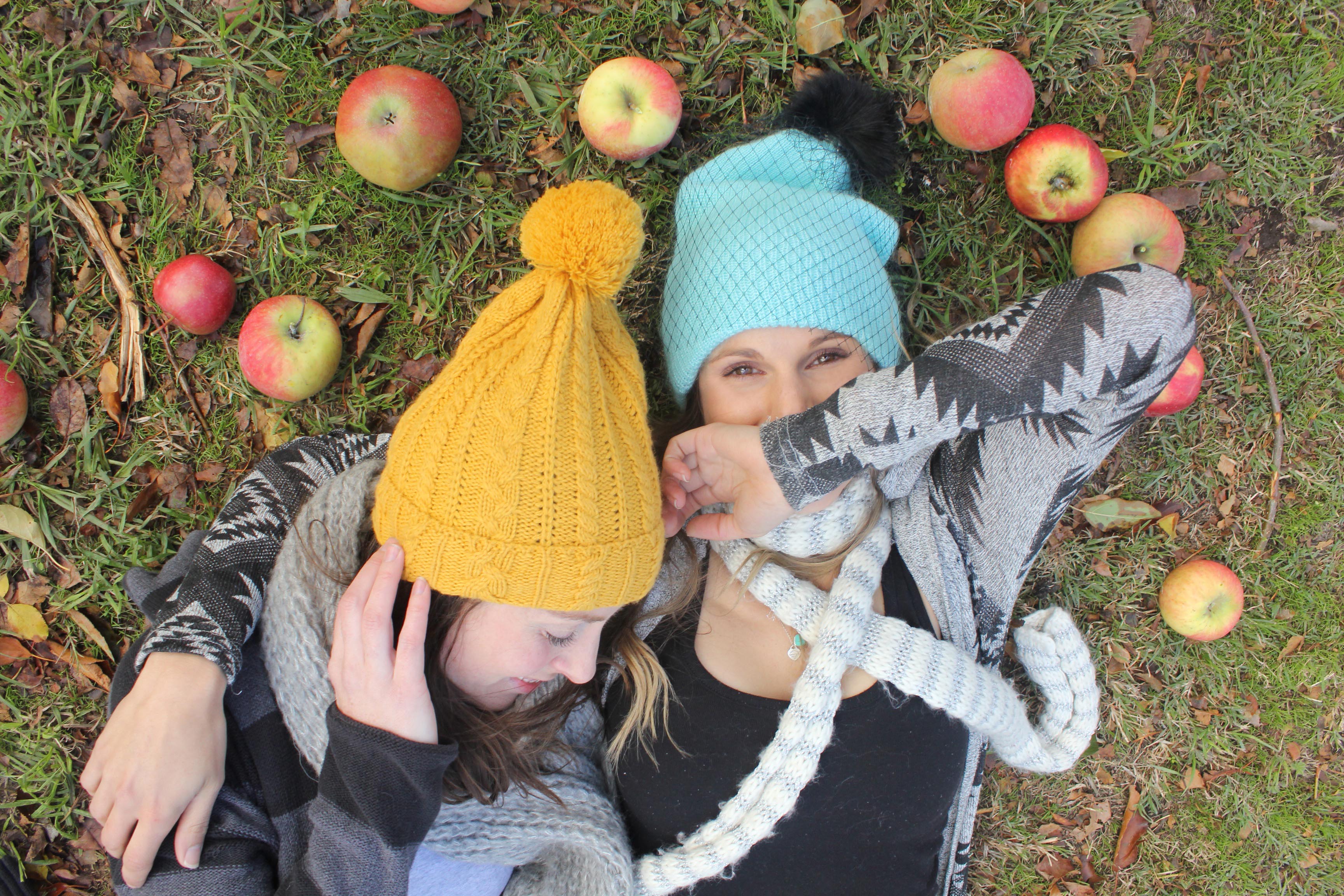 Always avid tea drinkers, Lauren and Elena decided that they should sell their Chai Lattes, why not, they were delicious. The idea came to them in December, but here in Australia, December is not the right time to be launching and selling a hot drink, so they decided to make iced teas instead.

“We do a hot brew for all of our teas. Even choosing which brews to do at the start and learning how long to brew them, what the temperature is, all of that kind of stuff took us about two months to get the teas down pat, let alone how we wanted to flavour and what kind of combinations we wanted to do with the teas,” said Elena.

“We are part of the Australian Tea Association and work with the Australian Tea Masters. There is a lady there – Sharon – who has been really helpful in teaching us about tea and the different types of tea. We did a course to get our Tea Masters Certificate, so we are certified tea masters.”

“We tried lots of recipes on all our family and friends and made them try about ten versions of each flavour just so that we could get it right. When we were onto some winners, we locked in a small market to start with, and from there we rapidly expanded and started doing Australia Day celebrations and festivals in the city and then we realised that we were onto a good thing.”

As the cooler weather approached, the girls decided that they needed a drink to keep people warm, and icy cold tea wasn’t going to cut it. They had discovered hot apple cider on a trip to New York and admitted that most of their day, which was supposed to be spent ice skating in Bryant Park, was actually spent going to the food market and buying cup after cup of delicious warm apple cider. They noticed that they weren’t the only people doing this; others were also continually flocking to the stall to buy the same drink.

After coming home and playing around with recipes they came up with the perfect blend of fruit and spice. 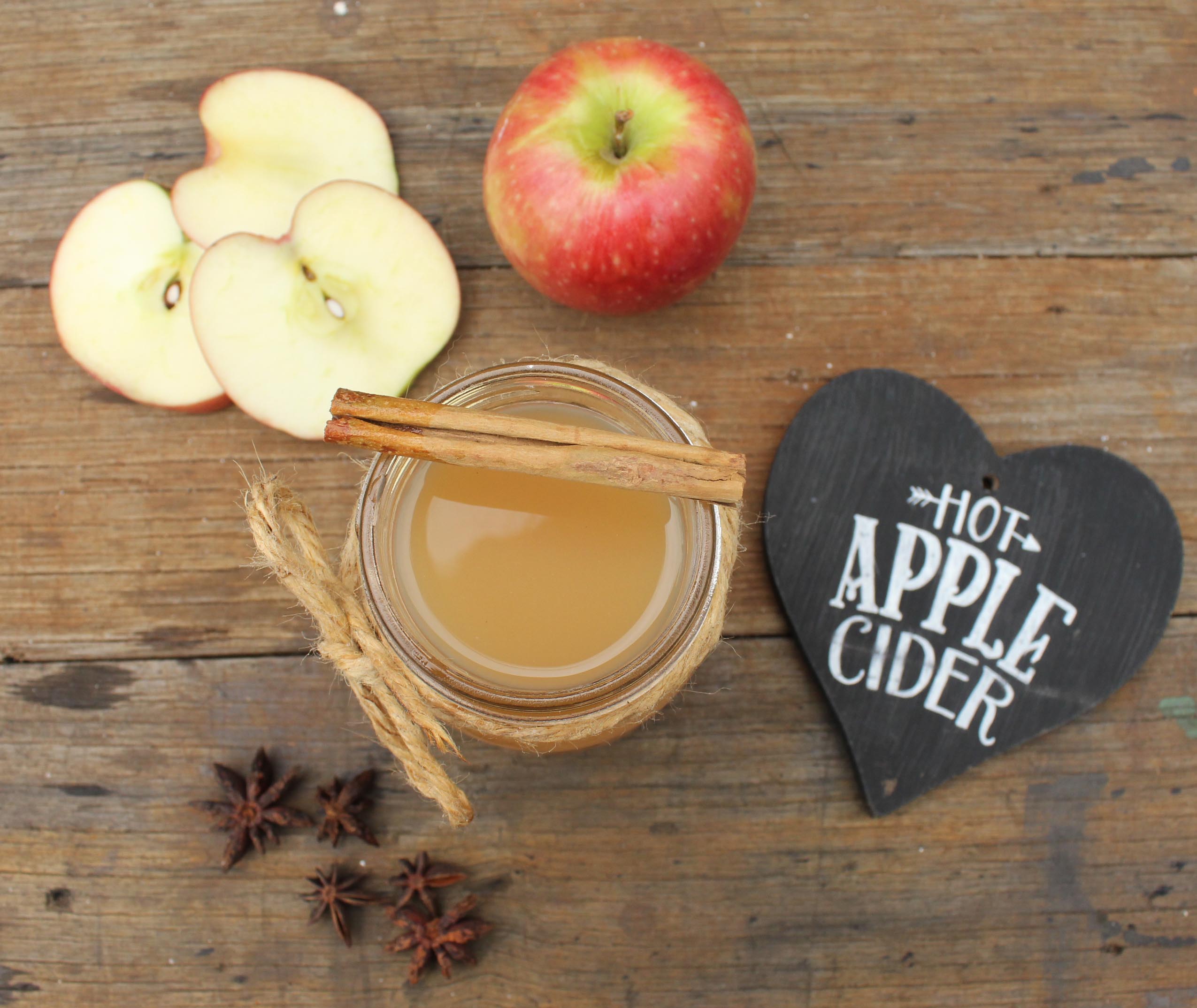 “It is like a science. People don’t understand that it’s not just one apple that’s crushed. There is a mixture of different apples, each apple has a different sweetness. When we started trying it, our first recipe trial was incredibly sweet so we had to dilute the quantity of each type of apple we used – spreading it between Pink Lady, Golden Delicious and Granny Smith as well, just to tone it down a little bit. Then of course, there are lots of fresh herbs and spices, cloves, cinnamon sticks.”

“If we are passionate about something, we are happy to trial it and see how it goes,” added Lauren.

Lauren and Elena delight in sharing the things they love with other people and receive huge pleasure from seeing people be happy and smiling when they taste the iced tea or hot cider.

Now this business isn’t just a matter of turning up at a market and selling a lovely drink, it’s a lot of work.

“It’s actually full time for about three people, but we cram it into two people. It’s full time and a half, which is okay, if you love what you are doing, it’s not necessarily work,” said Lauren.

The girls do everything themselves; the cleaning, selling, making the drinks and all of the office work. It takes one kilogram of apples to make one litre of apple cider – and Those Girls are selling up to 300 litres a night.

“Yes, it goes a little bit crazy. It’s very popular. When we started the first Queen Victoria night market, we sold out within two hours. We didn’t have enough stock. We thought it would be like a coffee where people would grab one as they stroll past and go but the demand was outrageous. We increased our quantities by about five times and spend a lot more time making more to ensure that everybody could get some,” said Elena.

“Our line is sometimes right up there (indicating a line that would accommodate approximately 30 people) you don’t even get time to look at it, we are so busy serving.” 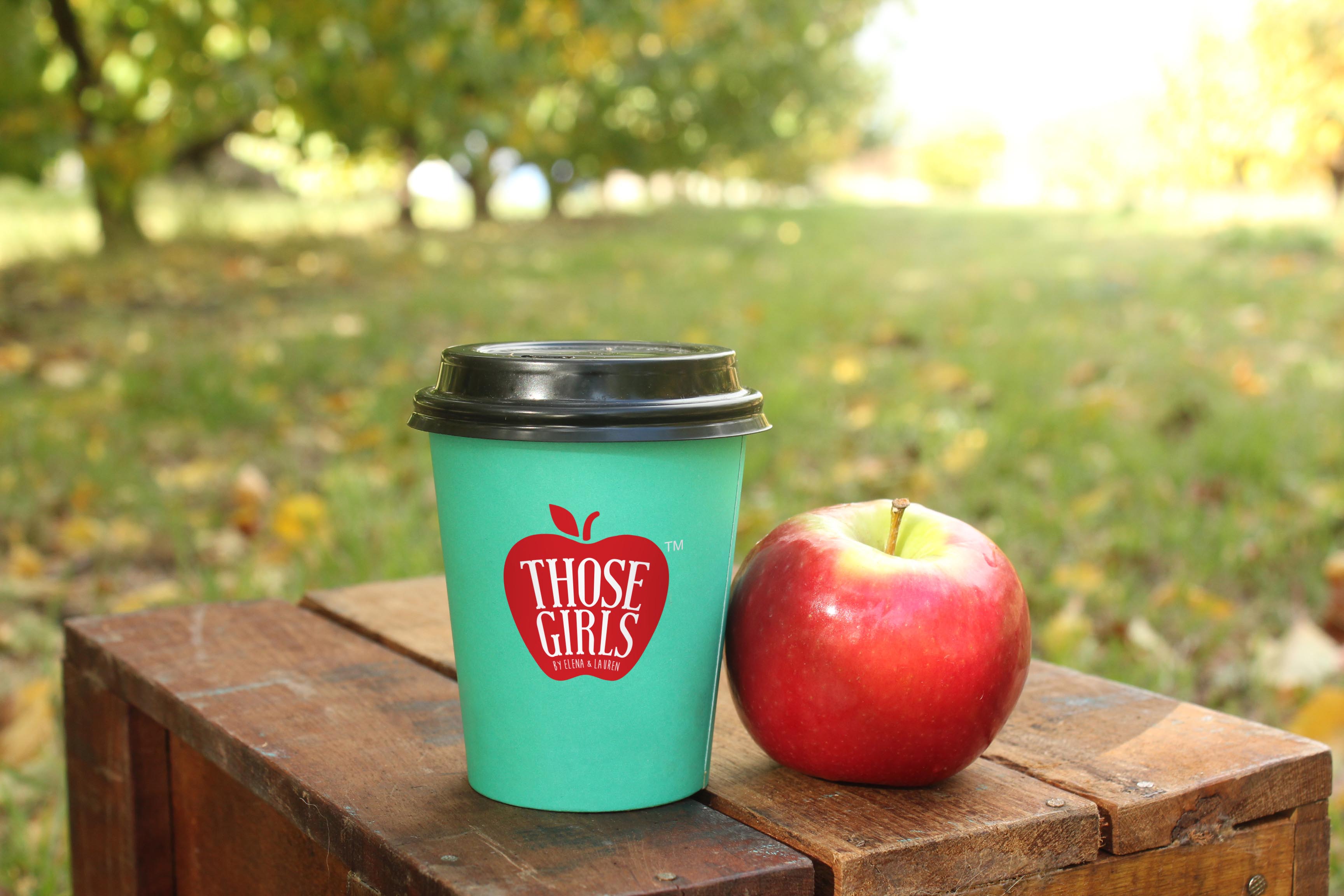 The girls plan to expand their business into Sydney and Brisbane, something they admit will be a challenge but one they are definitely up for.

“Everything we have done so far has been challenging. We seem to be quite good at problem solving, so far. Any problem that arises we find a way around. Whether that means flying to Sydney every second week to touch base with people or weekly communication, working progress meetings every week, that kind of thing. Anything is possible. If there is a problem and we have to do something that’s not ordinarily done in a business to solve it, it’s fine. We will do whatever needs to be done. I would rather fly to Sydney every second week and be confident than sit here and worry about if (employees) are doing the right thing,” said Elena.

“We are not scared to face what’s happening – facing reality makes it a bit easier to deal with and to know what needs to be done to improve things. The second you start hiding from it is when things will go wrong, and you will get caught out. We are prepared to do whatever it takes.”

But when asked what it will feel like ‘letting go’, the girls admit that it will be difficult.

“We have been talking about it and we have figured out that we get to choose the people and we get to train them, so we can show them how passionate we are and how much fun it can be if you do things properly. It’s great to make people happy as well as make money. We are confident that we can find the right people and train them well enough to do the job that we do.

“It’s scary. It’s like sending a child off primary school for the first time,” admitted Lauren. 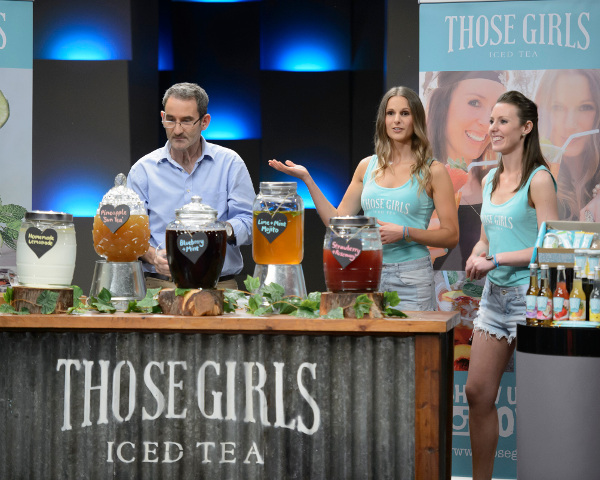 The television coverage and financial backing has been amazing for them, but the girls feel they have benefited most from the business side of Steve’s investment.

“Having someone with that kind of knowledge and the connections on board is priceless. Money you can probably get from a bank or anywhere really, but that knowledge and insight, guidance and mentoring is what’s going to really make the difference for us.

“We love the TV exposure as well – getting our name out there. Like, at this market, having people from South Australia come down and say ‘I’ve been wanting to try this product for ages’. That’s a great thing.”

Those Girls can be found serving up their winter brews at the Queen Victoria Night Market in Melbourne every Wednesday night from 5pm to 10pm.