Stoned Crystals is the world’s first Natural Crystal Décor line, for the home and work place. With their inaugural Collection GEO GEMS, launched in 2015, Stoned Crystals has made a huge splash in the interiors scene offering something that tests the conventional use of crystals by making them more accessible and fashionable to mainstream.

Crystals are beautiful, organic and tactile objects. Rolling these shapes around in your hands releases the mind from the more mundane and automatic reactions we have to almost every object we pick up.

Founder of Stoned Crystals, Ashley Bellino, was raised in the inner city suburbs of Melbourne and comes from a modern family and home. Ashley’s first start-up was a jewellery label that led her to the discovery of crystals. Ashley felt like crystals had so often been boxed as ‘hippie’, misunderstood and undervalued by mainstream. 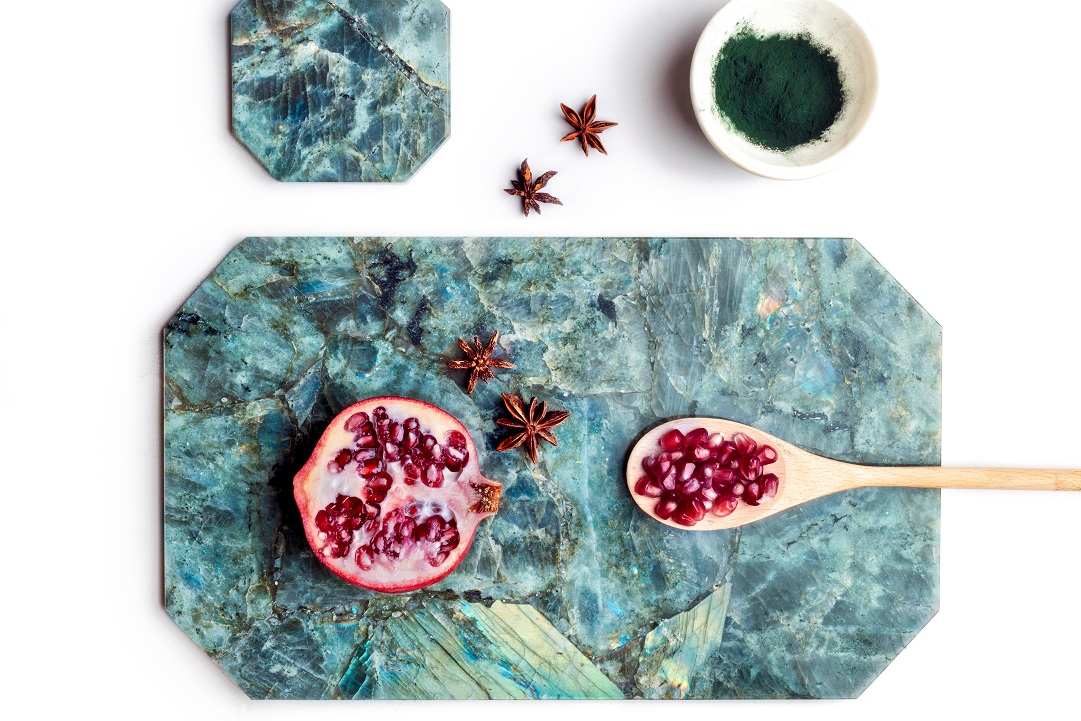 Stone Crystals aim to demystify crystals; how they work and how we can incorporate them into the modern day life style. 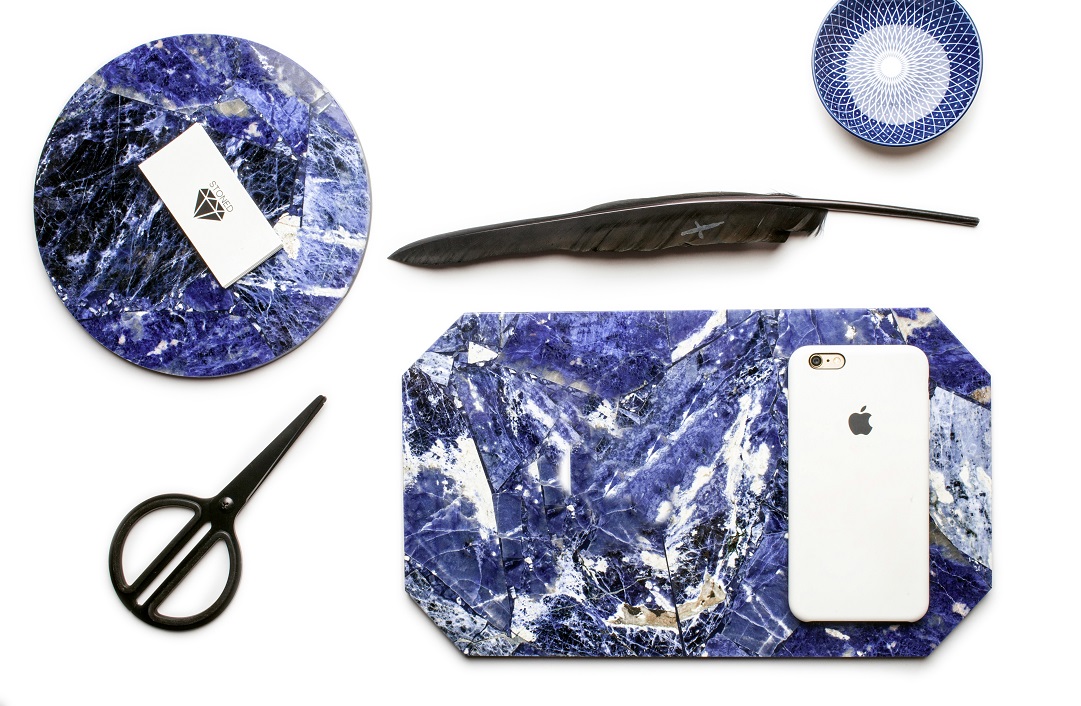 Since entering the styling scene, Stoned Crystals has been transforming work, home and headspaces around the country with their unique GeoGems Collection consisting of 5 unique geometric shaped crystals. Providing a fresh and modern take on crystals, Stoned Crystals offers unique products that test the conventional use of crystals and their new and exclusive Crystal Crush Collection is a continuation of their journey to provide fashionable and functional natural styling pieces for the home or office. 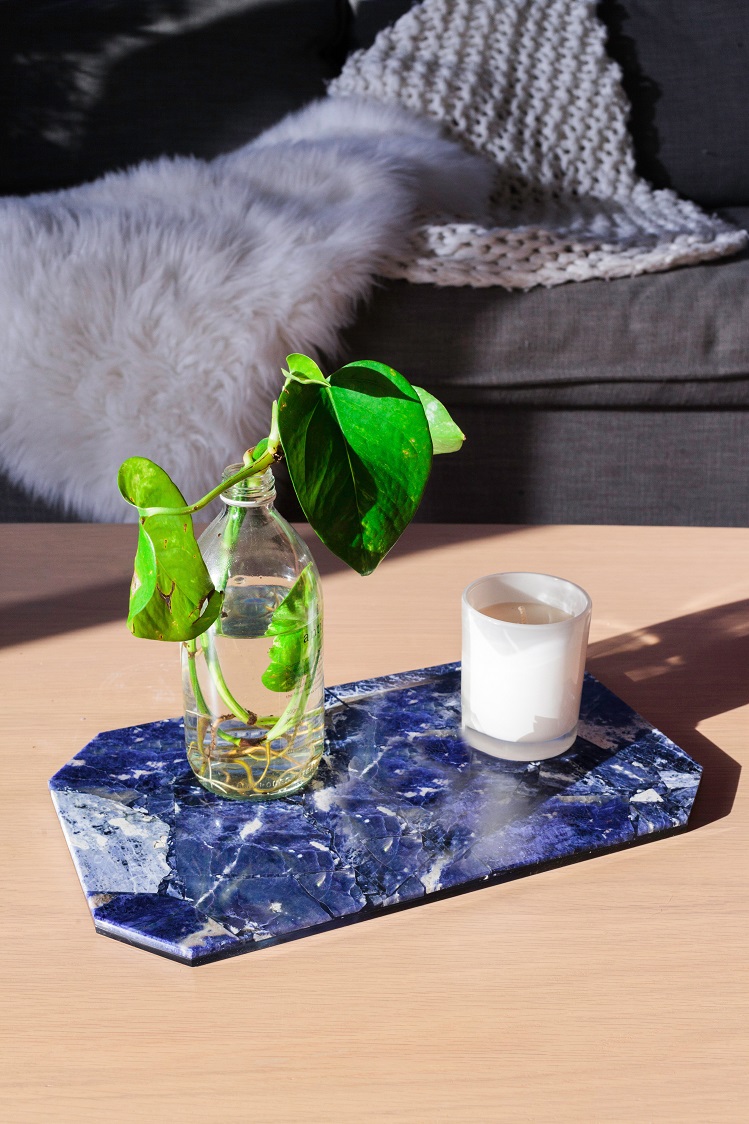 Obsessed with the concept of fusing crystal, light and ritual the Crystal Crush Collection adopts the innovative technique of bonding Grade A quality crystal sheets with a premium glass backing to produce a range of high-end designer trivets, trays and platters that are practical, functional and stylish. 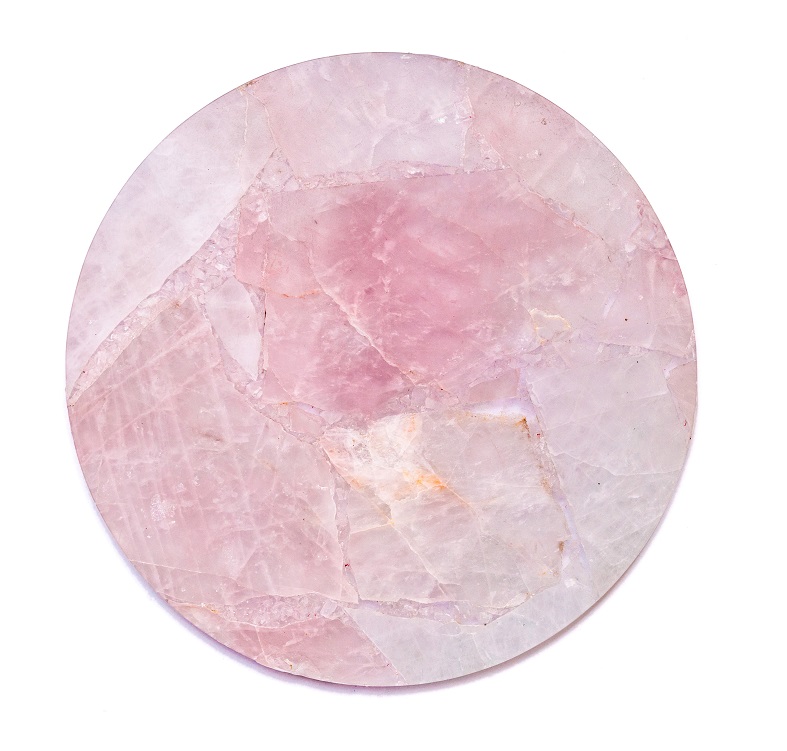 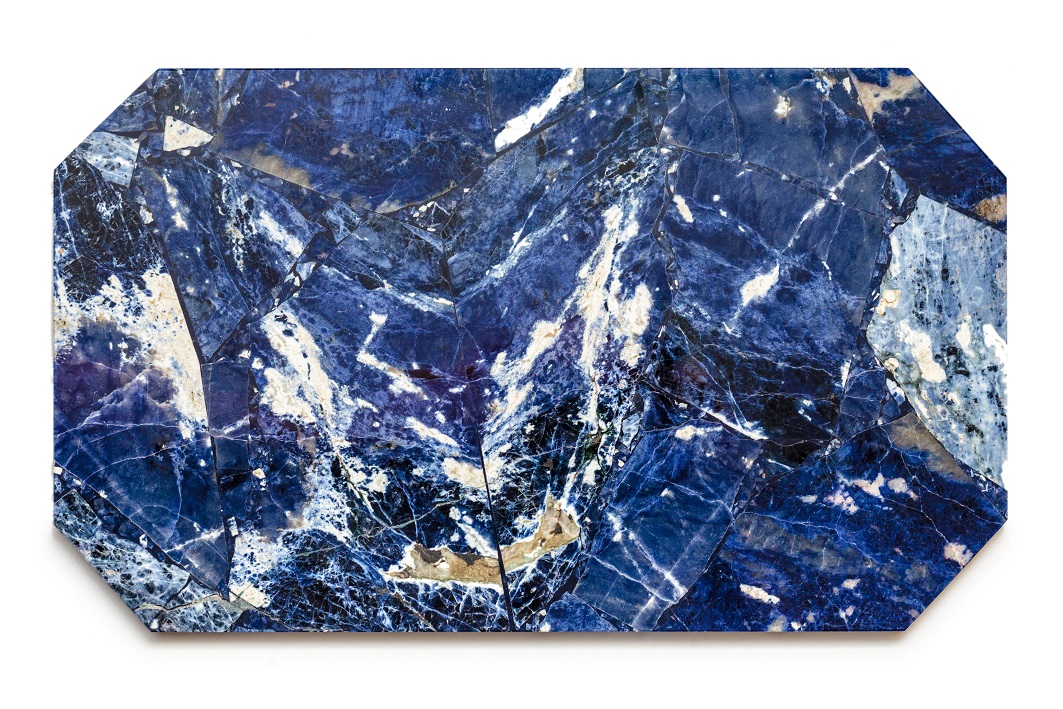 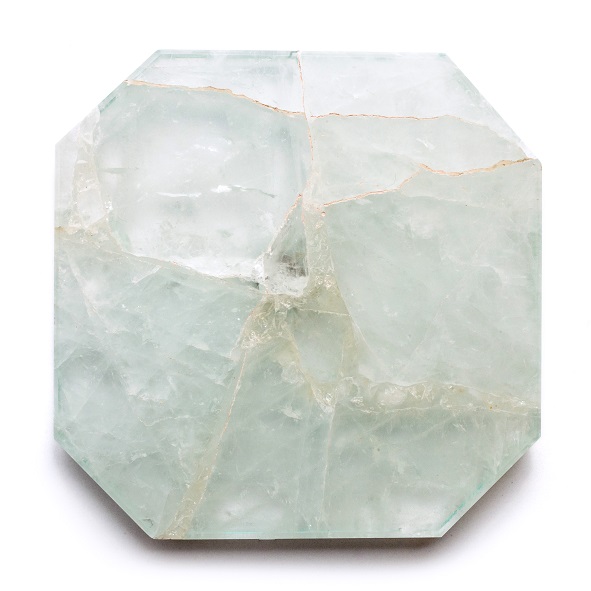 The gorgeous Collection includes square trivets, circle trays and rectangular platters available in Clear/Smoky Quartz, Labradorite, Sodalite and Rose Quartz. Recognised for their groundbreaking design and unusual colour spectrum, each platter in the collection is beautifully unique in pattern formation and crystalline composure. 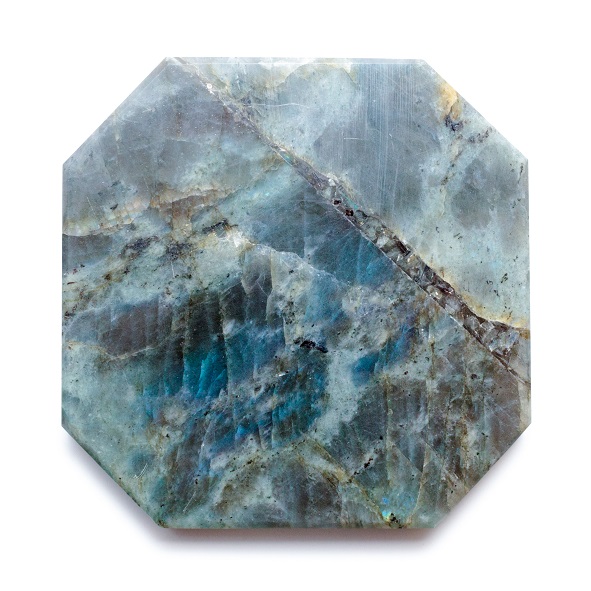 The Labradorite in particular has the composition of a ‘flash’ running through the crystalline veins that has the colours of peacock feathers that change from gold to blue and green to purple, depending on the reflecting light. The Sodalite Collection is also very striking with a deep royal blue base and the most magnificent white cracked markings.