London, ENGLAND: John McEnroe swapped his role as a Wimbledon commentator for chauffeur car driver, as the all-time tennis great surprised two unsuspecting Wimbledon fans with an unforgettable journey to The All England Club. 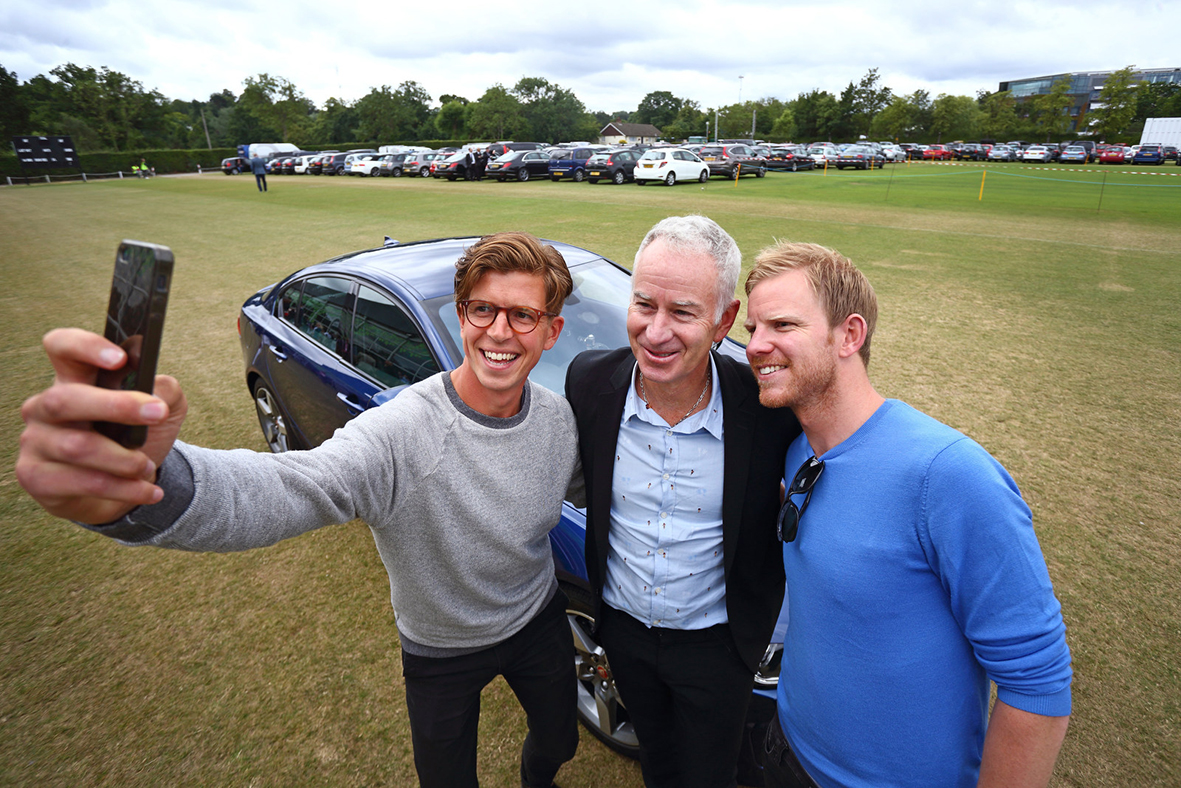 John McEnroe swapped his role as a Wimbledon commentator for chauffeur car driver today, as the all-time tennis great surprised two unsuspecting Wimbledon fans, Tom Payne and Nick Webb, with an unforgettable journey to The All England Club.

McEnroe surprised tennis fans Tom Payne and Nick Webb, who were selected to take part in the Secret Chauffeur stunt and offered a VIP trip to Wimbledon as part of Jaguar’s #FeelWimbledon campaign. On route to Wimbledon, the real chauffeur jumped out the car to be replaced by John McEnroe as he took hold of the wheel and personally drove the two unsuspecting fans down to The Championships, Wimbledon.

Jaguar is using cutting-edge sociometic, biometric and atmospheric sensors to analyse and celebrate the unique spectrum of emotions associated with the world’s number one tennis tournament.

Results from the wearables, which are measuring the heart rate of selected fans every day during Wimbledon, shows both Payne and Webb’s heart rate increased dramatically when McEnroe switched as their driver. When McEnroe was revealed, Tom Payne’s biometric wearable device showed his excitement and heart rate which increased by 60.3 per cent to 93 bpm. It continued to rise as the fans quizzed McEnroe on his thoughts about Murray’s chances to win a second Wimbledon title, and posed for photographs with the American tennis legend outside the famous gates to the world’s premier tennis tournament.

Before resuming his media duties for the day, McEnroe, said: “I was very happy to be part of this creative stunt with Jaguar. This is the greatest Grand Slam of them all, both in the eyes of the players and fans, and the surprise on Tom and Nick’s faces when I got in the car shows just how excited the fans get at Wimbledon.” 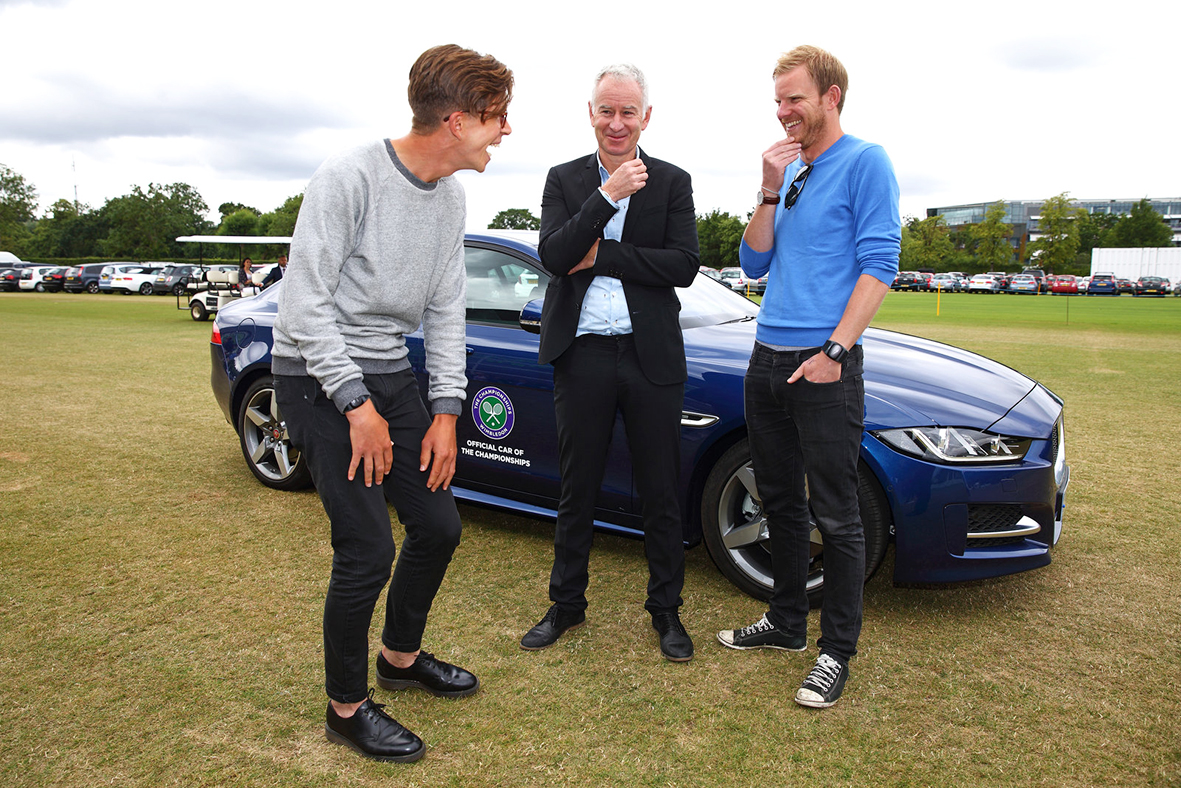 Tom Payne said: “I thought I was just coming to Wimbledon to watch the quarter finals and enjoy the atmosphere, but to be driven there in style by the legend John McEnroe was incredible. It was an awesome surprise!”

Nick Webb added: “I think my reactions say it all! Walking into Wimbledon with McEnroe was something I’ll never forget. Thank you to Jaguar for such a brilliant start to our day at Wimbledon.”

Every day during Wimbledon, tennis fans can access live updates of the mood and crowd emotions down at SW19 across Jaguar’s UK social media channels by visiting www.feelwimbledon.co.uk.
The Championships, Wimbledon 2015 runs July 12, 2015.