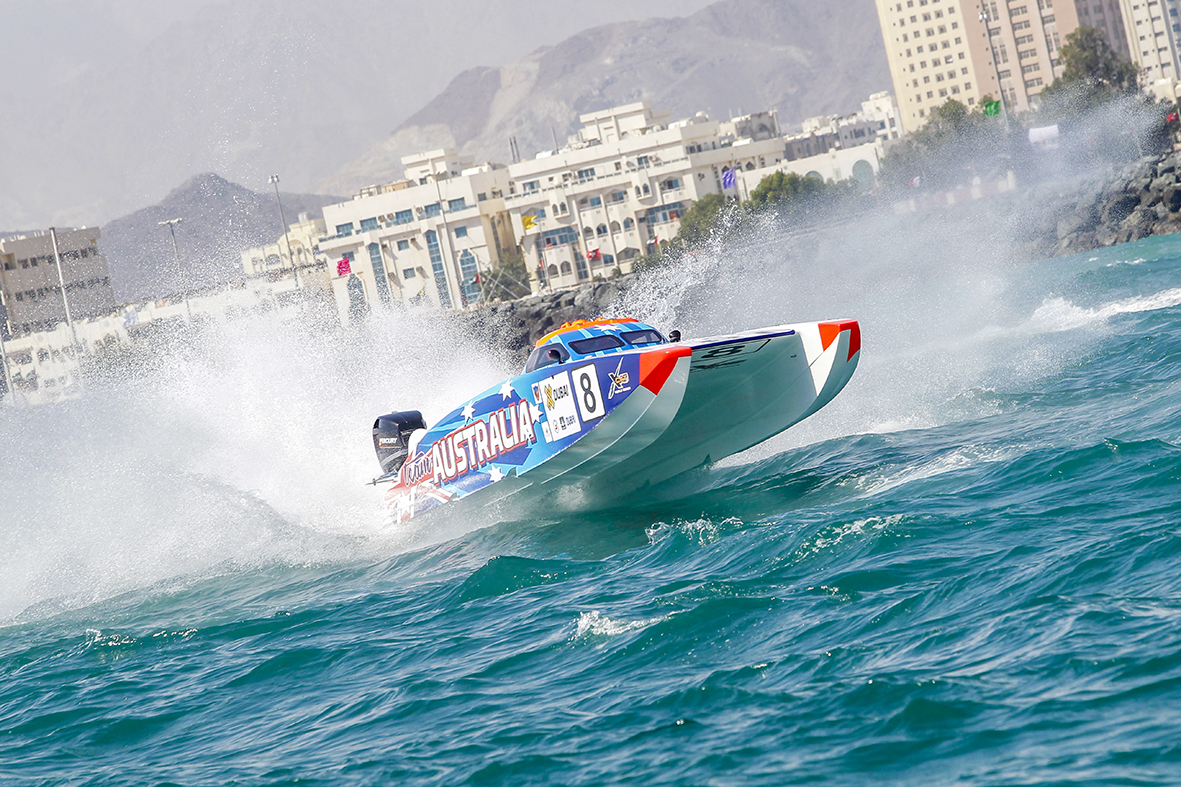 Gold Coast, Australia: Home fans had plenty to cheer about after the race for Pole Position at the XCAT Gold Coast GP at Doug Jennings Park today.

Racing for the top starting spot in the fourth round of the UIM XCAT World Series, the local Gold Coast Australia team of Tom Barry-Cotter and Ross Willaton recorded the third fastest lap of the qualifying session. That means they’ll start tomorrow’s Gold Coast GP in the top starting gate. 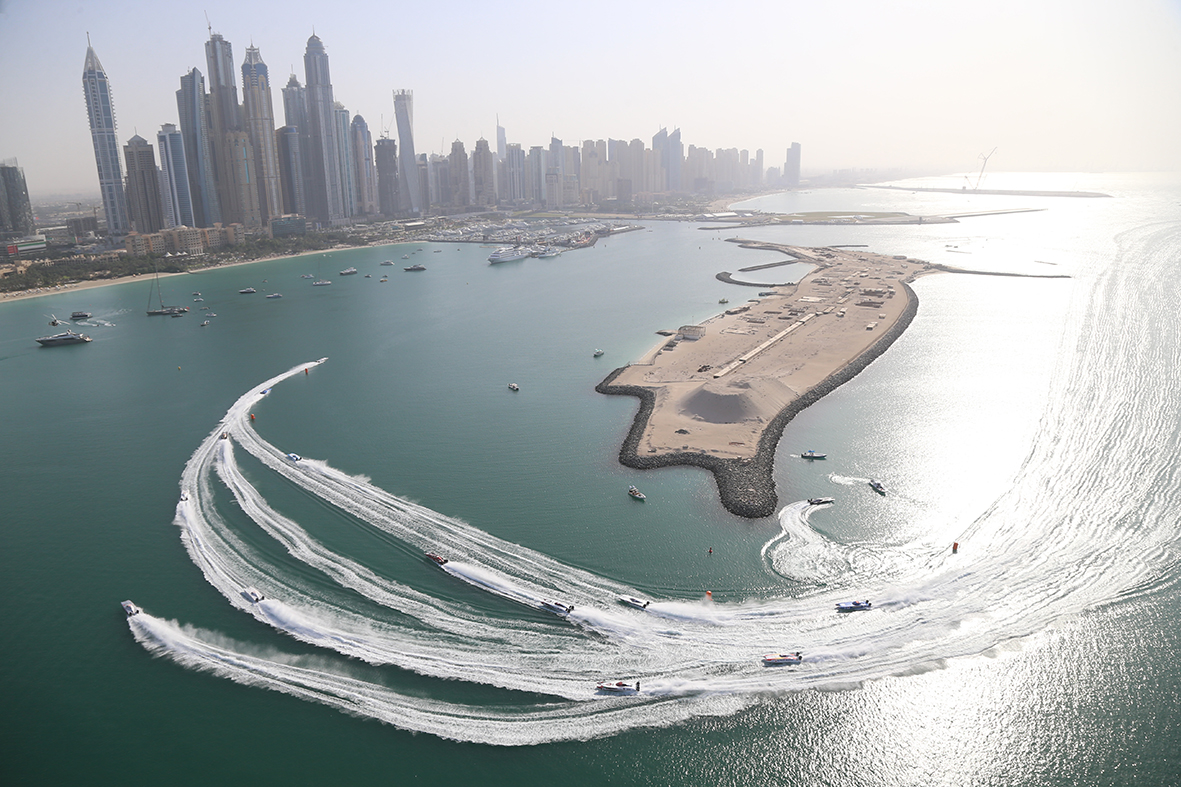 “We’re very thrilled with the result in our first time out in an official qualifying session,” said Barry-Cotter after recording a fastest lap of 3:06.54.

“To be on the podium is something that wasn’t even a goal really, it was only to be in the top five. I’m absolutely ecstatic with the result. We’ll be in the front row tomorrow with only two boats inside us for the first turn, it will be a good advantage going into the race,” added the Gold Coast local. 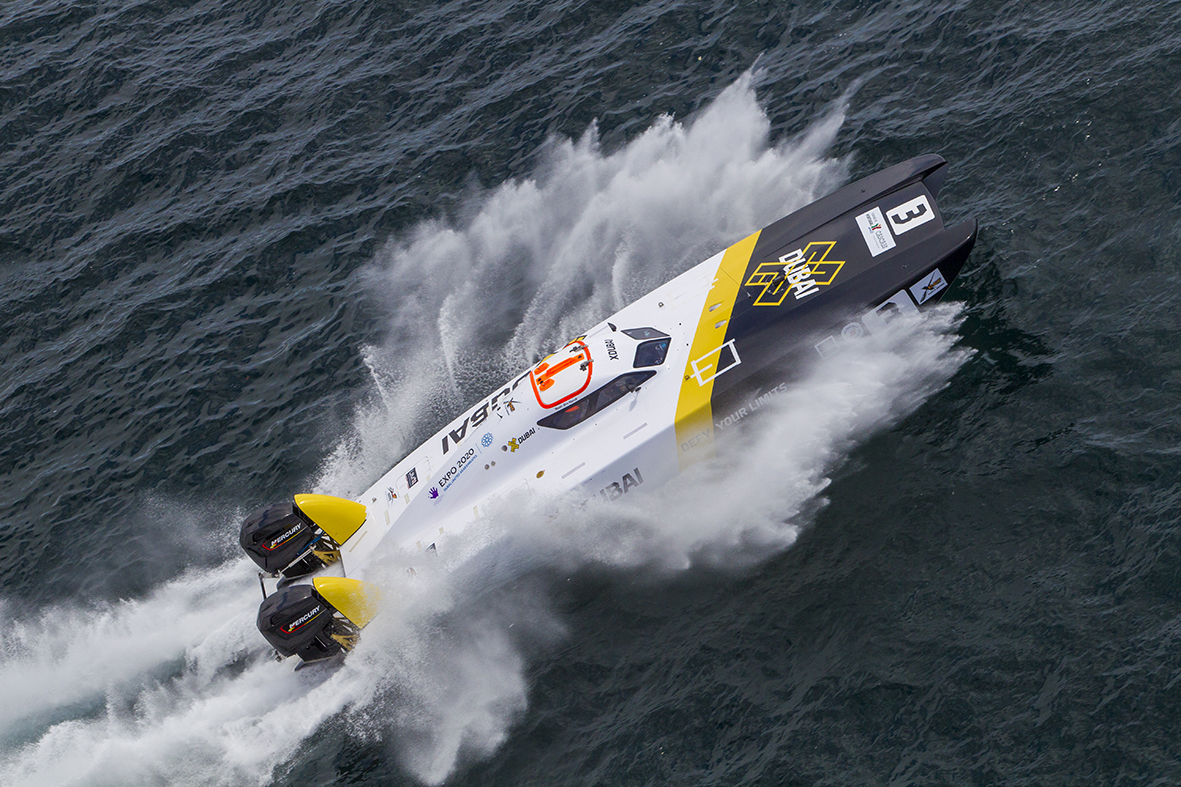 XCAT World Series leaders, XDubai (Arif Al Zaffain and Nadir bin Hendi), will start the race in top spot after mastering the waves to record the fastest time of the day. Their lap of 2:58.51 was just over four seconds quicker than second placed Team Abu Dhabi (Rashed Al Tayer and Faleh Al Mansoori).

“The waves you get outside have a big impact on your body,” explained Bin Hendi. “You can’t see the waves so you can’t predict – when there’s a wave, there’s another one in front of it. You can’t see them coming and then there’s a big hole in the front so it’s a shock impact. But it’s fun, it’s challenging – we’ll see what happens tomorrow. 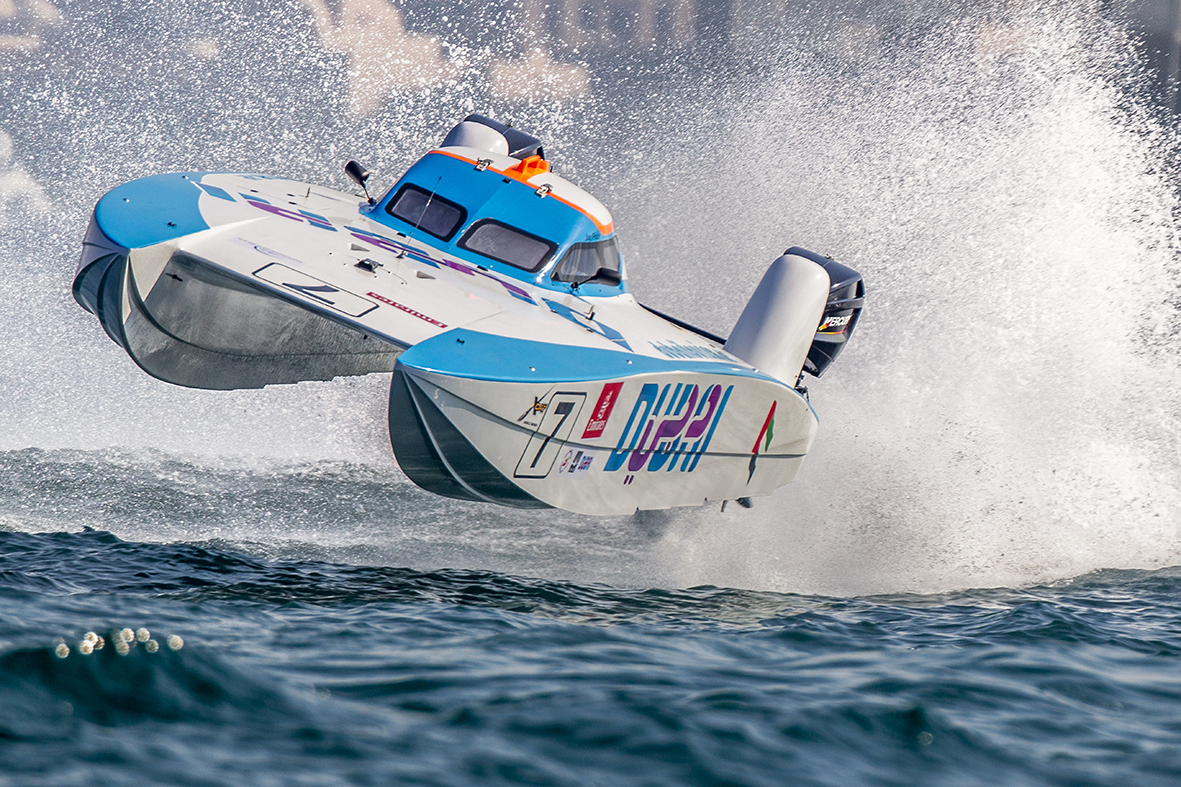 “Whenever we go out in the boat we always think of being number one and doing our best and that was how it was today. Tomorrow is another day. We’ll have another set-up to today because today it was only about speed and tomorrow it is about racing,” he added.

The race course for Pole Position was amended slightly due to the rough ocean conditions. Team Abu Dhabi were thrilled with the massive waves, however. 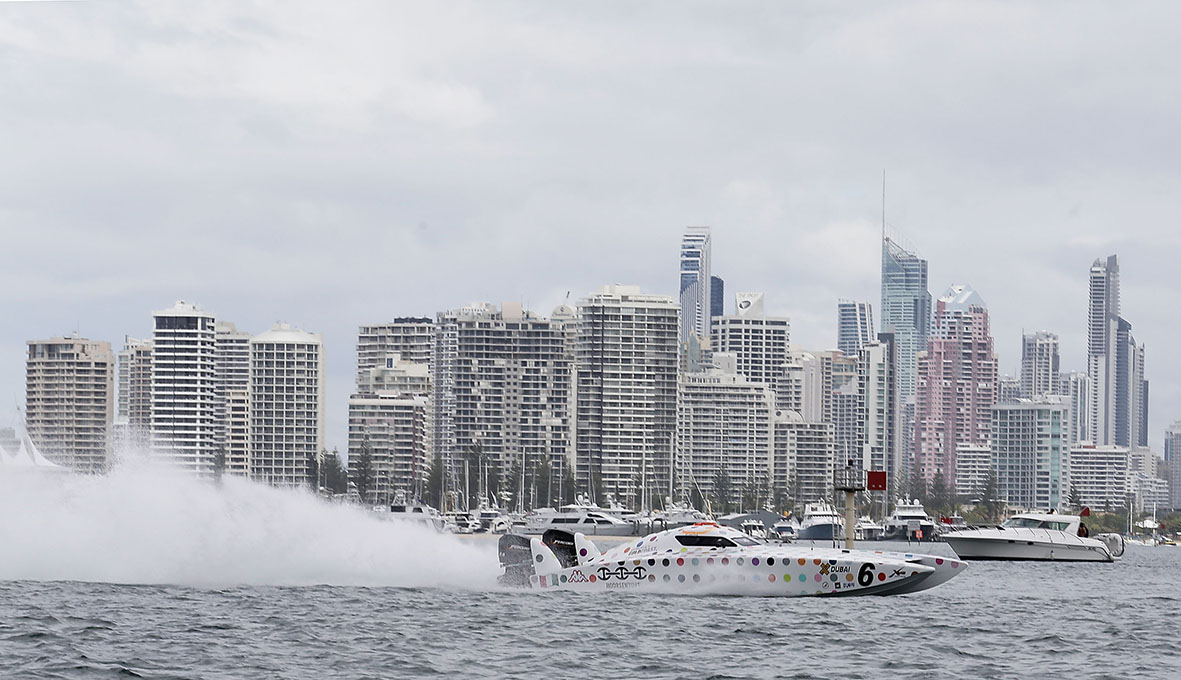 “We are very happy with second place because that means there’s a very good opportunity to change our position in the race,” said Rashed Al Tayer.

“Yes, it will be a rough race and waves but that is a lot of fun. Our boat is very good in these conditions – very stable so we are very confident for tomorrow. 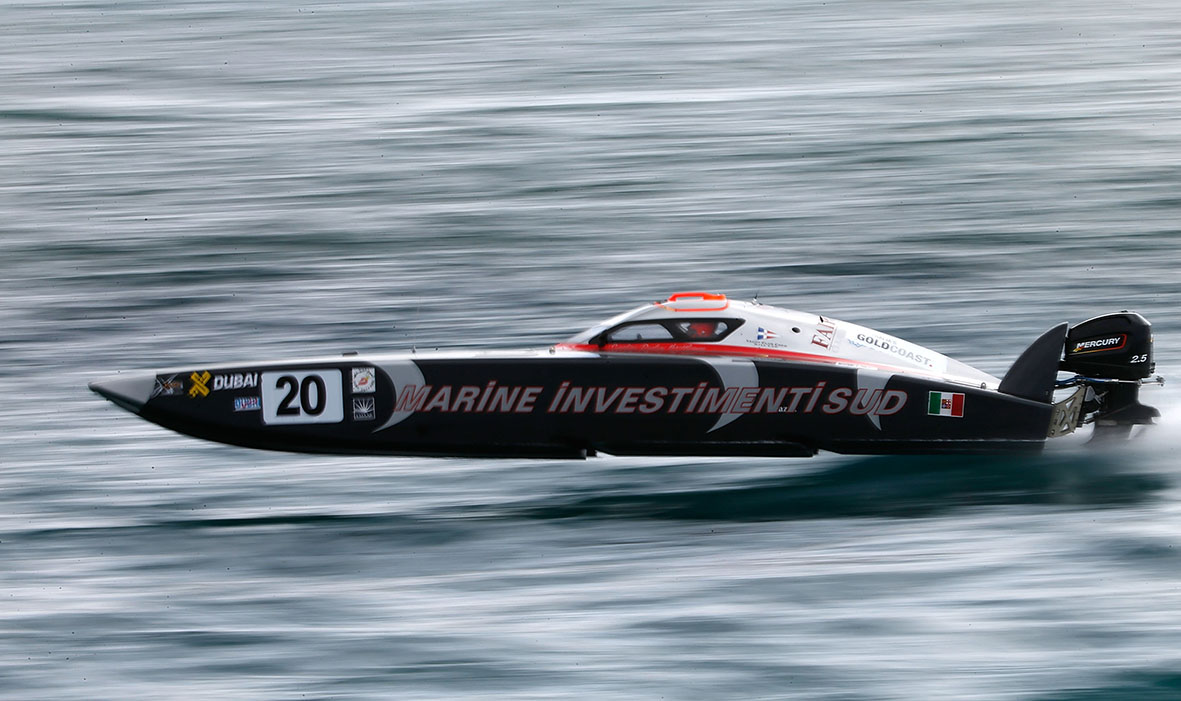 His teammate, Faleh Al Mansoori, added: “Most important for us tomorrow is to keep calm from the start and wait for any chance to jump in front later on in the race.

“Today was a rough race. Inside we were excited when we heard the waves were 6-8ft. We really enjoyed it.” 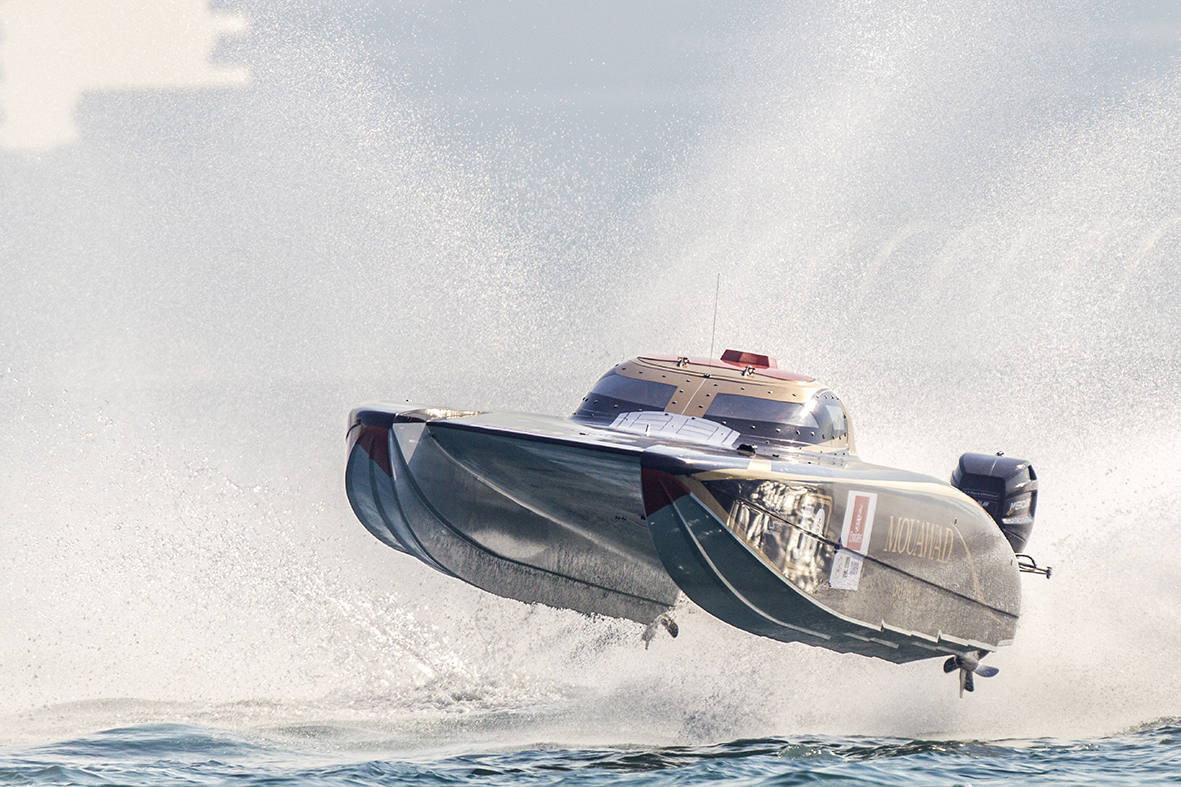 XCAT racing continues this afternoon with the thrilling head-to-head Dubai Duty Free Speed Cat Run. TV coverage of all the action is being broadcast live to 450 million homes around the world, while fans can also catch the racing via live streaming.