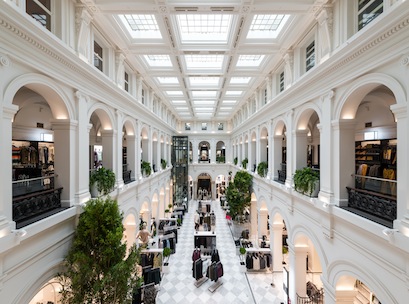 Having just set a date for its first store opening in Perth, H&M has confirmed it will launch its first store outside Melbourne’s CBD in Eastland as part of the centre’s $665m redevelopment later this year.

Eastland shopping centre in Ringwood, Victoria, is undergoing a $665 million transformation and once finished will offer 131,000sqm of retail space and more than 350 specialty stores one being the popular shopping destination H&M.

More big names in international and Australian fashion will open stores in the centre, which will be announced in the coming weeks. Stage one of the development will launch in late 2015, with stage two due for completion in mid-2016