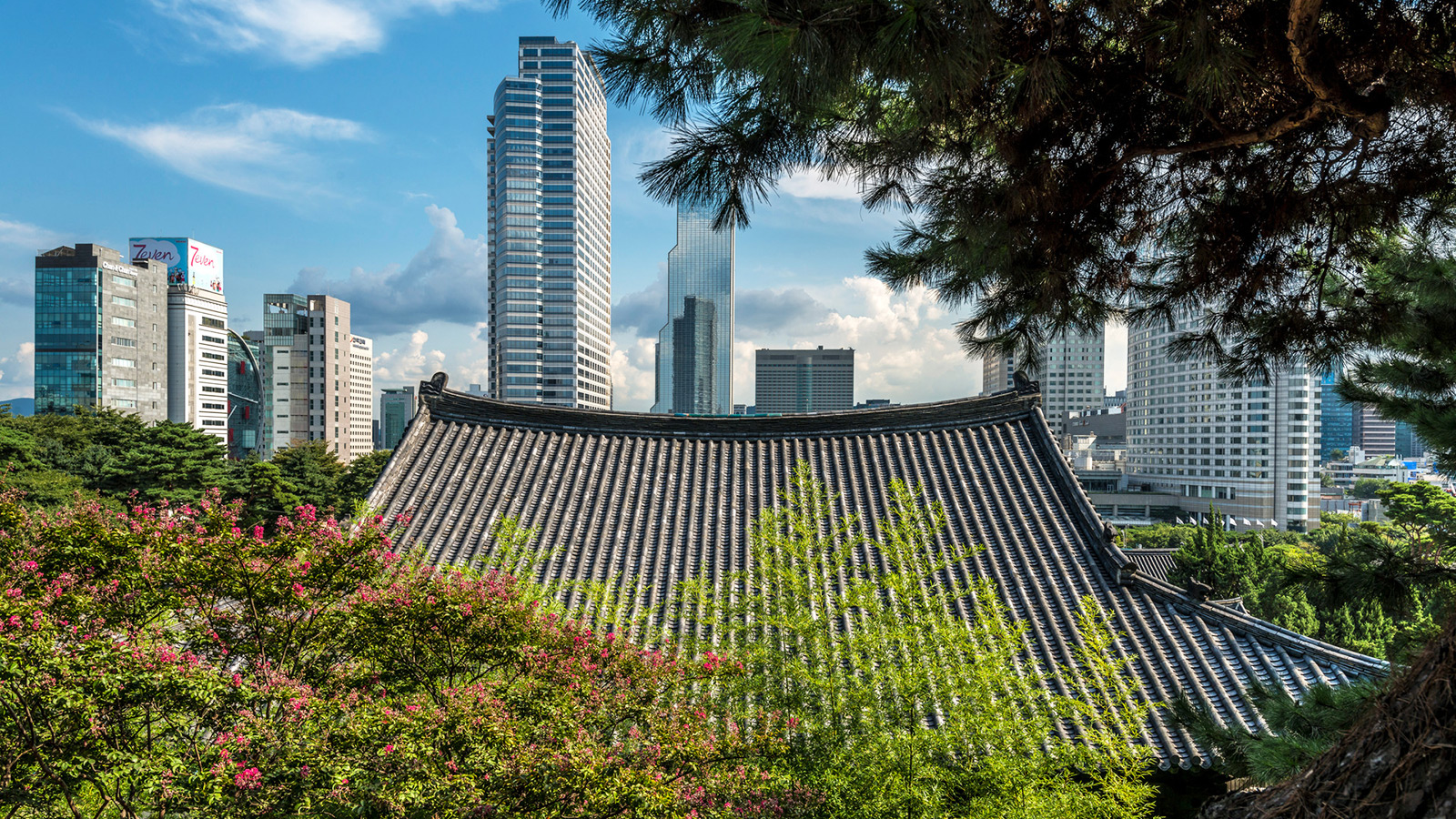 Seoul, Korea: Constantly surprising, always captivating, Seoul is a city of contrasts, where deep tradition lives in harmony with innovative technology and leading-edge fashion, imaginative pop culture and fiery food, trendsetting style and a playful attitude. Now, in the heart of it all and welcoming the world for the first time, is the new Four Seasons Hotel Seoul.

“Seoul has emerged as one of the most exciting, inventive and inspiring cities in the world, and Four Seasons is right in the centre of the energy,” said general manager, Lubosh Barta, who oversees the 317-room hotel, an eclectic collection of seven unique restaurants and bars, a three-story spa and fitness complex, and more – all at one Four Seasons address. 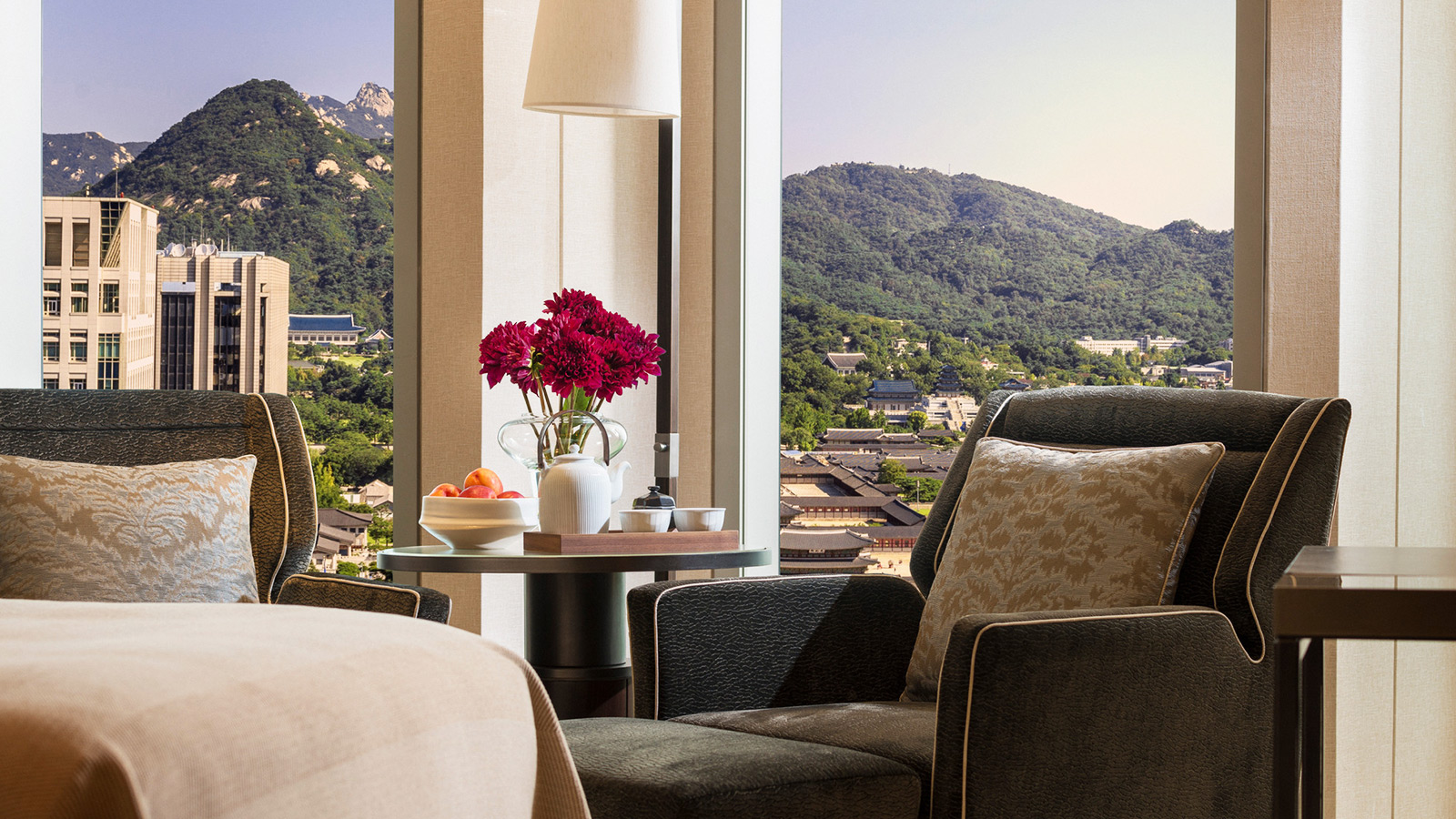 Four Seasons Hotel Seoul invited some of today’s most creative minds into a world of possibility guided by an unwavering commitment to quality, and the result is truly extraordinary. Sensory delights abound from the finest textures and finishes to the carefully chosen music in each area of the Hotel and the signature scent created exclusively for Four Seasons by Lorenzo Villoresi Firenze. 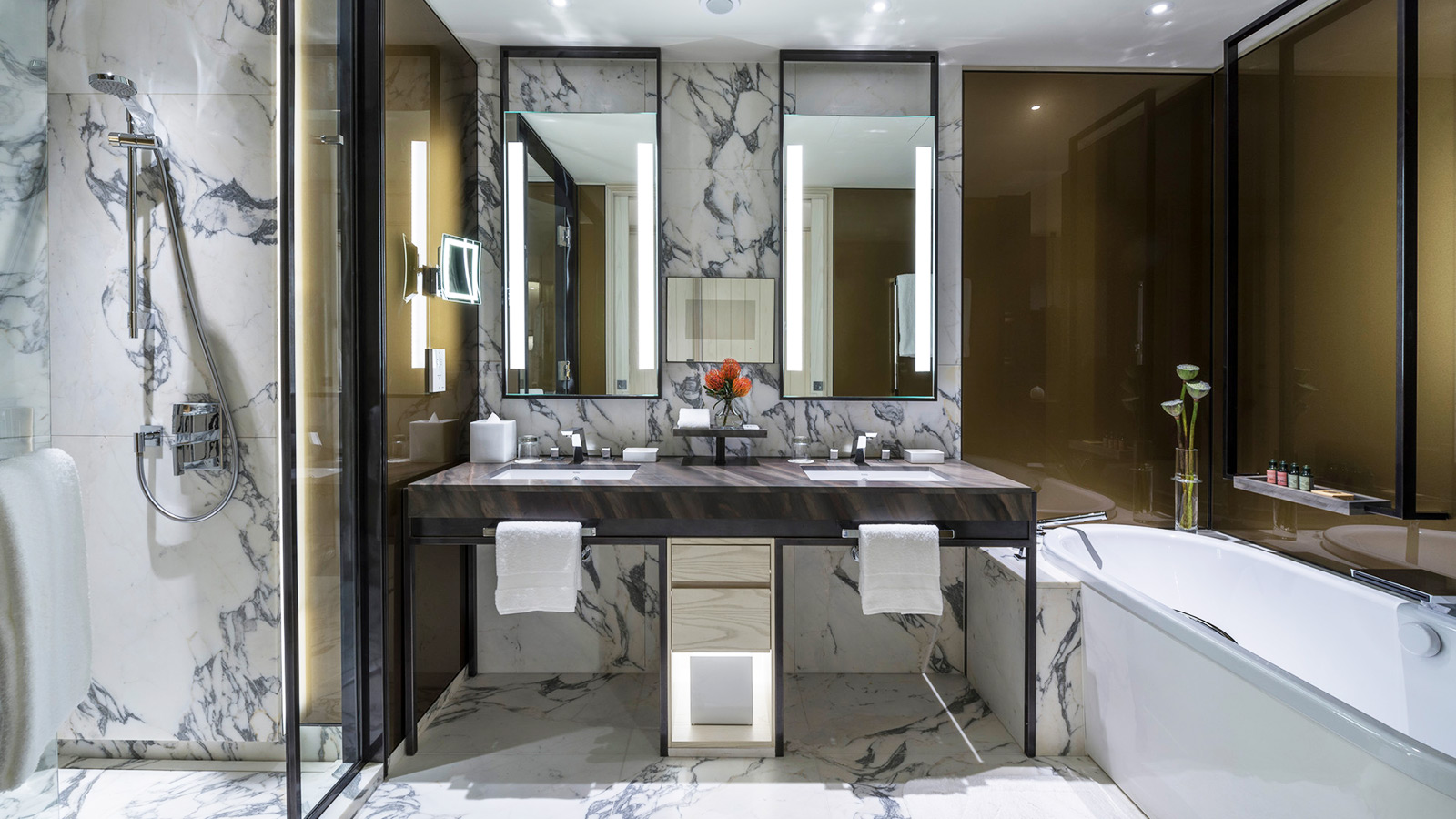 In 317 rooms and suites, guests will find a private sanctuary for rest and relaxation. The new, fully customisable Four Seasons Bed is in every room, and thoughtful features include motorised window coverings that allow guests to instantly choose between complete darkness, veiled natural light or crystal-clear vistas across the city – including unobstructed views of Gyeongbok Palace and the landmark N Seoul Tower from selected suites.

The look is a modern reflection of Korean tradition, with light-filled spaces and every modern convenience at hand. More than 160 contemporary artworks feed the soul, while attentive Four Seasons staff ensure every need and want is met. 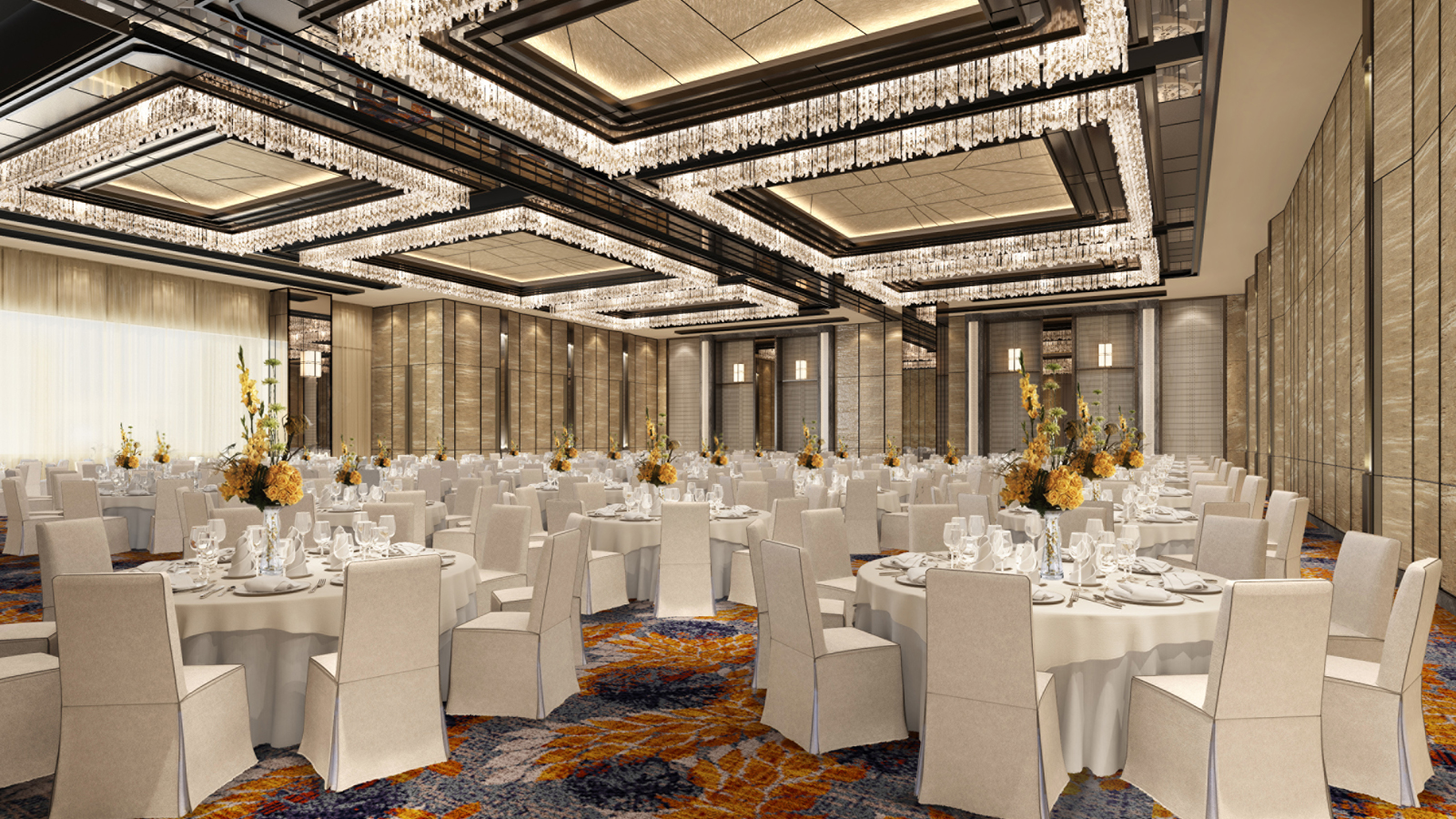 Each new restaurant and bar is a destination unto itself, with one-of-a-kind concepts and menus created by an international culinary team led by Executive Chef Ralf Dohmeier. 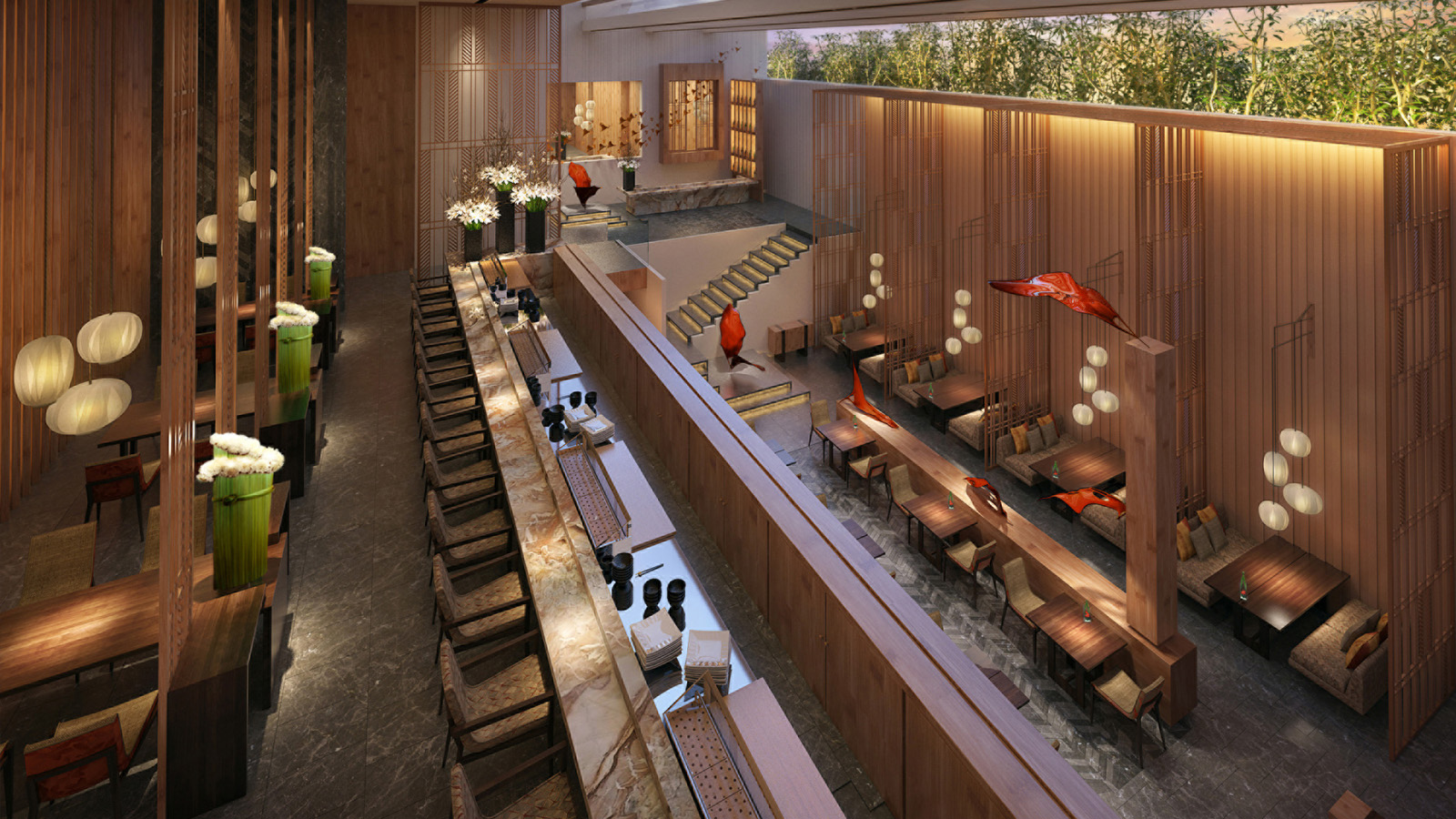 With Chef Loris Pistillo at the helm, Boccalino and the adjoining Bar Boccalino present a complete rethinking of the traditional Italian restaurant. At Yu Yuan, Chef Simon Wu’s culinary vision is on the menu in a space inspired by 1920s Shanghai. Chef Sawada Kazumi brings his precision skills to the three-story Japanese restaurant Kioku.

In The Market Kitchen, diners are transported to a European-style market hall with myriad cooking stations manned by Chef Matthieu Moles and his team. Christopher Lowder is behind the bar at Charles H., the modern interpretation of a Prohibition-era speakeasy that promises to be Seoul’s best destination for spirited gatherings. At Maru, Four Seasons Hotel Seoul welcomes the world to its very own living room for dining, drinking and socialising. 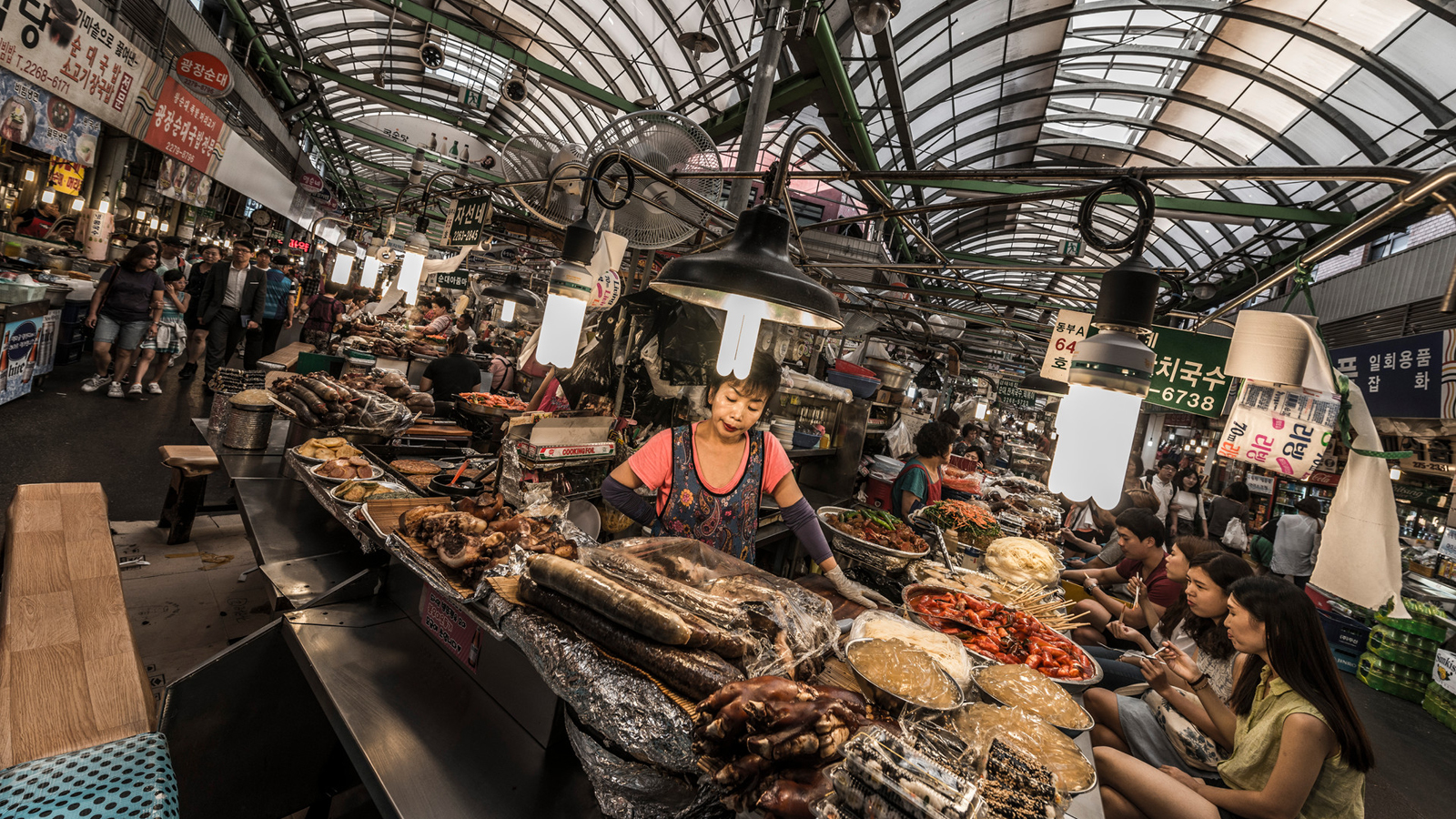 Yu Yuan and Kioku are designed by interior architect André Fu and his design studio AFSO; Boccalino, The Market Kitchen and Charles H. are designed by AvroKO; and Maru is designed by LTW Designworks, who also created the public spaces and guest rooms at Four Seasons Hotel Seoul. 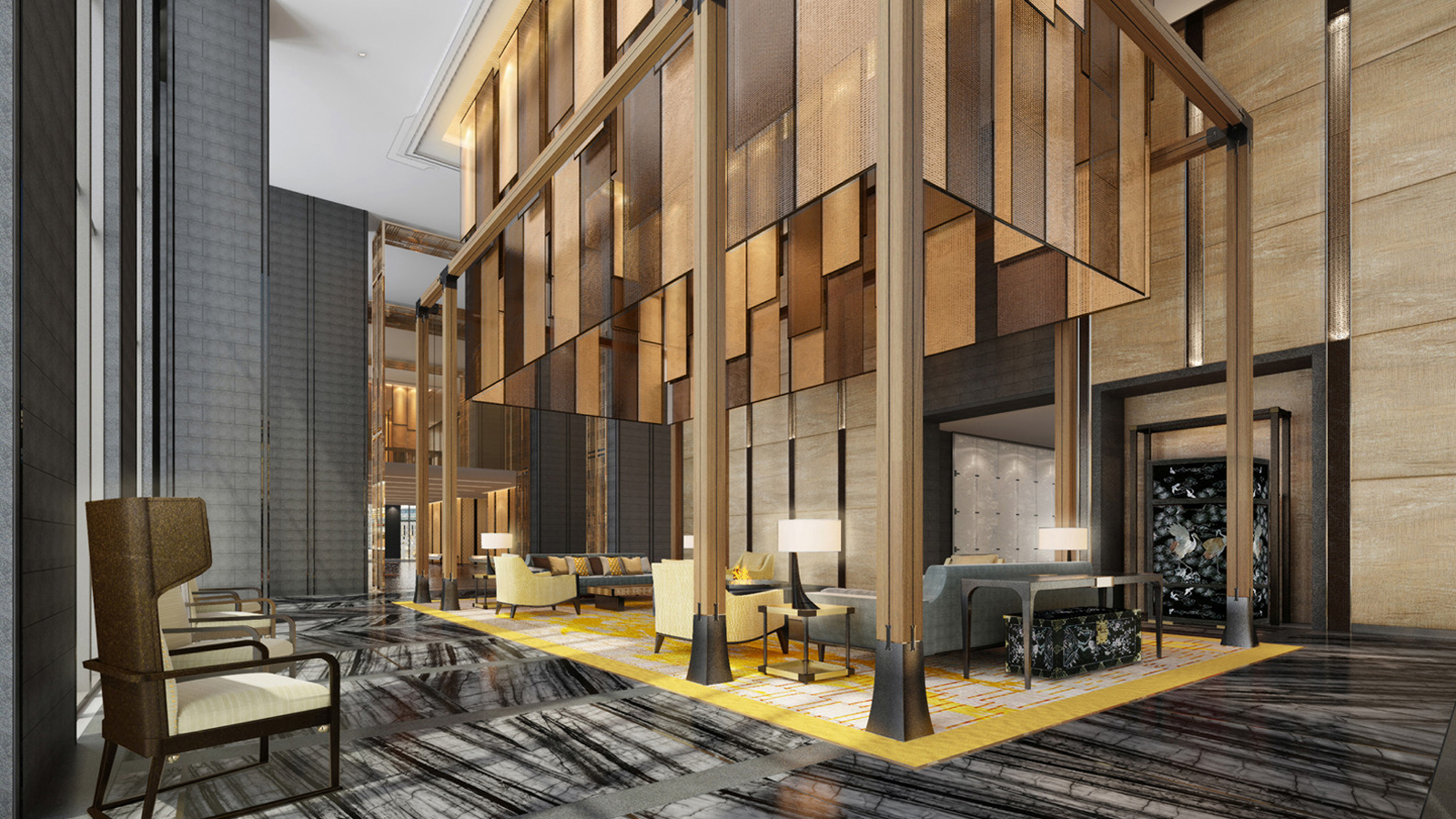 In a culture obsessed with wellness and beauty, Four Seasons introduces a new sanctuary of total pampering for local guests and world-weary travellers. Signature treatments at the Spa at Four Seasons include the indulgent three-hour My Present of Beauty, the Miyeok Slim-Steam Wrap and the Um Yang Ritual, a botanical cure using herbs found in the ancient healing bible Dongui Bogam. Guests are also encouraged to enhance treatments with time in the Korean sauna for maximum effect.

And there’s a special surprise for those booking a massage: the Mask Bar, offering a choice of Fedora facial sheets to be applied during the treatment. At the Nail Bar, a full menu of manicures and pedicures includes expertly applied Nail Art by the Spa’s artist technicians. 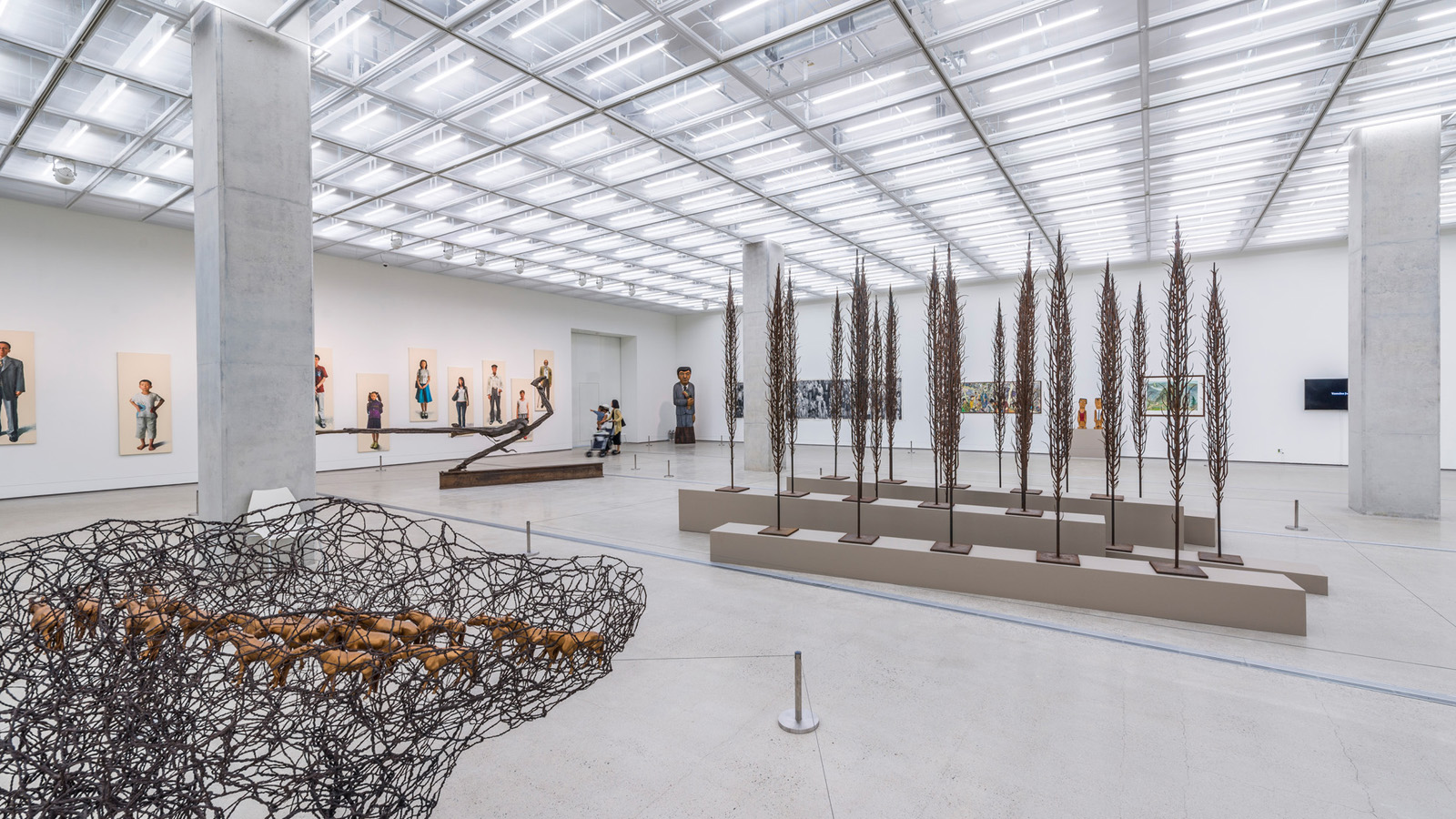 For local professionals and business travellers, the Spa + Snack menu combines 30-minute mini-treatments with an express lunch for midday rejuvenation. 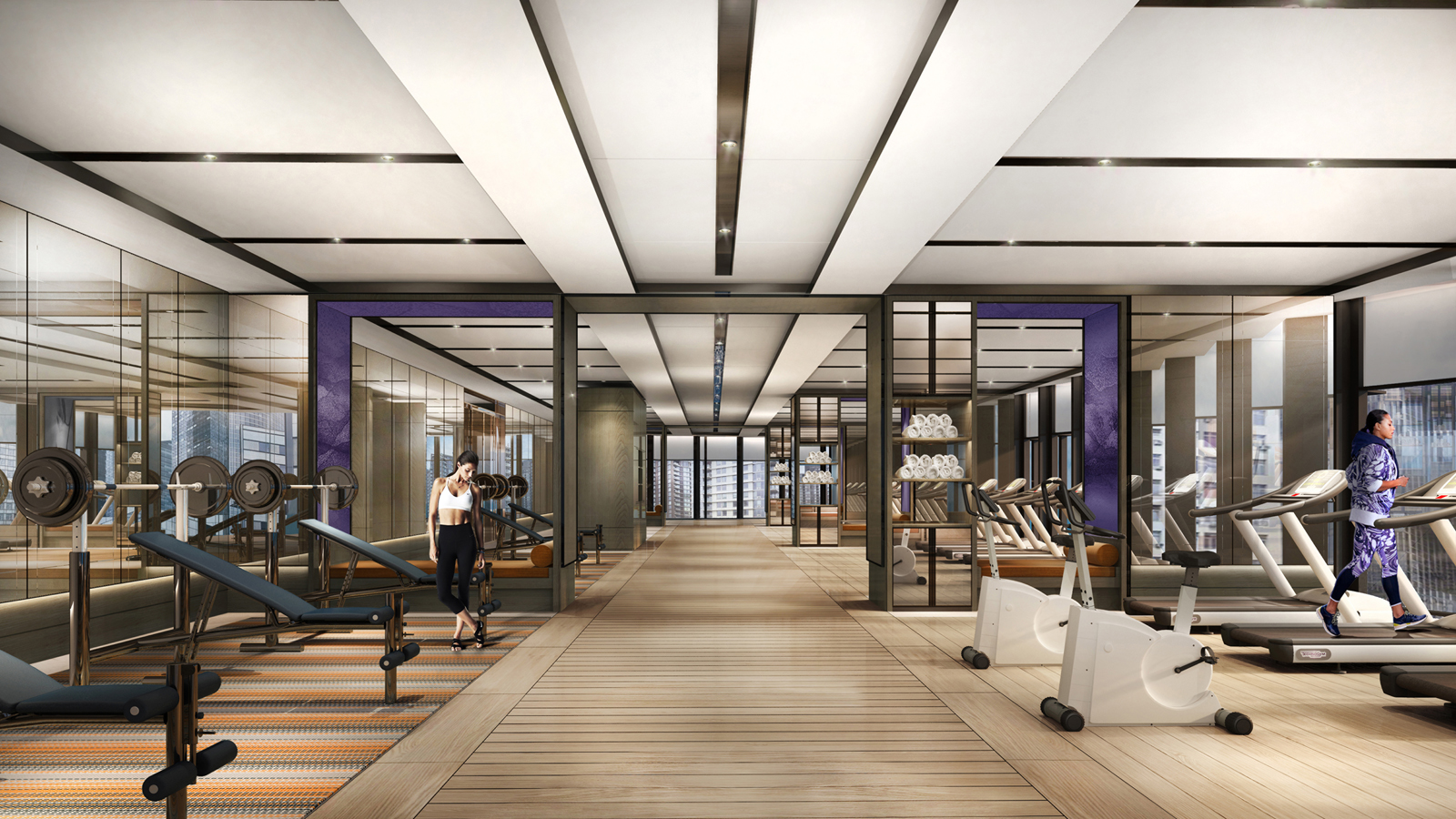 In all, Four Seasons Club Seoul encompasses 5,800 square metres (64,430 square feet) of space across three floors dedicated to health, fitness and socialising for the exclusive use of a very limited membership, and guests of Four Seasons Hotel Seoul.

With flexible rooms accommodating parties from 10 to 500, the Hotel’s event spaces are naturally-lit and feature gracious decoration and state-of-the-art technologies. Attentive Four Seasons staff work hand in hand with event hosts and meeting planners at every stage, from the initial planning to the execution of every detail to perfection. 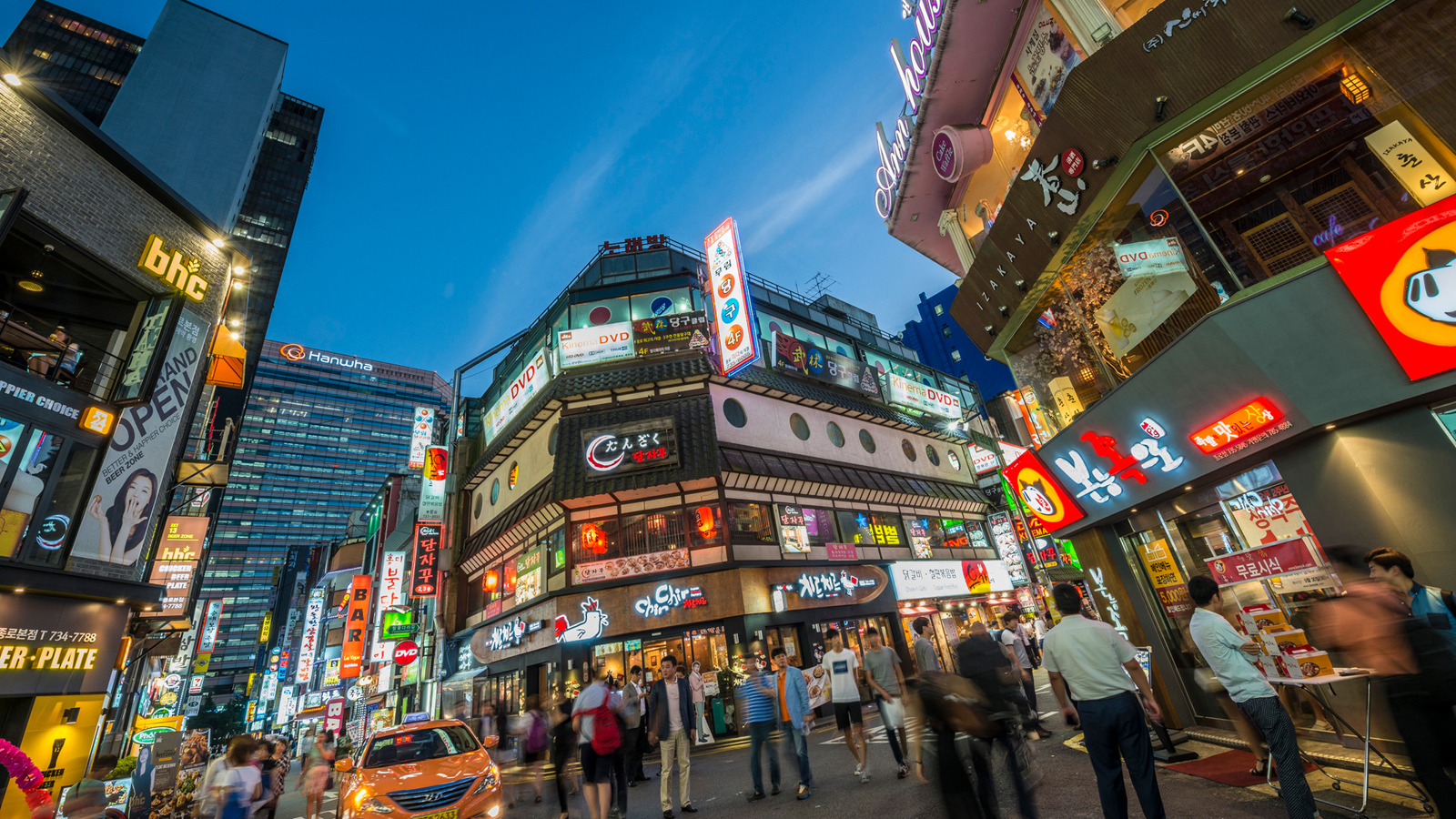 In addition to a selection of packages, Four Seasons presents its signature personalised service to couples and their families who wish to create a one-of-a-kind, fully customised wedding. With five beautiful spaces to choose from as well as a traditional Korean pyebaek room, brides and grooms can create a tailored event with the assistance of expert Four Seasons wedding specialists.

Event hosts will also have access to the Hotel’s florist Nicolai Bergmann.

Be among the first to experience the newest Four Seasons:  In celebration of its grand opening in Seoul, Four Seasons is extending a special Opening Offer, as well as a Bed and Breakfast package. 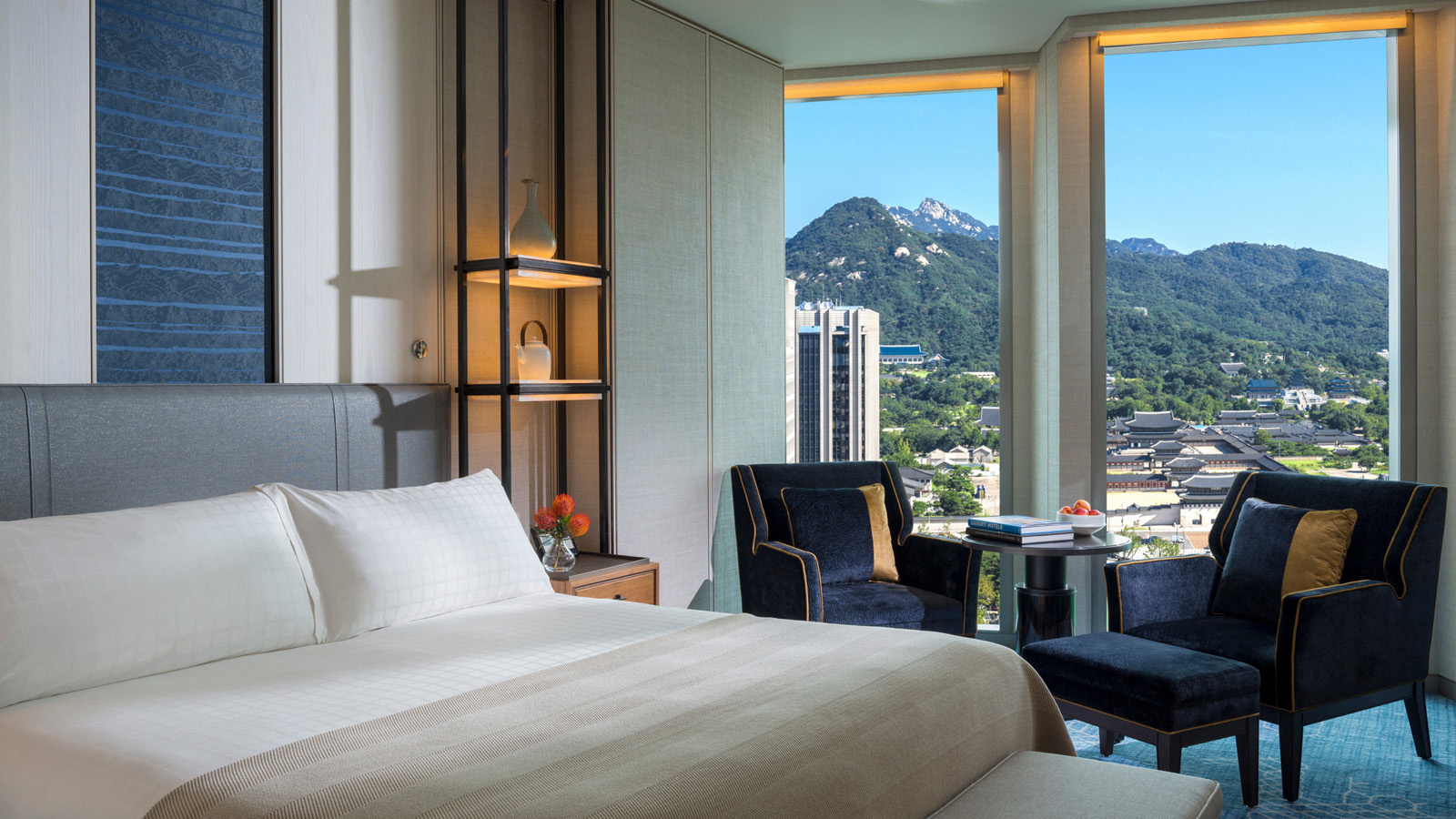