London, England: Getty Images Gallery has announced its latest exhibition titled  ‘Grit and Glamour’, in association with The Elizabeth Taylor Trust and The Elizabeth Taylor AIDS Foundation (ETAF). The major photographic exhibition marks 30 years since the iconic actress first began her pioneering role in the fight against HIV/AIDS. 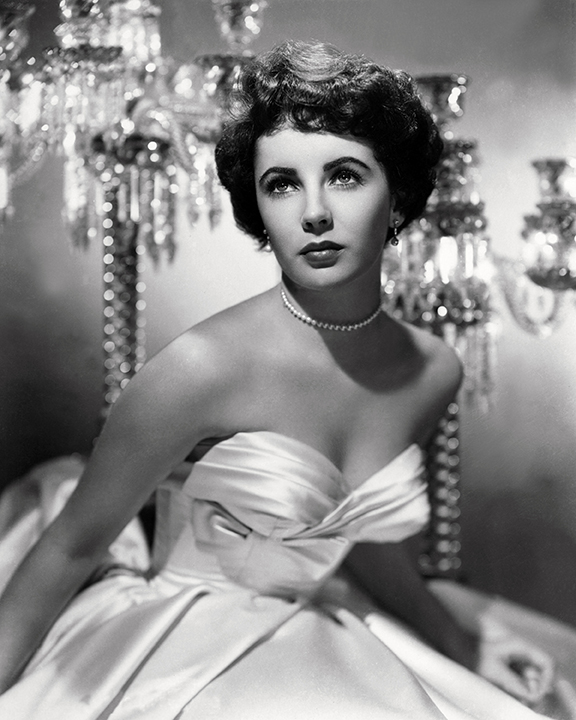 A timeless figure of the stage and screen, Elizabeth Taylor possessed a rare and multi-faceted fame – a fame that spoke of her talent, beauty and tireless activism. The actress channelled her celebrity status into the humanitarian work to which she remained resolutely committed throughout her life. In the exhibition, the public can witness the journey of a life lived remarkably and the complexity that drives such unimaginable success.

Photographs on display and for sale will include never-before-seen images of the actress that span the decades of her legendary career, as well as a behind-the-scenes look into the life of one of the most photographed women of all time. With exquisite studio portraits, contact sheets and unguarded backstage shots, the exhibition is a photographic exploration of one of the most extraordinary women of our age.

Louise Garczewska, Director of Getty Images Gallery said: “We are delighted to partner with The Elizabeth Taylor Trust and The Elizabeth Taylor AIDS Foundation on this ground-breaking exhibition. Many of the images will not have been seen before and provide fascinating insight into an incredible woman. We hope the exhibition will raise much-needed funds for HIV/AIDS projects and ensure Elizabeth Taylor’s legacy continues.”

“It has been very special for me to look through these photographs spanning decades of my mother’s life,” said Ms. Taylor’s son, Christopher Wilding. “They remind me how special and unique it was growing up around her; life often took on the magical atmosphere of the traveling circus. But mom never ‘played’ the celebrity; she lived life on her own terms and was always true to herself. She had a keen sense of fairness, and she always sided with the underdog. She stood up for what she believed in.”

The images form a special limited edition and are available to purchase in a variety of sizes, framed or unframed. A percentage of the proceeds from each sale will benefit ETAF.

Joel Goldman, Managing Director of The Elizabeth Taylor AIDS Foundation said: “Ms. Taylor set up her estate so that 100 per cent of ETAF’s operating costs would be covered by her Trust allowing all donations to go directly to helping people living with HIV and AIDS. ETAF has awarded grants to nearly 700 organizations in 37 countries around the globe, including the Terrance Higgins Trust in London.”

The 50-piece exhibition is scheduled to tour various venues after London including New York, Los Angeles, South Africa and France.

The exhibition runs from 9 October to 7 November 2015 and admission is free. Getty Images Gallery is situated in central London, close to Oxford Circus. Opening hours are from 10.00am to 5.30pm, Monday to Friday and 12.00 to 5.30pm Saturday.