Many television programs such as Seinfeld with Kramer have made light of the kidney stone experience. Sure, they show someone in extreme pain, but they don’t refer to how serious a condition it can be.

Kidney stones, or renal calculi, are solid masses made of crystals which usually originate in your kidneys, but can develop anywhere along your urinary tract. They are small, hard, stone-like deposits of minerals and salts. At first, kidney stones may not cause many symptoms — symptoms first tend to appear when the stone begins to move around in the kidney, or when it enters the urethra to be excreted from the body with the urine. Though kidney stones typically don’t cause lasting damage, they are very painful to pass from the body — some may even be big enough to require surgery. Though there is no definite cause of kidney stones, there are several risk factors that make you more susceptible to developing them. Kidney stones are most common in older males, and in those with a family history of kidney stones. Obesity, dehydration and eating large amounts of protein, sugar and sodium can also increase your risk of developing kidney stones. 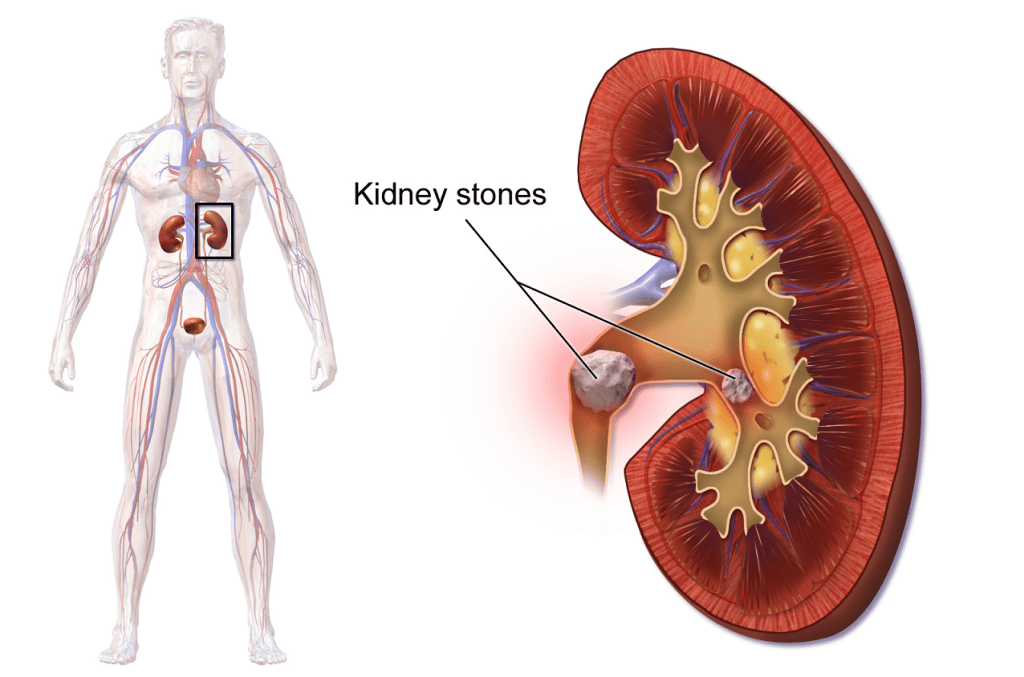 The most common form of stone is made of calcium oxalate, phosphate, or maleate. Eating fewer oxalate-rich foods can reduce your risk of developing this type of stone. High-oxalate foods include potato chips, peanuts, chocolate, beets, and spinach.

Another form of kidney stones can be formed by excessive uric acid and is more common in men than in women. They can occur in people with gout or those going through chemotherapy. This type of stone develops when urine is too acidic. A diet rich in purines can increase urine’s acidic level. Purine is a colourless substance in animal proteins, such as fish, shellfish, and meats. 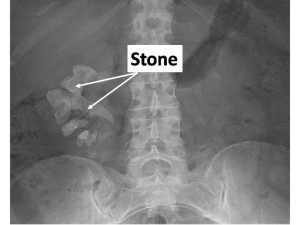 The greatest risk factor for kidney stones is making less than one litre of urine per day. Kidney stones are most likely to occur between the ages of 20 and 40 and there are different factors that can increase your risk of developing a stone.

Dehydration is a very large factor of developing a kidney stone, but other factors include – obesity – a diet that is high in protein, salt or glucose – having a hyperparathyroid condition – having had gastric bypass surgery – having an inflammatory bowel disease that increases calcium absorption – taking medications such as diuretics – anti-seizure drugs – calcium-based antacids.

How do you know if you have a kidney stone? Talking from my own experience, the symptoms can be extremely varied. My first experience was intense pain – I can only describe it as feeling like someone had stabbed me in the stomach with a red hot and extremely sharp knife. This pain is often said to be worse than the pain of childbirth. Having had three children, I can attest to the pain of a kidney stone being MUCH worse.

The pain can change in intensity or change location depending on where in the urinary tract it is and it typically occurs in the sides and back, and later spreading to the abdomen and groin.

You may also experience pain while urinating, in addition to cloudy or abnormal-smelling urine, passing more urine than usual, urinating more frequently, or urine that is pink, red or amber coloured. Other, more vague symptoms include nausea and vomiting, and a fever that may be accompanied by chills, if the individual has an infection. 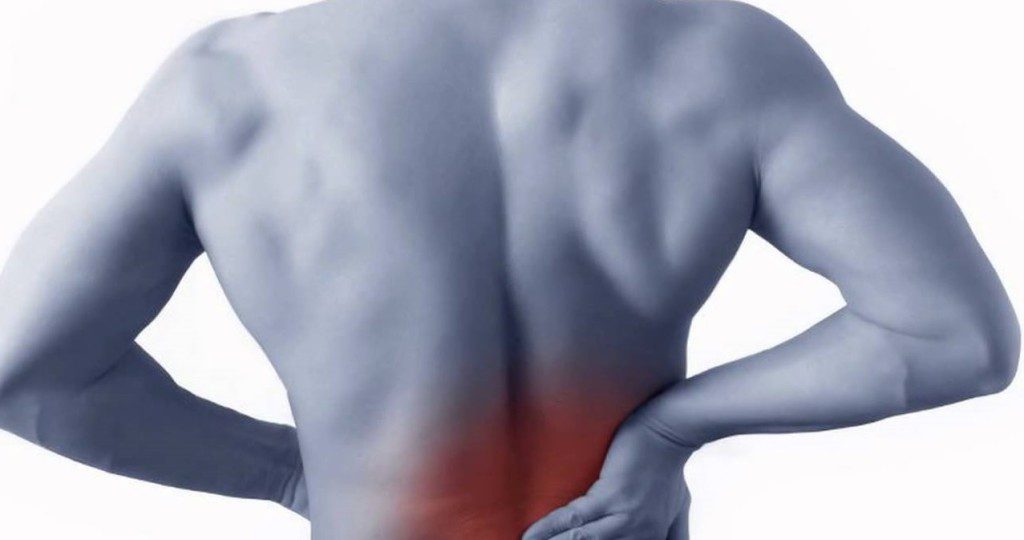 Often, symptoms may not occur until the stone begins to move down the ureters. This severe pain is called renal colic. You may have pain on one side of your back or abdomen. In men, pain may radiate to the groin area. The pain of renal colic comes and goes, but can be intense. This is how I experienced my second bout of kidney stones. This pain would come and go, often with weeks between each episode. It would start in the early evening and completely disappear by morning. I put up with this for nine months, on and off, before I was rushed to hospital with complete blockage of both kidneys leading to renal failure. Other than the intermittent pain, I had no other symptoms and, as it completely disappeared after a few hours, and wouldn’t recur for such a long time, I had no idea that I was suffering with such a problem.

When I finally made it to hospital, I was told that I wouldn’t have survived until morning – probably no more than six hours.

Symptoms that you may or may not experience can include –

Proper hydration is a key preventive measure. John Hopkins Medicine recommends drinking up to 12 glasses of water daily. Drinking more fluids increases the amount of urine you pass, which helps flush the kidneys. The Mayo Clinic recommends passing 2.5 litres of urine a day. You can substitute some glasses of water with ginger ale, lemon-lime soda, and fruit juice. 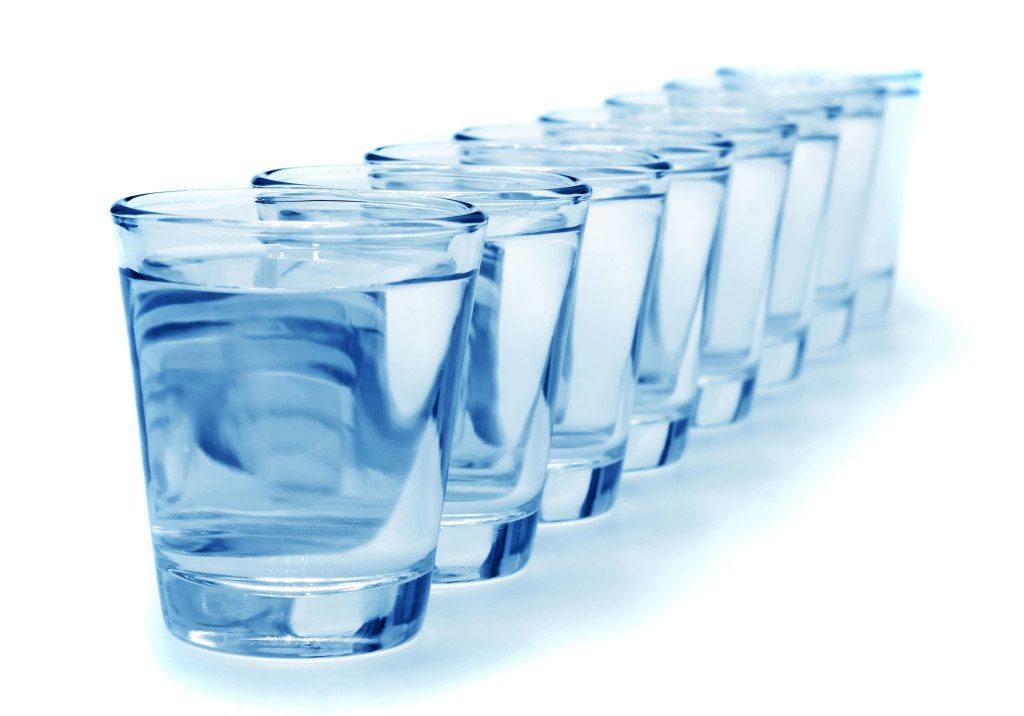 Eating oxalate-rich foods in moderation and reducing your intake of salt and animal proteins can also lower your risk of kidney stones. Your doctor may prescribe medications to help prevent the formation of calcium and uric acid stones.

Having kidney stones is not a laughing matter, as well as being incredibly painful, they can be extremely dangerous as I found out.

If you have any of these symptoms it is extremely important to make an appointment with your doctor. However, you should seek emergency medical attention if your pain becomes so severe that you are unable to sit or find a position that’s comfortable. You should also seek help immediately if you notice blood in the urine or find yourself unable to pass urine — fluids that are not able to leave the body can back up into the body, potentially causing infection and inflammation. Pain that is accompanied by fever and chills, or nausea and vomiting should also be evaluated. 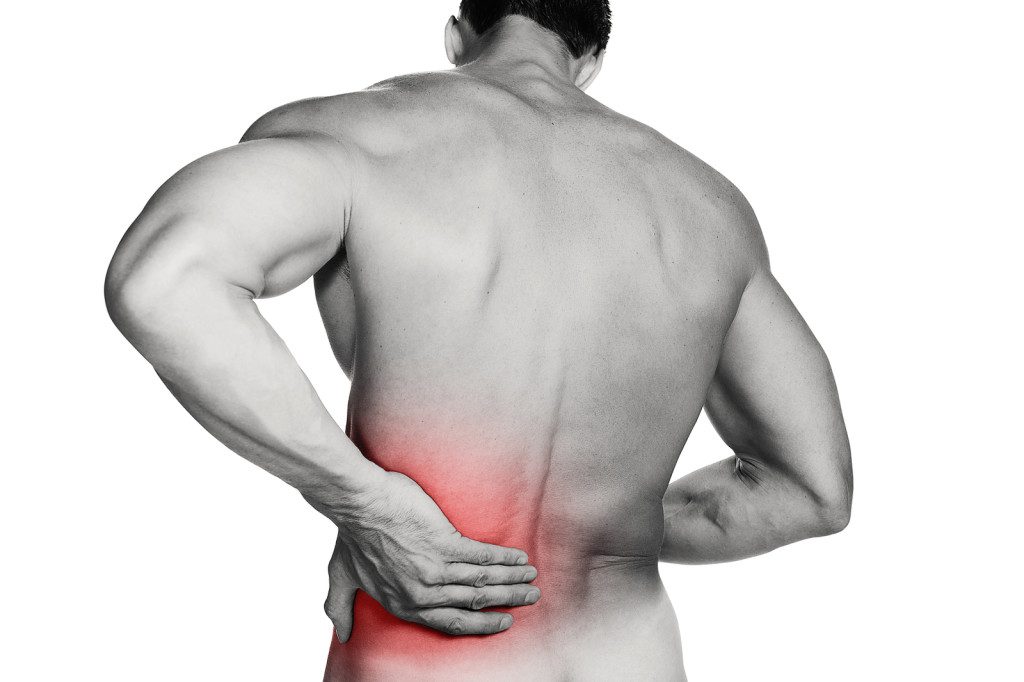 Senior ANSTO research scientist Vladimir Levchenko found himself as part of a startling statistic when he was told he had one of Australia’s most common disorders.

Kidney stones affect 1 in 10 Australian men, and 1 in 35 Australian women during their lifetime, however it turns out that very little is known about their growth cycle and longevity. Like so many other scientists before him, a personal question has identified a gap in knowledge that has sparked a quest for answers that have broad applications.

As an expert in the use of accelerator mass spectrometry – a nuclear science technique – Levchenko decided to apply carbon dating procedures to kidney stone samples to see if he could ascertain their age.

It is believed this is the first time radiocarbon has been used to date a kidney stone. Known as ‘carbon dating’, the process involves measuring carbon-14 is present in a sample.

Stones are classified by the type of crystal they contain, and for the study Levchenko obtained the most common kind of stone, containing calcium oxalate. This allowed accelerator mass spectrometry to be used.

With the help of ANSTO chemist Alan Williams, Levchenko’s chemistry and nuclear science measurements in 2013 indicated that this particular kidney stone had been growing steadily for 17.6 years! Since 1994!

Following his initial discoveries, Levchenko began collaborating with a Dutch research group led by Dr Dirk Kok, Head of the Department of Urology at Erasmus Medical Centre Rotterdam. “Dr Kok wanted to send over two similar samples that his team were investigating, in order to find out if they were the same age, and if both contained phosphate,” said ANSTO scientist Mr Levchenko.

“All the way back in Lucas Heights in Sydney, our results showed that the two samples from the Netherlands were vastly different ages, only one contained phosphate, and the growth rates also varied.

“Information from the original “owners” of the stones identified that the stone containing phosphate came from a person who regularly consumed soft drink – which contains phosphoric acid.

“Once age was determined, we were also able to link that back to a trauma the patient with the older stone had received when they were much younger.

“This is a method of research that we don’t think has ever been used before, and previously we haven’t been able to make anything near the kind of connections the radiocarbon dating has allowed.

“It’s evidence like this that represents how valuable nuclear science research like that carried out at ANSTO is for the medical community.”

The research has been accepted by the journal Radiocarbon, and Dr Kok presented the research at a major urological conference in Spain in mid-September where it was received with great interest.