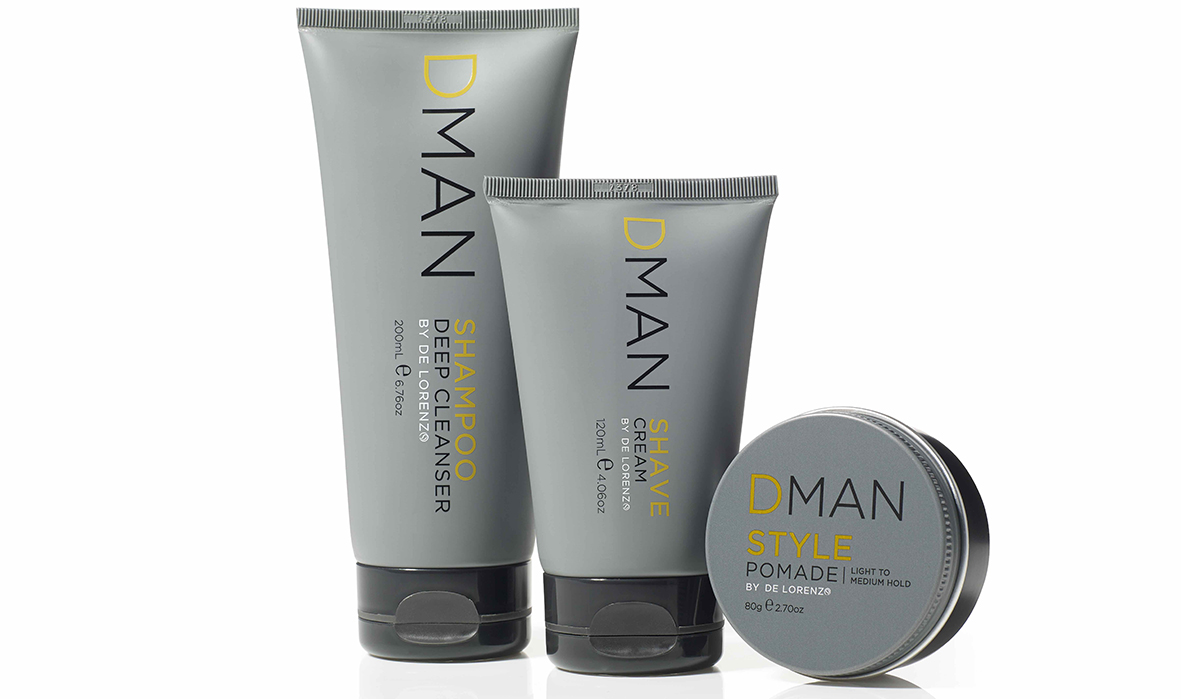 According to a recent survey, the male grooming sector continues to grow from strength to strength. Since 2012, beauty and personal care launches specifically targeted at men have increased globally by more than 70 per cent.

Within grooming, the men’s skin care segment (including body care and facial care products) has experienced the most significant increase, with sales gains of 57 per cent from 2009 to 2014.

These figures indicate that personal appearance is still very high on the agenda, prompting De Lorenzo to launch a new men’s essentials range called DMAN. The company claims DMAN offers simple yet functional haircare that allows men to feel fresh and ready to face the day.

A peppermint deep cleanser that can be used daily to remove oil and product build up in the hair. The peppermint formulation provides cooling and calming effects to the scalp.

We tested the DMAN Shampoo and the first thing we noticed was the packing. Rather than finding bright colours and floral pictures usually associated with products marketed to women, DMAN comes in a stark but manly dark grey tube with gold and black highlights.

Absent too was any hint of florals, the product proving very neutral in scent, which means your hair won’t smell like you’re about to audition for The Real Housewives of Beverly Hills. DMAN shampoo is low on lather, which initially had me questioning its ability to cleanse, or whether more product than usual need be applied, but fear not, the shampoo’s performance was top notch.

Other products within the DMAN range include:

A deluxe cream that allows the razor to glide for a close shave, leaving the skin smooth and hydrated. Containing eucalyptus, menthol and lemon tea tree oils that provide antiseptic properties for blemish control.

A water based pomade that moulds and controls and is ideal for side parts, quiffs or slicking back hair. Provides added shine and a light to medium hold without the greasy look and feel.