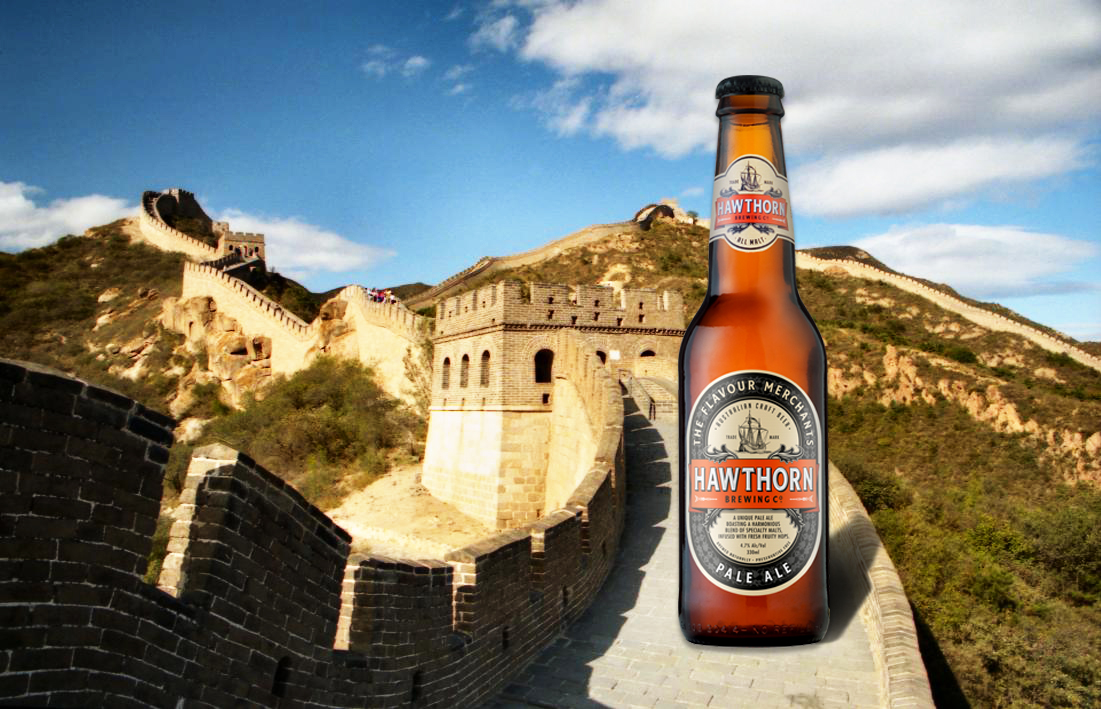 Hawthorn Brewing Company has signed a Chinese distribution deal, resulting in its Pale Ale now being available across five provinces in Southern China. The first container is on the water with beer expected to appear in stores and bars in late July.

The deal, on the back of winning a Silver medal at the 2015 Asian Beer Cup, comes after 12 months of planning and negotiations including research trips to China to assess market opportunities.

China is the largest beer consuming nation in the world, yet imported beer still accounts for a fraction of this market and is dominated by European and US brands

“Couple this with the high regard Chinese consumers have for Australian products, and the opportunities are exciting. We have worked very closely with our distributor to ensure that our products have consumer appeal, including adopting a Chinese name for the brand and altering the label to enhance the Australian providence of the beer.

“China has proven to be a very challenging market to enter, with many administrative hurdles to negotiate, however we are finally there and very excited about the prospects of launching in such a large market”.

Hawthorn’s Asian presence will likely continue to grow, as talks are underway in other local markets including northern China, Philippines, Hong Kong and Japan, where Chief Brewing Officer and co-founder Hamish Reed will also be a guest judge at the 2016 International Beer Cup, to be held in Tokyo in September.