Finally, a hot sauce created for taste rather than heat – Cholula Hot Sauce gives you all the flavour without burning your tongue off. Don’t get me wrong, there is still heat in this sauce, it wouldn’t be called ‘hot sauce’ if there wasn’t, but it is a fresh heat and by my standards, very easily tolerable. The gluten free hot sauce is made from an exclusive blend of Arbol, Piquin peppers and spices ground into a delicate pepper paste then combined with signature seasonings and natural ingredients, resulting in the perfect balance between heat and flavour.

Not only does Cholula Hot Sauce taste great, but it is believed that chilli peppers have many health benefits, particularly for people with pulmonary and respiratory problems. Hot peppers are great for asthmatics as it is rich in Vitamin A. It also increases metabolic rates, making it easier to burn calories.

Cholula Hot Sauce enhances the flavour in almost any food without overwhelming the palate, including eggs, meats, soups, pizza, seafood and salads.

Set your taste buds tingling with  these delicious recipes from Cholula. 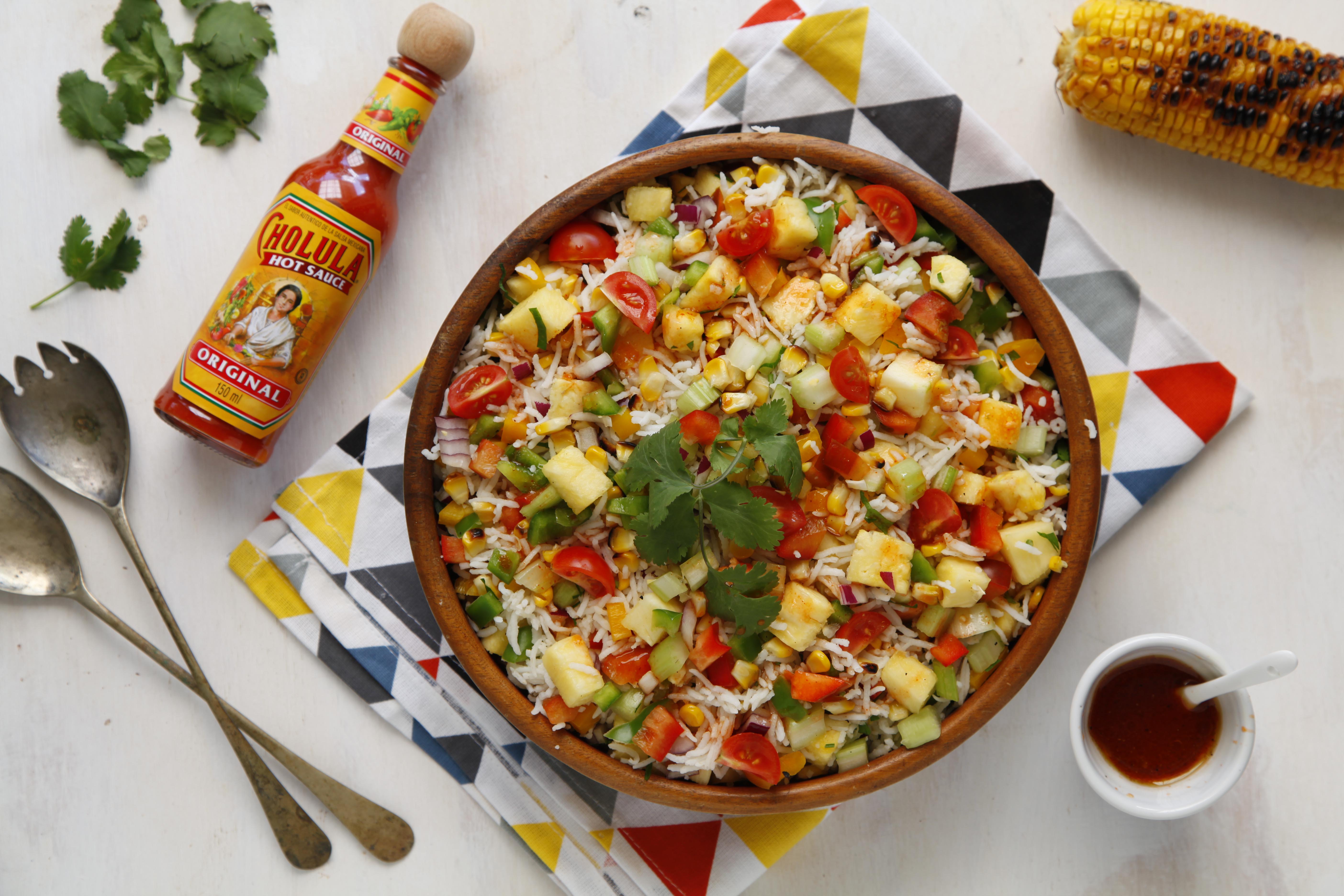 Preheat a grill pan over a high heat and rub a little olive oil over the corn cobs. Place the cobs onto the grill pan and cook each side for around 5 minutes until the corn is charred and slightly blackened in places. Remove from the pan to cool.

Cut the kernels off the cooled cob of corn by placing the corn cob on an angle and carefully cutting from the top. Add the corn kernels to a large salad bowl.

Into the same salad bowl add the basmati rice, pineapple, cherry tomatoes, capsicums, red onion, celery and chopped coriander. Toss all of the ingredients together to combine.

In a small jar place the Cholula Original Hot Sauce, lime juice, castor sugar, olive oil, salt and pepper and place the lid on. Gently shake the dressing ingredients together to combine and dissolve the sugar.

Drizzle the dressing over the rice salad and gently toss to coat all of the ingredients in the dressing.

Garnish with a sprig of coriander.

Juice of ½ a lime 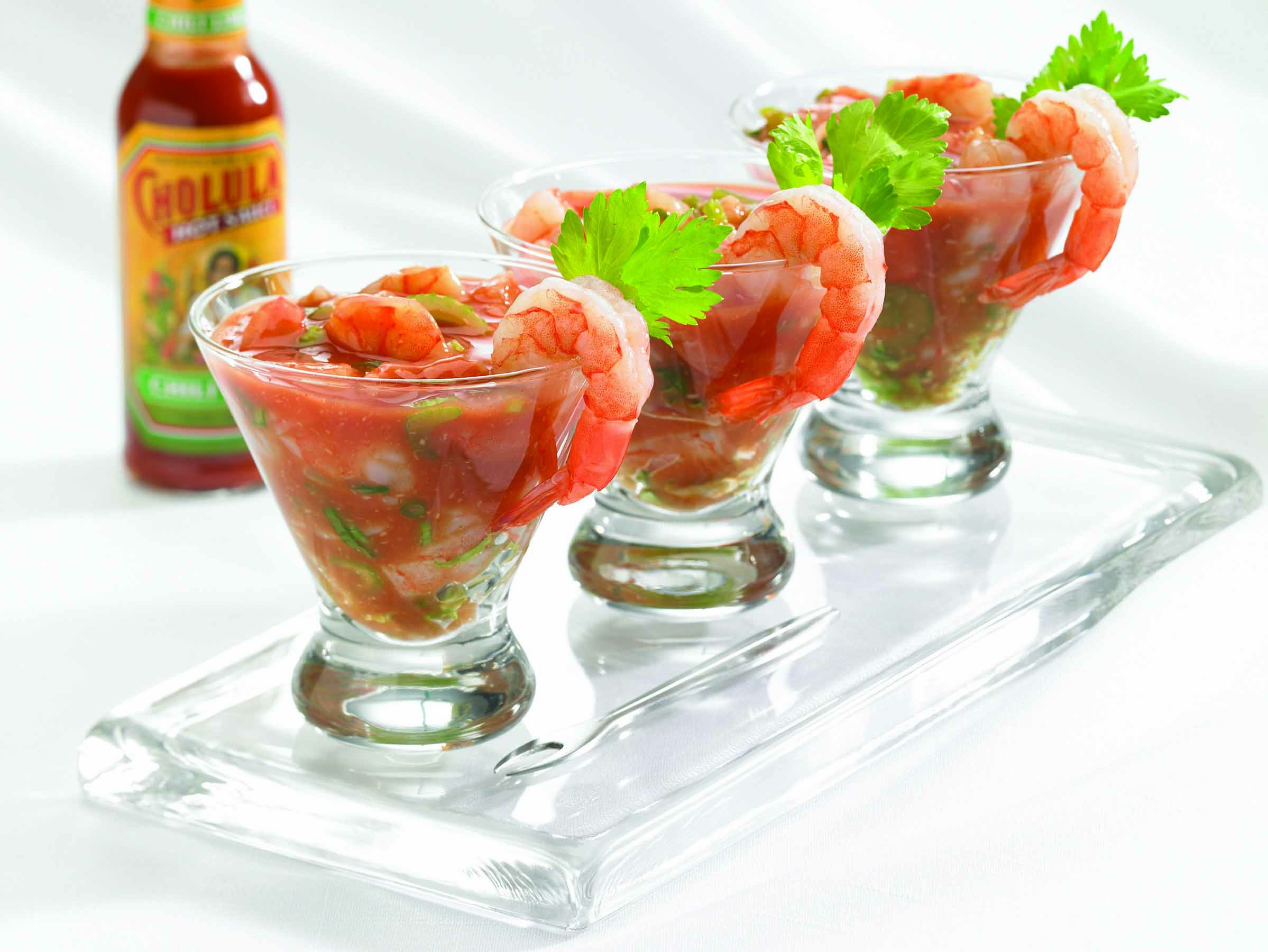 Salt and pepper to taste

Once ready to serve mix shrimp, green onions, celery and sauce, and divide into 4 chilled cocktail glasses. Garnish with whole shrimp, and cilantro to serve