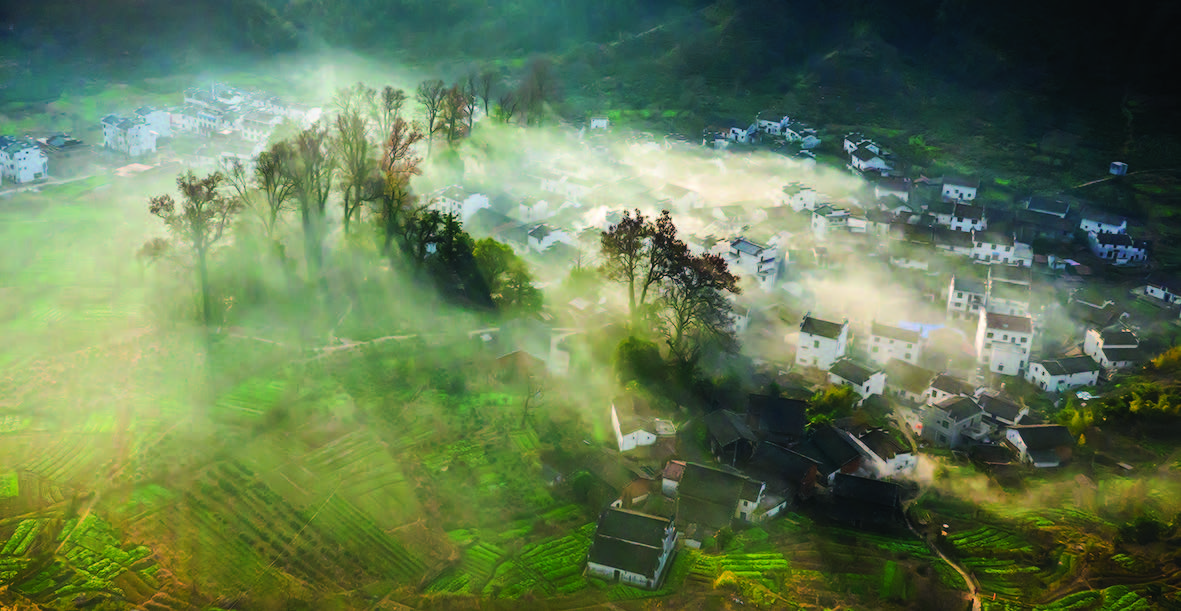 Wuyuan, China: On November 13, 2015, Shicheng Village in Wuyuan County will welcome the first wave of visitors that have come to the region to see the autumn colours of the maple leaves in full splendour.

Tour groups that have arrived on the high-speed trains serving the region, gathering at Shicheng Village on a day that has traditionally represented the beginning of the autumn tourism season in Wuyuan County.

Shicheng Village is named for the rock walls located at the entrance to the village. Many ancient and now famous trees grow on both sides of the wall, the most impressive of which are about a hundred maple trees towering more than 35 meters, significantly higher than the roofs of the homes that dot the village. The houses, with their distinctive white walls and black tiles, give the appearance of toy cubes when set against the erect, tall-standing trees. 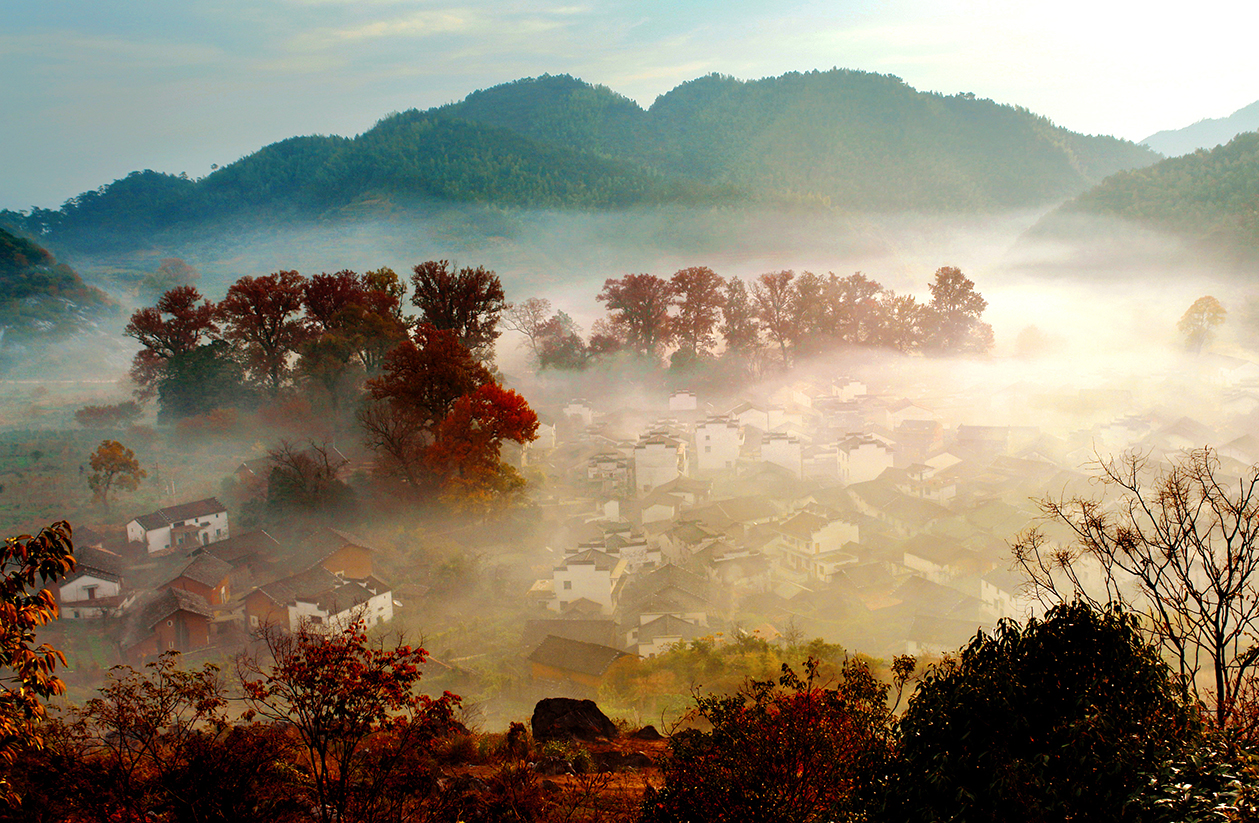 Shicheng Village has also proven to be a paradise for amateur photographers during the peak autumn colours period from the November 10 to then end of the month. The fiery red of the maple leaves, the grey morning mist floating aside the tree trunks and white wisps of smoke rising from the kitchen chimneys in the morning transform the village into an autumnal fairyland.

The village has frequently been named by the Chinese press as the Most Popular Tourism Destination.