Athens, GREECE: In a breathtaking final that will be remembered for the ages, Australia’s Clinton Moore was absolutely flawless in the vast Athens track carved out of the Dionyssos Marble Quarry making it two in a row in the 2015 Red Bull X-Fighters World Tour.

With a mind-boggling array of tricks, Moore defeated the 2013 World Tour winner Thomas Pagès. Moore and sent the big Athens crowd into a frenzy with his brilliant execution of a most spectacular array of tricks such as the Bundy, the Flair and a Volt with a first-ever no-handed landing. 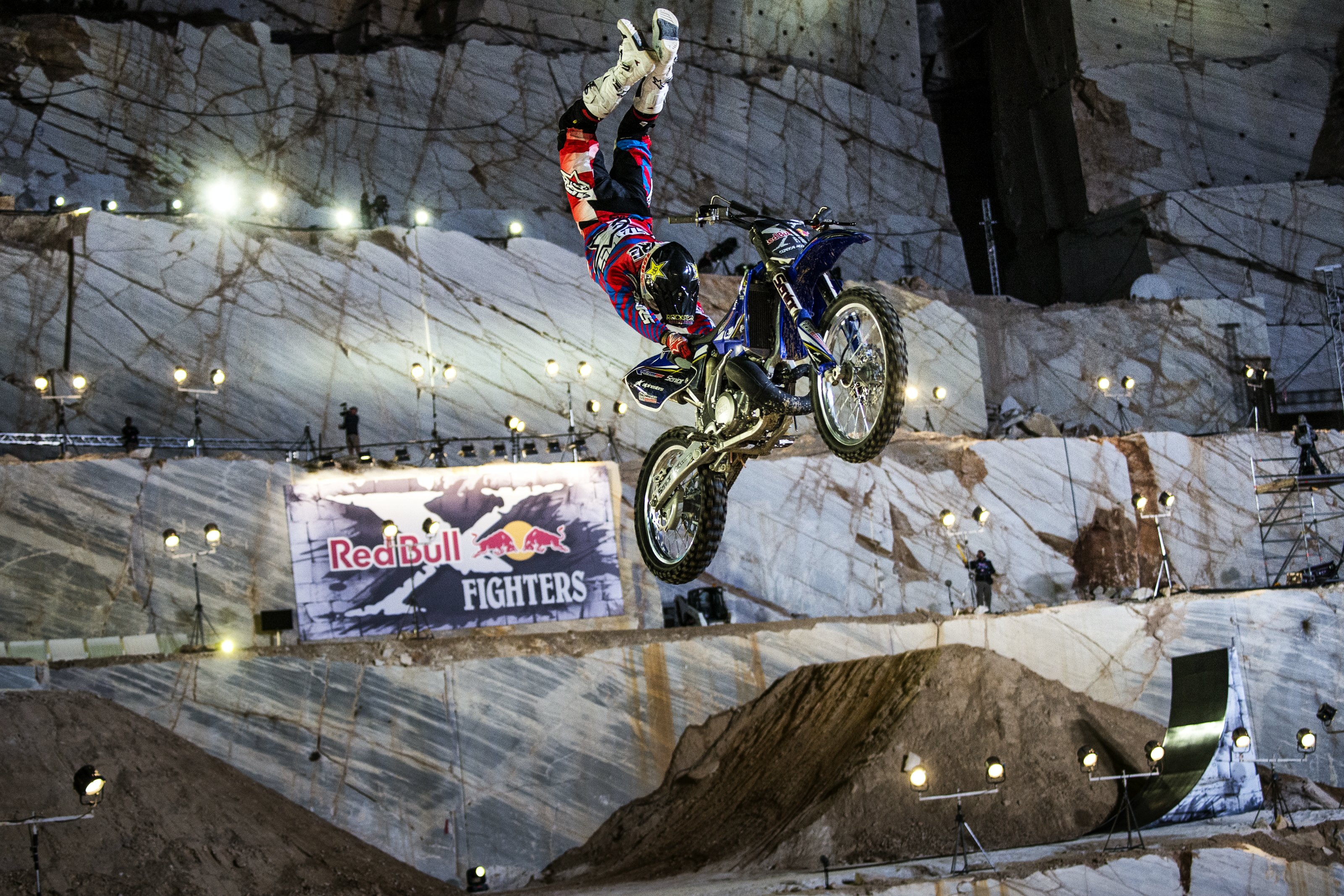 Australia’s Rob Adelberg took third on the biggest track of the season, while David Rinaldo got a career best fourth on a fantastic night in front of frenetic crowd in Athens. “I felt a lot of stress coming in here and had a lot of pressure on me coming to Athens,” said Moore. “I threw down the tricks that I wanted to do. Here I am first again. I’m over the moon. This is the most amazing course I’ve ever seen.”

Pagès was also outstanding and creative in his final run, nailing the Alley-Oop Flair for the first time ever in a competition.