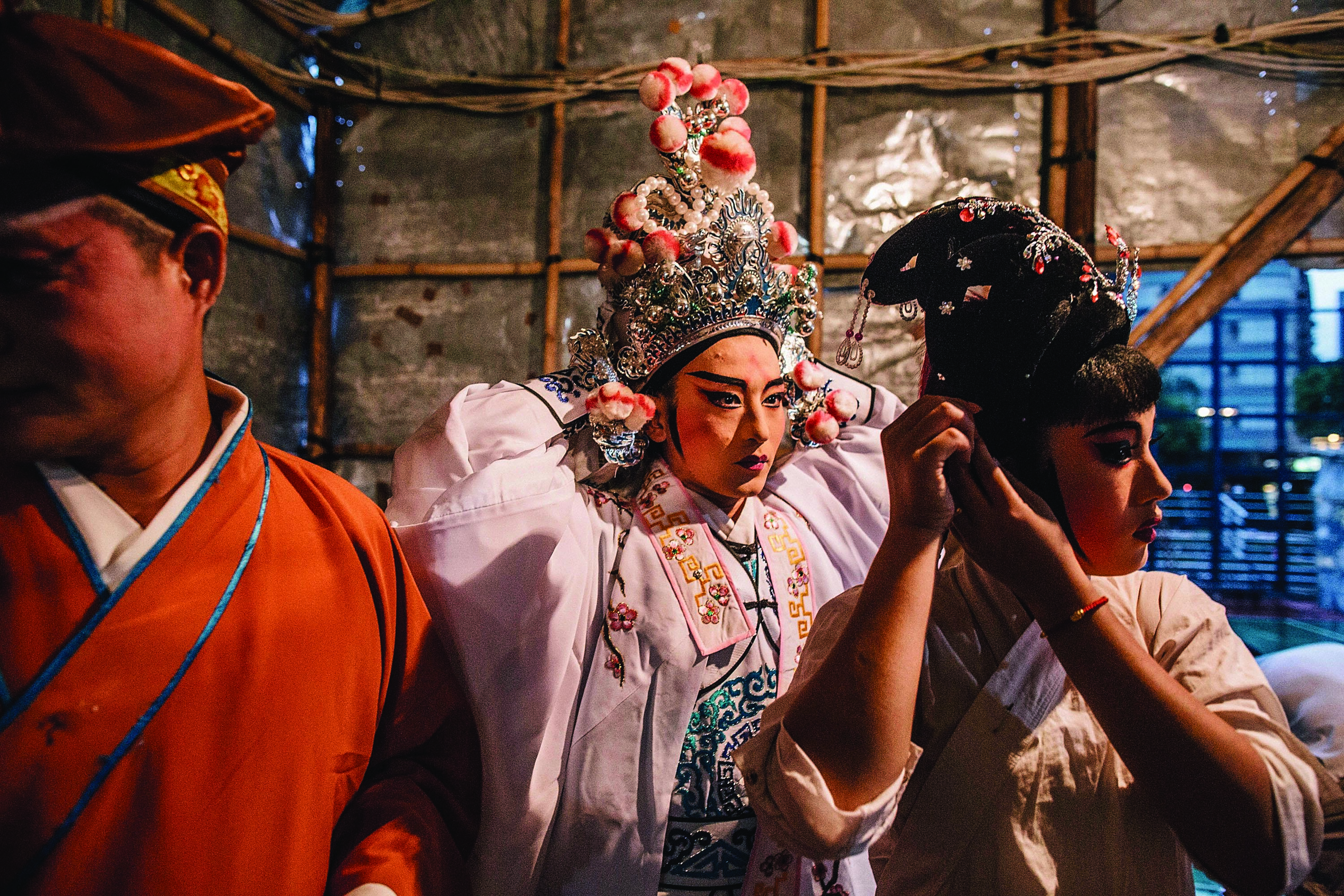 Performers prepare backstage at a Chinese opera during the month of Hungry Ghost Festival (Yu Lan) on August 14, 2015 in Hong Kong. The Hungry Ghost Festival is intrinsically linked to this Chinese practice of ancestor worship. The main activities for the festival includes paying respect to the ghosts, burning daily ware made with paper for the dead, opera for the spirits and bidding for lucky charm. (Photo by Anthony Kwan/For Hong Kong Images)

Hong Kong: If you are in Hong Kong at the moment, make sure you don’t miss out on being a part of ‘The Unlocking of the Gates of Hell – The Hungry Ghost Festival (Yu Lan)’ which runs until September 12.

The Hungry Ghost (Yu Lan) festival, had been inscribed on to China’s third national list of intangible cultural heritage in 2011. The seventh month in the lunar calendar is when restless spirits roam the earth when the gate of Hell opened on 1 day of the seventh month. 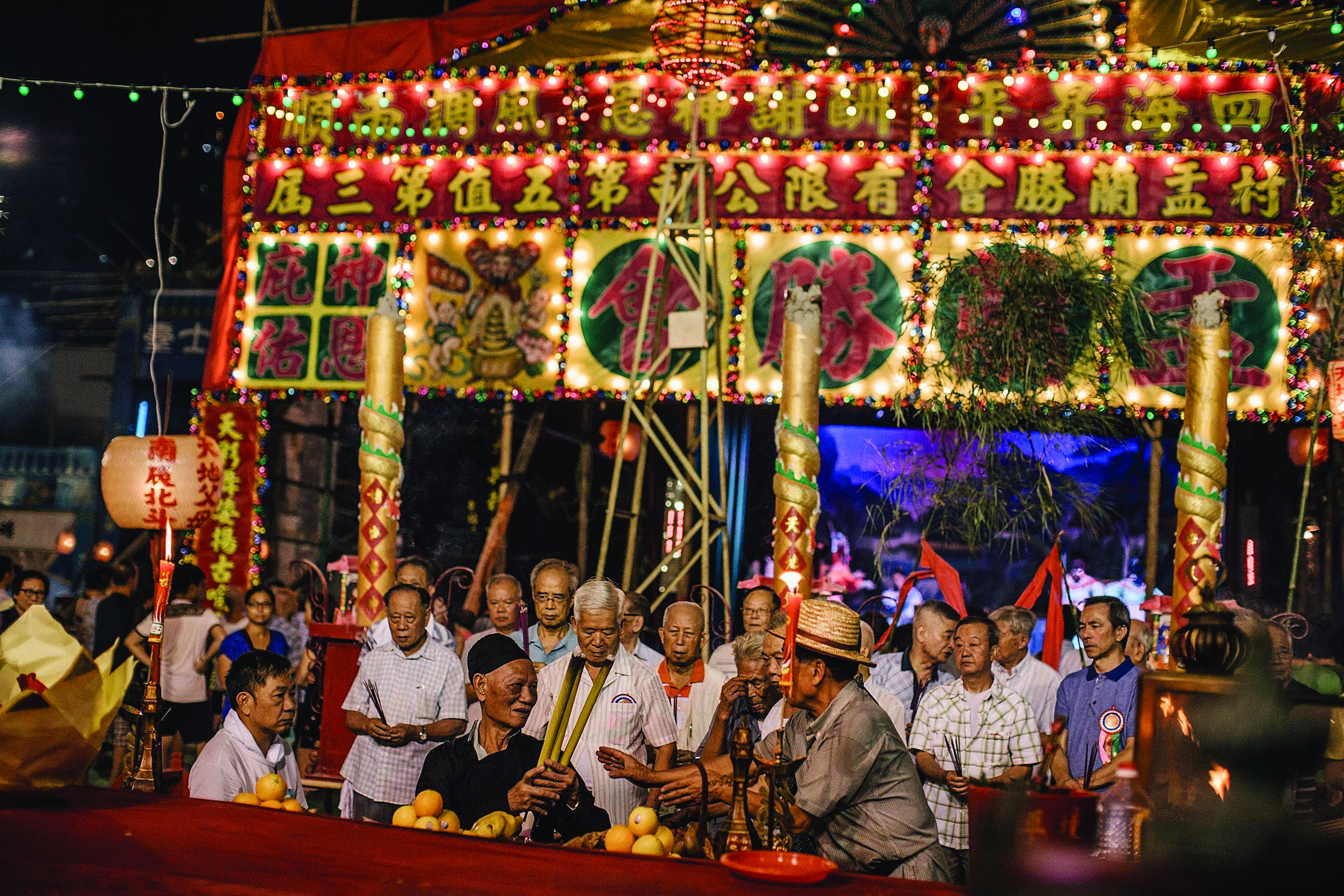 Worshippers make offerings at a park during the month of the Hungry Ghost Festival on August 14, 2015 in Hong Kong.

Many Chinese people make efforts to appease these transient ghosts, while ‘feeding’ their own ancestors. While the festival’s origins are not unlike those of Halloween in Europe, it is also intrinsically linked to the Chinese practice of ancestor worship. Many people tending roadside fires and burning faux money and other offerings for ghosts and ancestors to use in the afterlife. Food is also left out to sate the appetite of the hungry ghosts.

One of the main highlights of the festival is the Chinese operas, usually held on temporary bamboo stages, performed to praise the charitable and pious deeds of the deities. 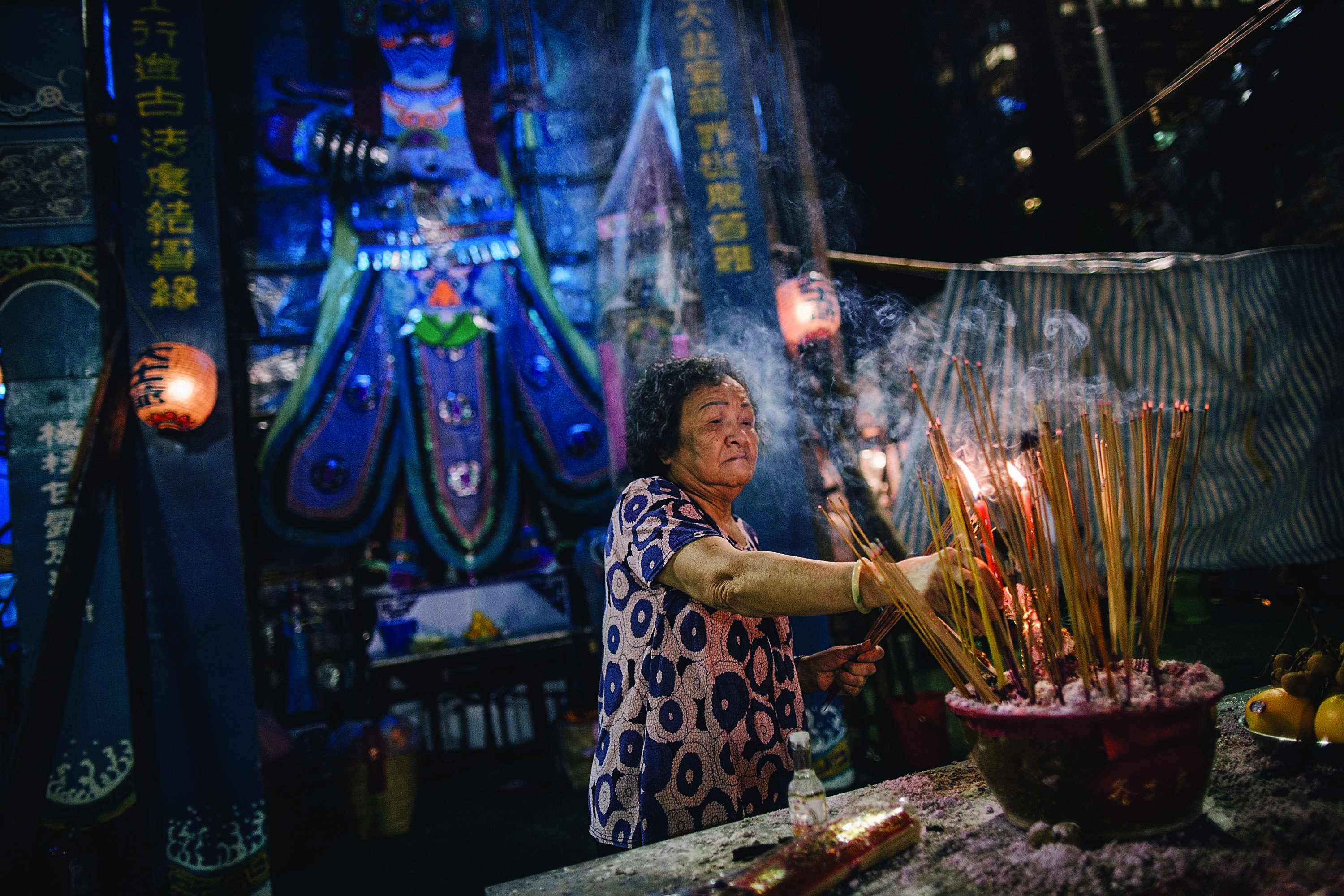 Worshippers make offerings at a park during the month of the Hungry Ghost Festival on August 14, 2015 in Hong Kong.

In neighborhoods across Hong Kong, during the festival you’ll see Chiu Chow people setting up “Yu Lan Ritual” where they offer sacrifices to their ancestors and the hungry ghosts, burning incense and joss paper, distributing free rice, and performing live Chinese operas and Chiu Chow–style dramas for ghosts in need of a bit of entertaining.

For more details about the festival, please visit: 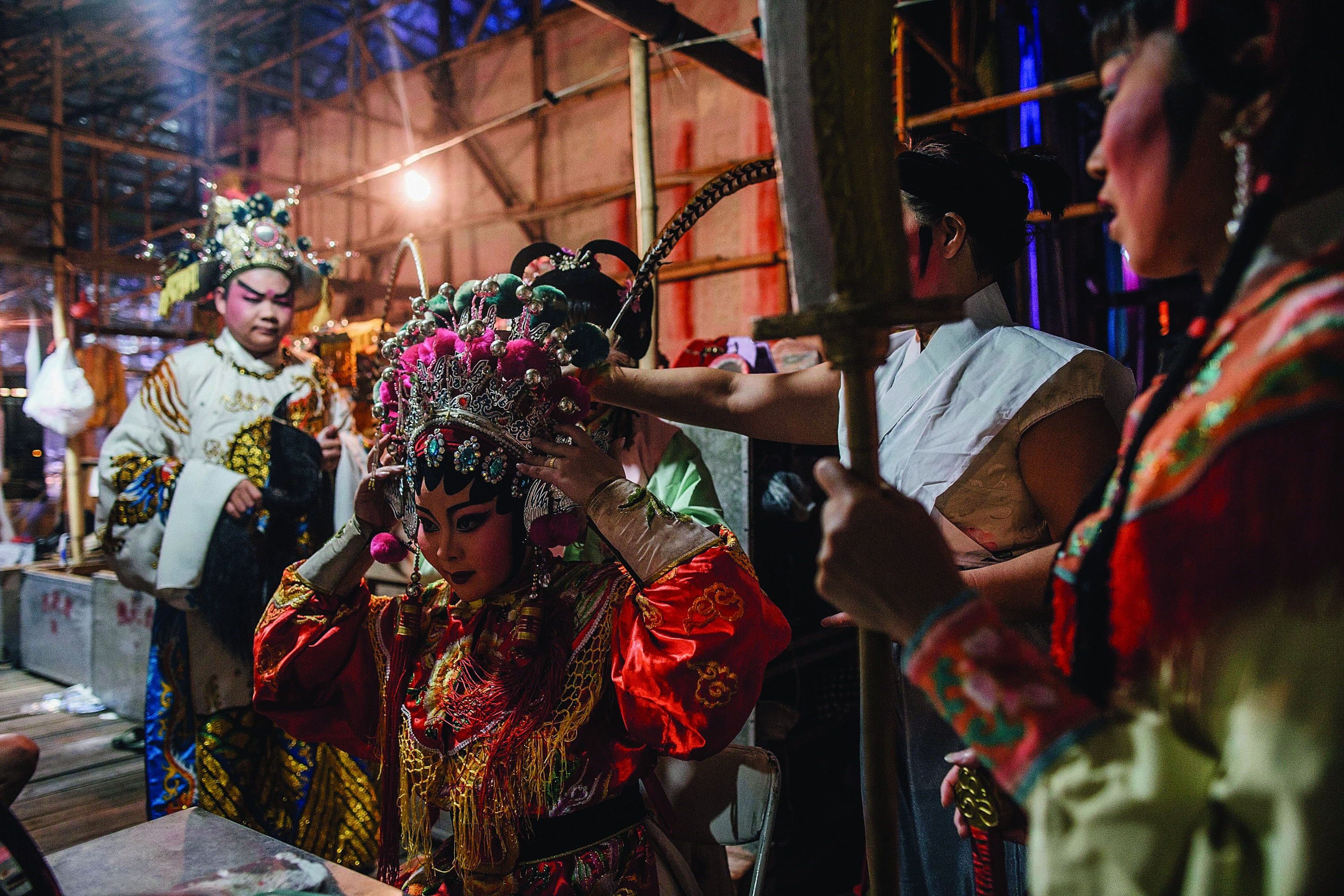 Performers prepare in backstage at a Chinese opera during the month of Hungry Ghost Festival (Yu Lan) on August 14, 2015 in Hong Kong.