Melbourne, AUSTRALIA: It was a mixed lolly bag of selfie loving guests at the 2015 TV Week Logie Awards – housewives, reality home builders and chefs, pop stars, a Eurovision drag queen and of course, television personalities. How many ways can you master the tea pot red carpet pose? You know, the classic hand on hip photo pose… Well, Plenty!

While the Logies is our own Hollywood style night of nights, the awards were held in the same week that Bruce Jenner made headlines and flooded social media after he publicly came out as a transwoman. So You Think You Can Dance judge and esteemed choreographer Jason Coleman dazzled the red carpet in sparkling Louis Vuitton shoes and painted finger nails. His “man- icure” was in support of Bruce Jenner’s announcement. “We feel as if we know the Kardashians,” said Jason. “It’s remarkable what Bruce Jenner has courageously done and I support him,” he added. 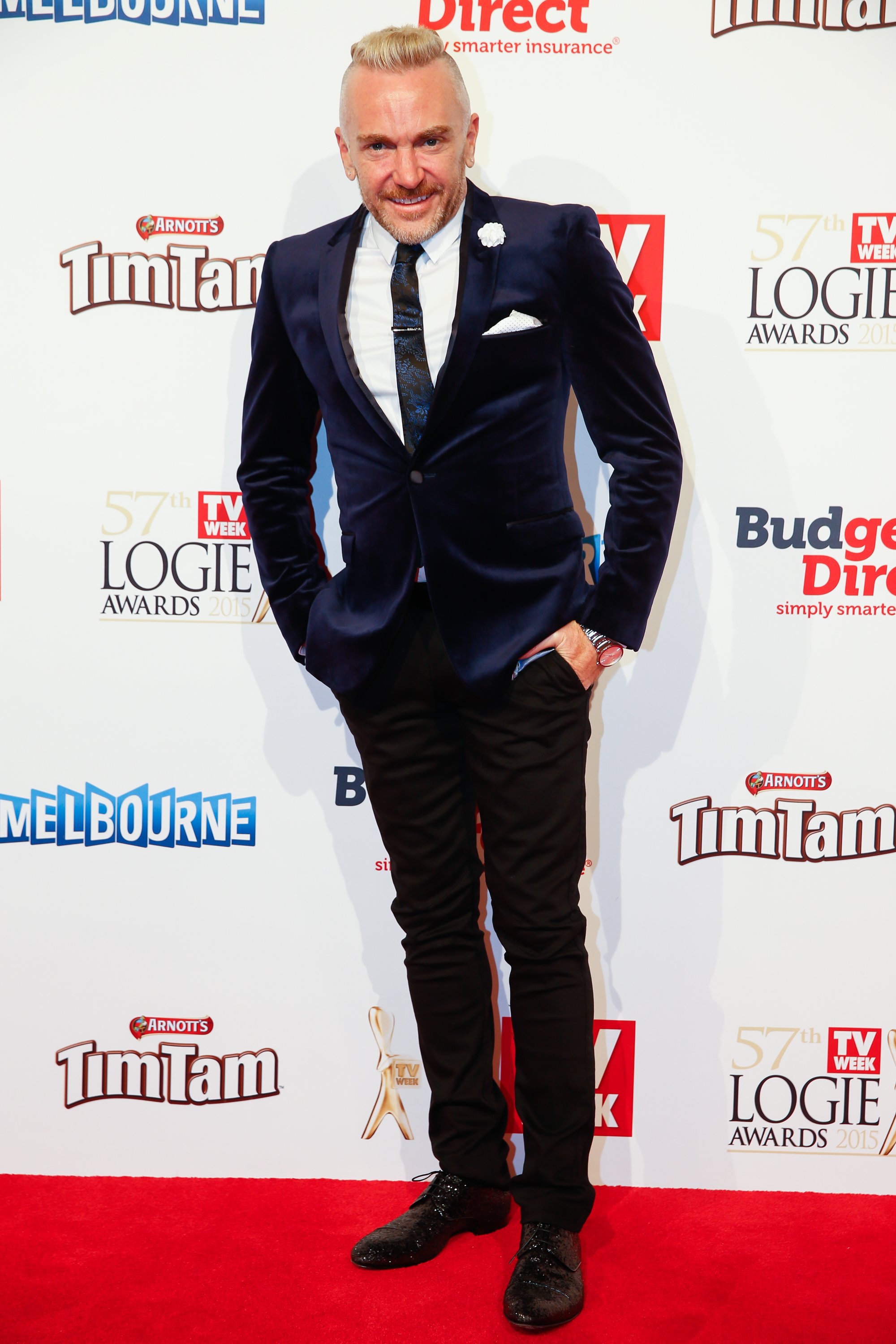 Red carpet regular and TV presenter, Lauren Phillips, was one of the first to arrive. Like many, she was looking forward to seeing Ricky Martin perform after the stress of her Aurelio Costarella gown arriving late from Perth. Lauren’s glam squad arrived at 12pm and by 4pm and a few champagnes in between, she was glammed in her black and white gown. 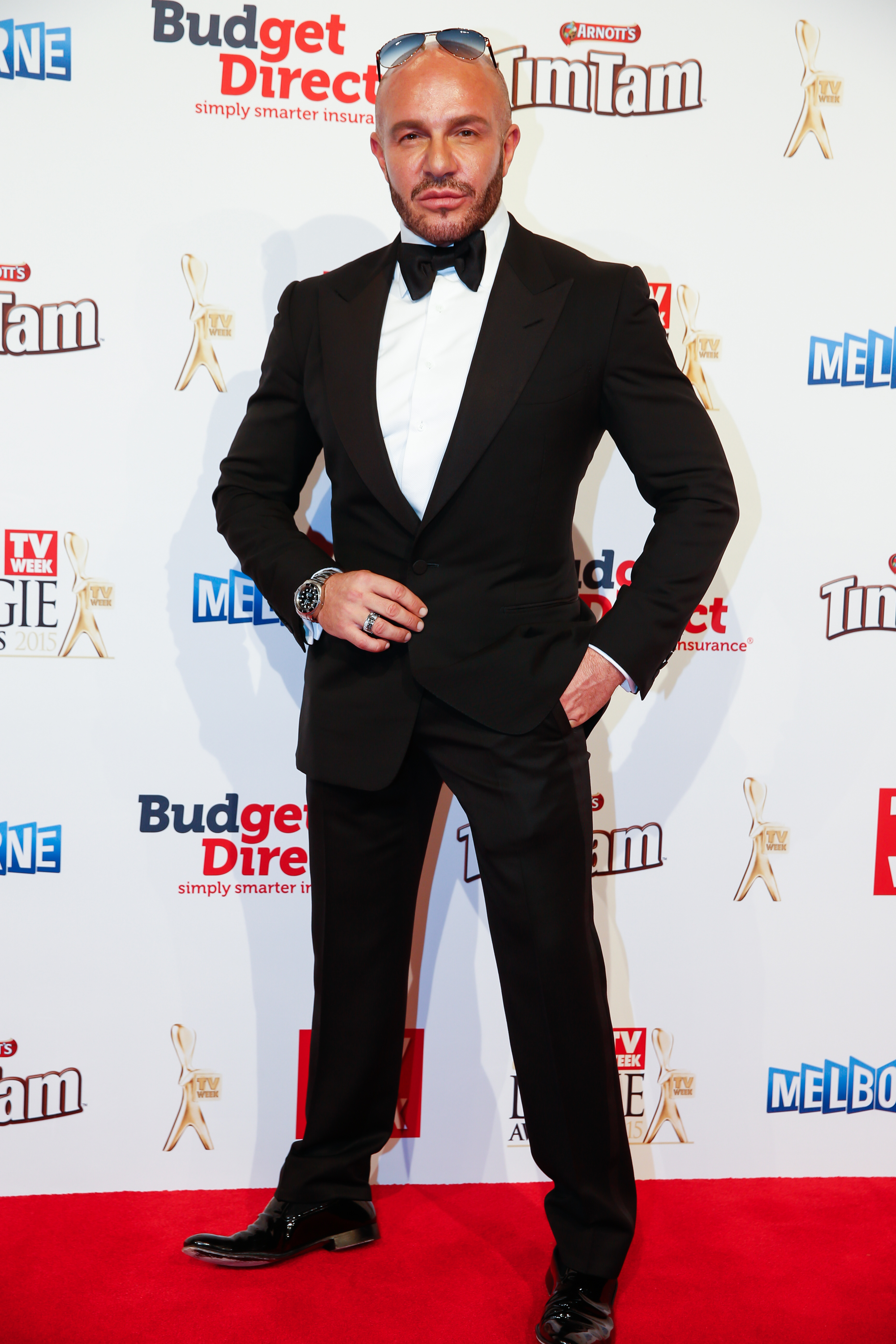 Keeping with classic black and white also was designer Alex Perry, with his trademark sunglasses of course. “I love watching everybody, people watching,” he said of the evening. “I am loving going back to black, chic… red carpet dressing. You get noticed when something makes you look timeless.” The red carpet was not short on beauties strutting in Perry gowns- Gold Logie nominee and past winner Asher Keddie and models Megan Gale, Cheyenne Tozzi and Jennifer Hawkins were all beautiful in his black designs. “Whatever you want what in Australian fashion, we’ve got it,” he said.

While there are so many new kids on the block on Australian TV and well, everyone is either on or talking about The Block, it’s always nice to see personalities so many of us have grown up with. Amongst the veterans was four-time Gold Logie nominee, Livinia Nixon. At her 15th awards night in a classic royal blue, off the shoulder dress, Livinia explained that KD Lang performing at the 2010 awards was a stand out from all the years she has attended. ‘You could have heard a pin drop it- was a magical moment,” she said.

If there’s one woman not short on Logies stories over the years, it’s the legendary Kerri- Anne Kennerley. Pretty in pink and looking a-plus-mazing may I add, Kerri- Anne’s beauty secret is patience and a smile to share. “The Logies is the biggest night of nights full stop. Nothing competes with it because you have everyone here” she said. 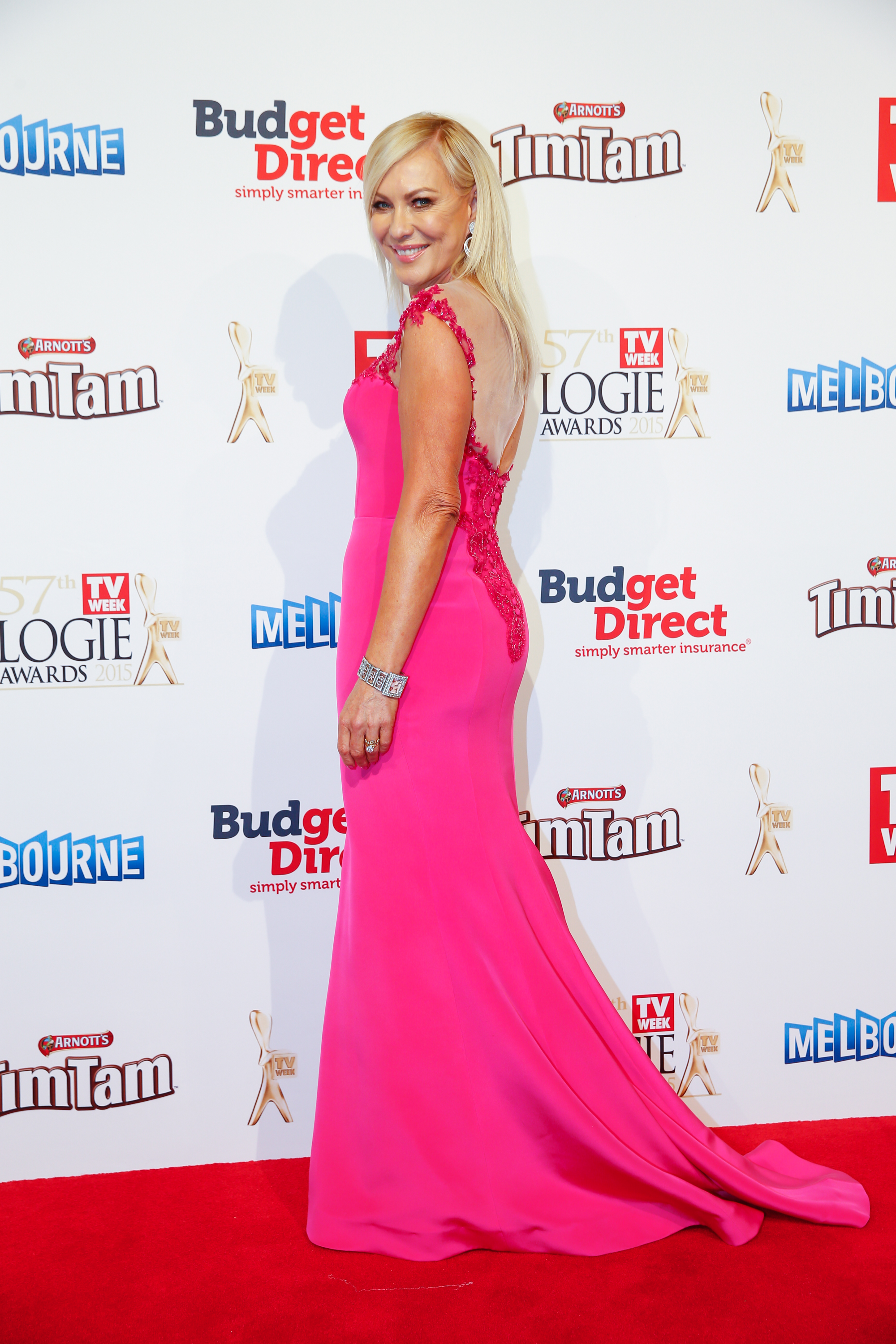 Recently arrived from LA, JanetRoach wore a lovely Angelina Puccini gown. “I was worried about fittings as I was away,” she said. “But I’m so happy it all came together.” Janet has started her very own charitable foundation together with her son Jake and launched a new venture called ‘Raw Essentials’ – a medicinal tea range from which a portion of all sales will aid in the treatment of burns patients scarring. Jake was badly burnt in a fire at a party three years ago and suffered third-degree burns to 70% of his body – only barely surviving. Her charity and getting her son on camera, is Janet’s “biggest moment” since the last Logies. 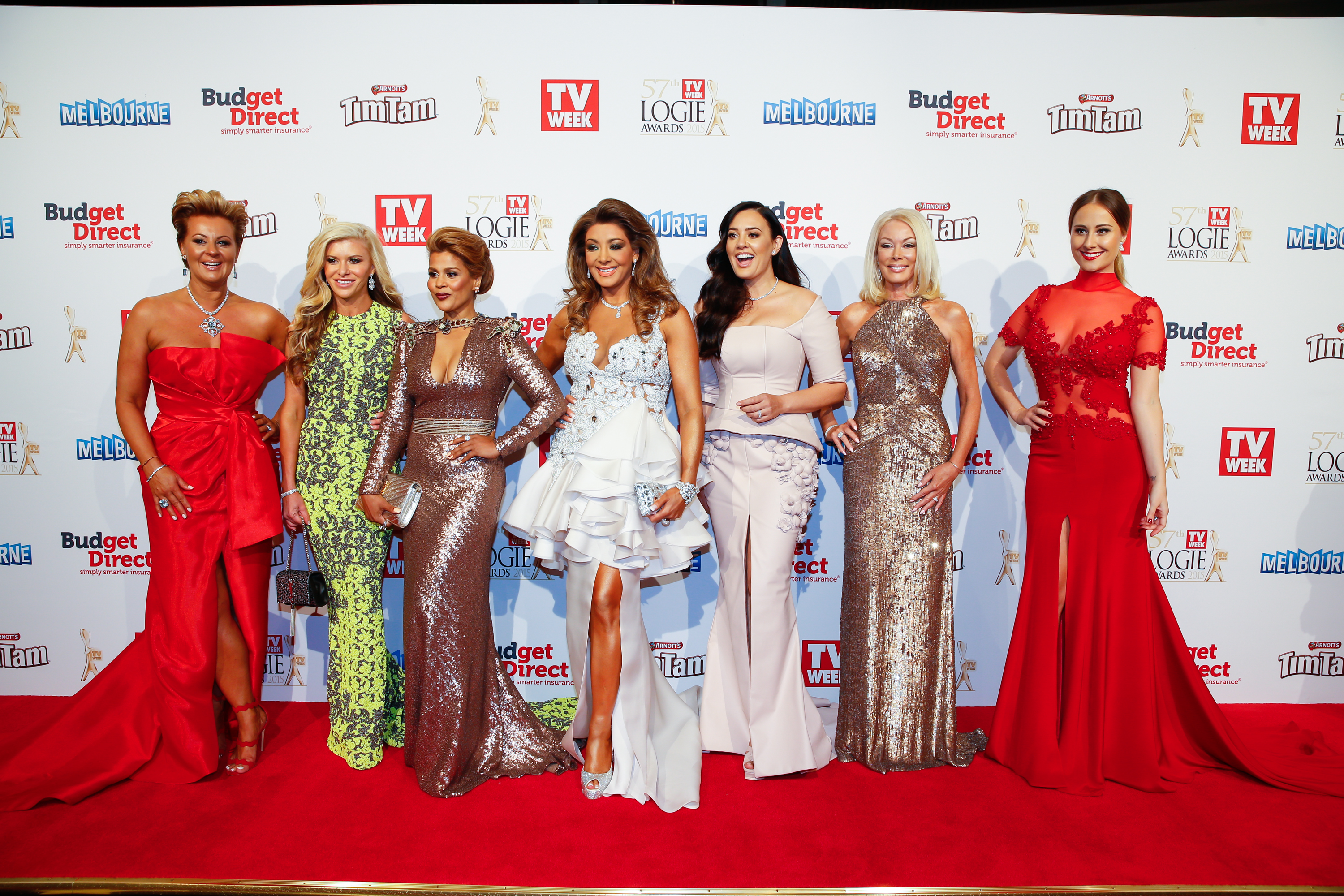 The Real Housewives of Melbourne

The last of the housewives I managed to chat to was the beautiful and spiritual Jackie Gillies who did “shine shine shine” in her gown. She had a new slogan, simply “couture.” So there we had it, pouting “couture” for a selfie. Definitely the most down to earth of the housewives.

I waved down pop professor Richard Wilkins and it was time to drop the Madonna bomb on behalf of material boys and girls across the country. “When will the tour be announced and why haven’t we received the news?” I asked. “Not sure why we don’t have the dates but I think it will happen next year,” he replied, fresh out of his recent New York interview with the Queen of Pop. “She’s very self-assured as you would know. She’s excited about her new (Rebel Heart) record and pissed off the album got leaked,” he said. 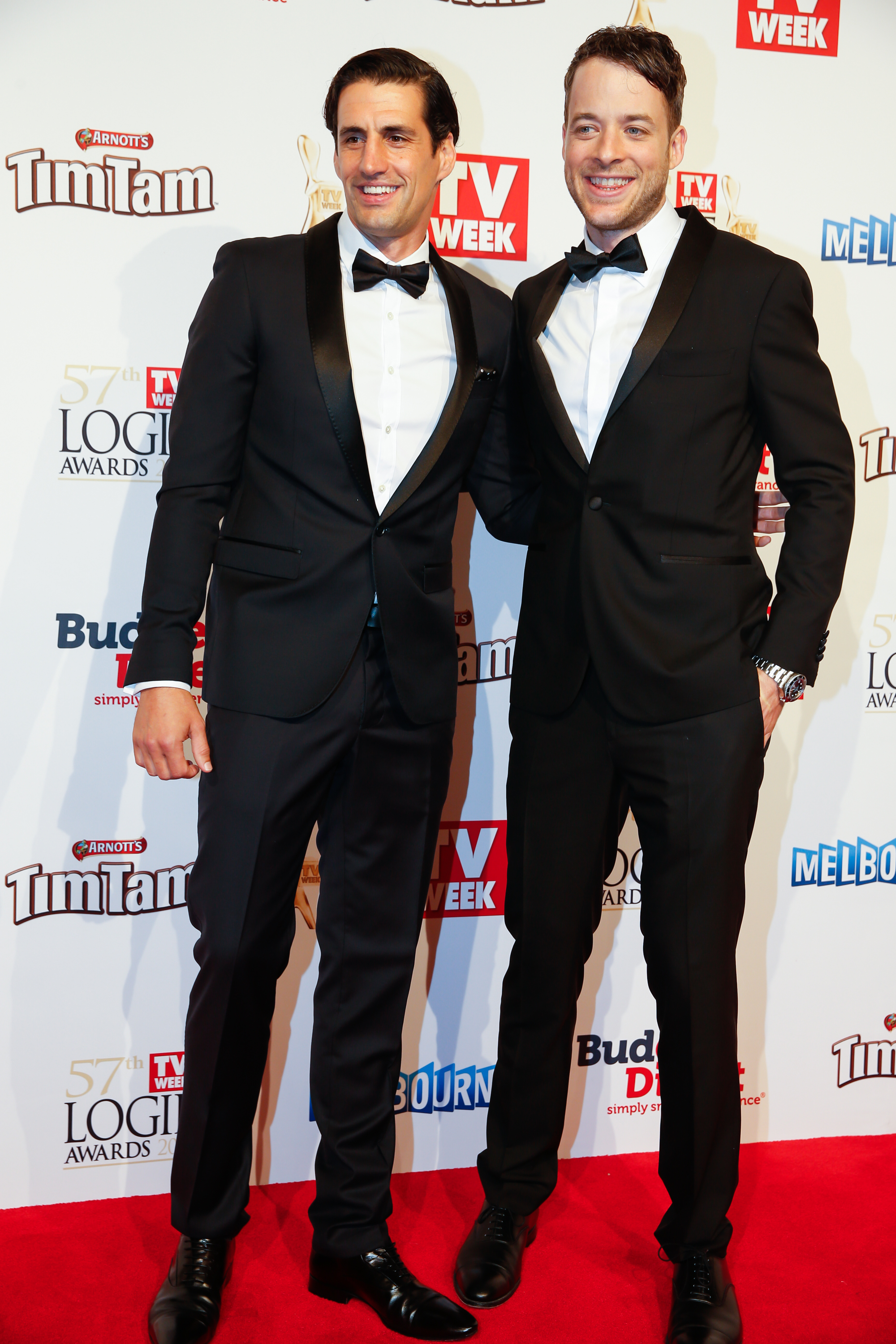 Last but not least, Hamish Blake buzzed down the red carpet as one of the last guests to arrive. Competing with his partner in crime Andy Lee for the coveted Gold Logie, both were nominated for their Gap Year comedy travel series. If it’s one thing you know you’ll get out of Hamish, it’s an honest an answer. “I’m looking forward to dinner. I’m starving and shaking my bon bon with Ricky Martin which is the aim of every Logies whether he is here or not,” he said. Now THAT’s gold!

The red carpet fashion really was, just like a mixed lolly bag- addictive, sweet, sour, colourful and in array of shapes and sizes and well, something for everyone.